Three Mobile customers can claim £20 compensation if hit by blackout

Three Mobile is reportedly offering up to £20 in compensation to customers after last week’s network outage — but only to those who complain.

Users of the firm’s network began reporting issues with signal problems and internet access in the late evening on October 16.

The problems carried over into the following day, with tens of thousands of customers left unable to make calls, send text messages or get online. 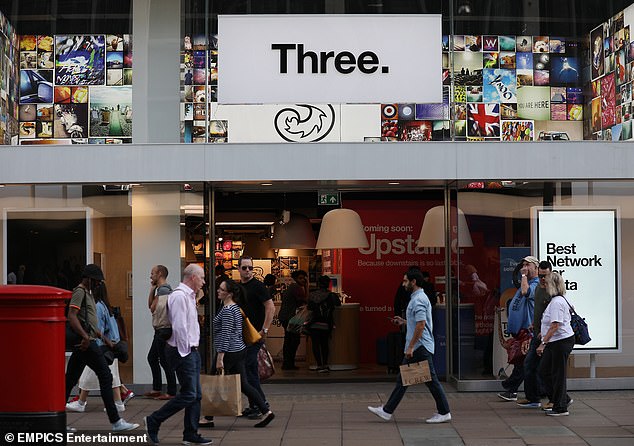 After tweeting on the morning of October 17 admitting it was ‘experiencing technical difficulties’, Three Mobile then suggested users tried the age-old solution of turning their devices off and on again.

Now customers are able to request a refund by getting in contact with Three Mobile either by calling or using the online chat service.

A Three spokesperson said: ‘If you’d like to talk to us about compensation, please call us and we will consider each case on an individual basis.

‘Please be patient because we are experiencing high call volumes.’

Telecoms regulator Ofcom states that customers who are not provided with the service they were promised are entitled to claim compensation.

HOW TO CLAIM COMPENSATION FROM THREE MOBILE

Unlike other networks Three Mobile does not have a written complaints procedure.

In order to claim any compensation you are due after the blackout you must call Three Mobile advisers.

You can do this by calling 333 from your Three mobile.

Alternatively you can speak to an adviser over the internet chat function on the Three Mobile website.

The company states that compensation claims will be assessed on an individual basis.

Customers who had successfully claimed £5 to £20 in compensation from the Three Mobile network took to Twitter to encourage others to speak up.

Huw Richards wrote: ‘They offered me £5 credit off my bill and I told them that it was a p*** take… After another 10 minutes they decided to offer me £10.’

One user by the name of @BolyDon claimed they had been unable to do their work as an Uber driver due to the two day outage and called for the company to offer compensation.

They wrote: ‘You have left me out of pocket this week as your network has been down, I’m an Uber driver so therefore I couldn’t go online to work and use my mobile data nor make or receive phone calls. You need to sort this out, you owe me compensation.’

Steve Nowottny of MoneySavingExpert.com said: ‘Last week’s outage caused significant disruption for a large number of Three users, so many will have been disappointed to learn that Three wasn’t offering automatic compensation.

‘Yet the good news if you’re a Three customer is that if you take the time to make a complaint, there’s a decent chance you’ll get somewhere.

‘We’re already seeing lots of success stories from unhappy customers who’ve complained — many have got a £5-£10 bill credit, while one customer has even managed to wangle £20 off their next bill.’

can, cla, customers, mobile, three
You may also like:

Jupiter at night: How to see the Gas Giant and its four moons this week