Tim Cook lashes out at rivals privacy claims as ‘bunk’

Apple CEO Tim Cook has hit out at Silicon Valley giants who are obsessed with collecting user data.

In an interview with HBO’s Vice News Tonight, he countered claims that companies need to siphon user data in order to make their products better.

Cook didn’t call out any tech firms in particular, but he seemed to be referring to the likes of Facebook and Google.

‘The narrative that some companies will try to get you to believe is: ‘I’ve got to take all of your data to make any service better,” Cook explained.

‘Well, I don’t believe them. Whoever’s telling you that, it’s a bunch of bunk.’

Apple has long maintained strict policies over what kinds of data it’s allowed to collect from users, as well as how it handles the information.

Earlier this year, Apple began requiring developers to clearly communicate how their users’ personal data would be used in apps.

By comparison, Facebook and Google have repeatedly come under fire for how they treat customer data, with Facebook bearing the brunt of the discourse in particular.

Last week, Facebook revealed that it had been hit by a data breach that gave hackers complete access to 50 million users’ profiles. The firm then logged an additional 40 million users out of their accounts as a security measure, bringing the total number of users who were possibly affected to 90 million. 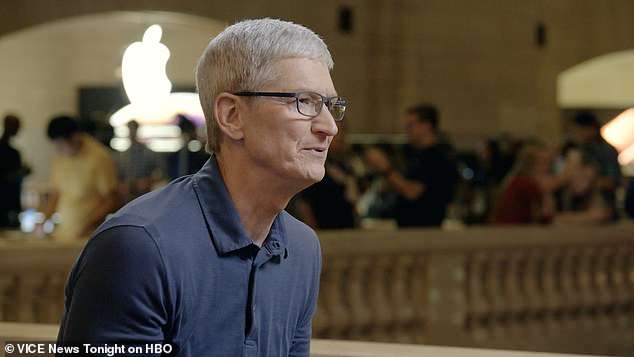 Apple has long maintained strict policies over what kinds of data it’s allowed to collect from users and how that data is handled. Earlier this year, Apple began requiring developers to clearly communicate how their users’ personal data would be used in apps

Cook candidly expressed that that kind of data breach wouldn’t happen at Apple, where user data is closely guarded, even from Apple itself.

‘We’re not in the business of building a detailed profile of you,’ Cook said.

Apple’s critics have often argued that the firm has lost out against competitors because of its reluctance to incorporate user data in its products.

For example, some say Apple’s Siri could edge out Alexa if it took advantage of user data. 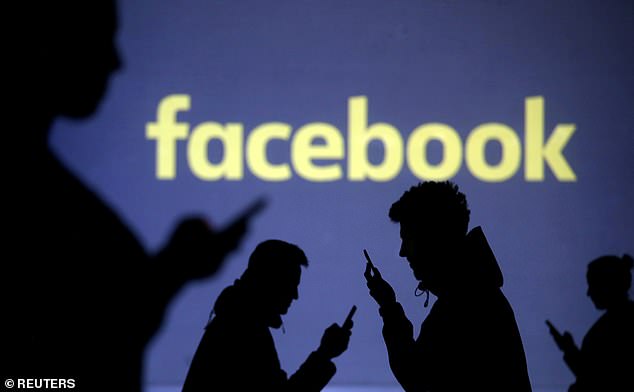 Tim Cook seemingly took a swipe at Facebook, which announced late last week that it had been hit by a data breach that gave hackers access to the profiles of at least 50 million users

Cook denied this and went on to say that Apple’s insistence to respect user data is something that will live on beyond his tenure.

‘I think the next person [who runs Apple], I don’t want to commit them, but I can’t imagine it,’ Cook said.

‘It’s not in my imagination that somebody would just say ‘oh, time to change.’ I don’t see it.’

He went on to call privacy one of the most important issues of this century, maintaining that Apple even protects users’ data in China.

‘We worked with a Chinese company to provide iCloud,’ Cook said. ‘But, the keys to the data are ours.’

As part of a wide-ranging interview, Apple CEO Tim Cook touched on the iPhone maker’s decision to ban Infowars founder Alex Jones from its platforms.

Jones is a controversial radio and podcast host who has been scrubbed from almost every major social media platform, with many of the firms citing violations of their hate speech policies as the justification.

Apple removed the entire iTunes library for five of Jones’s six Infowars podcasts, including the shows ‘War Room’ and the daily ‘The Alex Jones Show.’

In the interview, Cook explained that Apple made the decision independently from the other tech firms. As part of a wide-ranging interview, Apple CEO Tim Cook touched on the iPhone maker’s decision to ban Infowars founder Alex Jones (pictured) from its platforms

‘We make our decisions independently and I think that’s important,’ Cook explained.

Cook also denied that the firm was taking a political stance in banning Jones, instead insisting that it was simply a form of ‘curation.’

‘What users want from us and what we’ve always provided them is a curated platform,’ Cook told Vice.

Jones says his ‘InfoWars’ shows, which are broadcast on radio, YouTube and other platforms, reach at least 70 million people a week.

Among other claims, he has called the 2012 Sandy Hook Elementary School mass shooting a hoax.

He was sued for defamation by families of some of the children killed in that attack, which left 20 children and six adults dead.

Apple, CEO, Cook, face, Lashes, Tim
You may also like: