The amount of time people have spent on video streaming apps has increased by a third since coronavirus lockdown measures were introduced, Virgin Media revealed.

It wasn’t just on-demand programming that increased, the cable television firm says TV consumption as a whole has gone up across all platforms since lockdown.

This is in part due to a massive rise in people working from home, home schooling or on furlough in a bid to slow the spread of the deadly pandemic.

Netflix usage time shot up by 32 per cent, according to Virgin Media, while YouTube was accessed by 16 per cent more users than before lockdown. 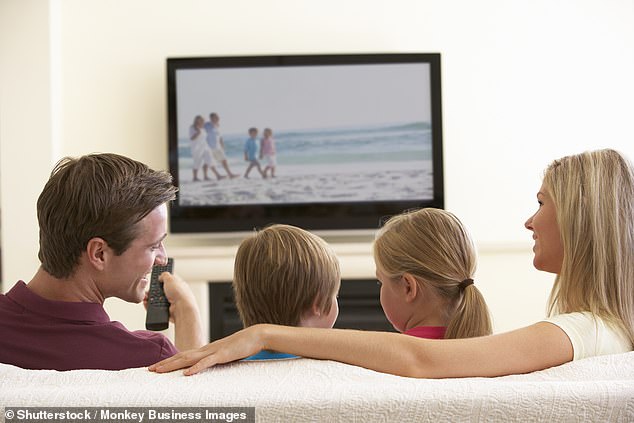 It wasn’t just on-demand programming that increased, the cable television firm says TV consumption as a whole has gone up across all platforms since lockdown. Stock image

Traditional TV viewing also spiked, with news channels experiencing the largest increase in viewership – at 25 minutes a day at the beginning of lockdown.

A similar effect happened for music, radio and children’s channels as families found themselves unable to go out of the house.

Saturday 28 March was the busiest day for customers using streaming apps like Netflix with a 42 pre cent growth compared to the eight previous Saturdays.

‘The Big Night In’ from the BBC was the most viewed event over the lockdown months, according to Virgin Media in house data.

Away from general entertainment a lot of philostorgie was happening as parents gave up the remote to their children – with Pepper Pig, Paw Patrol and Fireman Sam proving popular among the younger viewers.

With the majority of schools closed throughout the country, viewers spent five hours more on average during April watching Pay TV kids channels such as Nickelodeon and Cartoon Network compared to February.

This changed when the Bundlesliga returned in May, Dortmund’s fixture against Bayern Munich on Tuesday 26 May was watched by 111 per cent more customers than their previous league fixture on Saturday 11 November.

The Premier League match between Manchester City and Arsenal saw a 47 per cent rise in viewing numbers compared with respective matches in 2019 and 2018.

Virgin Media said there was a third more customers turning to the Virgin TV Go on demand service in early lockdown.

‘The growth in demand for multiscreen viewing has continued throughout lockdown and now live sport has returned to our screens, Virgin TV Go use of live TV has increased 12% increase in May when compared to April,’ the firm said.

Scotland watched more linear TV channels than any other region in the UK, clocking in 46 additional minutes per day.

This was followed by Northern Ireland at 44 minutes, and London and the North East at 42 minutes television viewing time each. 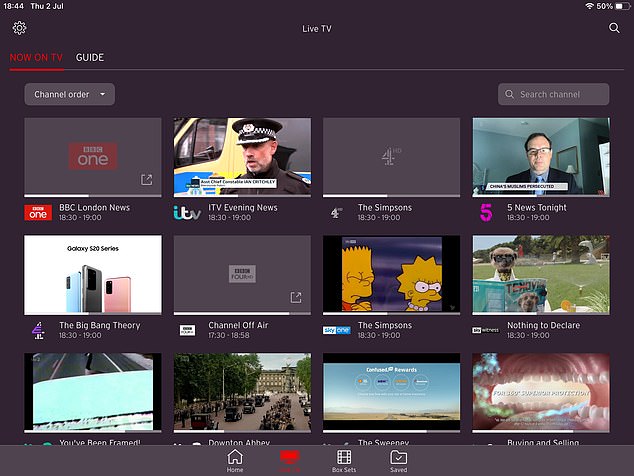 ‘Whether tuning in to the latest news or catching up on favourite movie or TV series, our customers have been glued to their television sets throughout lockdown to stay informed and entertained.’

When it comes to the most popular general entertainment programmes throughout April and May, Britain’s Got Talent; Coronation Street; Gordon, Gino and Fred: American Road Trip and Antiques Roadshow topped the charts.

It wasn’t just Virgin Media that saw a spike in users due to lockdown, BBC iPlayer reported record monthly viewing figures in May.

There were 570 million requests to stream programmes on the platform – up 72 per cent on the same month in 2019.

The success was in part driven by hit programmes including Normal People and Killing Eve, according to the corporation.

on, spent, streaming, time, video
You may also like: