Well-preserved fossils of a newly discovered species that scientist are calling ‘dancing dragon’ are shedding new light on evolutionary gaps between dinosaurs and birds.

Researchers say Wulong bohaiensis, which translates to ‘ a dancing dragon’ was a two-legged Cretaceous Period dinosaur that was a bit larger than a crow and lived in lakeside environments about 120-million years ago.

It possessed a scaly face, a mouth full of pointy teeth and one particularly dangerous toe claw, and most likely fed on small mammals, lizards, birds and fish. 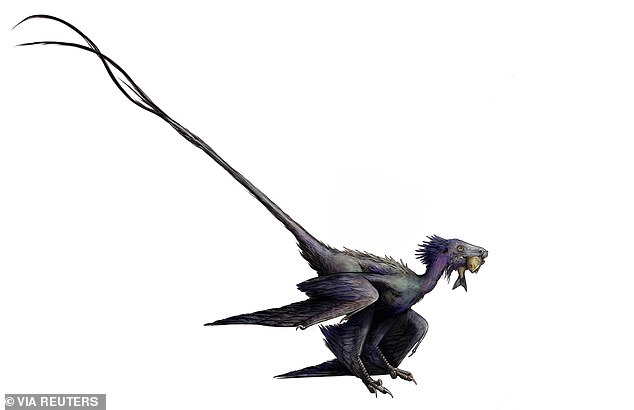 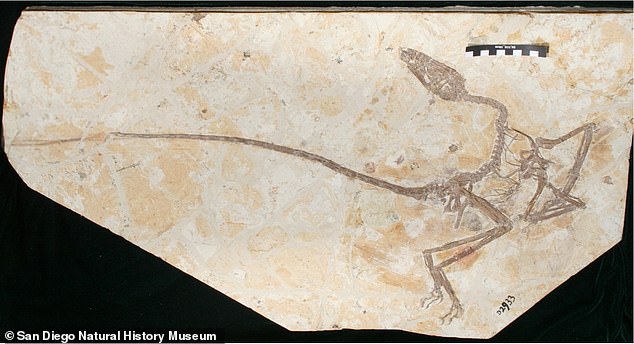 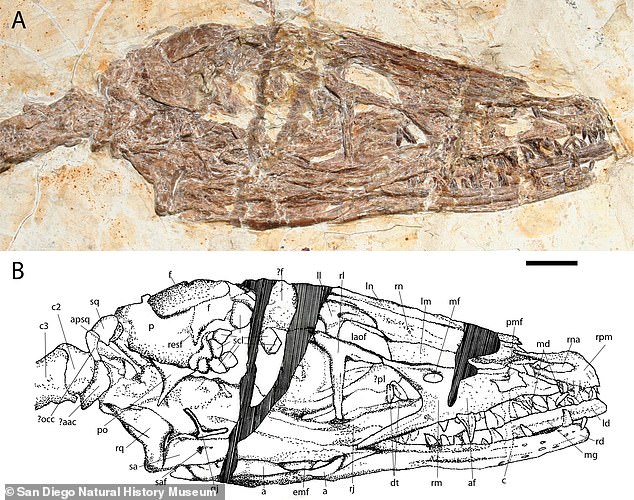 Wulong’s fossil, unearthed in Liaoning Province in northeastern China nearly a decade ago and recently unveiled in a paper publish The Anatomical Record, includes a complete skeleton as well as soft tissues like feathers rarely preserved in such detail.

Its long arms and legs each had sets of feathers that looked similar to those on bird wings, while most of the rest of its body was covered by fluffy filaments.

At the end of its long, bony tail – fused into a stiff rod – were two very long feathers.

While scientists know that the dinosaur was covered with feathers, they’re less sure exactly how those feathers were used and say its discovery could help further illuminate a period in which dinosaurs spread their wings and began to evolve into present-day birds.

‘The new dinosaur fits in with an incredible radiation of feathered, winged animals that are closely related to the origin of birds,’ said Dr. Ashley Poust, who analyzed the specimen while he was a student at Montana State University.

‘Studying specimens like this not only shows us the sometimes surprising paths that ancient life has taken, but also allows us to test ideas about how important bird characteristics, including flight, arose in the distant past.’ 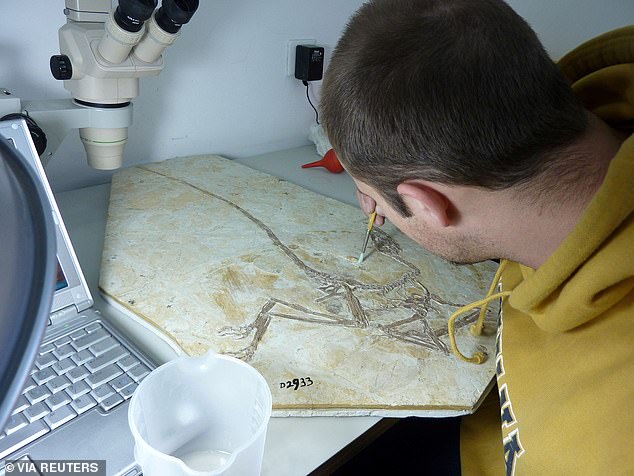 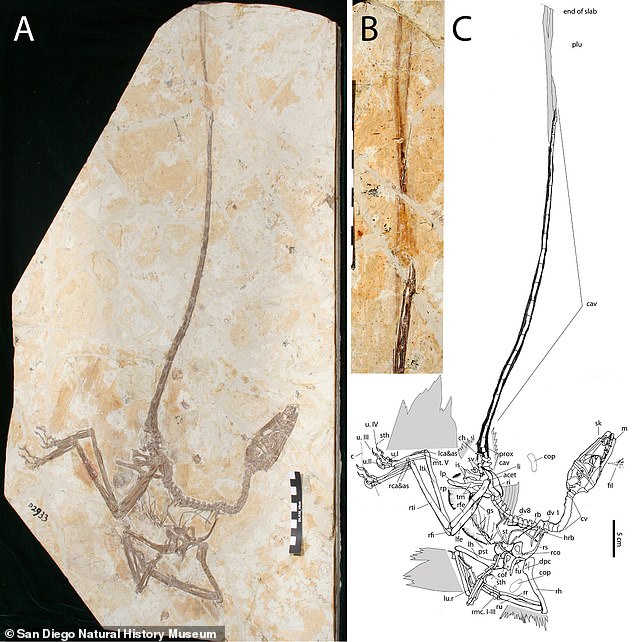 Scientists are eager to understand the plumage differences between birds and these feathered dinosaurs. A close examination of bones showed this Wulong individual was about a year old, a juvenile still growing.

‘Living birds shoot up to adult size very quickly, mainly as a way of getting strong enough to fly as soon as they can. But they may delay getting their adult feathers for a long time. Gulls, for example, don’t look like adults for three or four years even though they learn to fly in only three months,’ Poust said.

The young Wulong appeared to have an adult’s plumage.

‘And it has long, isolated plumes extending from its already-very-long tail. This is quite different from living birds and tells us that these decorative feathers preceded adulthood in dinosaurs. Of course, perhaps they’re using these feathers in a very different way from living birds, too.’

Coronavirus lockdown: Up to 120,000 European lives already saved thanks to measures

Scientists call for a coronavirus app to track who patients

Moon base: Astronauts could use WEE to build base on the Moon