Turtles may become endangered in some parts of the world as climate change continues to take hold, experts have revealed. Turtles use beaches to lay their eggs, but warmer sand increases the chances of a female being born, which tips the balance for a healthy ratio of sexes.

If more and more turtles are born as female, it puts the marine turtles at risk of extinction.

The optimum sex ratio is around 50:50, as that provides the perfect balance for reproduction.

But a sand temperature of 29.3 degrees Celsius or above makes it increasingly likely that turtles will be born female – a phenomenon known as temperature-dependent sex determination.

Around the Red Sea, in Egypt, Sudan and Saudi Arabia, the temperature of the sand is continuing to rise. 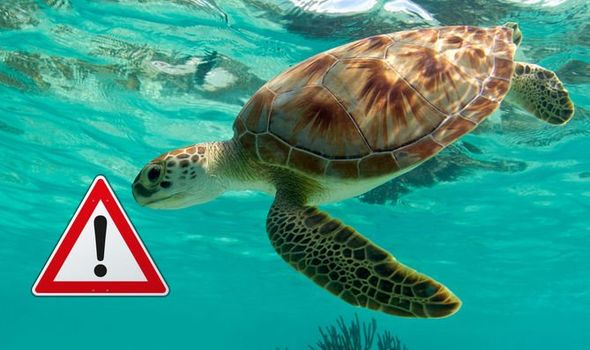 The Red Sea is one of the world’s most popular locations for turtles, according to scientists at King Abdullah University of Science and Technology (KAUST).

It’s home to five of the seven species of sea turtles, including green turtles and hawksbill turtles.

Both of these types of turtle are endangered, and experts wanted to assess whether climate change could be playing a role in the future of their survival.

“Marine turtles are particularly vulnerable to temperature shifts because they demonstrate temperature-dependent sex determination, meaning that the sex of hatchlings is determined by the temperature of the nest during incubation,” said KAUST phD student Lyndsey Tanabe.

“Marine turtles have survived since the late Triassic period and have adapted to past climatic shifts.

“The current rate of anthropogenic-driven temperature change is unprecedented.”

The scientists measured the sand temperature at five separate nesting sites around the Red Sea, to investigate whether turtles are predominantly being born as female.

Temperature measurements were taken every 15 minutes for a period of five months. 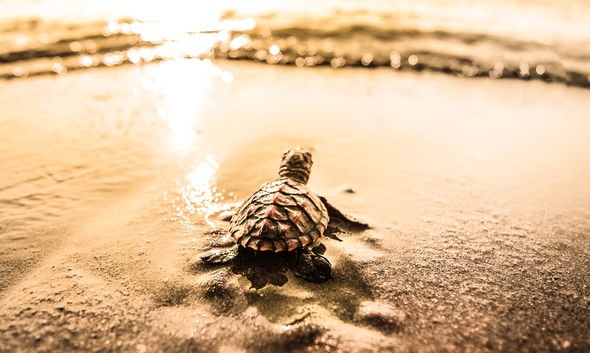 Four of the five study sites had temperatures higher than the 29.2 degree Celsius threshold.

The results hint at the possibility that most of the turtles being born at these sites were female.

But, seeing as the Red Sea nesting sites are generally warmer than anywhere else in the world, the turtles may have already adapted to living in these extreme climates, added Tanabe.

“We must be cautious in claiming that feminization is definitely happening,” she said.

“It is concerning, however, that sand temperatures as high as 36 degrees Celsius were measured at some sites. This could pose a considerable threat to their survival.”

Nearly all species of sea turtle are classified as endangered, while three of the seven species are critically endangered.

Their population numbers have fallen over a period of 200 years, almost exclusively as a result of human activities.

Turtles have been targeted for their eggs, skin, shells and meat, while others have been poached or accidentally caught in fishing equipment.