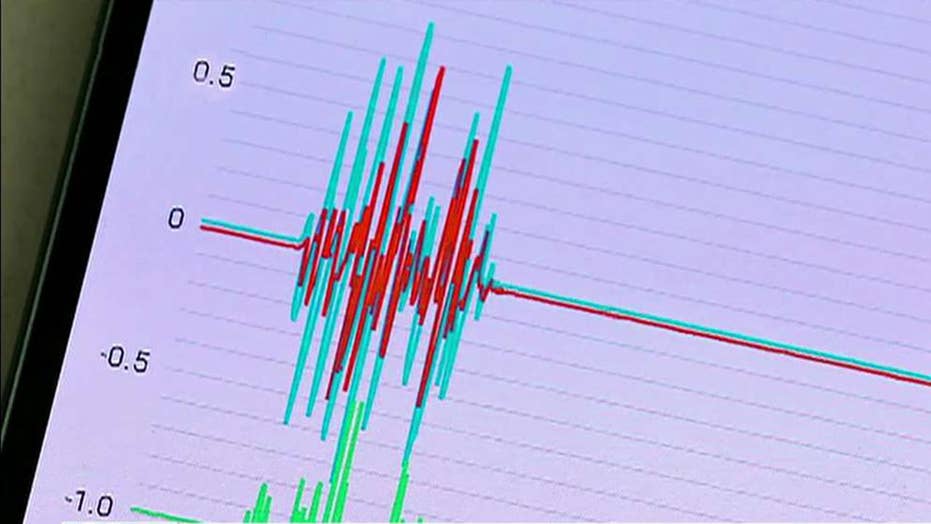 Two 3.4 magnitude earthquakes struck hours apart in the same area in Northern California on Sunday, according to officials.

The U.S. Geological Survey said that the first quake struck at 3:54 p.m. local time at a depth of 3.3 miles, less than six miles northeast of Milpitas along the Calaveras Reservoir.

The second quake was reported around 10:20 p.m. local time at a depth of 2.7 miles in the same area.

THE RING OF FIRE EXPLAINED

There were no reports of damage or injuries from either of the earthquakes. 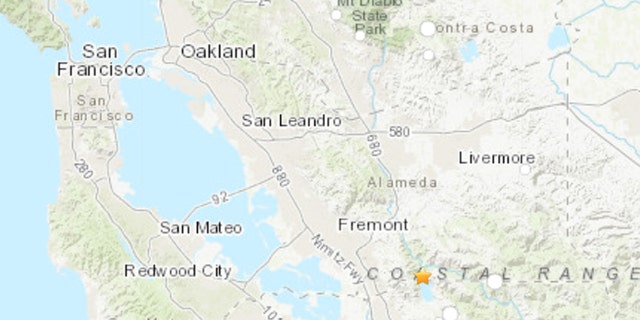 Shake reports from the USGS show that San Francisco Bay Area residents felt the quakes in Milpitas, Fremont and in parts of San Jose.

The region is located along the volatile "Ring of Fire" seismic fault system that circles the Pacific Ocean.

This area is the location of most of Earth's subduction zones, where oceanic plates slide under the lighter continental plates.

Earthquakes tend to happen when those plates scrape or subside underneath each other, and when that happens at sea it can spawn tsunamis.

earthquakes, Fr, rattle, San, twin
You may also like:

A new COVID-19 challenge: Mutations rise along with cases

Motor neurone disease damage could be REVERSED with existing drugs