Twitter is overhauling the way that users tune into live experiences on the app.

On Wednesday, the tech giant announced that it’s making some major updates to the Explore and Moments tabs.

Many of the changes will roll out to US iOS/Android users in the coming months. 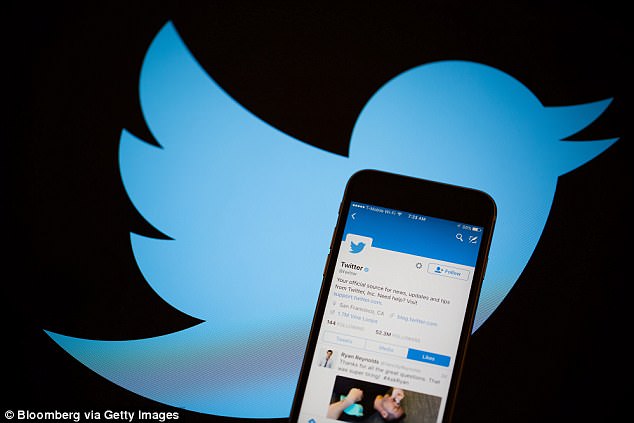 On Wednesday, the tech giant announced that it’s making some major updates to the Explore and Moments tabs. Many of the changes will appear for US iOS/Android users in a few months

Twitter is overhauling its Explore and Moments tabs in its app.

Most of the changes are tailored around serving up more personalized content for users.

The updates will appear for US users in iOS/Android in the coming months.

Here are the major announcements:

A common criticism of the app is that it’s hard to discover news catered to your interests, but the update hopes to change that.

‘Right now if you want to follow #NBATwitter, or any news, you have to find the relevant accounts, hashtags, or Moments to follow. But this could be easier,’ Keith Coleman, vice president of product at Twitter, said in a blog post.

To that end, Twitter is launching new tabs in the Explore section, including ‘Trending,’ ‘For you,’ ‘News,’ ‘Sports’ and ‘Fun.’

Instead of being categorized by content type, it’ll now be divided up based on topic.

‘It’ll be easier to find and follow the big events and stories you care about in your timeline, notifications and explore,’ Coleman added.

CEO Jack Dorsey added  in a tweet that the new update ‘really gets closer to what Twitter wants to be.’

Twitter will start displaying personalized notifications for users based on their interests. Search results will also display related stories, bigger pictures and buttons

The app will also send personalized push notifications if an event believed to be in line with your interests is happening.

‘You can always turn off these notifications by going to your recommendations settings and toggling to not see news,’ Coleman explained.

Notifications will also appear as a ‘Happening Now’ signal at the top of your timeline.

Previously, this feature was restricted to sporting events, but Twitter is now expanding it based on a user’s interests, as well as a variety of breaking news items.

Twitter will now display big buttons and pictures in search results that direct users to related stories. The app will also send personalized push notifications based on your interests

Moments are also getting refreshed to ‘show everything you’d want to see.’

Now, any live videos posted around the moment will be shown at the top of the screen.

Most notably, there will be multiple timelines in the Moments tab: One that includes a recap of tweets posted around the event and another that includes the latest updates and commentary.

Twitter is also redesigning Moments so that they’re able to be viewed vertically, rather than horizontally.

The company says it discovered via user feedback that they were more likely to continue browsing through Moments if they were presented vertically.

However, some Moments outside the US, sponsored moments and moments created by users will still remain horizontal as Twitter launches the new design. 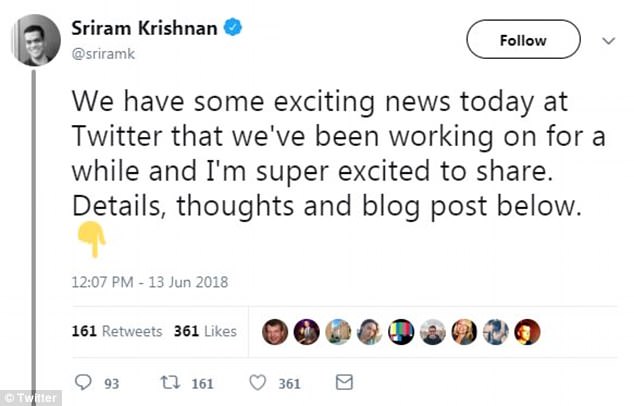 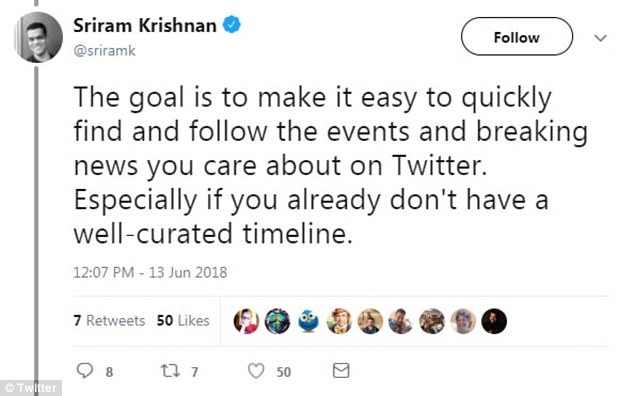 In addition to personalized push notifications, Twitter will now show personalized news at the top of your timeline.

The ultimate goal is that users will be able to discover news and events they’re interested in more quickly.

‘Say, if you were looking at the cup of something, at a soccer game, we didn’t make it that easy for you to come out of that Moment into the live conversation to see where it’s going,’ Joana Geary, Twitter’s director of curation, told Engadget.

‘That’s one of the things that we’ve changed and that we’re changing, so that you can have both the live conversation and that Moments recap in the same place’

‘Once you’re up to speed, you can get straight into seeing what everyone else is saying about this,’ Geary added.

Twitter first launched Moments on its app in 2015, before launching the ability for anyone to create their own Moment in 2016.