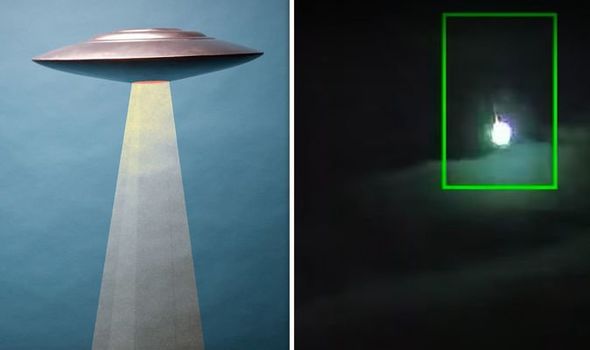 Shocking footage shows a small light dart leaving a glowing trail behind it. The brightness of the object made it look like a meteor heading to Earth until it took a startling turn across the night sky. One resident captured the turn of events on her motion sensor camera and shared it with YouTube channel thirdphaseofmoon.

As the light moves to the left, it quickly disappears leaving people wondering if it could be a sign of alien life.

Blake and Brett Cousins who run the YouTube channel believe it could be.

In the clip, Brett said: “It looks like this thing moves so fast that the tracking position fell off the mark.

“I have never seen anything that can move this fast unless it is alien in origin.” 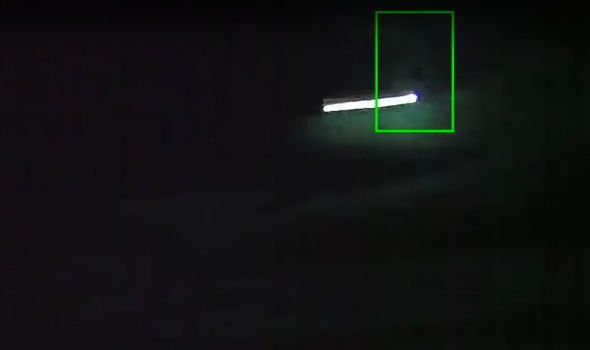 Blake then added: “Can you imagine the distance when it comes from the atmosphere down and makes a harsh bank to the left.

“It is covering miles and miles of space within a split-second.”

The cousins don’t believe the “craft” could have been a comet of ball of lightning due to its sudden change of speed.

One believer commented: “It knew the second it got scanned it zipped right out of there.” 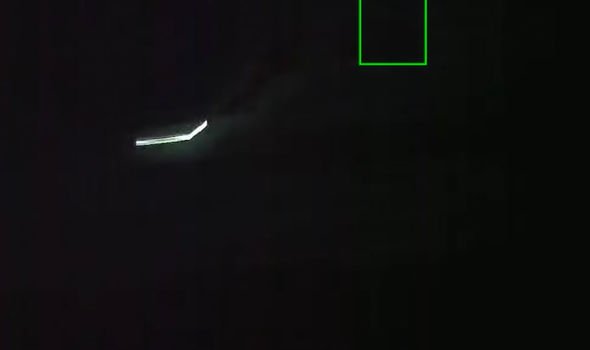 While another added: “I saw this in orbit about 15 years ago. My wife saw it too. Incredible 90 degree turn. I said, ‘you know that’s not possible right’. She just said she saw it but couldn’t explain it.”

A third person said: “Can’t deny ufos with this evidence. Maybe deny aliens, but this tech seems out of this world.”

However, others denied it was proof of aliens.

One person commented: “Looks like the camera panning with some digital artefacts?”

Another added: “I saw ball lightning that looked just like that once.”

Col, headlines, UFO, ufo sighting
You may also like: