A strange sighting was spotted over England’s Hereford when a strange entity began floating overhead. The odd being looks like a cloud with a huge hole through its centre, but alien hunters believe it is a certified UFO. According to conspiracy theorists, this is the elusive evidence that they needed to prove the existence of aliens.

What is more is that the same alien hunters claim it is proof that extraterrestrials have been examining our planet for thousands of years.

Prominent alien hunter Scott C Waring wrote on his blog ET Database: “This is a great example of a UFO that has made a disk cloud around it so that it could fly low and close to the public. Look how low this one is.

“It wouldn’t surprise me if they had windows or transparent walls that allow the aliens to look down at the people and activities below.

“Absolutely amazing catch of a perfect disk over England yesterday. Aliens have been around us for thousands of years, but we are wising up, our technology and our intelligence is increasing and they wont be able to hide from us for long. 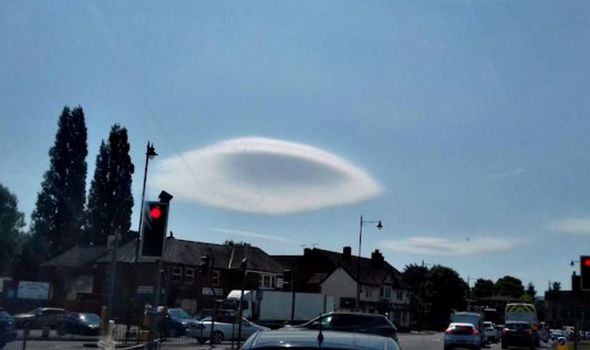 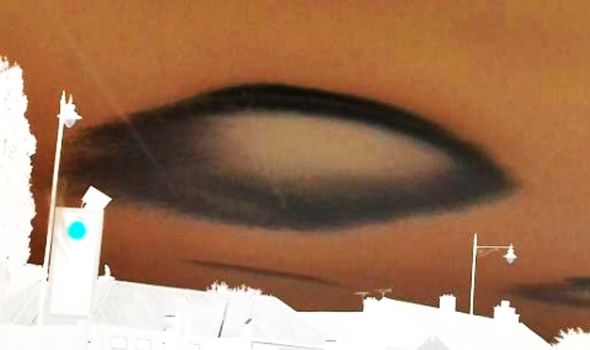 “The public will expose them. We don’t need any help from any government.

However, weather experts would state the object is a lenticular cloud – a cloud which forms when air blows across a mountain range or hill, bouncing up into the sky and puncturing a hole in a cloud giving it the flying saucer look.

While the existence of aliens has never been confirmed, the US Department of Defense has recently acknowledged a video from a US Navy pilot’s radar footage of a mystery UFO with “glowing aura” and flying erratically.

The video first circulated back in 2017, but it took the DoD three years to acknowledge the video’s existence. 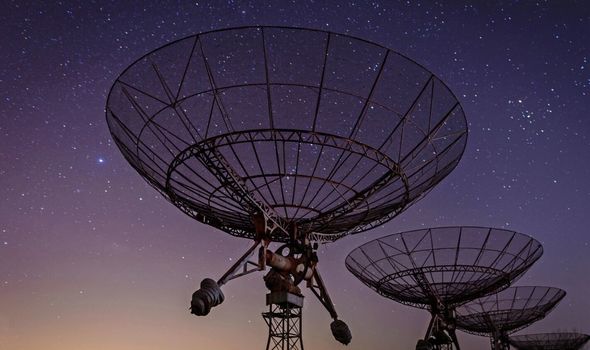 She said: “After a thorough review, the department has determined that the authorised release of these unclassified videos does not reveal any sensitive capabilities or systems and does not impinge on any subsequent investigations of military air space incursions by unidentified aerial phenomena.”

When the 2017 footage emerged, a former Pentagon employee Luis Elizondo, who headed up a secret official UFO program, said it was “compelling evidence” we might not be alone in the universe.