This footage is real, it checks out and is not CGI

And once the image zoomed into using sophisticated photo editing software, the white speck appears as a vague triangle.

Self-styled ET expert Scott Waring thinks it is no accident it occurred some close to apparent alien hotspot Nellis Air Force Base.

Mr Waring took to his UFO Sightings Daily blog to speculate about the dubious find. 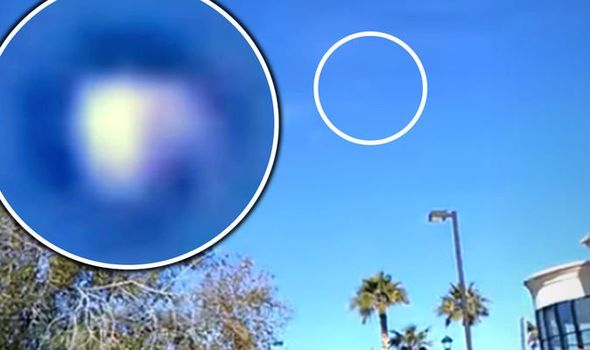 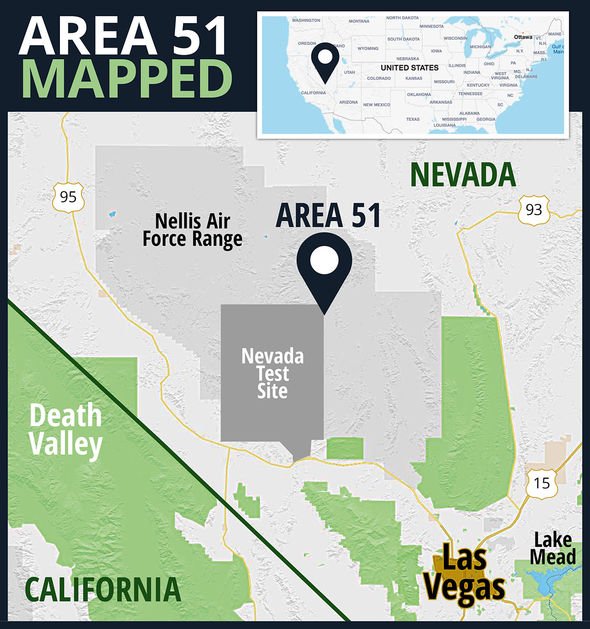 He said: “Here is some very shaky raw footage of a white triangle UFO over Las Vegas, Nevada this week.

“This footage is real, it checks out and is not CGI. z

“I have had contact with some people in Las Vegas over the last ten years or so that have also see these white UFOs over Vegas frequently.

Nellis AFB [Air Force Base] is in Las Vegas and it’s known for having a Tall Whites alien base behind the old firing range of Nellis AFB. 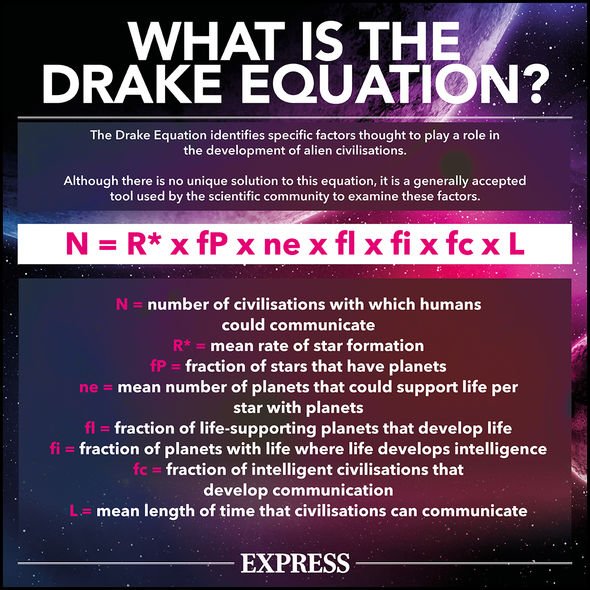 “This ship fits the description of the Tall Whites craft.

I believe this is a remote controlled craft – a drone from the Tall White underground base.

“They are stubborn and do what they want when and how they want.”

The Tall Whites Mr Waring is referring is the bizarre theory humanoids with stereotypical “Nordic features” have featured in several cases of extraterrestrial contact. 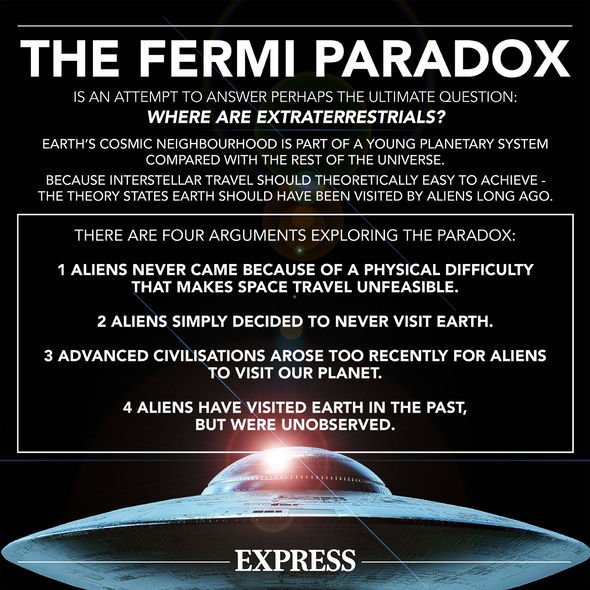 They are said to originate from ancient Earth but present themselves as ETs.

Mr Waring then offers an explanation, without offering any evidence for the “alien” evidence.

He said: “Why observe us? Humanity has many cultures, rituals and races.

“We are very different from their genetically enhanced race.

However, even the briefest glance at the poor quality video shows the “UFO” is in fact simply a plane.

Such a winged object will start resembling a triangle once it has been zoomed many times.

This phenomenon, in which the brain sees objects in a field of visual noise, is called pareidolia.

Evolutionary psychologists suggest the phenomenon was once advantageous to our ancient ancestors.