UK’s renewable energy capacity has overtaken that of fossil fuels

Britain’s renewable electricity capacity has overtaken that of fossil fuel generators such as gas and coal for the first time, a report found.

The nation aims to increase its renewable output and close its coal-fired power plants by 2025 as part of efforts to meet climate targets.

Available capacity of renewable electricity generation such as wind, solar and biomass hit 42 gigawatts (GW) in Britain this year. 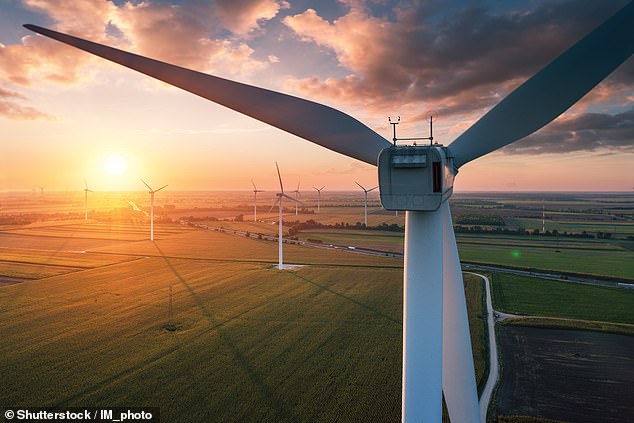 Britain’s renewable electricity capacity has overtaken that of fossil fuel generators such as gas and coal for the first time, a report found (stock image)

‘A third of fossil fuel generating capacity has retired over the last five years – whilst the capacity from wind, solar, biomass, hydro and other renewables has tripled,’ the report said.

This year Britain’s renewable capacity has been boosted by the addition of several offshore wind projects including the Walney Extension which at 660 megawatts is the world’s largest offshore wind farm.

Of the main renewable sources, Britain now has more than 20 GW of wind power capacity, 13 GW of solar and 3.2 GW of biomass, the report said.

Britain has a target to cut its greenhouse gas emissions by 80 percent compared with 1990 levels by 2050 and has asked its climate change experts to advise on whether it should set a date to meet a net zero emissions target. 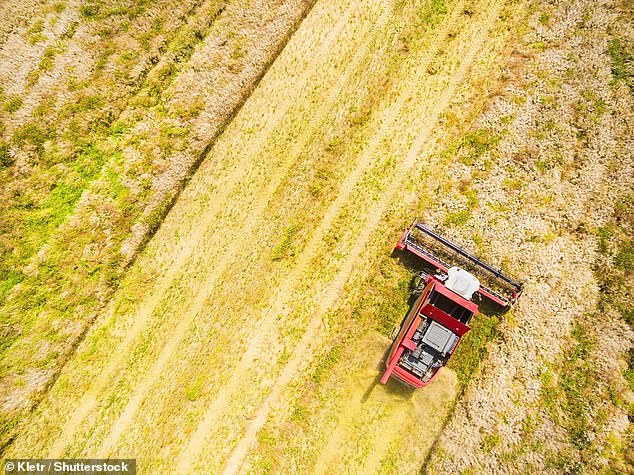 A recent study found Jobs in the US could be maintained and even boosted while coal-fired power plants are phased out in favour of biofuels. This image shows harvesters collecting the type of material that can be used as biomass (stock image)

It comes as a new study published this month found that jobs in the US could be maintained and even boosted while coal-fired power plants are phased out.

Researchers looked into the impact of cutting coal plant jobs at the same time as developing new environmentally friendly technologies.

This includes using biomass – renewable and sustainable fuel developed from organic materials – as well as carbon capture and storage techniques.

Experts say this approach would retain 40,000 jobs currently held as part of the coal industry.

It would also create 22,000 new jobs in the forestry and transportation sectors by the middle of this century, they claim.

Experts from the International Institute for Applied Systems Analysis in Laxenburg, Austria made the calculations.

The full findings of the study were published in the journal Joule.

WHAT IS BIOFUEL AND HOW IS IT PRODUCED?

Biomass is fuel that is developed from organic materials, a renewable and sustainable source of energy used to create electricity or other forms of power.

Some examples of materials that make up biomass fuels are scrap lumber, forest debris, crops, manure and some types of waste residues.

With a constant supply of waste – from construction and demolition activities, to wood not used in papermaking, to municipal solid waste – green energy production can continue indefinitely.

Biomass is a renewable source of fuel to produce energy because waste residues will always exist – in terms of scrap wood, mill residuals and forest resources.

Biomass power is carbon neutral electricity generated from this renewable organic waste that would otherwise be dumped in landfills, openly burned, or left as fodder for forest fires.

When burned, the energy in biomass is released as heat. If you have a fireplace, you already are participating in the use of biomass as the wood you burn in it is a biomass fuel.

In biomass power plants, wood waste or other waste is burned to produce steam that runs a turbine to make electricity, or that provides heat to industries and homes.

Fortunately, new technologies – including pollution controls and combustion engineering – have advanced to the point that any emissions from burning biomass in industrial facilities are generally less than emissions produced when using fossil fuels like coal, natural gas and oil.