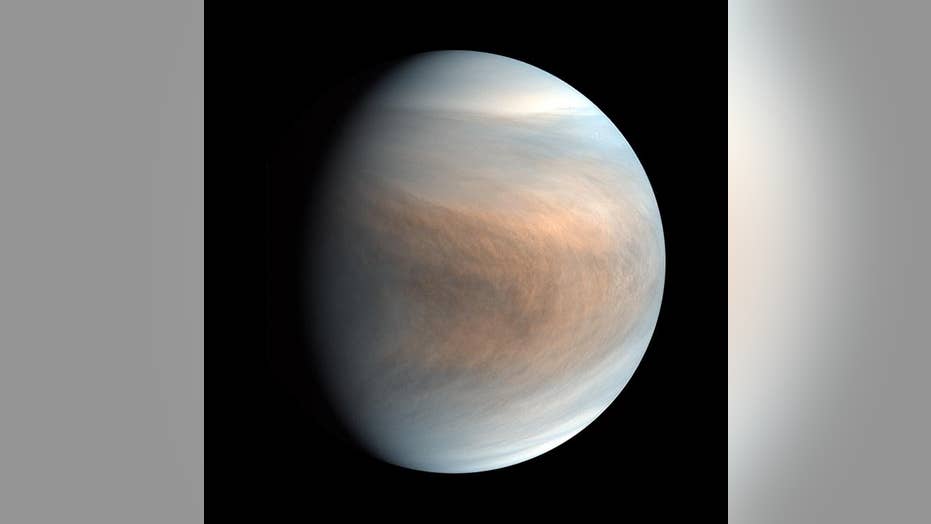 Just days after scientists said they discovered the presence of phosphine in the clouds of Venus, the head of Russia's space agency declared "Earth's evil twin" a "Russian planet."

Dmitry Rogozin, the director general of Russian space agency Roscosmos, said the second planet from the sun is a "Russian planet" as the former Soviet Union landed a probe on Venus decades ago.

“Our country [the Soviet Union] was the first and only one to successfully land on Venus,” Rogozin said in an interview with The Times. “The spacecraft gathered information about the planet — it is like hell over there.” 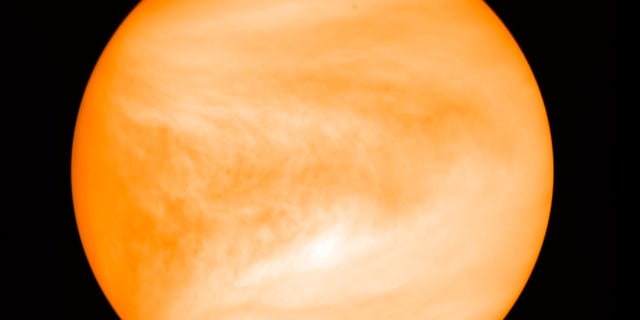 This May 2016 photo provided by researcher Jane Greaves shows the planet Venus, seen from the Japan Aerospace Exploration Agency’s Akatsuki probe. A report released on Monday, Sept. 14, 2020 says astronomers have found a potential signal of life high in the atmosphere of our nearest neighboring planet. (J. Greaves/Cardiff University/JAXA via AP)

“We believe that Venus is a Russian planet," he added.

The Soviet-era Venera program was designed to learn more about the planet Venus, which some researchers believe was habitable in its distant past. The Venera program, which lasted between 1961 and 1984, saw a number of achievements, including a soft landing on the planet on Dec. 15, 1970 (Venera 7), the first of its kind.

The comments from Rogozin come just days after NASA Administrator Jim Bridenstine said the planet is "one stop in our search for life."

“Today, we are on the cusp of amazing discoveries that could tell us more about the possibility of life off the Earth,” Bridenstine said in a statement issued last week. 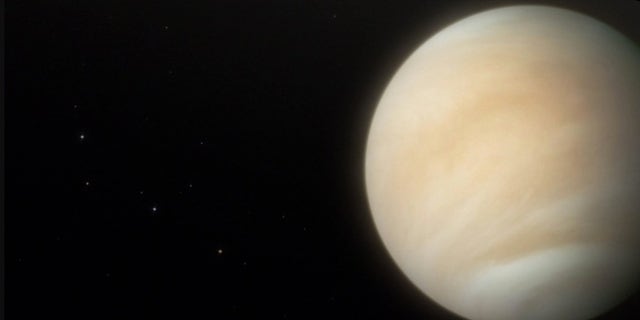 Last week, new research from an international team of astronomers revealed the discovery of a rare molecule, phosphine, in the clouds of Venus. The scientists noted that, on Earth, the gas is only made industrially or by microbes that thrive in oxygen-free environments.

The research, led by Professor Jane Greaves of Cardiff University in the U.K., was announced by the Royal Astronomical Society and published in the journal Nature Astronomy.

In addition, Bridenstine revealed the space agency is considering two of the four Discovery missions that will be selected next year that are proposed missions to Venus.

NASA is also partnering with Europe on another proposed Venus mission called EnVision, according to Bridenstine.

Fox News has reached out to Roscosmos and NASA with a request for comment.

Venus, which has been called "Earth's evil twin," has an extremely harsh climate, with a surface temperature of 864 degrees Fahrenheit. It's likely too hot to support life, but NASA has recently said that it intends to explore the planet. In July, researchers revealed that Venus has nearly 40 active volcanoes on its surface.

Separately in July, a number of researchers argued that going to the second planet in the Solar System could have benefits for a manned mission to Mars.

In late 2019, NASA said it was working on a stingray-like spacecraft to explore the planet, which has more volcanoes than any other celestial body in the Solar System.

a, is, plane, Russian, Venus
You may also like: