People who take Vitamin D and calcium twice a day are less likely to suffer from vertigo, study shows

People who take Vitamin D and calcium twice a day are less likely to suffer from vertigo — the debilitating condition that affects balance — a study has found.

‘Benign paroxysmal positional vertigo’ (BPPV) is a disorder of the inner ear in which changes in the position of one’s head result in a sensation of spinning or motion.

Each attack can last up to a minute — and may also be accompanied by nausea.

To treat BPPV, doctors employ a series of head movements on patients to help shift the particles in the ears that cause the sensation — but the symptom often recurs.

Experts estimate that around 86 per cent of people who suffer from  BPPV find that it regularly interrupts their daily life, or forces them to take sick days from work. 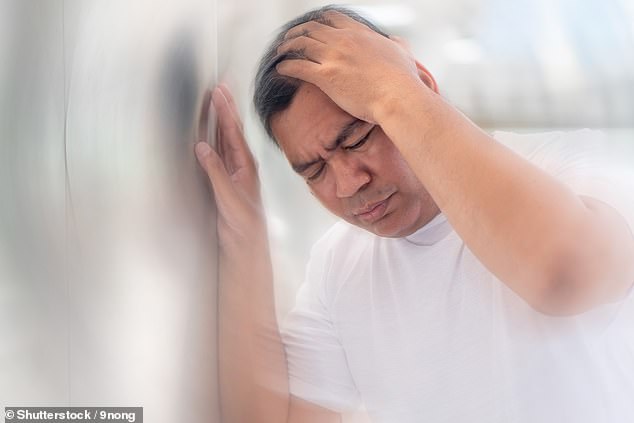 People who take Vitamin D and calcium twice a day are less likely to suffer from vertigo — the debilitating condition that affects balance, pictured — a study has found (stock image)

In their study, neurologist Ji-Soo Kim of the Seoul National University College of Medicine in Korea and colleagues recruited more than 950 patients with BPPV who had previously been successfully treated with the head movement technique.

The researchers split the participant into two groups — one on which they conducted an intervention with supplements, and the other to form a control.

The 445 people in the first group had their vitamin D levels taken at the study’s start — and the 348 with levels under 20 nanograms per millilitre were started on 400 international units of vitamin D and 500 milligrams of calcium twice daily.

In contrast, the 512 people in the control group did not have their vitamin D levels monitored, nor did they receive supplements.

The researchers found that the individuals in the intervention group who were given supplements had fewer vertigo episodes after an average of one year than those in the control group.

Specifically, the supplement receivers had 0.83 attacks each year on average — 24 per cent less than those in the control group, who had around 1.1 attacks per year. 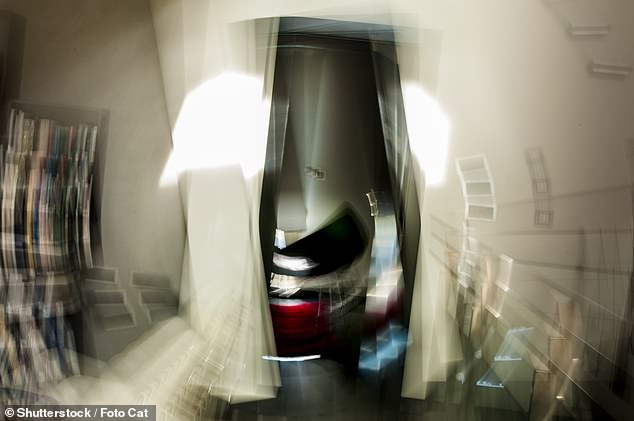 ‘Benign paroxysmal positional vertigo’ (BPPV) is a disorder of the inner ear in which changes in the position of one’s head result in a sensation of spinning or motion, pictured. Each attack can last up to a minute — and may also be accompanied by nausea (stock image)

‘Our study suggests that for people with benign paroxysmal positional vertigo, taking a supplement of vitamin D and calcium is a simple, low-risk way to prevent vertigo from recurring,’ said Dr Kim.

‘It is especially effective if you have low vitamin D levels to begin with.’

Furthermore, a total of 38 per cent of the people in the intervention group went on to have another attack of vertigo, compared to 47 per cent in the control group.

‘Our results are exciting because so far, going to the doctor to have them perform head movements has been the main way we treat benign paroxysmal positional vertigo,’ Dr Kim added.

‘Our study suggests an inexpensive, low-risk treatment like vitamin D and calcium tablets may be effective at preventing this common, and commonly recurring, disorder.’

The full findings of the study were published in the journal Neurology.

How vertigo can leave the world spinning

Individuals with vertigo experience the sensation of having their surroundings spinning around them. The condition is not usually a sign of underlying illness. However, it is possible for vertigo to be related to inflammation in the inner ear (labyrinthitis), or ear infection.

In a very severe form vertigo is called Ménière’s disease, the sufferer may collapse and experience vomiting and/or ringing in the ears during an attack. Sometimes, antihistamine drugs are prescribed in an effort to control attacks, but these are not always effective.

On a dietary level, avoiding sugar and foods that release sugar quickly into the blood stream such as white bread, white rice, and potatoes can help. These foods can upset the balance of sugar in the blood stream which seems to bring on symptoms in many sufferers.

Opting for foods that release sugar slowly such as wholemeal bread, brown rice, meat, fish, fruits and vegetables. Another thing likely to help maintain blood sugar levels is to eat regular meals, perhaps with healthy snacks such as fresh fruit and nuts (preferably raw) in between.

a, And, calcium, D, TWICE, Vitamin
You may also like: