Waking From Hibernation, the Hard Work of Spring Begins

For animals that hibernate, making it to spring is no small feat. Torpor — the state of reduced bodily activity that occurs during hibernation — is not restful. By the time they emerge, hibernating animals are often sleep-deprived: Most expend huge bursts of energy to arouse themselves occasionally in the winter so their body temperatures don’t dip too low. This back-and-forth is exhausting, and hibernators do it with little to no food and water. By winter’s end, some have shed more than half their body weight.

But just because it’s spring doesn’t mean it’s time to celebrate. Spring means getting ready for the full speed of summer — and after spending a season in slow motion, that requires some ramping up. Here’s a look at what different animals have on the agenda after coming out of winter’s slumber.

A long wake-up for bears 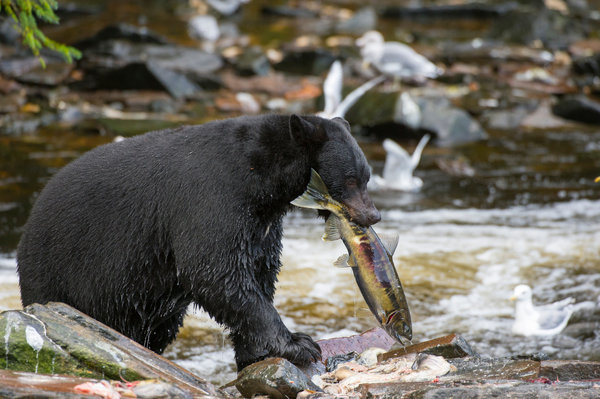 Black bears emerge from their dens in April, but stay lethargic for weeks. During this so-called walking hibernation, they sleep plenty and don’t roam very far. Though they have lost up to one-third of their body weight over winter, they don’t have a huge appetite right away — their metabolism is not yet back to normal. They snack mostly on pussy willows and bunches of snow fleas.

In January or February, some females give birth, typically to two or three cubs. New mothers continue to hibernate, but they go in and out of torpor, staying alert enough to respond to their cubs’ cries. When they emerge from their dens, mama bears find trees with rough bark that her cubs can easily climb for safety.

“Slowly, the bears’ metabolism gears up to normal, active levels,” said Lynn Rogers, a bear expert and principal biologist at the Wildlife Research Institute, a nonprofit in Minnesota. “When plants start sprouting on the forest floor, that’s when they start really moving around.”

No time to waste for bees

Though many insects go dormant over winter, honeybees don’t turn off completely. They stay in their hives, clustered close around their queens, and shiver with their flight muscles to generate heat. Their only food source is the reserve of honey they built up over summer.

When it gets warm, the first thing honeybees do is take flight and defecate all over the place. They don’t want to soil their hives, so they’ve been saving their waste all winter. Then they forage for fresh water.

All the while, they’re on alert for first signs of blooming flowers, when the pollen gathering begins. Fresh pollen prompts the queen to lay eggs, and provides an important protein source for young bees.

This is a time of fierce competition between colonies, said Mehmet Ali Doke, a doctoral candidate at Pennsylvania State University who studies what honeybees do during the winter. “They will start getting into whatever they can — if you’re having a coffee with six cubes of sugar and you left it out on your porch, they will get into that too.”

When bats are in bloom

Fertilization happens a few days after females emerge from hibernation. After leaving their winter caves, they move to a large tree or another cave. “They want a warm, stable environment where they can develop their young,” said Joy M. O’Keefe, a bat expert and assistant professor at Indiana State University.

Bats often return to the same maternity spot year after year, sometimes traveling hundreds of miles to get there. Dozens of mothers will congregate at these sites, cuddling to keep warm. When their pups are born, 50 to 60 days later, mothers may help each other by taking turns foraging for insects and roosting with the group.

With no parenting responsibilities, and perhaps to avoid competing with the females, males will stay in torpor for longer — making their hibernation spaces real man caves in the spring.

Squirrels in an extended adolescence

Arctic ground squirrels hibernate farther north than any other animal. They enter torpor in August or September, and stay in suspended animation underground for up to 270 days, reducing their metabolism by well over 90 percent to survive.

To achieve this, males shrink their testes and stop testosterone production, which means they must experience puberty every spring. When they awaken in mid-March, they live off a cache of seeds, berries, mushrooms and willow leaves while sexually maturing and bulking up.

When they surface in mid-April, the world outside is still covered in snow and temperatures can be as low as minus 20 degrees Fahrenheit. But the males are charged up. For two weeks, testosterone will surge through their bodies and impel them to storm the tundra, competing with other males for mates, sometimes to the death.

The females spend just a day warming up before surfacing. On average, a female gets impregnated just two days after ending her hibernation. Males approach her, greasy with hormone secretions, and she fends them off for up to a day to test their endurance. Unlike the males, she did not build up a food cache before hibernation.

“They’re little skinny rats at this point, and yet they’re able to reproduce,” said Loren Buck, a ground squirrel expert and professor at Northern Arizona University. After about 25 days, the mothers give birth to five to eight pups, sometimes sired by multiple fathers. They nurse their babies through the summer — and then the cycle starts again.