Follow
Home » Science » What’s Special About Bat Viruses? What We Don’t Know Could Hurt Us

What’s Special About Bat Viruses? What We Don’t Know Could Hurt Us

The immune systems of bats are weird, but we don’t know how weird, how they got that way or enough about other animals. 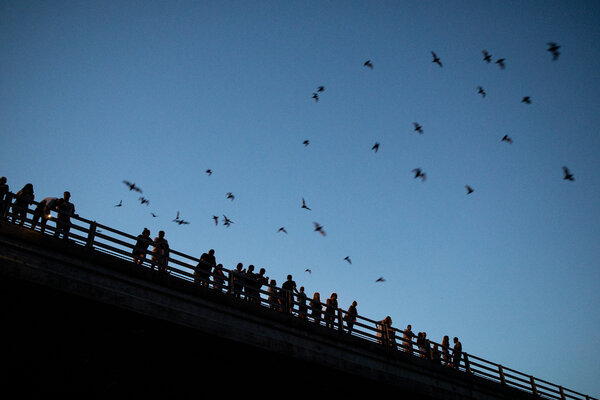 Bats were once of interest mainly to specialists and devoted conservationists. But the global pandemic pushed the animals squarely into the spotlight as the apparent original source of the novel coronavirus. Now, once arcane research into the large number of viruses that live in bats has acquired a new urgency, along with discussions of what to do about the likelihood of diseases in animals spilling over to humans.

In the journal Science on Thursday, two bat researchers urged fellow scientists to examine more closely what we know for certain about bats and viruses, and suggested how we can find out more and how that knowledge might help us.

Daniel G. Streicker, a vampire bat researcher at the University of Glasgow and Amy T. Gilbert, a disease ecologist at the National Wildlife Research Center in Fort Collins, Colo., point out a number of gaps in our knowledge, and the lack of hard numbers to prove some common perceptions.

Dr. Streicker said in an interview that we may have gotten ahead of ourselves in the focus of research. “I think we’re often trying to explain why bats are special before we actually work out how they’re special,” he said.

First and foremost, the researchers write is the “global health conundrum” of whether bat viruses are more likely to cause outbreaks than viruses harbored by other creatures.

The common perception that bats harbor more viruses than other animals does not hold up, they write, when one looks at the huge number of bat species.

Nor are bats immune to the effects of all viruses. There is no question, they write, that many bats can live with viruses that can prove lethal in humans and other animals, such SARS and MERS.

The “key question,” Dr. Streicker said, is whether bat tolerance of viruses causes the evolution of pathogens that are more dangerous for people. Science does not yet have an answer. 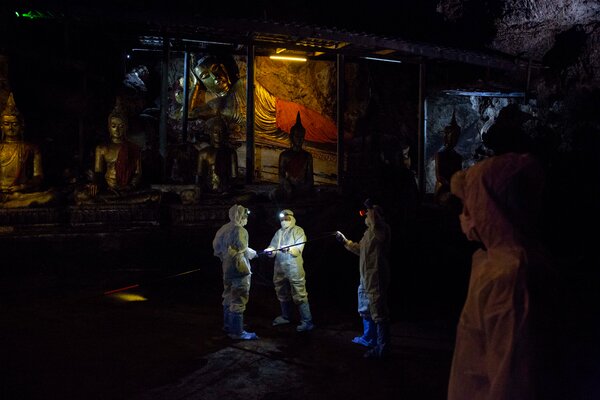 “We seem to be lacking really strong, compelling evidence that the viruses of bats are more diverse or more prone to infect humans or more dangerous when they do infect humans than viruses of other animals,” he said.

It isn’t only the internal workings of bats that needs to be understood. How bad a spillover disease is and how it spreads depends on how people interact with bats, what kind of bats are involved, where they live and how they spread viruses among each other.

“We need interactions between immunologists, virologists, ecologists and evolutionary biologists.” That’s starting to happen, he says, partly because of the pandemic.

Bat scientists had been pushing for such cross-disciplinary work before the pandemic started. For example, the National Science Foundation last week awarded a grant of $1.67 million to the American Museum of Natural History, Texas Tech University and Stony Brook University in order to to establish the Global Union of Bat Diversity Networks.

Tigga Kingston, an ecologist at Texas Tech, had been getting together at meetings on bat research for half a dozen years with her colleagues at the museum and at Stony Brook, and discussing the need for more connections. There were many networks of bat researchers, some regional, some devoted to a specific subject, but not a global network to foster communication between all bat researchers.

In 2019 she said, they decided to move from planning to action just as the National Science Foundation was reaching out to promote more of the kind of “meta-network” that they were thinking about. The fit was ideal.

Then, of course, the pandemic emerged, and an effort designed for basic research and conservation took on a new urgency. Suddenly, she said, “everything we’re doing has relevance to Covid-19,” from metabolism studies to evolution to conservation questions.

In the Science article, Dr. Streicker and Dr. Gilbert also point to specific areas of research in which bats could serve as testing populations for new techniques in disease control, like vaccines for animal populations.

Rabies in animals like foxes has been successfully fought with vaccines in bait that foxes eat. That wouldn’t work for bats, but, Dr. Streicker said, a vaccine could be applied to bat fur and spread by contact.

In the future, genetic engineering techniques like Crispr, might even be used to try to genetically engineer bats to be resistant to some viruses, he said, something that has been tested with mosquitoes, and discussed for use with mice and Lyme disease. “I think that’s very far into the future,” Dr. Streicker said, “and there are all sorts of ethical issues.”

But there are other ways to make what is essentially a contagious vaccine, perhaps by attaching the proteins that would promote an immune response to a virus that is infectious in bats, but not harmful. To them, or us.