The text claims it will give WhatsApp users free entry to the Staffordshire-based theme park after they share the message to 20 friends on the app.

This has caused the scam to quickly spread on WhatsApp.

Alton Towers has warned WhatsApp users not to forward the text message to friends on the app, or click on the link included in the malicious text.

The fake giveaway claims to be a celebration of the theme park’s 110th birthday. 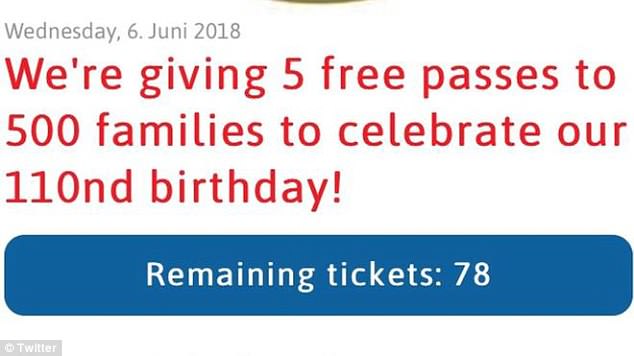 A WhatsApp ‘offer’ that professes to give away free Alton Towers ticket has been revealed as a scam by theme park bosses. The fake giveaway quickly went viral on the app, with users believing they needed to share the message to 20 friends to receive the gratuitous offer

Users who click on the link inside the scam text are taken to a website designed to resemble the homepage of the popular theme park.

A message warns users that there are a limited number of tickets remaining, before encouraging visitors to quickly fill out a bogus survey.

After the questionnaire is completed, WhatsApp users are told to propagate the fictitious offer on the Facebook-owned messenger.

Paige Wistow, from Derbyshire, was asked to answer four questions, which revealed her personal details to the cybercriminals behind the fake survey.

She told the BBC: ‘Once I had answered the questions, the website told me to send the link to 20 WhatsApp friends to claim my prize.’

Alton Towers has urged people to avoid the fake giveaway.

There are a number of versions of the scam text, with some subtle differences.

Since the scam encourages users to forward the malicious text onto a friend, it’s possible your contacts will change the content of the message.

However, one popular version of the fraudulent text says: ‘Alton Towers is giving away 5 free tickets to 500 families.’

After clicking on it, users are asked to fill in an online survey.

The malicious website then encourages visitors to send it onto their friends within the chat app. 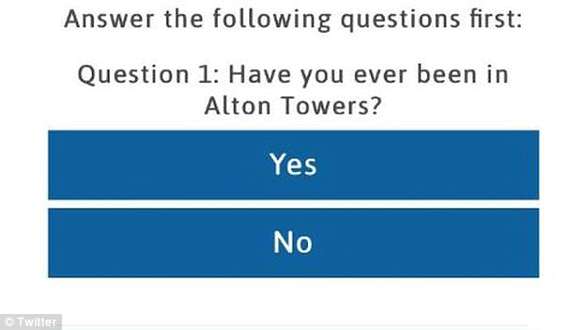 A spokesperson for the Staffordshire attraction said: ‘We are aware of a ticket offer being shared on social media that claims to be from Alton Towers Resort.

‘This is not a genuine offer, or in any way affiliated with Alton Towers.

‘Action is being taken to remove this offer and we urge guests not to share their personal details or forward the offer to their contacts.’ 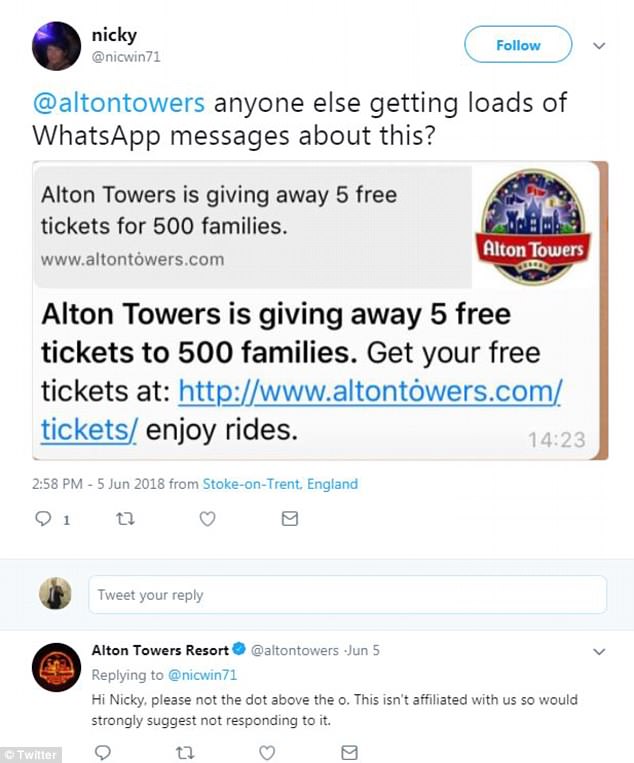 Confused customers took to Twitter to express their concern after receiving the message. One user, known as Nicky, asked Alton Towers if the offer was legitimate 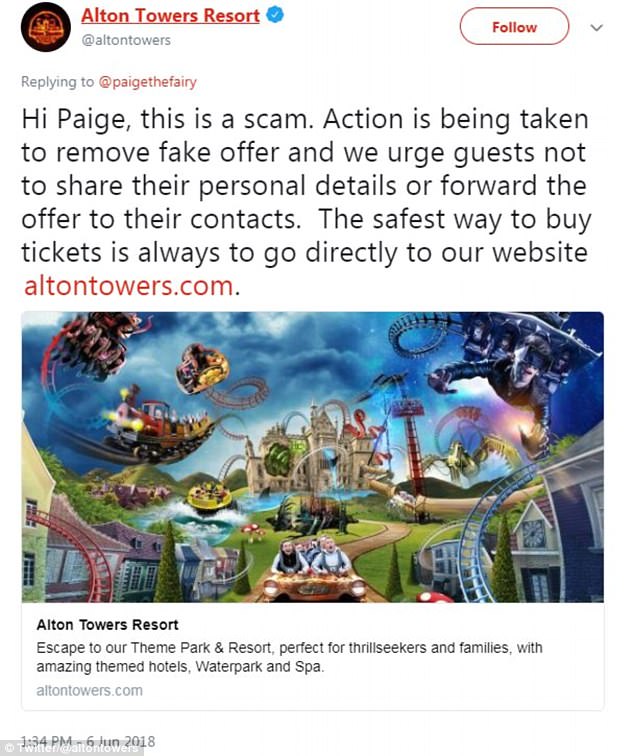 One Twitter user, called Paige, asked the company if the 110th anniversary giveaway was a scam, which the theme park was quick to confirm

Confused customers took to Twitter to express their concern after they were sent the message from friends who had been duped by the scam message.

One user, known as Nicky, asked Alton Towers if the offer was legitimate.

In a reply, Alton Towers confirmed it is a scam.

Another user, called Paige, also asked the company if it was a scam, which the theme park was quick to confirm.

There are no extra COVID-19 vaccines doses left to send to states, despite Trump's health officials promising to release more 3 days ago

Parents' sleep doesn't return to normal for up to six years