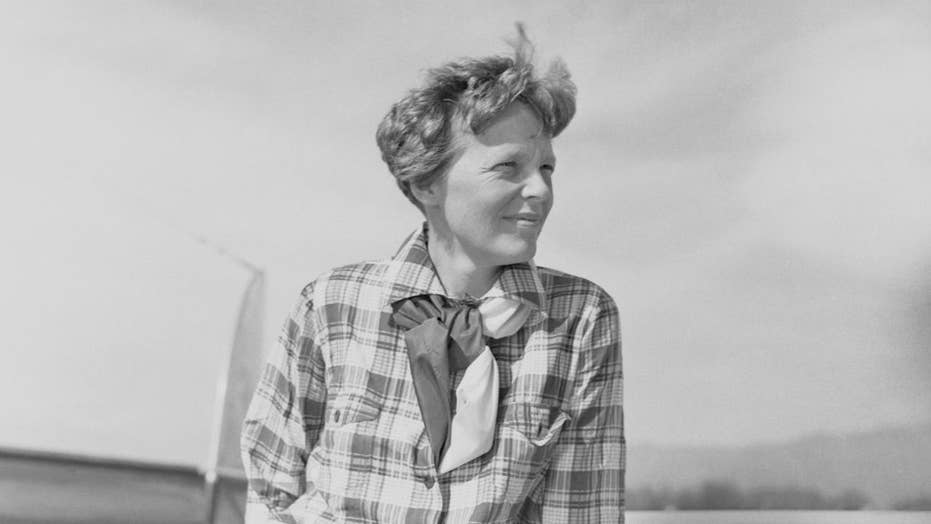 Dozens of people from around the world heard Amelia Earhart and her navigator Fred Noonan radio for help after crashing into the Pacific Ocean and becoming stranded on a remote island, according to researchers.

But Earhart was not alone on the flight. Navigator Fred Noonan also disappeared that July day, a man with an impressive story of his own.

“He certainly doesn’t get the attention that Amelia gets,” Ric Gillespie, the director of The International Group for Historic Aircraft Recovery (TIGHAR), told Fox News of Noonan — who vanished alongside Earhart on July 2, 1937 during a flight from Papua New Guinea to Howland Island in the Pacific.

Born in April 1893 in Chicago, Noonan’s mother was Catherine Egans, an immigrant from England who died of tuberculosis when Noonan was four years old, and his father was a man named Joseph T. Noonan. Not much is known about Noonan’s childhood, and it’s not clear if the then-future navigator had any siblings.

What is known, however, is Noonan —  a tall, slender auburn-haired, blue-eyed man of Irish descent — led a storied career as a sailor before he ever began to fly.

On the high seas for nearly two decades, Noonan became an expert navigator, known in particular for his celestial navigator abilities — a skill that would greatly serve him when, in 1930, he made a drastic career change and took his talents from the sea to the skies.

“He saw it as a job opportunity,” Gillespie, the author of “Finding Amelia: The True Story of the Earhart Disappearance,” said.

In 1930, Noonan, who married a woman named Josie Sullivan three years prior, received his pilot’s license — weeks after he prematurely listed his occupation as “aviator” while registering to vote in New Orleans, according to a TIGHAR biography on the aviator.

In the mid-1930s, “Pan American was looking to expand their roots to the Pacific, and the idea was to fly across the Pacific to the Philippines,” Gillespie said, adding such an initiative was unheard of at the time.

In 1935, Noonan was named the Navigation Officer for Pan American’s clipper service, largely working on the Martin M-130 flying boat China Clipper. Noonan charted the navigation routes for the company’s clipper service, in part, by using celestial navigation — much like he did during his days as a sailor, Gillespie said.

In fact, in a letter to the well-known U.S. Navy officer and air navigator Lt. Commander P.V.H. Weems, Noonan was quoted as saying his navigation “was comparable with such as would be practiced afloat,” per TIGHAR.

In November of 1935, following months of preparation, Noonan led the navigation on a China Clipper flight from San Francisco to Manila, the capital of the Philippines. 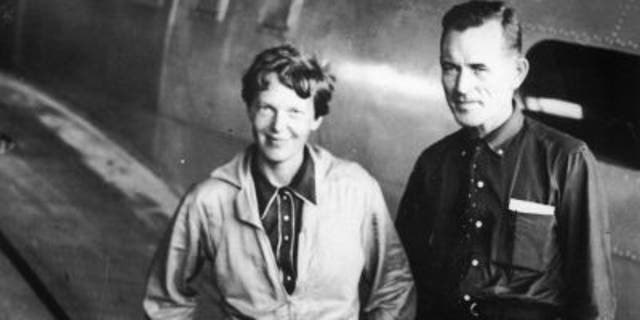 “This was the inaugural flight for what would become routine, once a week transpacific service,” notes TIGHAR.

Following the success, Noonan  “was something of a celebrity in his own right,” said Gillespie.

By 1937, however, Noonan’s life drastically changed. Once the weekly flying schedules to Manila were established, Edwin Musick, the then-chief pilot for Pan Am, “realized the constant long-distance, overwater flying was taking a physical and mental toll on the crews,” according to TIGHAR.

“The Manila trip was 12 days of flying without proper rest intervals and the pilots were averaging many more hours per month than the limits established by the Department of Commerce regulations,” it added.

The tedious nature of the job took a toll on Noonan, who was still tasked with navigating the flights at that time, according to Gillespie. The schedule also reportedly impacted his marriage, as Noonan and his wife, Josie, were divorced in March of that year. He re-married a woman named Mary Beatrice Martinelli not long after their divorce bec ame final.

It was also around this time Noonan reportedly began to drink heavily — though there is much debate about whether this is true. Stories surrounding the airman’s alleged drinking problem first emerged in 1966 in the book “The Search for Amelia Earhart” by Fred Goerner. The claims made in the publication are said to be based on a police report from 1937, PBS reported in 2014, though that report's whereabouts is unknown. 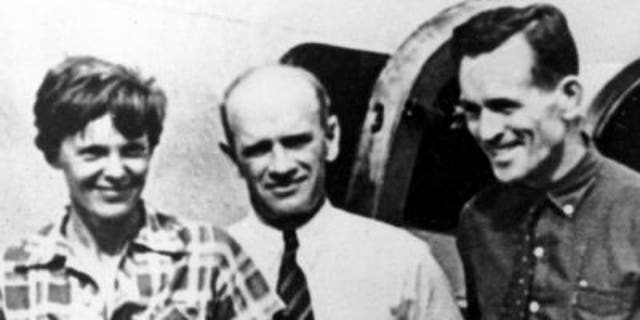 It was also in 1937 that Noonan would be approached with the opportunity of a lifetime, and what unknowingly was his last: Joining Earhart as a crew member on her journey to be the first pilot to circumnavigate the world.

Though Earhart had already enlisted the marine officer Harry Manning as her navigator, she recruited Noonan to also be a part of her crew — possibly because of his well-known celestial navigation abilities, according to Gillespie.

Noonan gladly accepted her offer, as joining Earhart was an advantageous press opportunity for the sailor-turned-aviator who was reportedly considering starting a school for navigation, Gillespie added.

Initially, the plan was for Noonan to fly with Earhart and Manning to Howland Island in the central Pacific. But plans changed, and he was asked to stay on-board to possibly fly as far as Australia, according to TIGHAR.

On March 17, 1937, Noonan — alongside Earhart, Manning and the stunt flyer Paul Mantz, who served as Earhart’s adviser, per TIGHAR  — took off from Oakland, Calif., to Hawaii. They arrived successfully, and a couple of days later Manning, Earhart and Noonan took off for the around-the-world flight. But during takeoff, Earhart lost control of her plane, the Lockheed Electra, and ultimately damaged it.

The crew returned to the U.S., where the plane was repaired. Manning announced he would no longer join Earhart and Noonan on the venture. Though no one was injured, he was reportedly spooked by the incident, Gillespie said.

Months later, on May 29, 1937, Noonan and Earhart took off once more, leaving from Miami, Fla,. to Puerto Rico. After arriving in Lea, New Guinea, the two took off again — but for the last time. The pair would famously disappear on the flight to Howland Island; their fate became one of the great mysteries of the 20th century and remains hotly debated.

The Coast Guard Ship Itasca recorded the pair’s last heard transmission, which occurred roughly 20 hours after they were airborne.

Gillespie —  who holds the theory Earhart died on the remote island of Nikumaroro, a coral atoll 1,200 miles from the Marshall Islands — blames their disappearance on negligence, in part.

While Noonan “was a very good celestial navigator,” neither he nor Earhart knew much about radio, “which really put them at a disadvantage,” said Gillespie. In fact, the flight to Howland “depended heavily on Fred’s navigation which required an accurate time check from a radio station,” according to TIGHAR.

Decades later, the mystery surrounding their disappearance ensues — sparking Bob Ballard, the explorer who discovered the wreck of the Titanic in 1985, to search for answers on the island of Nikumaroro, also known as Gardner Island.

In 1940, some 13 humans bones were found on the island. A 2018 forensic analysis claimed the bones belonged to the female aviator.

“Amelia Earhart is the most famous female flyer in the world — he was overshadowed."

The expedition, which is backed by National Geographic, began on Aug. 7 and will last until Aug. 25. Researchers are using underwater drones to search for Earhart’s plane in the waters around the island. Fredrik Hiebert, archeologist-in-residence at the National Geographic Society, leads the team of researchers hunting for signs of Earhart on the coral atoll that experts hope will lead to her bones.

But Gillespie — whose organization has conducted decades of research on Earhart’s disappearance and has visited Nikumaroro on a number of occasions in search for clues — is doubtful there’s anything left to find, rating the likelihood of finding Earhart’s plane at less than 20 percent.

“The reef slope at Nikumaroro is a steep, unstable mountainside strewn with boulders, cliffs and caves, and prone to underwater landslides,” he previously told Fox News. “There may be nothing left to find.”

As for Noonan, what happened to the navigator may forever remain a mystery.

“Amelia Earhart is the most famous female flyer in the world — he was overshadowed,” said Gillespie.

Amelia, Ea, Fred, Noonan, was, Who
You may also like:

Perseid meteor shower tonight: Can I still see the Perseids?