Follow
Home » Science » Why Crocodiles Are Not Just Living Fossils

Why Crocodiles Are Not Just Living Fossils

On bright mornings in the tropics, crocodiles haul themselves out of the water to bask in the sun. Like other reptiles, they rely on its warmth to help fuel their metabolisms.

This might seem to be a vision from a prehistoric world: sluggish creatures unchanged for millenniums. But evidence is building that modern crocodiles differ substantially from their earliest ancestors.

In a recent study published in Paleobiology, a pair of paleontologists at the Sorbonne University in Paris examined bone from a 237-million-year-old reptile and found signs that the ancestors of the crocodile family had remarkably active metabolisms — and that the creatures evolved them far earlier than expected.

“After the enthusiasm for dinosaurs provoked by the ‘Jurassic Park’ films, I thought that the time had come to look at closely related groups,” said Jorge Cubo, lead author of the study. “The central question was whether these organisms were cold or warmblooded.”

In the past, researchers have neatly divided animal metabolisms: endotherms (mammals and birds) derive heat from internal processes, while ectotherms (reptiles and amphibians) rely on the surrounding environment. Ectothermy was traditionally held to be the more primitive condition.

Yet crocodiles have always presented a bit of a puzzle. Modern crocodiles are the last survivors of the crocodyliforms, a startlingly diverse family that spanned every continent during the Mesozoic Era.

Wolflike terrestrial predators like Baurusuchus patrolled the fern prairies of Cretaceous South America. Sleek-finned animals like Metriorhynchus swam the North Atlantic during the Jurassic Period. And a multitude of scurrying herbivores and omnivores lived alongside dinosaurs, and in some cases survived them by millions of years.

Crocodiles are also members of the wider archosaur lineage, a group that includes endothermic pterosaurs, dinosaurs and birds. The clues to that relationship are written in their anatomy, said Roger Seymour, an evolutionary biologist at the University of Adelaide in Australia. Crocodilians can adopt a more straight-limbed posture than other reptiles, have gizzards, a four-chambered heart and birdlike respiratory systems.

Many researchers took these features to mean that the (thoroughly ectothermic) modern crocodiles are a relic of the transition from older coldblooded reptiles to endothermic dinosaurs and birds, a point of view that strengthened as paleontologists began accepting the idea of warmblooded dinosaurs.

But others argued that crocodiles might have been closer to endothermy than suspected. The crocodilian heart was a vital clue. Researchers like Christina Bennett-Stamper, a research microscopist at the federal Environmental Protection Agency, have described a process by which alligator embryos develop a unique opening just before hatching that allows blood to bypass the lung. The process turns “an endothermic heart into an ectothermic one,” Dr. Seymour said.

This and other lines of evidence led Dr. Seymour and Dr. Bennett-Stamper to co-author a landmark 2004 paper arguing that the ancestral crocodyliforms weren’t just steppingstones to warmblooded archosaurs, like dinosaurs and birds: they were warmblooded themselves.

That raised the question of how far back in the archosaur family endothermy goes. If the ancestors of crocodyliforms had elevated metabolisms, then the earliest crocodyliforms probably did, too.

In 2016, Dr. Cubo decided to try and nail down a date. He went foraging in the collections of the French National Museum of Natural History for the oldest archosaur relative he could find. He settled on Azendohsaurus, a squat Triassic herbivore whose skull had once been misidentified as belonging to an early dinosaur.

In order to get a sense of Azendohsaurus’s metabolism, Dr. Cubo and his colleague Nour-Eddine Jalil took slices of bone and examined the microscopic structure. The researchers also examined 14 related archosaurs, plus tissue and metabolic data from living species, including amphibians, lizards, turtles, crocodiles, mammals and birds.

To their surprise, the investigators found that Azendohsaurus likely had a resting metabolism significantly higher than most living ectotherms, and similar to living mammals and birds.

That suggested that archosaur relatives of the Late Triassic Period already were warmblooded, potentially pushing the origins of endothermy in the family all the way back to the Permian Period, more than 260 million years ago.

While he largely agrees with the research, Dr. Seymour is more measured on whether early crocodyliforms were properly endothermic.

“Several paleophysiologists are happy with the idea of ‘mesothermy,’ which is a state of higher metabolic rate, but not as high as living birds and mammals,” he said.

Christopher Brochu, a paleontologist at the University of Iowa, is also cautious. It’s true that fossils suggest the animals were “faster on their feet than their living relatives, which implies a somewhat higher metabolic rate and possibly a position on the spectrum farther from the coldblooded end than modern crocodilians,” he said.

But that may not mean they were warmblooded, Dr. Brochu added. The warmer climate of the Late Triassic Period and Early Jurassic Period may have helped boost the metabolism of early crocodile relatives without requiring a fully endothermic metabolism. Lizards living in hot climates, for example, can easily outpace most of their mammalian predators, as anyone who’s ever chased one can testify.

“Coldblooded and warmblooded aren’t fixed categories — they’re end members of a spectrum,” Dr. Brochu said. “Some animals fall closer to one end, and others fall closer to the opposite.”

During the Mesozoic Era, multiple lineages of crocodilians returned to the water. Among them were juggernauts like the dinosaur-killing Deinosuchus, as well as the ancestors of modern crocodiles. This transition from active land animals to semiaquatic ambush predators is likely why modern crocodiles evolved a more coldblooded lifestyle, according to Dr. Seymour.

“The advantages are enormous,” he said. With a slow metabolism, crocodiles can fast for months, can hold their breaths up to ten times longer, and don’t have to expend energy staying warm against the tremendous cooling power of water. A slower metabolism helps alligators hibernate in the winter and saltwater crocodiles ride ocean currents for hundreds of miles.

Such a metabolism “is quite a good adaptation if in a high-stress environment or situation in which maybe being underwater would provide more safety,” said Marisa Tellez, a crocodile parasitologist at the University of California, Santa Barbara.

Among those high-stress situations? The horrors of the Cretaceous mass extinction, which wiped out the vast majority of the crocodyliform family.

There’s a persistent notion that crocodilians evolved slowly and haven’t changed much, Dr. Brochu noted. In fact, crocodiles and their relatives have changed as much as any other lineage of animal responding to a changing world.

“I’m always working to debunk the ‘crocodilians are living fossils’ myth,” he said. 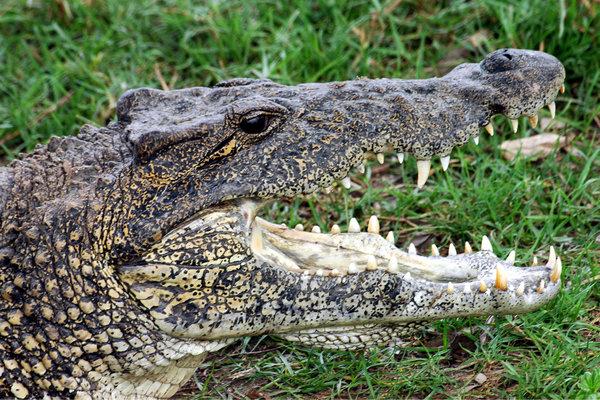 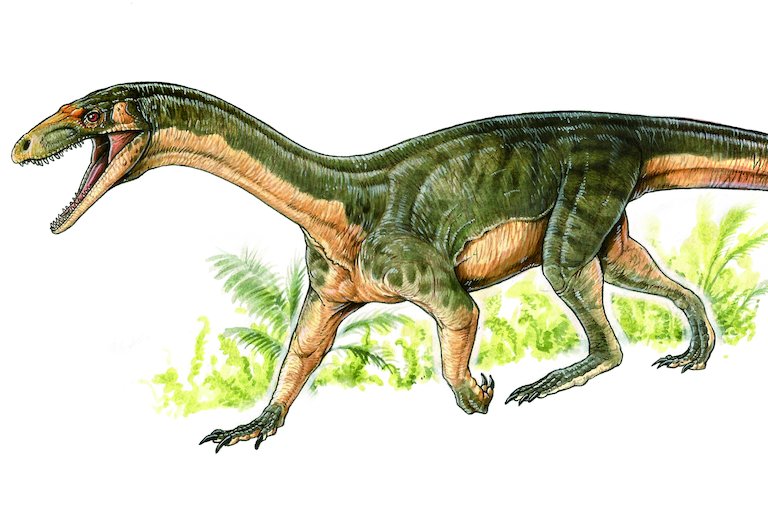 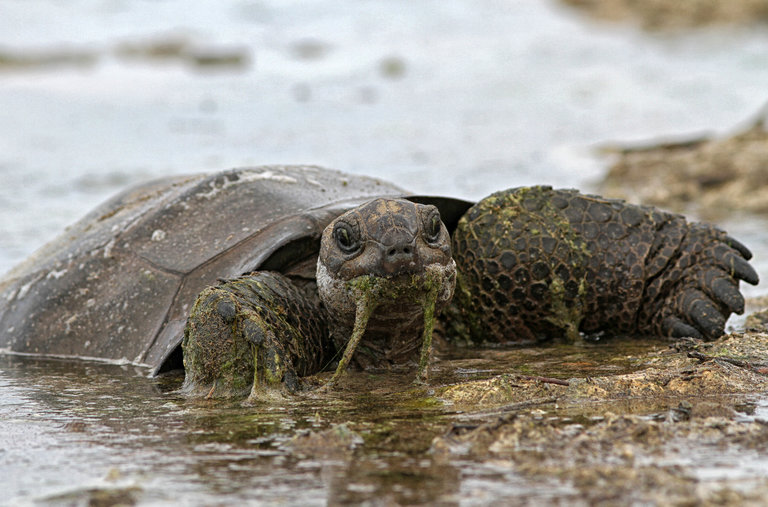 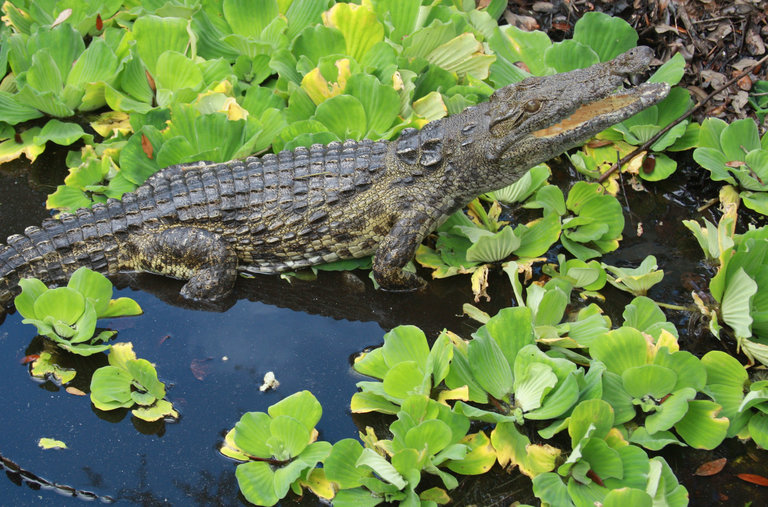