Renewable power from wind turbines and solar panels produced 10 per cent of the world’s electricity in the first half of this year, according to a new energy report.

The independent climate think tank Ember compiled the report and found that the increase in renewables came as coal-powered generation declined to the lowest half-year level since at least 1990.

Report authors say coal generation dropped by 8.3 per cent but still accounted for 33 per cent of global production – too high to meet global climate change targets.

In order to keep global temperatures from increasing by more than 2.7F authors say coal power generation needs to fall by 13 per cent every year of this decade.

Overall electricity demand fell by three per cent during the six months due to lockdown measures to slow the spread of coronavirus, the report said. 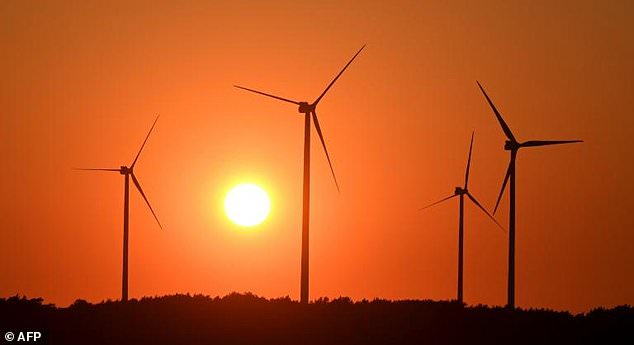 Ember’s report into power generation levels up to June 2020 examined data from 48 countries which make up 83 per cent of global electricity production.

Wind and solar power generation rose by 14 per cent during the first half of 2020 compared with 2019, while output from coal fell by 8.3 per cent, the report found.

Europe and the UK saw the largest contributions from wind and solar, at 21 per cent and 33 per cent respectively during the first half of the year.

China produced 10 per cent of its power from wind and solar energy and the United States produced 12 per cent, the report said. 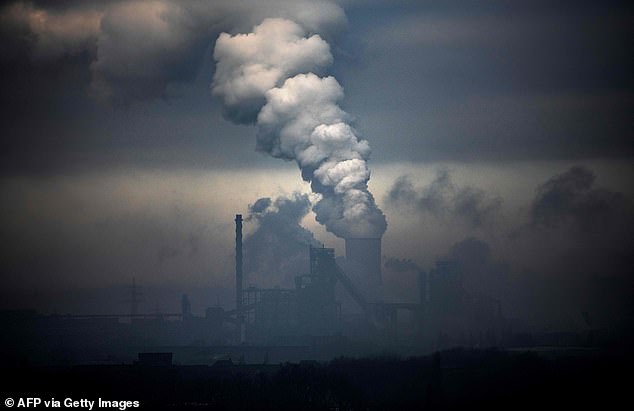 Report authors say coal generation dropped by 8.3 per cent but still accounted for 33 per cent of global production – too high to meet global climate change targets

Coal power generation in the US and Europe fell by 31 per cent and 32 per cent respectively while coal power in China was down just 2 per cent.

The US coal collapse is undermined by a switch to gas, whereas the EU is leapfrogging from coal to wind and solar, Ember analysists explained.

The global assessment by climate think tank Ember also showed that coal power had its biggest overall half-year fall in generation since at least 1990.

They say this happened in the face of growing renewable energy usage as well asa drop in demand caused by Covid-19.

Dave Jones, senior electricity analyst at Ember said countries are on the same path – to build wind turbines and solar panels and replace energy from gas and coal.

“But to keep a chance of limiting climate change to 1.5 degrees, coal generation needs to fall by 13% every year this decade,’ he explained.

“The fact that, during a global pandemic, coal generation has still only fallen by 8 per cent shows just how far off track we still are.

“We have the solution, it’s working, it’s just not happening fast enough.”

Many countries, including China, the US, India, Japan, Brazil and Turkey now get 10 per cent or more of their electricity from wind and solar.

Scientists have said coal needs to fall to just 6 per cent of total electricity generation by 2030, with most of the fossil fuel replaced by wind and solar, the report warned.

A study published last week in Nature Climate Change found that a fall in emissions as a result of Covid-19 won’t make any long-term difference to temperatures.

The authors of that study said it was essential government focused on ‘clean growth’ measures including a rapid switch away from fossil fuels. 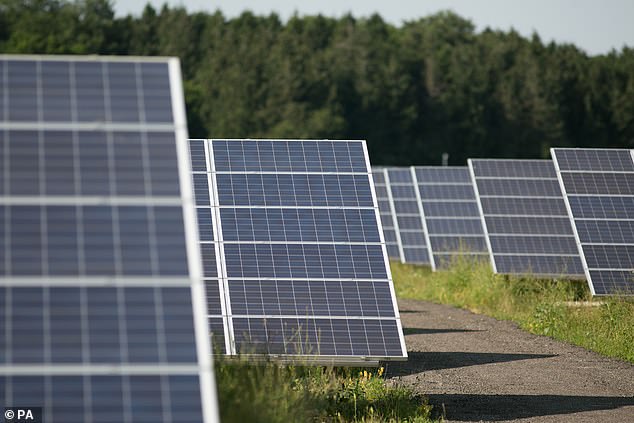 In order to keep global temperatures from increasing by more than 2.7F authors say coal power generation needs to fall by 13 per cent every year of this decade

In response to that report, a spokesperson for the Department for Business, Energy and Industrial Strategy said tackling climate change was at the heart of economic recovery.

A BEIS Spokesperson said: ‘The actions we are taking to meet our legally-binding target for net zero emissions by 2050 will help to deliver a stronger, cleaner economy after this pandemic.

‘These include the new £2billion Green Homes Grant, a £40 million Clean Growth Fund and a £800m investment in Carbon Capture and Storage technology’

The full Global Electricity Review 2020 report is available from Ember.