Scientists at MIT have invented a new device that they hope could help monitor COVID-19 patients who are quarantined at home.

The system, a box-like device that resembles a WiFi router called Emerald, was developed by MIT’s CSAIL and can monitor one’s breathing as well as their movements and their sleep patterns. 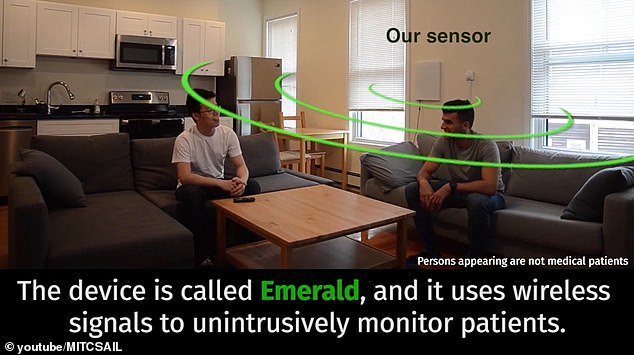 While that biometric data could be collected through other means, specifically a wearable attached to a person’s wrist, MIT tells TechCrunch that the system could have benefits over those devices since it’s ‘set it and forget it,’ meaning there’s little to no upkeep.

‘When doctors have to interact directly with patients to conduct exams or monitor vital signs, each step along the way represents an increased risk that they will get infected,’ says Vahia, an assistant professor of psychiatry at Harvard Medical School.

‘Given how Emerald can generate important health data without any patient contact, it could minimize the risk that doctors and nurses will catch the disease from their patients.’

The device is already being tested in the Heritage Assisted Living in the Boston suburb of Framingham and with patient consent has beamed patient data to Emerald’s team remotely.

According to MIT,  data showed that patient’s initial breathing rate had gone down from 23 to 18 breaths per minute – closer to the their baseline and also showed that improved sleep quality. 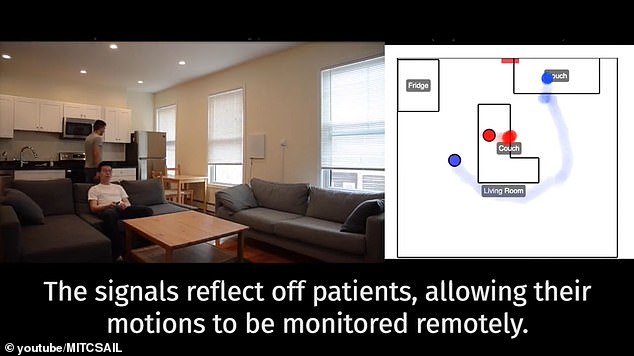 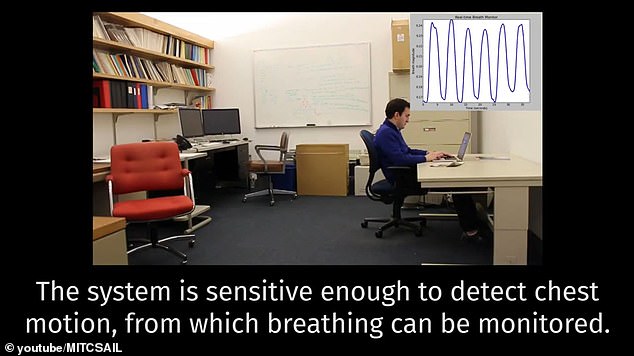 The device also recorded an increased ability to walk more quickly around as they recovered.

Among other things, the system could help more high-risk patients who need care even after they’re recovering.

‘It’s clear that, with these high-risk elderly patients, they would greatly benefit from us being able to passively gather medical data over time when it is not possible to interface with each person directly,’ William McGrory, who oversees mental health services for Heritage Assisted Living, said in a statement.

Last week, the state resorted to converting anesthesia machines to supplement its stockpile of an estimated 6,500 ventilators.

Thursday, Cuomo said he wasn’t sure if BiPAP machines could or would be used as ventilators, but by Friday the state had included them in the list of alternatives it was pursuing.

WHAT IS A BIPAP MACHINE?

People with sleep apnea may stop breathing during while asleep for a number of reasons, and the machine ensures they continue to have normal respiration. 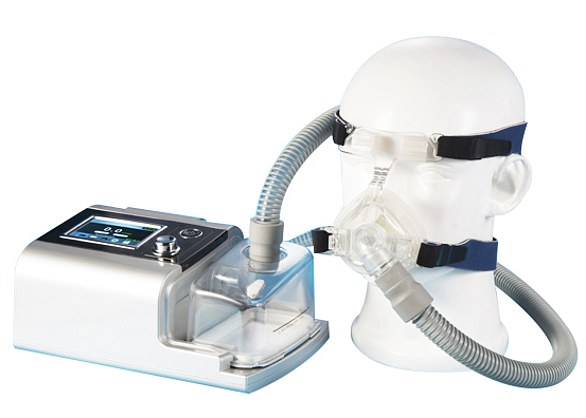 One of the machine’s positive pressure airways helps to push air into the lungs while a second is set to a lower pressure that makes it easier for a patient to breathe out normally.

The alternation of these two components is set to match the patient’s normal inhalation and exhalation pattern, which makes it feel more comfortable and similar to natural breathing when in use.

Pressure is delivered through a tube connected to a face mask that’s worn at night.

HOW IS A BIPAP MACHIE DIFFERENT FROM A VENTILATOR?

Ventilators are typically reserved for only the sickest patients who may not be able to breathe on their own at all, as opposed to sleep apnea patients, whose breathing is abruptly interrupted periodically, but whose lungs are generally functional.

So-called mechanical ventilation is both more invasive and more forceful than a BiPap.

Patients on ventilators are intubated, meaning a tube is threaded through the mouth and airway and the machine creates the contraction and expansion action their lungs are no longer able to do on their own.

They can, however, be used less invasively, with a mask like patients on BiPAP machines use. 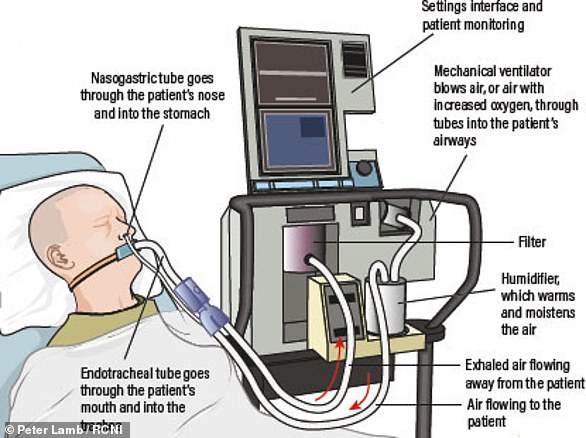 HOW CAN A BIPAP MACHINE BE USED AS A VENTILATOR?

Both machines broadly help the lungs when they’re struggling to function.

For one, the settings have to be adjusted to not just augment the patient’s inhalations and exhalations, but to do the work for them.

To convert BiPAPs, which are typically used with masks, to be used on intubated patients, scientists at Northwell Health in New York City 3-D printed a T-shaped adapter.

Their method has been tested successfully on dozens of patients.

At the University of California, Berkeley, team reconfigured a BiPAP machine so that it can take in oxygen from a tank, rather than just drawing on the air around it.

Endotracheal tubes that go down the windpipe were then attached in addition to a double-filtering system to ensure that pathogens like the coronavirus don’t get in or out.

Already, the FDA has cleared the way for sleep apnea machines like these to be used as ventilators, a previously unapproved use for BiPAP or similar CPAP machines.