The mythical beast – believed to live 570 miles away in Scotland – was apparently seen swimming along the west country estuary.

Witness Jacky Shepherd was eating with her husband at a local pub when she was the “serpent” shape.

She said it was what can “only be described as something looking like a Loch Ness Monster, motoring along the sea from the direction of the Pier towards the Marine Lake”.

Jacky claims the next table “saw it too” and hoped they would “back her” in a post on the the Hello Clevedon Facebook Group.

A cartoon drawing of the mythical creature on a misty background was included to encourage some response. 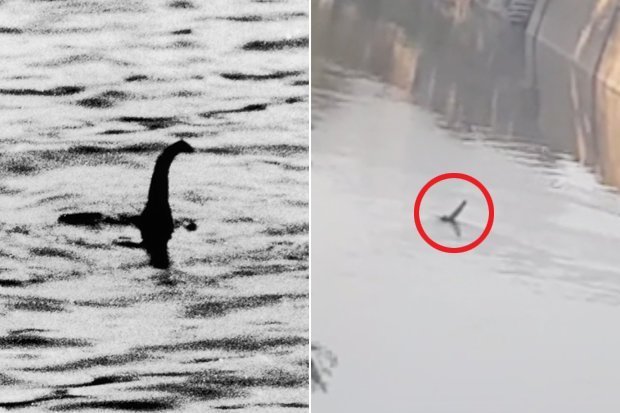 Jacky asked: “Any ideas anyone? Polite ones only please!”

Susan Cawley suggested it might be “Nessie on her holidays”.

James Hall joked: “What were you drinking in the harp I want some lol”.

Derek Perham added: “Depending on the tide there is quite often large lumps of driftwood, including large branches and tree trunks that float past our seafront.”

He claims it was the second time he spotted Nessie in a single month.

Eoin, 54, said: “The object appeared on the surface before submerging. It was gone for five seconds – then up again going in another direction, turning about and leaving a wake and splashes.

“It then then submerged and disappeared. To see Nessie once is unbelievable but twice in a month is fantastic.

“It’s the luck of the Irish, I suppose. I couldn’t believe my eyes. It had some power underneath it.”