Women who suffer hot flushes and night sweats are at much higher risk of suffering heart attacks, angina and strokes, study reveals

Women who suffer hot flushes and night sweats are at a much higher risk of suffering from heart attacks, angina and strokes, a study has revealed.

Reviewing data on 23,365 women, experts from Australia found that cardiovascular disease is 70 per cent more likely in post-menopausal women with the symptoms.

The team also found that women of any age experiencing hot flushes or night sweats — ‘vasomotor symptoms’ — are more likely to have non-fatal cardiovascular attacks. 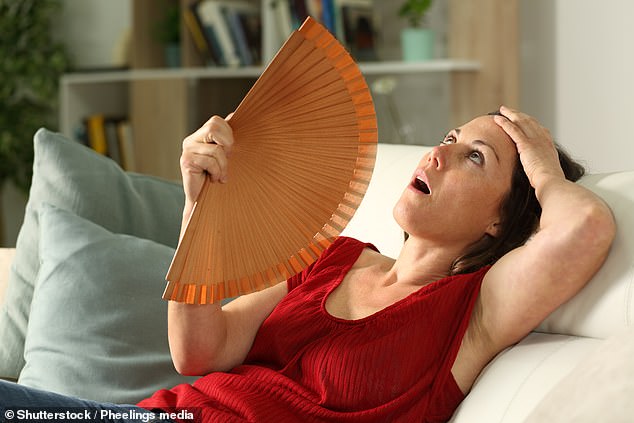 Women who suffer hot flushes and night sweats are at a much higher risk of suffering from heart attacks, angina and strokes, a study has revealed (stock image)

In their study, public health expert Dongshan Zhu of the University of Queensland and colleagues found that experiencing vasomotor symptoms prior to menopause increases a woman’s risk of suffering cardiovascular problems by 40 per cent.

‘Until now, it’s been unclear if vasomotor symptoms are associated with cardiovascular disease, but now we know it to be true.’

‘Further, vasomotor symptoms before menopause increase a woman’s chance of cardiovascular events by 40 per cent.’

The team also found that the risk of cardiovascular events was more related to the severity of the hot flushes and night sweats than it was their frequency or duration.

‘We found that women with severe vasomotor symptoms were more than twice as likely to experience a non-fatal cardiovascular event compared with women who had no symptoms,’ he added.

For their study, the researchers made use of data from InterLACE, a major collaboration of 25 studies of more than 500,000 women from across the globe. 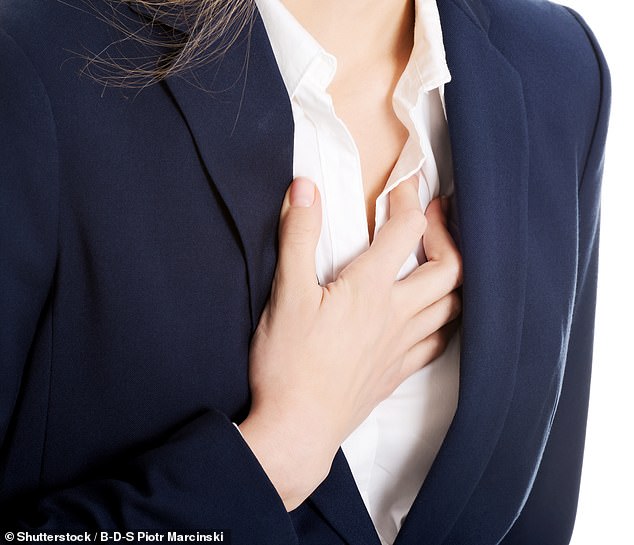 The findings could have important clinical implications, said paper author and epidemiologist Gita Mishra of the University of Queensland.

‘This research helps to identify women who are at a higher risk for the development of cardiovascular events and who may need close monitoring in clinical practice,’ she added.

The full findings of the study were published in the American Journal of Obstetrics and Gynaecology.

Most women will experience hot flushes when going through the menopause.

They’re often described as a sudden feeling of heat that seems to come from nowhere and spreads throughout the body.

You might also experience sweating, palpitations and flushing of the face.

Some women only have occasional hot flushes that do not really bother them, while others can have many a day and find them uncomfortable, disruptive and embarrassing.

Hot flushes can start a few months or years before your periods stop (before you start the menopause) and usually continue for several years after your last period.

Hot flushes usually affect women who are approaching the menopause and are thought to be caused by changes in your hormone levels affecting your body’s temperature control.

They can happen without warning throughout the day and night, but can also be triggered by:

Women often describe a hot flush as a creeping feeling of intense warmth that quickly spreads across your whole body and face.

It typically lasts for several minutes. Others say the warmth is similar to the sensation of being under a sun bed, or feeling like a furnace.

a, flushes, hot, suffer, Who, Women
You may also like: