The world’s oceans are better at soaking up carbon dioxide than most scientific models have previously found, according to a new study.

Although emissions of carbon dioxide are easily quantifiable, how much goes into the atmosphere and how much is absorbed by bodies of water is hard to calculate.

Due to a previous oversight, the oceans may actually soak up an extra 0.9 petagrams of CO2, the same as 900 million metric tonnes.

The researchers say this is equivalent to ten per cent of global fossil fuel emissions. 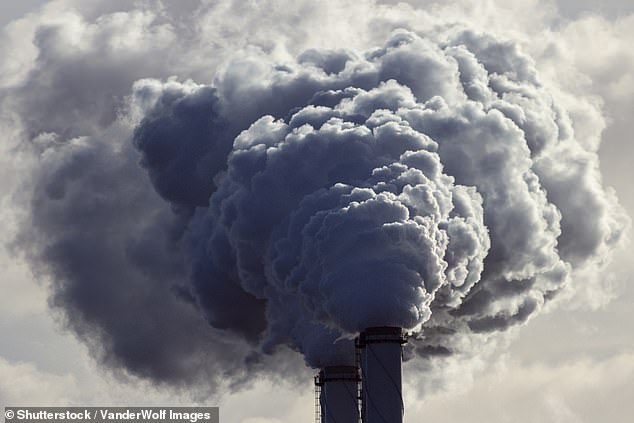 Although emissions of carbon dioxide are easily quantifiable, how much goes into the atmosphere and how much is absorbed by bodies of water is hard to calculate. Due to a previous oversight, the oceans may actually far more carbon, equivalent to ten per cent of global fossil fuel emissions.

This additional figure is on top of the already known carbon absorption of the world’s oceans which is around two petagrams, the same as around 25 per cent of all CO2 emissions from humans.

Carbon flux is a term used to describe the movement of the greenhouse gas.

Previous estimates of flux have neglected to take into account temperature differences at the water’s surface compared to a few metres below.

Researchers from the University of Exeter factored this into their calculations and found it made a significant impact on how much carbon is trapped in oceans.

They worked out total CO2 flux from 1992 to 2018 and found that by accounting for the subsurface water, total carbon movement doubled in some places.

‘Half of the carbon dioxide we emit doesn’t stay in the atmosphere but is taken up by the oceans and land vegetation ‘sinks’,’ said Professor Andrew Watson, of Exeter’s Global Systems Institute.

‘Previous studies that have done this have, however, ignored small temperature differences between the surface of the ocean and the depth of a few metres where the measurements are made.

‘Those differences are important because carbon dioxide solubility depends very strongly on temperature.

‘We used satellite data to correct for these temperature differences, and when we do that it makes a big difference – we get a substantially larger flux going into the ocean.

‘The difference in ocean uptake we calculate amounts to about 10 per cent of global fossil fuel emissions.’

Less carbon dioxide in the atmosphere and more in the oceans is a double-edged sword for experts.

However, carbon dioxide in the atmosphere is a major driver of global warming

The findings are published in the journal Nature Communications.

Mo, oceans, soak, up, Worlds
You may also like: