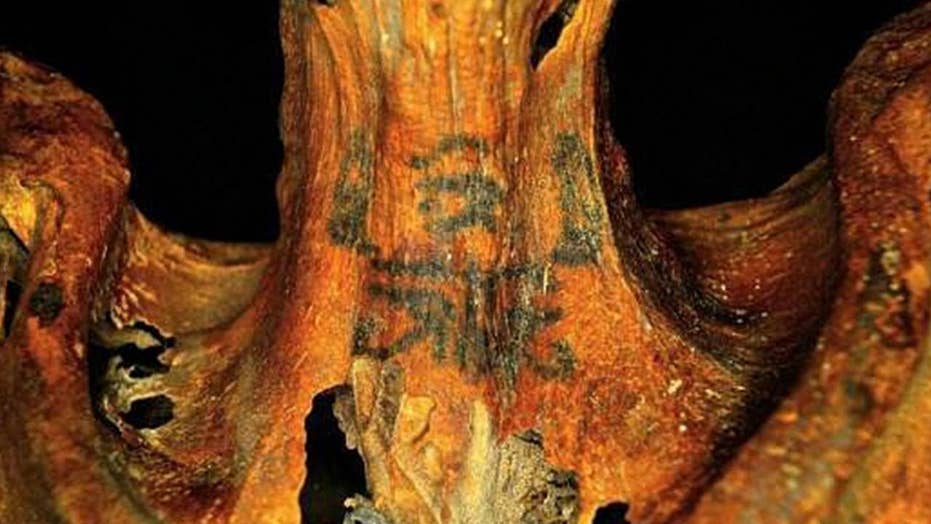 Researchers at a Pennsylvania museum are hoping to bring "life" to a more than 2,000-year-old Peruvian mummy that has been locked away in storage for years.

In order to uncover hidden secrets about the mummy, which was donated to the Everhart Museum in Scranton roughly a century ago, museum officials decided to turn to modern technology. They traveled across the street to Geisinger Community Medical Center, where doctors performed tests — including X-rays — on the unidentified human.

"Very little is known about the mummy, although it has been identified as belonging to the Paracas culture one of the oldest cultures of South America dating back to 800 – 100 B.C.," the Everhart Museum told Fox News in a statement Wednesday. "The mummy was last on view in the 1990s."

Local dentist Dr. G.E. Hill bestowed the specimen, which he had previously received from his father who temporarily lived in Peru, to the museum so they could research it further. Decades later, Everhart is planning to put the ancient figure on display — but first, they'd like to be able to educate the public about the mummy's mysterious past. 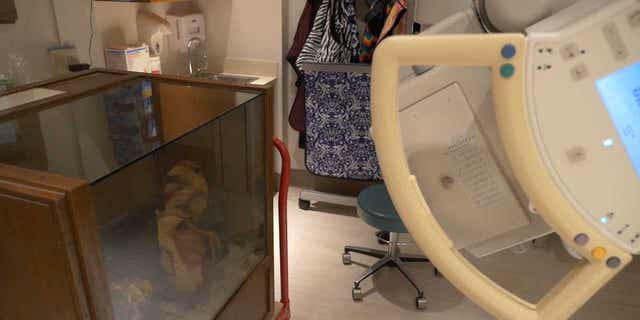 "GCMC offered to use its technology to help answer some of those unknowns. Because the fragile mummy is in the fetal position and enclosed in a sealed glass case, Geisinger experts could not use CT scan technology. However, the X-ray method worked," the museum explained.

Geisinger Radiology Medical Director Dr. Scott Sauerwine admitted it was the "first mummy" he'd ever encountered. But he was up to the challenge.

"I think we made some interesting observations and contributed to answering some of the museum’s questions,” he said in a statement provided to Fox News.

“Mummies have long been fascinating."

So far, they've been able to uncover the mummy's height, age and potential health issues.

According to the Everhart Museum, the mummy is likely a male teenager and stands at 5 feet tall — average height for a Peruvian during that era. He is covered in several layers of fabric, with a decorated textile wrapped around his knee. 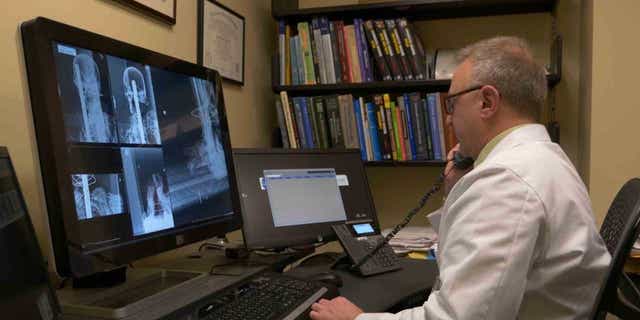 "He didn’t have any broken bones, but abnormal calcifications in the spine indicate a metabolic disorder," the researchers observed in a synopsis of their findings. "His toes are missing, which could have resulted from excessive handling of the body post mummification. Alternatively, they may have been amputated due to infection or frostbite."

While there's plenty more to explore about the mummy, researchers agreed this was a successful start.

“Mummies have long been fascinating,” Aurore Giguet, executive director of the Everhart Museum, said in a statement. “Peruvian mummification traditions started seven thousand years ago, that’s much earlier than in Egypt, and lasted until the Spanish conquest 500 years ago.”

The mummy will be featured at the Everhart Museum for a brief time — from now until April 7 — as part of its "Preserved: Traditions of the Andes" exhibit.

in, mummy, on, PE, Peruvian, x-rays
You may also like: