The caldera inside Yellowstone National Park spreads over the three states of Wyoming, Idaho and Montana and poses a significant threat in the event of a supereruption. Despite such an eruption not occurring in more than 640,000 years, the system is constantly monitored by the United States Geological Survey (USGS) for any changes. There have been many unsupported claims that the supervolcano is “overdue” an eruption, after the average time between each event was calculated.

But the Discovery Channel’s ‘Curiosity’ series revealed how geochemist Professor Kenneth Sims from the University of Wyoming studied the volcano’s radiocarbon isotopes to see whether it was possible to make a long-term prediction.

Prof Sims said: “There have been three major eruptions in the past as supereruptions.

“That’s the hazard we are facing in Yellowstone.”

The series went on to explain why scientists want to be able to predict a future Yellowstone eruption. 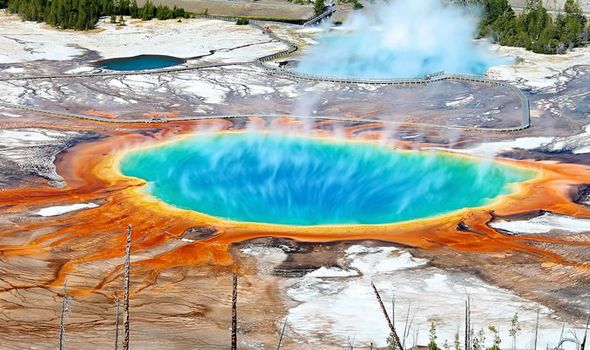 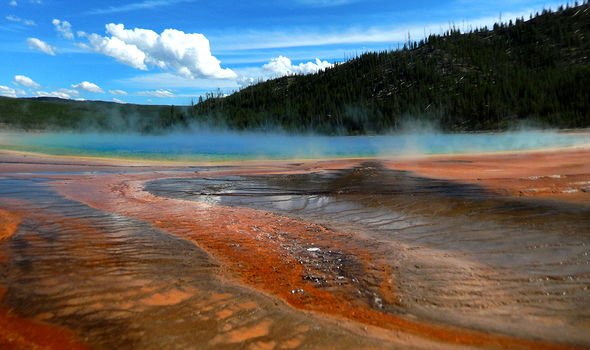 It said: “Thousands of times more powerful than Mount St Helens, an eruption on this scale would bury western North America.

“A sulphur haze would dim the Sun and plunge the entire world into a volcanic winter.

“There is a battery of equipment here monitoring ground deformation, gas emissions and earthquakes.”

The narrator detailed how work by the USGS would allow them to have warning in the event of a supereruption, but ideally, researchers would like to know much further in advance.

He said: “These are great for short-term predictions, but can science find a way of predicting supereruptions long in advance? 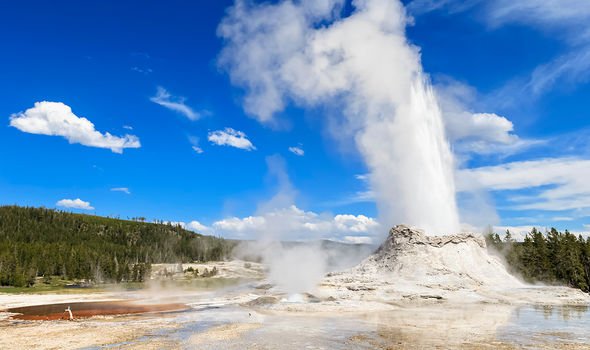 “Radon gas might provide the answer – small amounts of the gas escapes from active magma chambers.

“As radon decays it forms radioactive isotopes with unique chemical signatures that scientists can measure.”

Prof Sims explained how radioactive isotopes help to do just that.

He added in 2012: “That’s the hard aspect of the science, that long-term prediction.

“I can use the radon as a clock, it helps me understand how fast the gas is rising from the magma deep down and coming to the surface.” 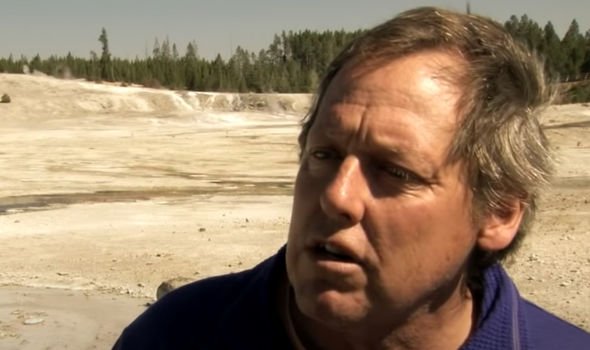 In a study released in 2016, scientists found that “radon anomalies appear to be suited to forecast eruptive episodes”.

The paper, published in the ‘Geological Society of London’ concluded that: “Radon mapping is an effective tool in assessing diffuse and concentrated degassing at the surface.”

The team studied its use at Vesuvius (Italy), La Soufriere (Guadeloupe), Stromboli (Italy) and Villarrica (Chile), where they found “faults and fracture systems control radon degassing”. 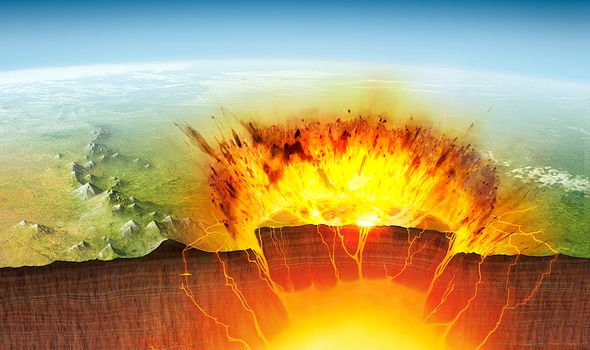 University of Leicester volcanologist, Dr Thomas Knott, said: “We discovered that deposits previously believed to belong to multiple, smaller eruptions were in fact colossal sheets of volcanic material from two previously unknown super-eruptions at about 9.0 and 8.7 million years ago.”

The study indicates that, during the Miocene period, Yellowstone erupted on average every 500,000 years.

However, the study led scientists to predict that the power of Yellowstone is “waning”.

Dr Knott said: “It therefore seems that the Yellowstone hotspot has experienced a three-fold decrease in its capacity to produce supereruption events. This is a very significant decline.”

Thousands of beads and brooches unearthed from Anglo-Saxon cemetery