Follow
Home » Travel » 27,000 people apply to be caretakers of a remote Irish island

27,000 people apply to be caretakers of a remote Irish island

Wanted: Two people with ‘basic survival skills’ to be caretakers of a remote Irish island with NO ELECTRICITY

If you’re fed up with the nine-to-five and hectic commutes, this could be the perfect job for you.

Two ‘caretakers’ with ‘basic survival skills’ are wanted for Great Blasket Island in County Kerry, off the west coast of Ireland – the most westerly point in Europe. And it’s rugged to say the least.

There is no electricity – the only light comes from candles or stoves – and there is no hot water. The only fresh running cold water comes from a spring located above some of the cottages on the island. 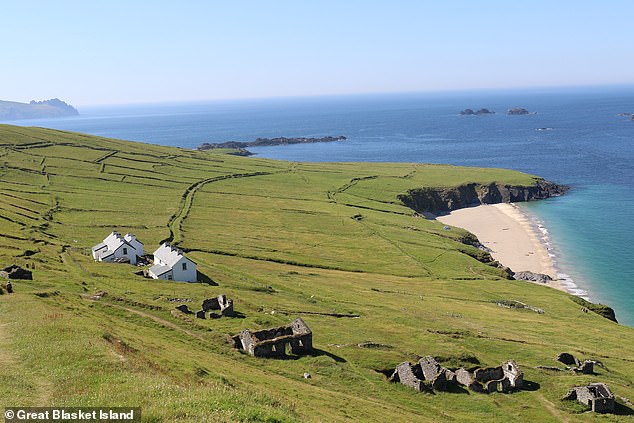 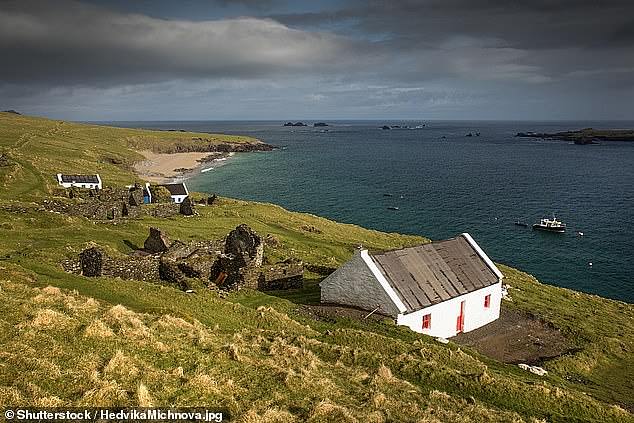 Three rustic cottages are the only accommodation on the island, and there are no luxuries such as electricity or hot water 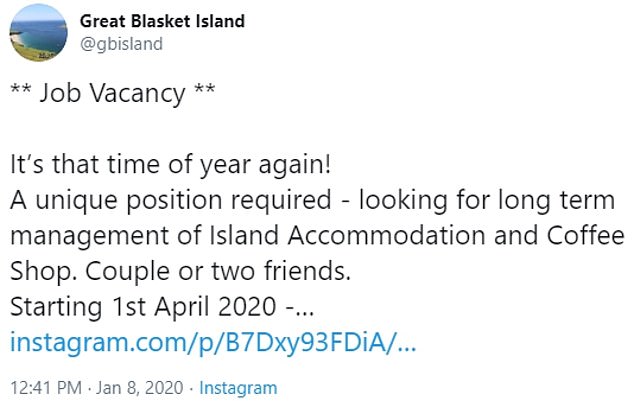 So far 27,000 people have applied to be caretakers on Great Blasket Island

Still, this primitive state of affairs hasn’t stopped a deluge of applications – 27,000 so far, from countries as far away as Venezuela, Canada and Iran.

The two successful candidates will run a small café and the only accommodation on the island – three rustic cottages that sleep up to seven people each – for six months starting in April.

Alice Hayes, 27, and her partner, 31-year-old Billy O’Connor, whose family owns the premises, posted the vacancies on social media and have been bowled over by the response.

Alice told MailOnline Travel: ‘It’s amazing how many people have applied – the emails have completely clogged up my inbox and I have to go through them all as they are mixed up with our bookings. 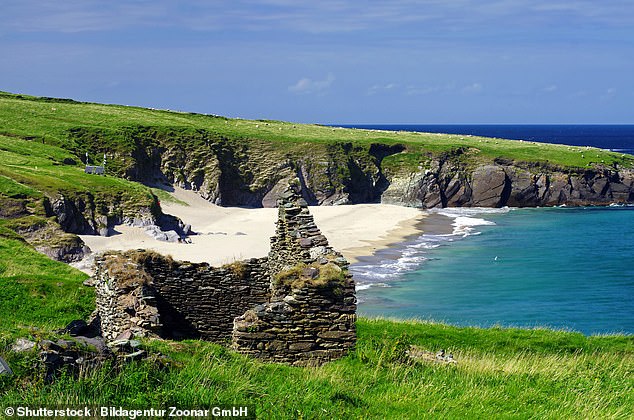 You don’t need to be Bear Grylls, but you do need basic survival skills to live on the island, its current caretaker said

‘We’re going into our sixth season now, but the interest hasn’t been this great previously. It’s fantastic that so many people would like to live and work on a remote Irish island.

‘It’s a mix of nationalities, ranging in age from early 20s to late 30s. There was one British couple that applied that were 77 and 81. But you need a level of fitness to do the job.’

The small, mountainous island has unspoilt sandy beaches and the local wildlife includes seals and dolphins, which would appeal to nature lovers. 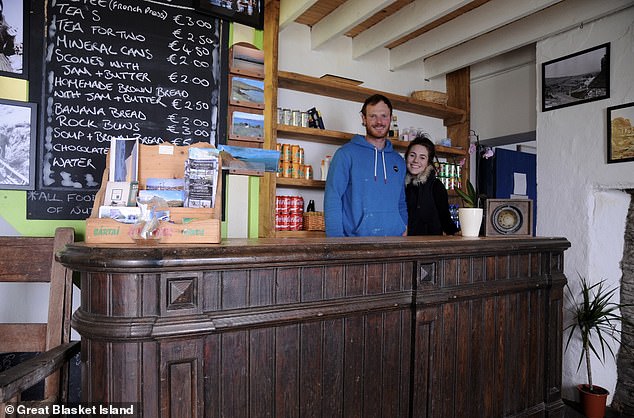 Alice Hayes and her partner, Billy O’Connor, whose family own the premises, advertised on social media for two people to come and live on the island and run the coffee shop (the pair are pictured in it here) and cottage rentals 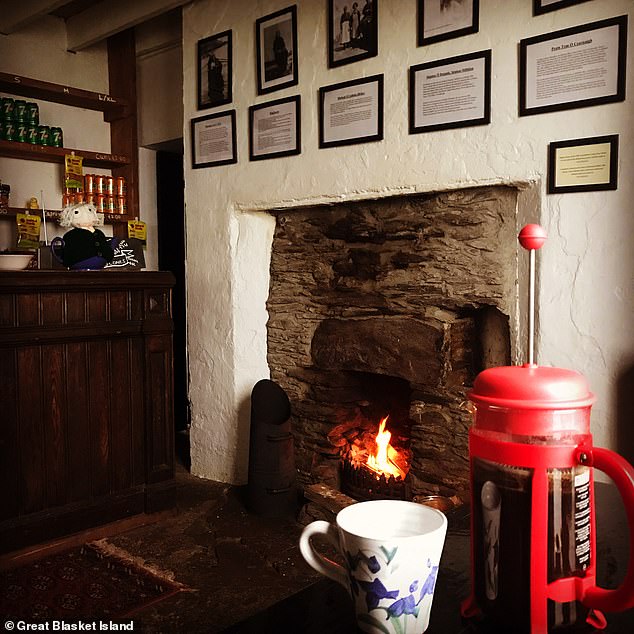 The cosy coffee shop is the only business on the island, and a place where visitors can relax in front of a fire after exploring the remote surroundings

Alice said she would love to be based on the island herself but it wouldn’t be practical as she and Billy have two little boys, Joey, five, and Harry, four.

The accommodation on the island is best described as ‘rustic and unique’.

Alice said: ‘There’s no electricity. We use a small wind turbine that generates enough power to charge one device. This is situated at the back of the staff cottage and is used by staff only.

‘There are no fridges or freezers, but there are gas hobs that you can cook on. Other than that there are no other appliances. It’s real back to basics.

‘The successful applicants will sleep above the coffee shop so can use the facilities in there or if the cottage next door is available they’re welcome to use that too.’

Her advice for applicants is to make sure they can handle the solitude.

She said: ‘They would have to be independent, adaptable, like their own company but be good with people. You don’t need to be Bear Grylls, but you need basic survival skills.’ 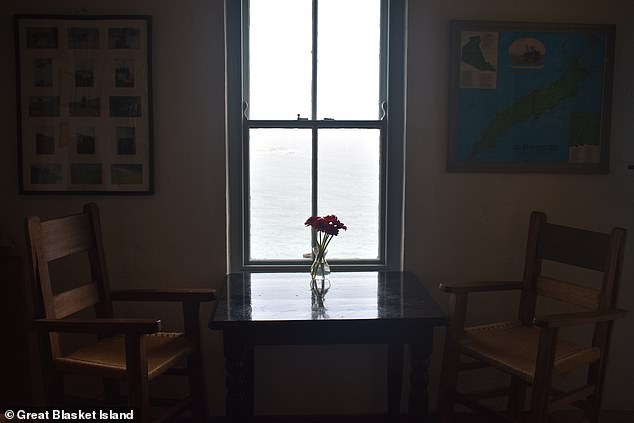 Life on Great Blasket Island is all about the stillness and having time for reflection. Pictured is the interior of one of the rental cottages

And which luxuries would she recommend the successful applicants bring with them to the island?

‘Insect repellent for the midges, dry shampoo, base layers and a diary to record the experience,’ she said.

Lesley Kehoe and her partner Gordon Bond lived and worked on the island as caretakers from April to October in 2019.

Lesley worked at a Seamus Heaney exhibition and Gordon was a civil service worker. 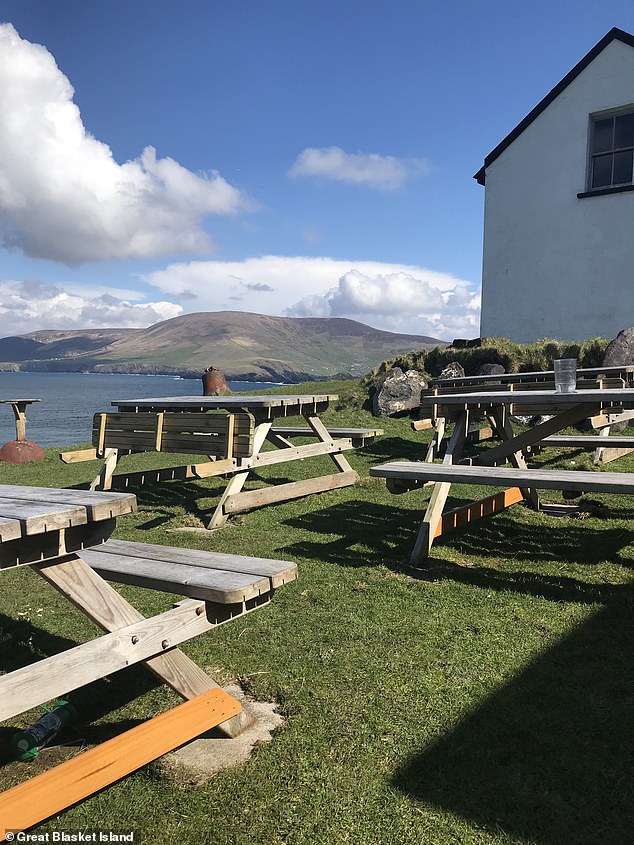 Visitors can enjoy views of the nearby Blasket Islands and may even spot some dolphins. Pictured are picnic tables outside the coffee shop 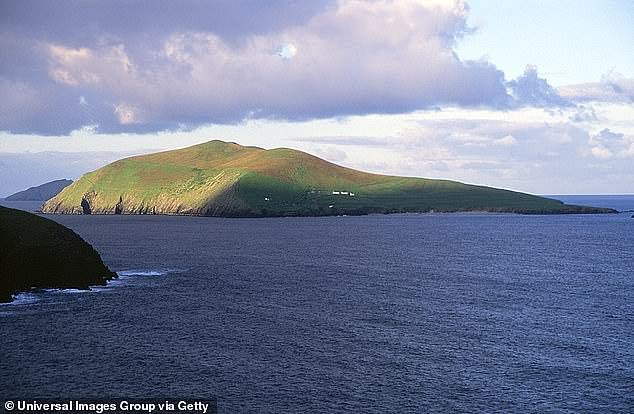 Great Blasket Island measures just 4.29 square kilometres (1.65 square miles) and it’s vital that anyone visiting or living there enjoys their own company 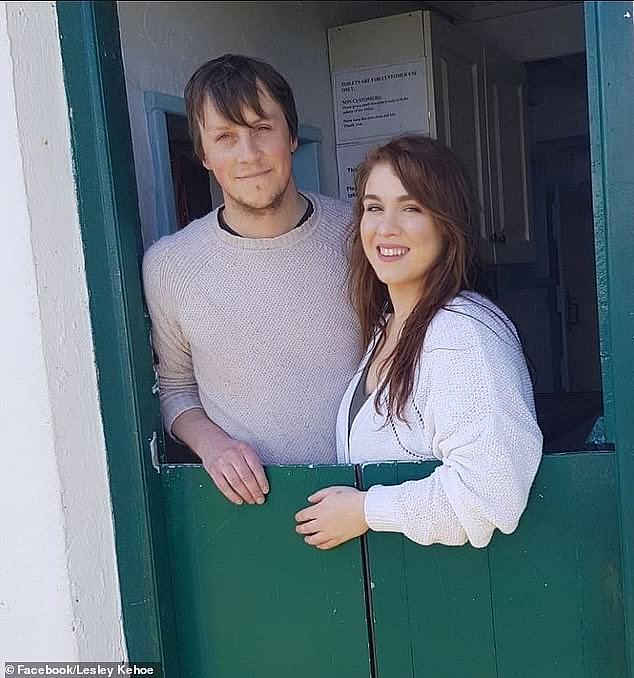 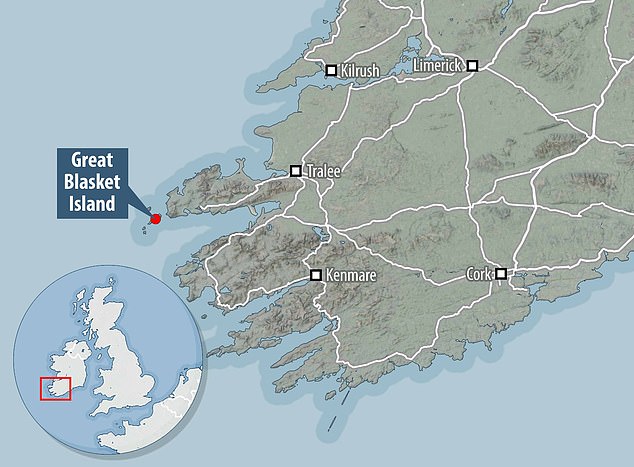 They both enjoyed their jobs but grew tired of the monotony of commuting from Kildare to Dublin.

In January they spotted a job for a hostel keeper on Great Blasket and jumped at the chance.

Speaking to the Irish Sunday Mirror while there, Lesley said: ‘There’s a wind turbine which powers a socket, so we have one socket for the whole place – it wouldn’t be powerful enough to run a vacuum cleaner or anything but it can charge my phone.

‘I said I was going to heat up water every day, that I’d never have a cold shower – but to be honest you’d be upstairs and dressed by the time you’d have the water heated in the kettle so I just decided to brave it.’