7 Virtual ‘Harry Potter’ Attractions On YouTube That Are So Magical

If you’re a major fan of wands and wizards, and would much rather be running around The Wizarding World of Harry Potter right now, look no further than virtual Harry Potter attractions on YouTube. It may be your first instinct to text your besties in the group chat and say, "Let’s go to Diagon Alley and try butterbeer as soon as we can." But, these videos will take you right into the excitement and don’t require any planning or plane tickets.

With just a phone and few taps of your finger, they give you a front row seat for all of Harry Potter’s latest and greatest adventures including his epic run-in with Gringotts, and close encounters with Voldemort — aka, He Who Should Not Be Named. They let you ride the winding rails, take a closer look at Hogwarts massive walls and towering towers, and make you feel like you’re actually on a broomstick during a super competitive Quidditch match.

Granted, they don’t let you feel the wind on your face. These attractions are brought to life in a way, though, that makes you feel like you need to watch every movie and read every book in your spare time. Here are the seven virtual Harry Potter attractions you’ll really want to check out for magic and zero muggles.

The first of these attractions takes you on a wild ride with the one and only Hagrid, as you explore the Forbidden Forest. It’s fairly new to Universal Studios Orlando and known as Hagrid’s Magical Creatures Motorbike Adventure. It’ll take you through lots of twists and turns, but will also bring you closer to some of your favorite items from the franchise without leaving your couch.

2. Harry Potter And The Escape From Gringotts

Have you ever wondered what it would be like to be in one of Harry Potter’s most testy experiences? If so, then a virtual ride on Harry Potter and the Escape from Gringotts will be for you. This attraction has everything from dark and scary tunnels, to massive creatures who are wreaking havoc. TBH, experiencing it at home will prepare you for the real thing.

3. Harry Potter And The Forbidden Journey

Magic comes to life during Harry Potter and the Forbidden Journey. You’re treated to every classroom and iconic spot around Hogwarts that you’ve always dreamed about, before seeing the school’s grounds from above. You’ll follow Harry while he zips through the sky and is chased by fantasy-style creatures. What more could you ask for?

It’s no secret that parks like Universal Studios and Disneyland are filled with hidden experiences. Those experiences are what some fans look and flock for — including the interactive wand magic you can participate in in Diagon Alley and Hogsmeade in The Wizarding World of Harry Potter. Watch this video to dive into the virtual fun, and prep your skills for your next visit.

5. Flight Of The Hippogriff

Learning how to approach a Hippogriff can be tricky work. But this virtual attraction is ready to give you the experience, with none of the line-waiting or tips from Hagrid involved. Simply hit "play" on Flight of the Hippogriff and prepare for takeoff. Oh, and some epic #views.

All abroad, the Hogwarts Express! You’ll never take a train ride like this one in your lifetime. It encourages you to check out Platform 9 3/4 and drops you off at Hogsmeade Station. When you’re getting close to Hogwarts, it illuminates the big towers onto your seat’s windows.

7. A Walking Tour Of The Wizarding World Of Harry Potter

Whenever you’ve dreamed about the world of Harry Potter, you’ve likely imagined what it would be like to walk through Diagon Alley. You’ve probably played out the scenario where you pick out your wand and try butterbeer. Go on this guided walking tour through The Wizarding World of Harry Potter to bring those dreams to life. 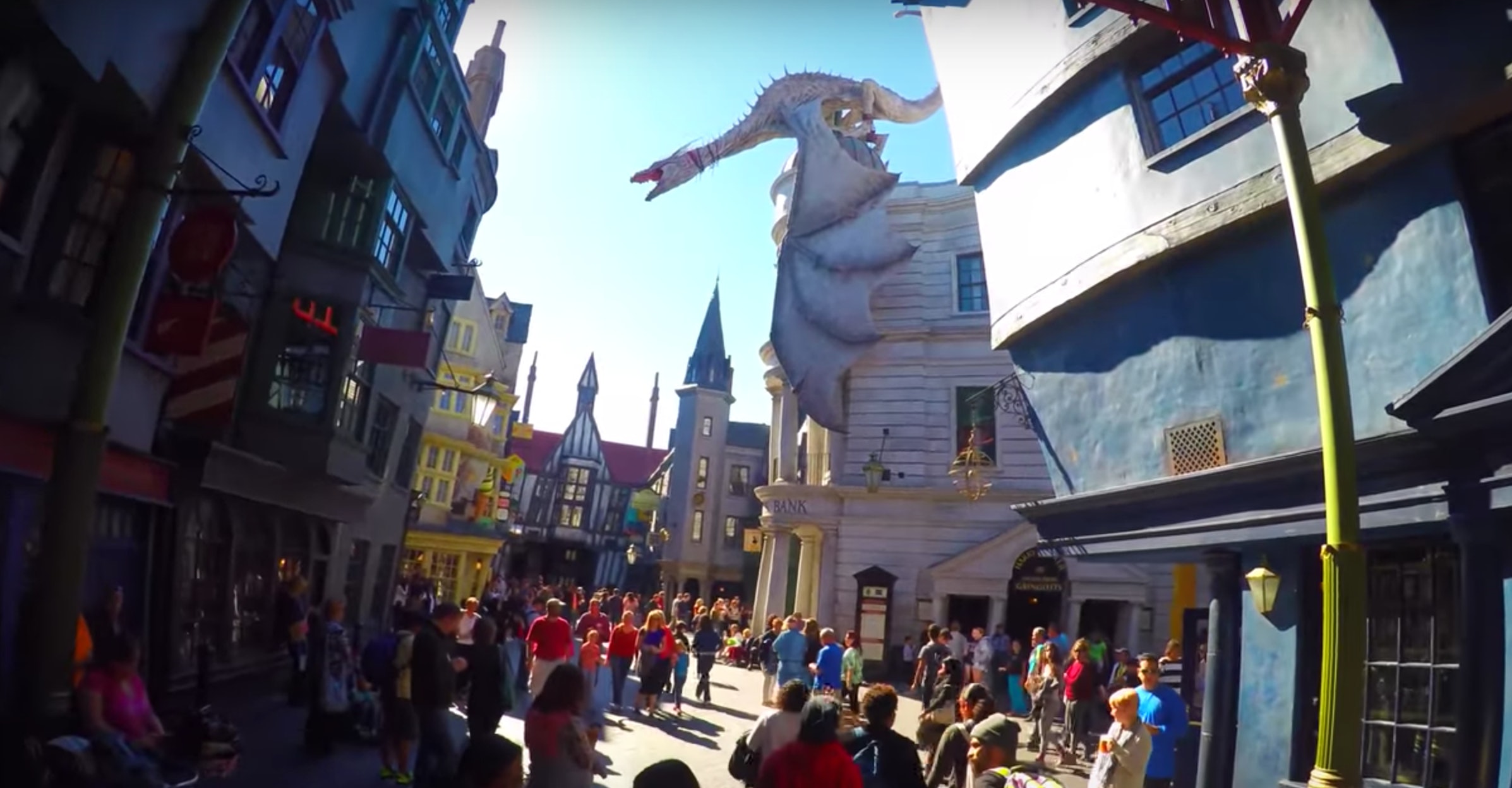