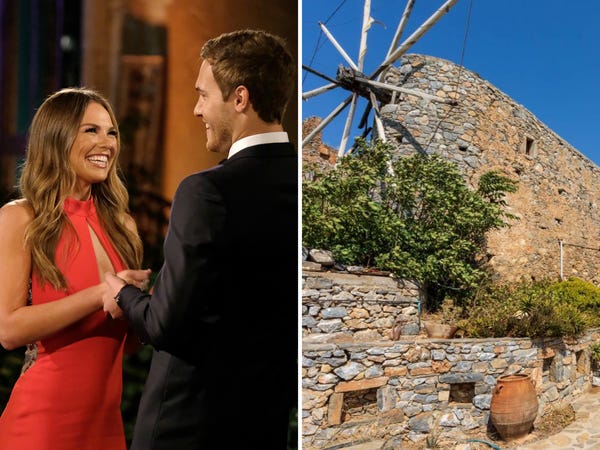 Home rental sites like Airbnb and Vrbo are full of one-of-a-kind rentals, from enormous castles to tiny homes.

However, some listings are even more unique — they're straight out of your favorite movies and TV shows.

From the windmill in Greece where Hannah Brown and Peter Weber spent their infamous fantasy suite date on "The Bachelorette" to Bella and Charlie Swan's house in "Twilight," these rentals are sure to make for a memorable stay.

Here are nine homes you can rent from your favorite movies and TV shows.

You can stay in Bella Swan's house from "Twilight." 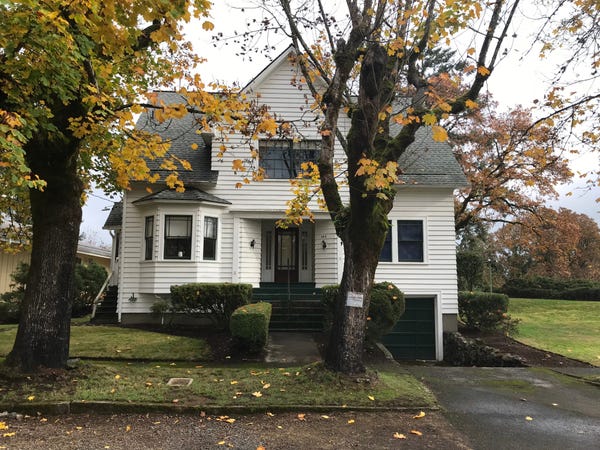 The 1930s home is not actually located in Forks, Washington — it's found in the quaint town of St. Helens, Oregon, which is a short drive to Portland.

Guests can dine at Charlie's actual dining table that was used in filming. 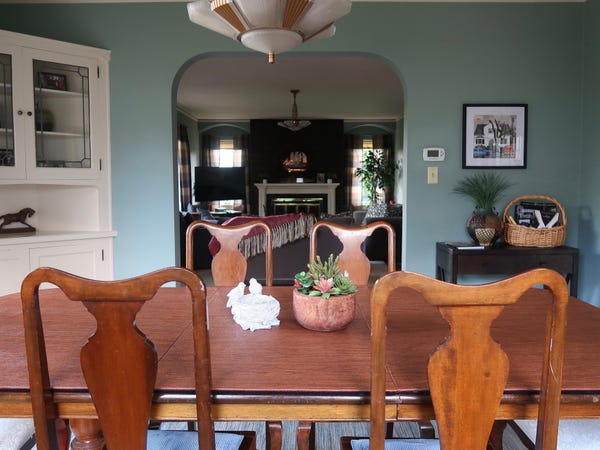 The five-bedroom house, which costs $284 per night to rent, still has many details fans can see in the movie, from Bella's bedding to the shampoo guests can use.

If you're not afraid of Edward Cullen sneaking into your room at night, you can even stay in Bella's bedroom. 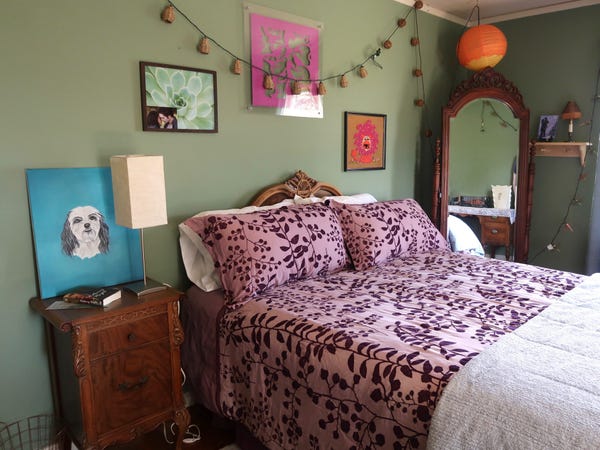 "Where to begin … for those that are huge Twilight fans understand the opportunity to stay in the Swan House," wrote one reviewer on Airbnb. "The accuracy of everything in the house is amazing. The little details they put into each room, the comfort of calling it home for a few days, fangirling out while reenacting scenes from the film, and experiencing the local spots downtown, where a few people can tell you where other film locations are. I cannot express enough what a fun experience this was for myself and my sisters!"

Fans of "Avengers: Endgame" can stay in Tony Stark's cabin. 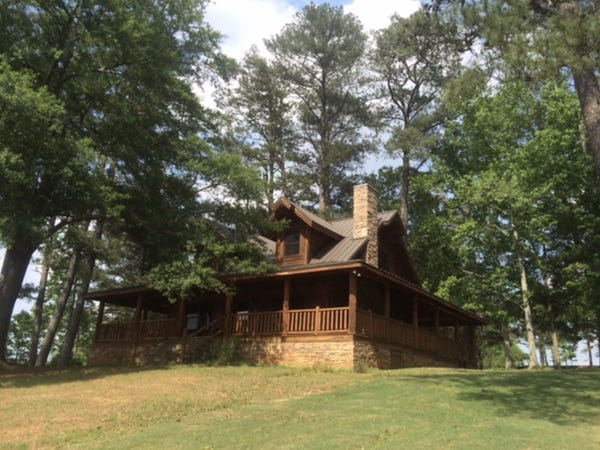 The cabin, which sleeps six, costs $800 per night to rent. 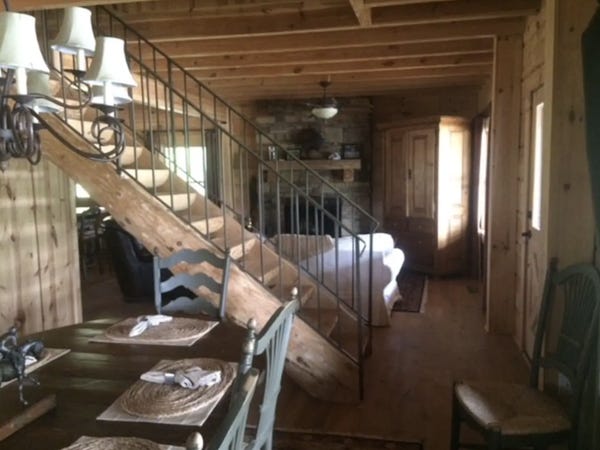 The cabin has three bedrooms and three bathrooms.

It's located in Fairburn, Georgia, and is a 20-minute drive from Atlanta International Airport. 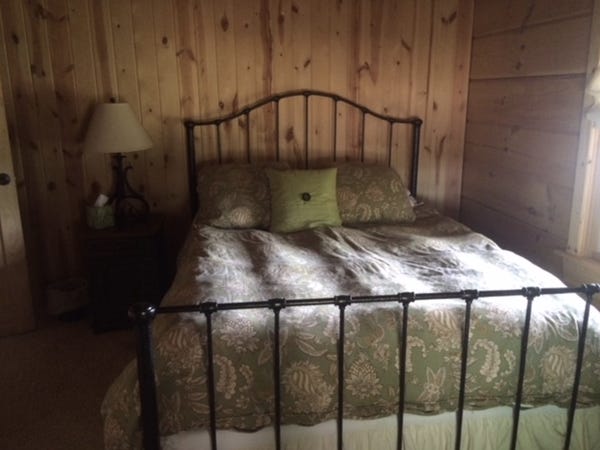 "It was beyond amazing to stay at Tony Stark's cabin," wrote one reviewer on Airbnb. "Watching 'Endgame' inside and walking out to the exact area where the Avengers stood was unbelievable. The property has many other movie sites throughout. We had free reign to wander the property and explore."

"The Bachelorette" fans might recognize this windmill as the place where Hannah Brown and Peter Weber shared their fantasy suite date. 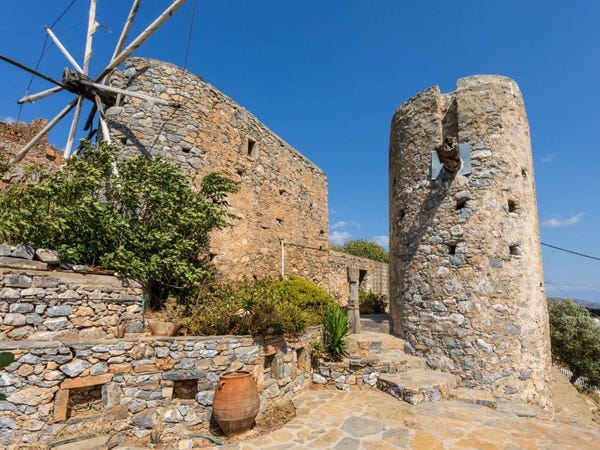 Located in Nikithianos, Greece, the listing doesn't actually mention the hit reality dating show, but some eagle-eyed fans spotted that it's the same windmill where the two spent their romantic — and infamous — final date.

The windmill only costs $71 per night to rent. 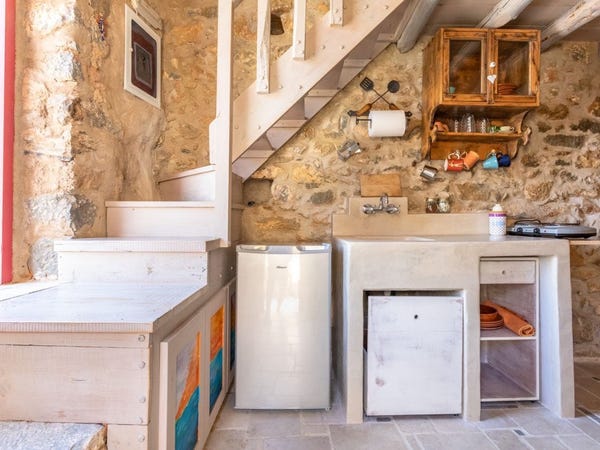 It comes with access to a nearby bathroom and kitchen.

For guests looking for an out-of-the-box home rental experience in Greece, this windmill might fit the bill — "Bachelorette" fan or not. 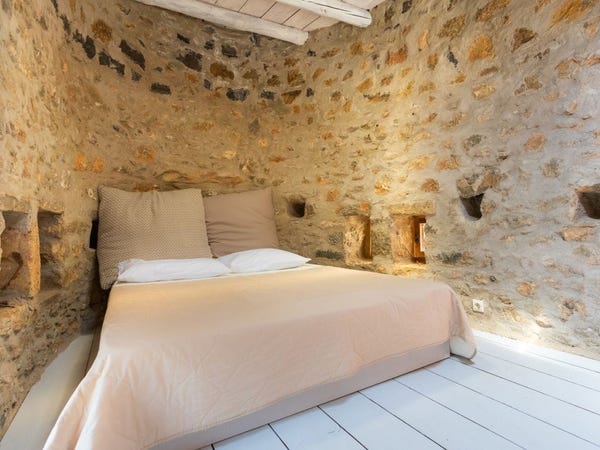 "What an amazing experience! It was so cozy and comfortable. The bed and pillows were so soft. The decor was so cute. The balcony is perfect for sharing some wine and watching the sun set. The hosts were very communicative and the whole experience was one we'll never forget," wrote one Airbnb reviewer.

Fans of "The Fresh Prince of Bel-Air" can stay in the same mansion featured in the show. 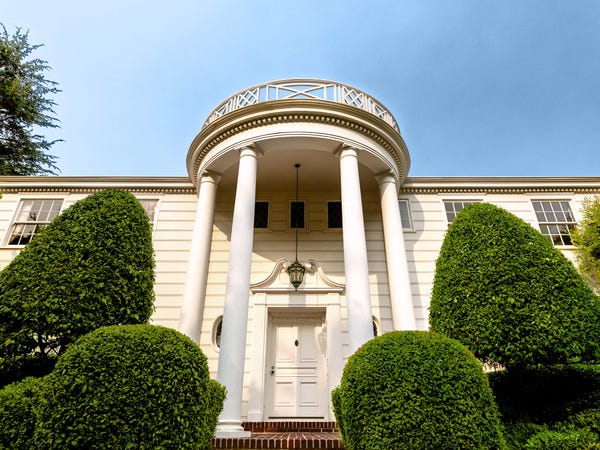 Guests will have access to one wing of "The Fresh Prince of Bel-Air" mansion, which includes a bedroom and bathroom, poolside lounge area, and dining room.

The mansion has been decked out with "Fresh Prince" memorabilia, bold graffiti art, and items from the set. 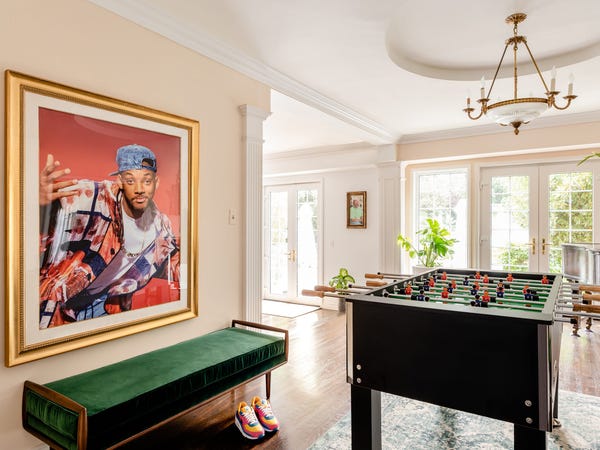 Guests will be able to enjoy special touches inspired by "The Fresh Prince of Bel-Air," including a DJ booth just like DJ Jazzy Jeff's, Philly cheesesteaks served on silver platters, and the opportunity to raid Will's closet.

The "Fresh Prince of Bel-Air" house is only available for five nights in October. 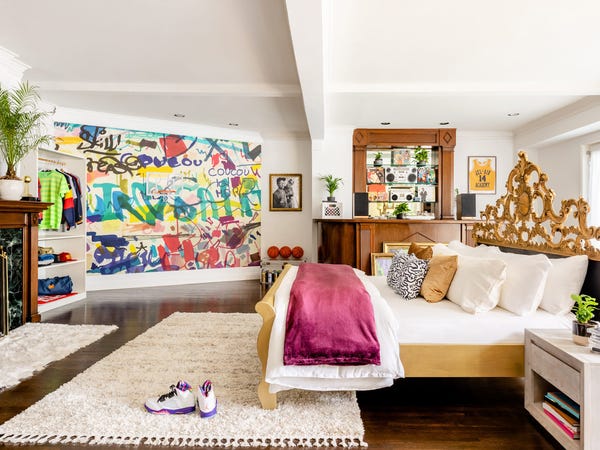 Starting September 29, fans in the Los Angeles County area can request to book one of the available nights — either October 2, October 5, October 8, October 11, or October 14 – from Will Smith himself. Each night runs just $30 per night, making the once-in-a-lifetime "staycation" as affordable as it is memorable.

In honor of the special listing, Airbnb will also be making a one-time donation to a local organization in Will Smith's hometown, the Boys & Girls Clubs of Philadelphia.

This cottage in Albion, California, was featured in some of the exterior shots in "Murder She Wrote." 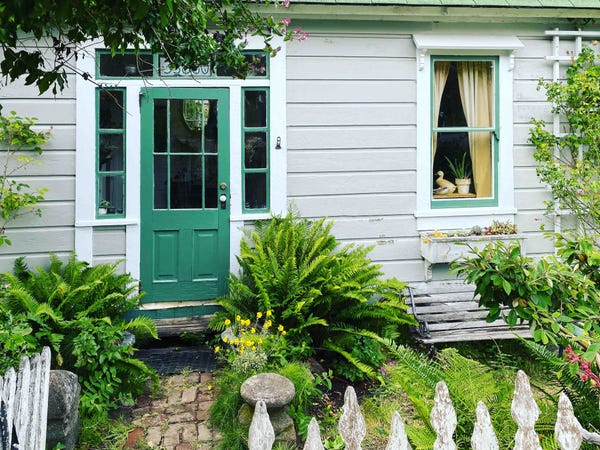 Besides its ties with the iconic TV show, the cottage has a lengthy history. According to the Airbnb listing, the home has been in the same family since 1908, and the owners have taken great care in keeping the cottage original to the era.

The cozy home can be rented for $173 per night. 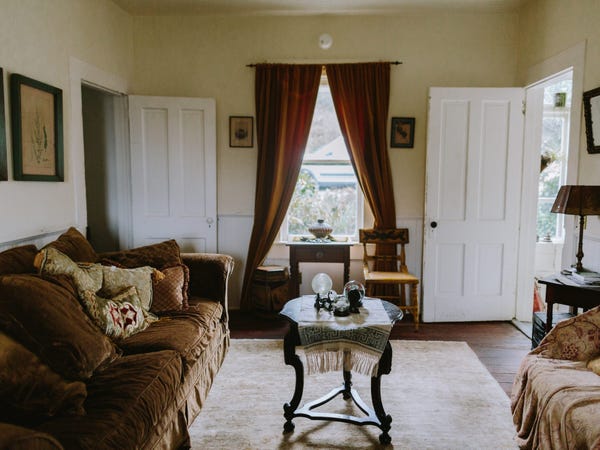 Inside, guests will find family heirlooms, art, and antique furnishings. The home is located just minutes away from the Pacific Ocean.

The home has vintage touches, including a 1940s-era fridge and antique Wedgewood stove from 1920. 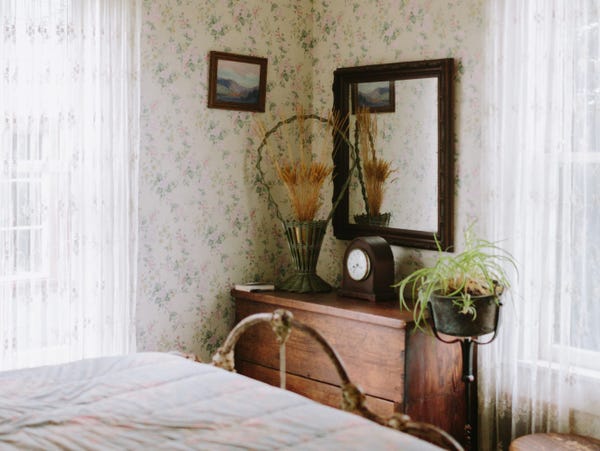 "So much character. There's a lot of history in this little cottage. The tiny hallway was like a museum and I noticed something unique each time I passed through. We had dinners out on the bluff at the Albion Inn both nights, and grabbed our morning coffees and snacks at the market literally steps away from the cottage," wrote one reviewer on Airbnb.

"The stars on the deck at night were incredible, so make sure to catch them on your visit. We stayed during a heatwave and the house stayed surprisingly cool. A completely enjoyable and unique experience. A lot of thought went into the design and trinkets. A fun weekend away on the coast!"

Fans of the hit HGTV show "Fixer Upper" might be ecstatic to learn you can rent iconic homes from the show, including the "Barndominum." 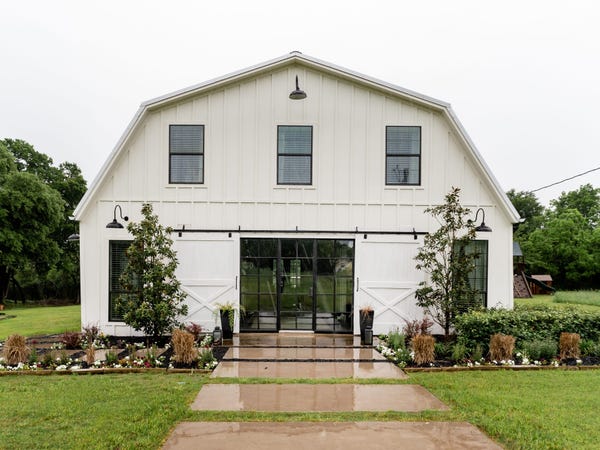 Set on 16 acres of land, the "Barndominium" was the star of one of "Fixer Upper's" most popular episodes. Once a real horse barn, Chip and Joanna Gaines were able to work their magic and turn the structure into a functional, modern abode — and now, you can stay in it yourself.

The home, which costs $856 per night to rent, has five bedrooms, two bathrooms, and sleeps up to 10 people. 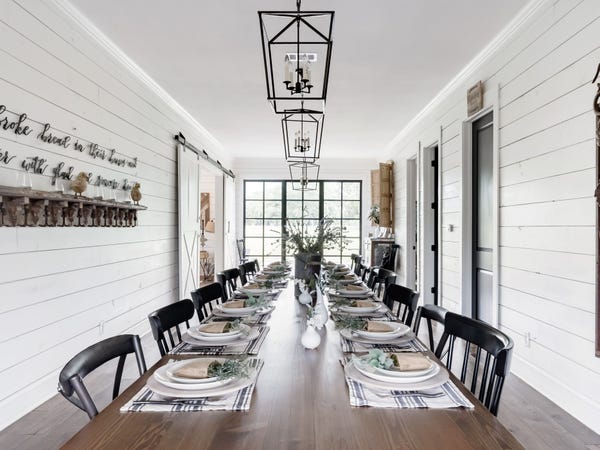 The home also has a large amount of outdoor space for hanging out with friends. The property runs along a 20-acre spring-fed lake and has 1,000 square feet of outdoor living space, according to the listing.

The Fixer Upper "Barndominum" has a number of touches fans might recognize from the show. 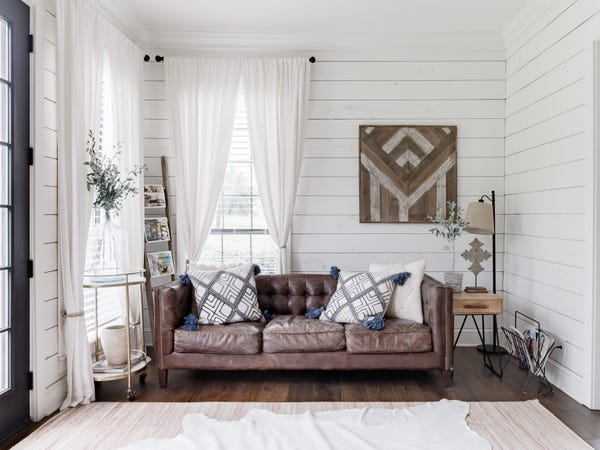 Bunk beds and the wall-mounted Lego art picturing the barn are just a few of the unique touches Joanna Gaines put into the house.

"Has all the character that you would expect from this amazing 'Fixer Upper.' Don't hesitate in staying here. It's magical and Kristi is a great hostess," wrote one Airbnb reviewer.

The same owner of the Barndominium also rents out another "Fixer Upper" house: the adorable "Little House on the Prairie." 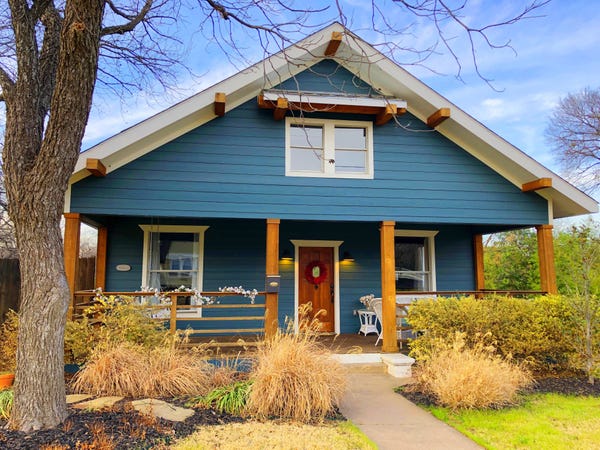 The home costs $272 per night to rent and has three bedrooms and one bathroom. In total, the house has five beds and can accommodate up to eight guests.

The "Little House on the Prairie" appeared in the Season 2 premiere of "Fixer Upper." 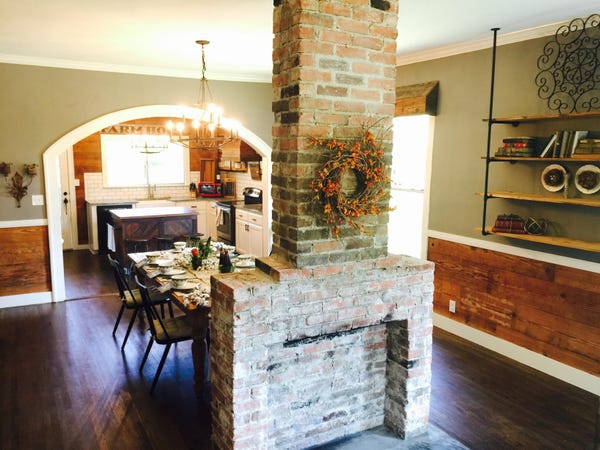 Some of the home's most memorable features include the exposed brick fireplace in the center of the living room, the clawfoot tub in the bathroom, and the quaint farmhouse-style kitchen.

Since the episode, a large back deck with seating, a gas grill, propane heater, and fire table has also been added.

The house is perfect for any "Fixer Upper" fan, with Magnolia Market, Baylor University, and Downtown Waco all located less than 10 minutes away. 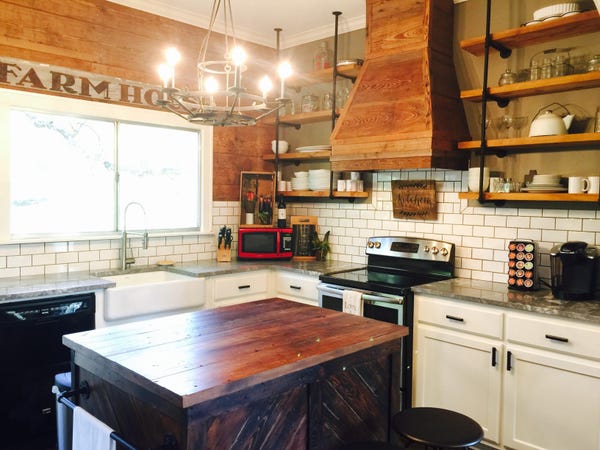 "Great stay in a home straight off of 'Fixer Upper.' The kids enjoyed watching the episode where the house was fixed up while we were staying there. [Most] of the house looked like it did in the episode. We enjoyed the back deck and the lodging. Great visit," reads one review on Airbnb.

One of the most famous homes from "Fixer Upper" — the mid-century modern home from Season 2 — is also available to rent. 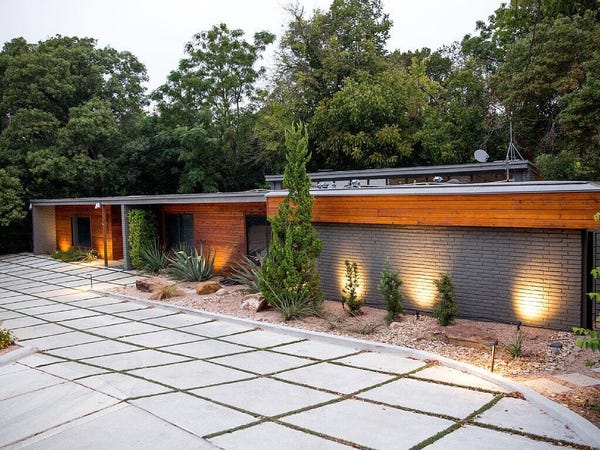 The home has four bedrooms plus a nursery, three bathrooms, and runs for $373 per night.

Inside, guests will find the home to be quite similar to when Joanna and Chip showed the house in the episode. 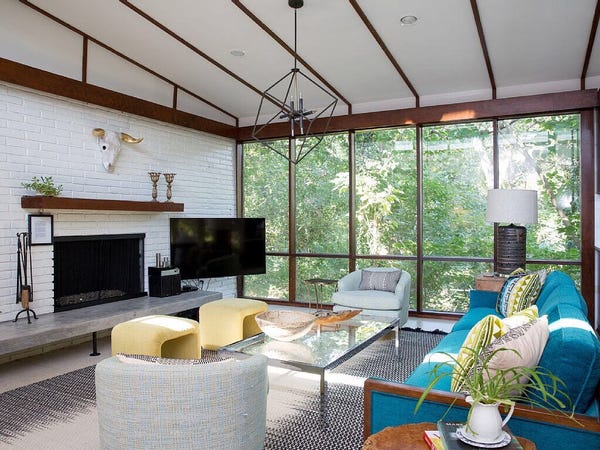 Large windows look out onto the trees behind the house, and the home is filled with tons of mid-century-modern touches. It also has a state-of-the-art kitchen and a large 4K TV.

The home is also located close by to Downtown Waco, Baylor University, and a nearby Target. 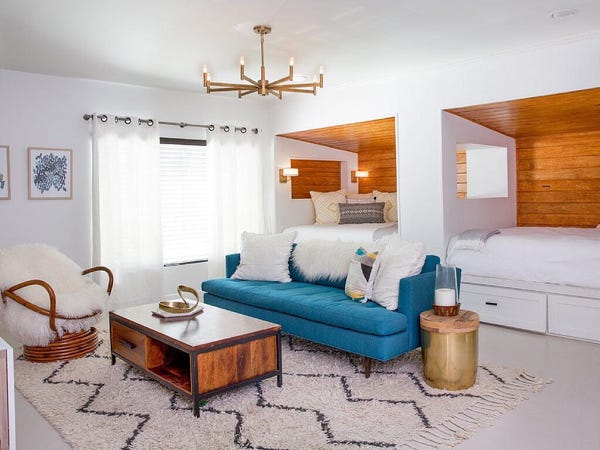 "Thank you for sharing your home! We came to visit Magnolia and other fun spots in Waco. The house was perfect for the 8 of us. The home has a great layout of bedrooms and bathrooms, we were able to spread out. We enjoyed watching the episode of Fixer Upper while staying in the home. We would definitely recommend this home to others," wrote one Airbnb reviewer. 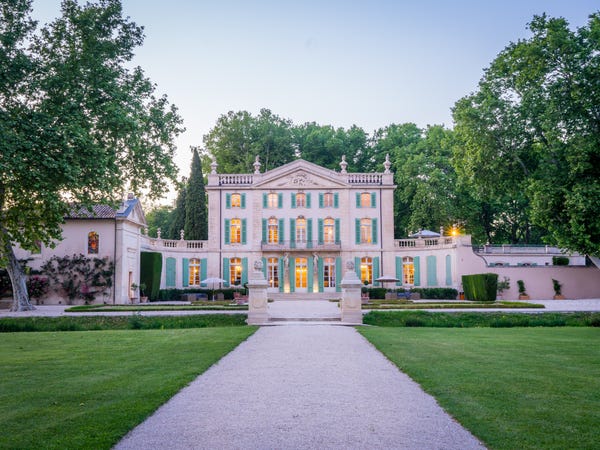 Fans of "RHOBH" might recognize the house, but it's also where Joe Jonas and Sophie Turner held their wedding celebration following their Las Vegas ceremony.

The large, castle-like estate has nine bedrooms, nine bathrooms, and sleeps up to 15 guests. However, this much space doesn't run cheap — to rent Château de Tourreau on Airbnb, it will cost you $3,775 per night.

The home has been restored to reflect the 18th century and features European and Provencal furniture and art. 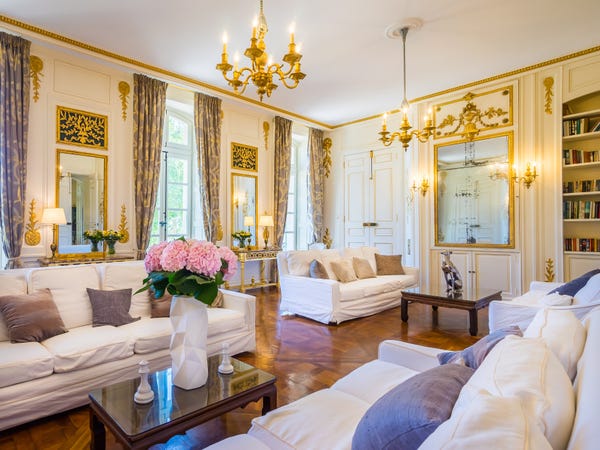 In addition to the Château's multiple bedrooms and bathrooms, guests also have access to three reception rooms, a library, a large formal dining room which seats up to 20 people, and an informal large, combined dining room and kitchen.

The glamour doesn't stop there, however — the estate also has a mirror pool and adjoining children's pool. 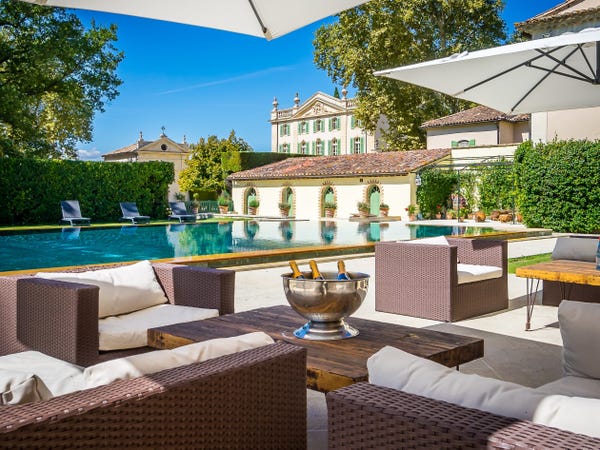 Outdoor amenities include an outdoor shower, a dining room, and a living space adjoining the kitchen, which comes with barbecues. There are also separate dressing rooms and a shower and toilet by the pool.

airbnb, features, movies, tv s
You may also like: