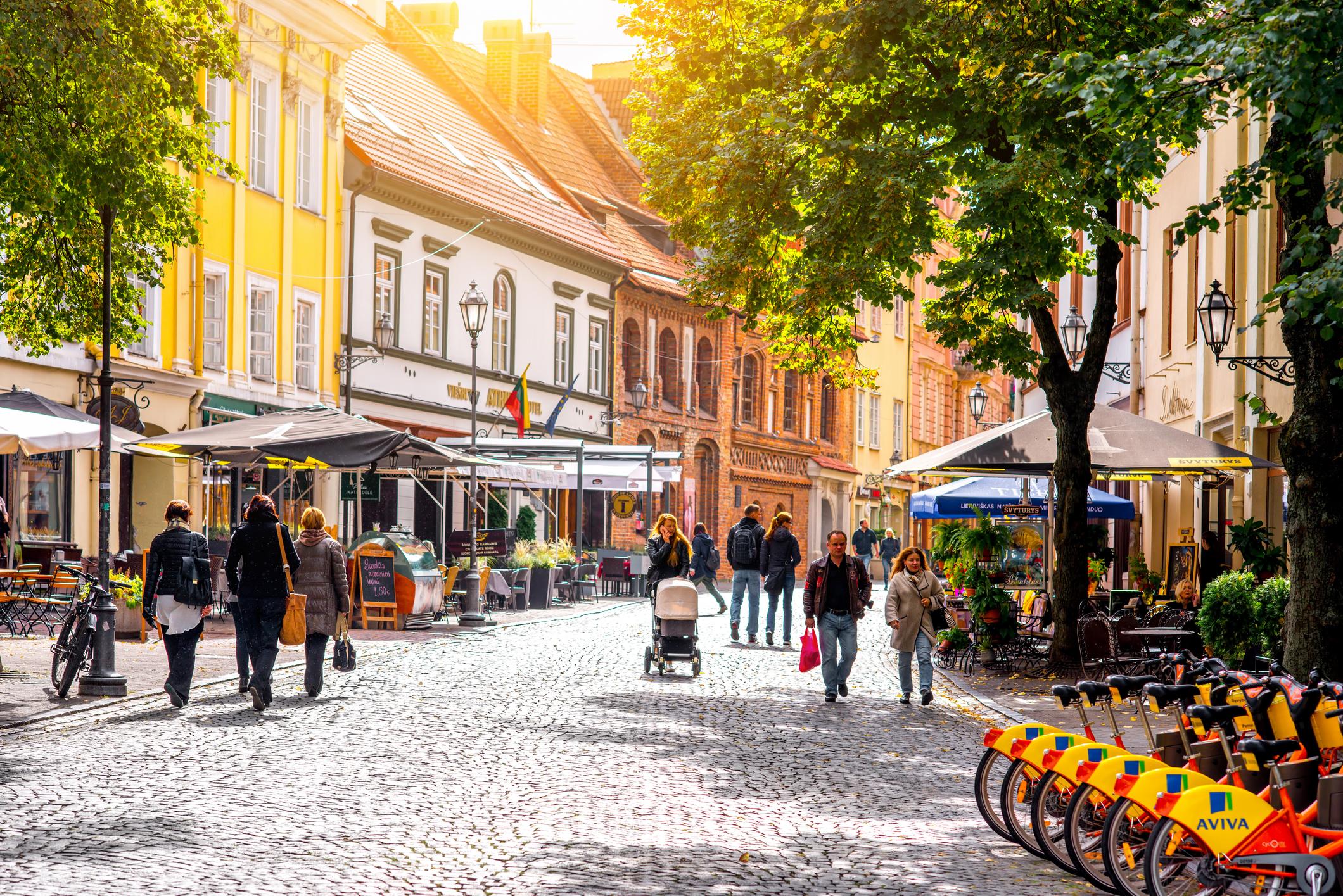 It is the capital of Lithuania, which was part of the Soviet Union until 1990, and before that a target of the Nazis in World War Two.

Understandably, it’s now fiercely proud of its independence, and is busy doing its own thing again.

And nowadays it’s becoming a hipster haven, too, where cool kids dressed in black walk their dogs and hang out for a craft beer in the trendy, bohemian neighbourhood of Uzupis. 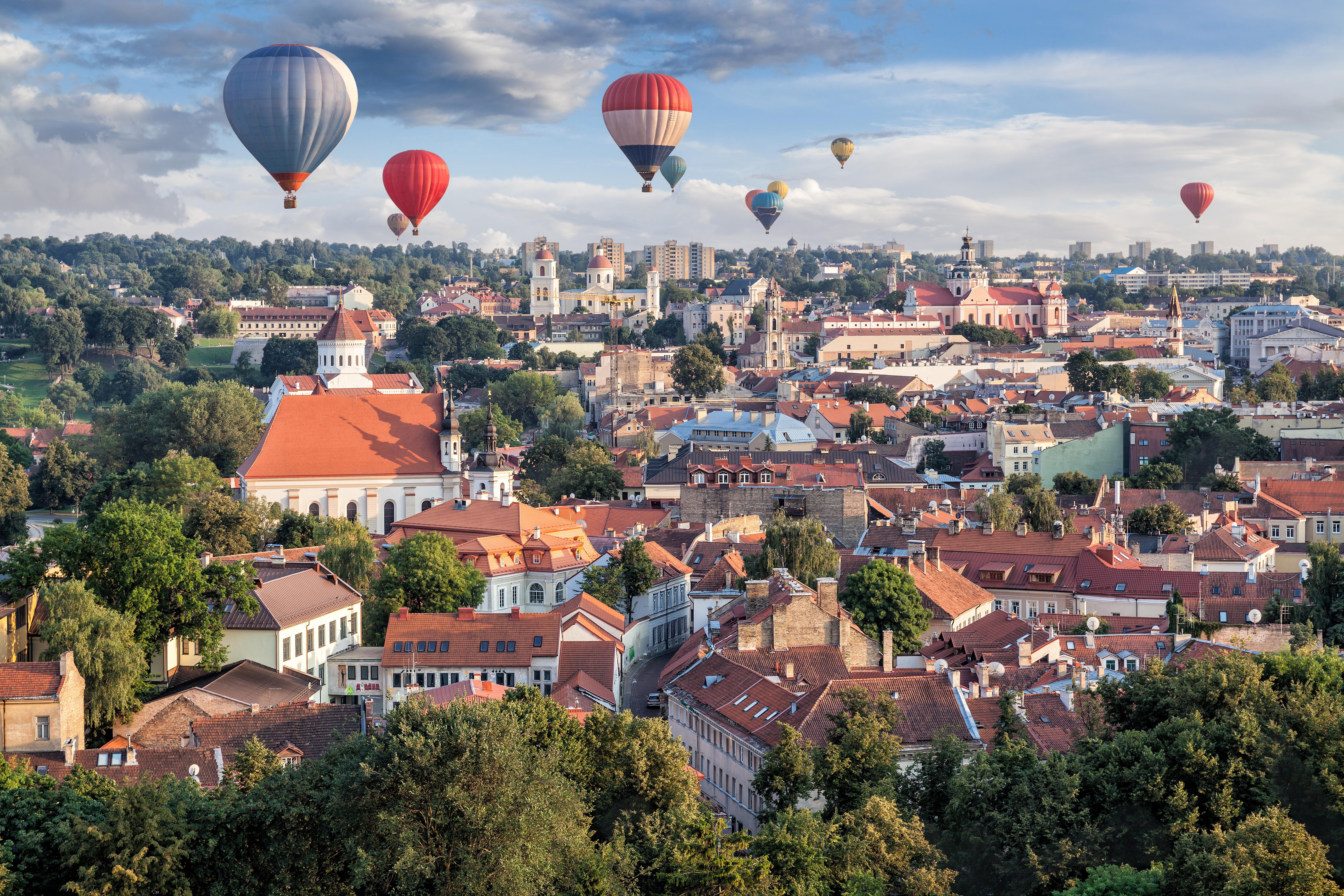 A city made for walking?

Very much so. Its quiet streets are safe and calm, perfect for exploring on foot — no public transport needed, which saves money.

We checked out the beautiful Our Lady of the Gates Of Dawn, a Catholic church and part of the city wall, before crossing the Vilnia river into trendy Uzupis, which is covered in graffiti and street art.

It’s technically a republic — with its own “consti- tution” written on a wall, and a cabinet of ministers — where many artists live. 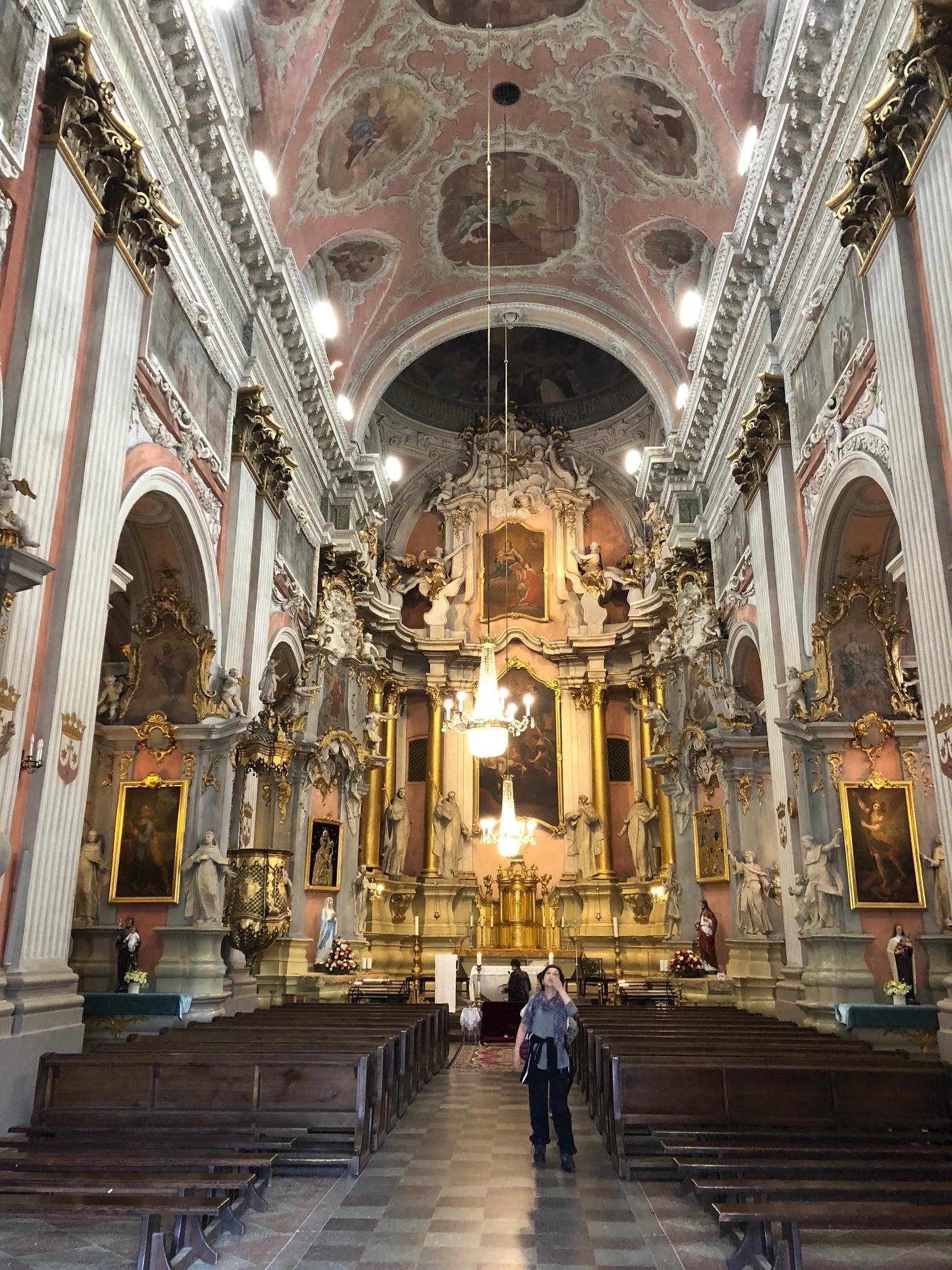 But the constitution was written in a pub — and mostly encourages folk to get drunk and be happy.

Get your passport stamped when you cross into Uzupis — there’s a pub on the corner that does this if you buy a beer.

If hot-air balloon rides are your thing, you can take off in one from the town centre for an unforgettable ride, as there are no high-rises.

It’s also worth visiting the Museum of Occupations and Freedom Fights, a former KGB HQ (four euros entry) charting Lithuania’s past under Nazi and Soviet occupation. 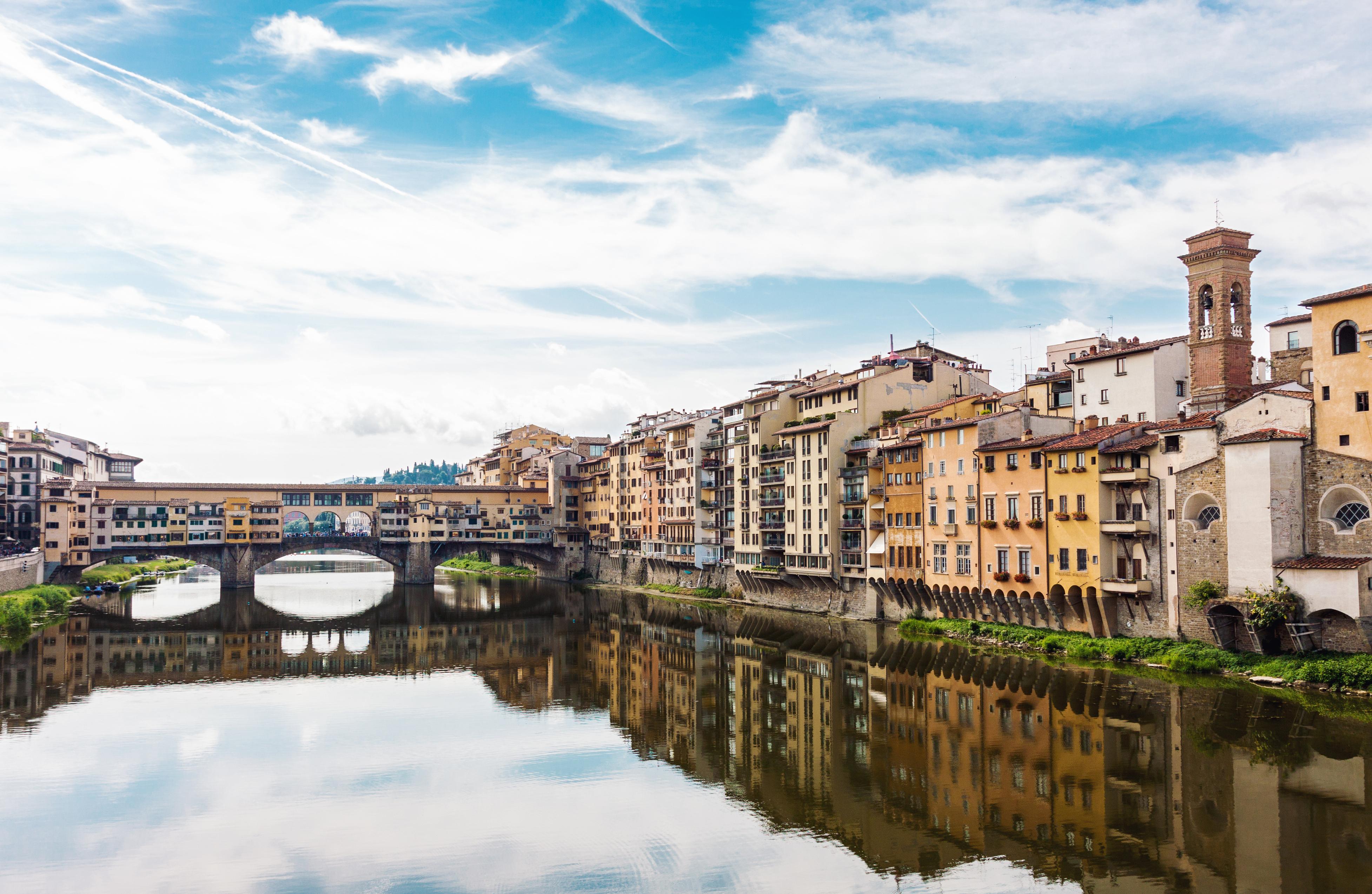 Visitors see cells where prisoners were held, tortured and executed by the Russians. Not for the faint-hearted.

What should I eat?

The Hales Market is brilliant for fresh local food such as sausages and stews, and its smoothie stand is legendary — if you have a hangover or a cold, the owner will rustle you up a juice to fix it.

For a fancy dinner, try Sweet Root. We had an unforgettable 14-course taster menu made from foraged ingredients such as mushrooms, herbs and root veggies, teamed with organic meats and delicious wine. It’s 75 euros before booze.

Uzupis and the Old Town have great bars.

The city’s ale scene is big and you can sip pints from all around the world. Alchemikas and Nomads are both good for cocktails. 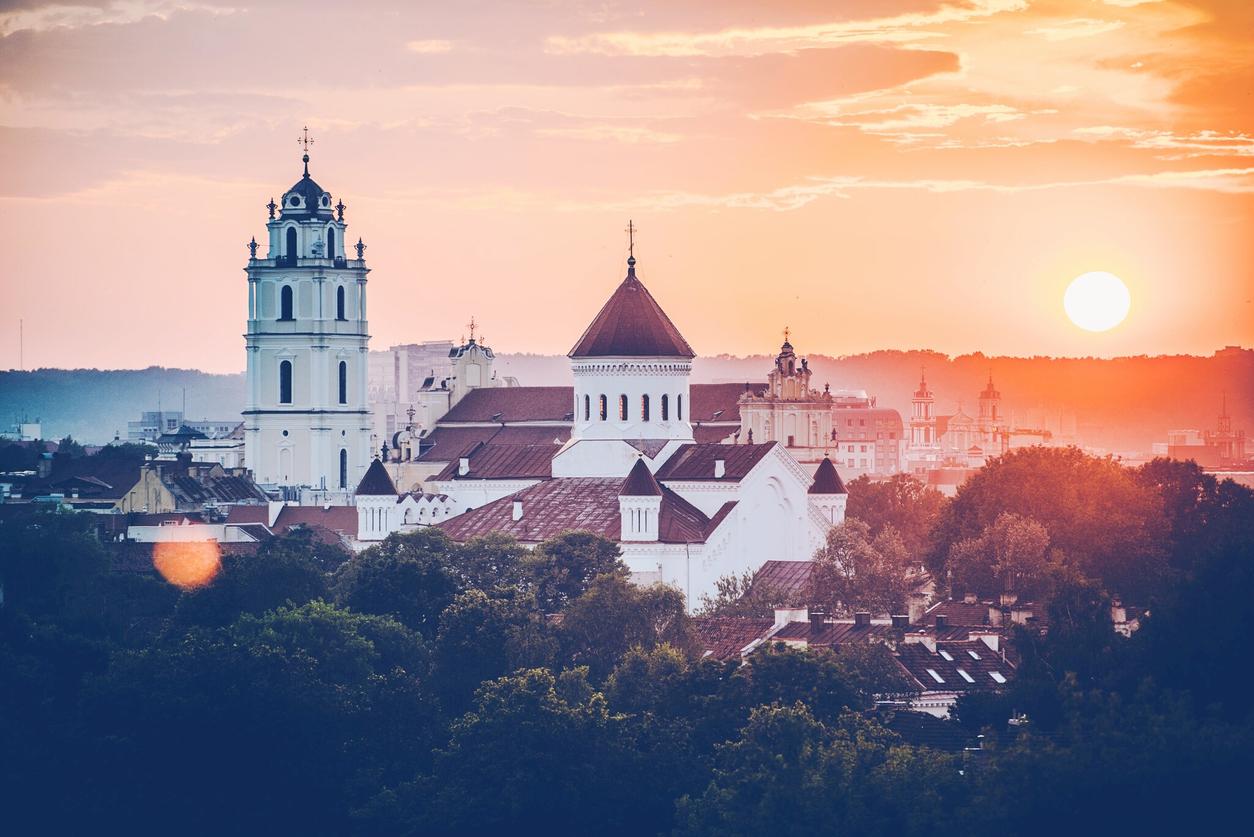 Where should I stay?

The Artis Centrum Hotel was cosy, modern and friendly, with huge, spotless rooms with big windows and comfy beds.

It’s right in the centre of the Old Town, which means you won’t spend a penny on transport all weekend, and it’s within stumbling distance of the city’s pubs and bars but is also blissfully quiet for a solid night’s kip in one of its huge beds.

GETTING THERE: Wizz Air flies daily from London Luton to Vilnius, with fares starting at £17.99 one-way. See wizzair.com

STAYING THERE: Stay at the Artis Centrum Hotel from 70 euros per room per night. See centrumhotels.com

a, is, perf, the, vacation, Vilnius
You may also like:

Is this the new St Moritz? Investment in Andermatt is paying off

Super Nintendo World will open at Universal Orlando in 2023

Cheapest cruise deals are found during ‘wave season’ when Royal Caribbean, P&O and Celebrity all slash prices – The Sun

Lavish James Bond themed holiday launches – but it will set you back £90,000