Almost 70 per cent of flight attendants say they’ve been sexually harassed while flying with one in five claiming to have been ‘groped, slapped or grabbed’

Nearly 70 per cent of flight attendants say they have been sexually harassed while doing their jobs, a new survey has revealed.

The research also showed that one-in-three cabin crew had experienced verbal sexual harassment while one in five said they had been physically sexually harassed such as being groped, slapped or grabbed in the past year alone.

Meanwhile despite the prominent #MeToo movement, 68 per cent of flight attendants say there have been no efforts by airlines to address workplace harassment in the last year. 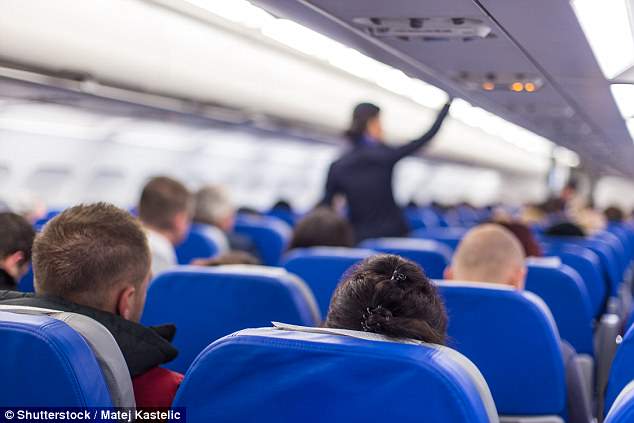 The study is the first of its kind to be carried out by US union the Association of Flight Attendants-CWA (AFA).

President of the union Sara Nelson said that while #MeToo has focused on the entertainment industry and politics, more needed to be done to eradicate sexism and harassment in the airline industry.

She said: ‘The time when flight attendants were objectified in airline marketing and people joked about “coffee, tea, or me” needs to be permanently grounded. #TimesUp for the industry to put an end to its sexist past.

‘Flight attendants are first responders. Their authority when responding to emergencies is undermined when they are belittled and harassed.

‘Likewise, harassment makes it more difficult for flight attendants to intervene when passengers are harassed by other passengers.

‘Flight attendants must be confident that airline executives will back them up when they respond to and report harassment of crew and passengers.’

The survey quizzed 3,500 flight attendants from 29 US airlines with 80 per cent of the respondents women and 20 per cent men. 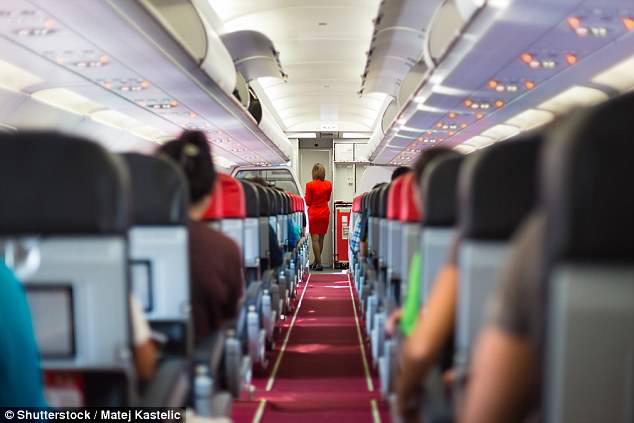 The research showed that one in five said they had been physically sexually harassed such as being groped, slapped or grabbed in the past year alone

It revealed that 69 per cent said they had experienced sexual harassment during their flying careers.

In terms of verbal sexual harassment, 35 per cent said they had faced it in the past year, and of those, 68 per cent had faced it three or more times.

Some also reported being subjected to passengers’ explicit sexual fantasies, propositions, request for sexual ‘favours’ and pornographic videos and pictures.

And most said that the most common response to this was to ignore the passenger for the rest of the flight.

The survey also revealed that 18 per cent of those asked said they had experienced physical sexual harassment from passengers in the past year. More than 40 per cent of those suffered physical abuse three or more times.

Respondents said physical harassment included having their breasts, buttocks and crotch area ‘touched, felt, pulled, grabbed, groped, slapped and fondled’ both on top and underneath their uniforms.

Other abuse included passengers cornering or lunging at them followed by unwanted hugs and kisses.

However, only seven per cent of the flight attendants who experienced the abuse have reported the sexual harassment to their employer.

The AFA singled out Alaska, United and Spirit Airlines as doing the most to help eradicate sexual harassment from the workplace.

But the union says both airlines and passengers must work together to ensure flight attendants can work in a safe environment.

Ms Nelson added: ‘Harassment of flight attendants is legendary, but this survey shows just how commonplace it remains even during the #MeToo era.

‘It’s time for all of us – airlines, unions, regulators, legislators and passengers – to put a stop to behaviors that can no longer be condoned.

‘The dignity and well-being of flight attendants and the safety of all travelers depend on it.’