And with it we’re lusting about escaping to Majorca like the tanned, preened contestants we’re going to be obsessed with this summer. Of course, that means hiring a huge villa for you and your mates – and luckily for you’ve found the cream of the crop on Airbnb on the Spanish island this summer.

The island has tons to offer, from white sandy beaches to the buzzing restaurants and bars of Palma.

There's a real party vibe on the island, but it's also a good choice if you want to kick back, relax and hang out by the pool for a couple of weeks – like an actual Love Island contestant.

And who knows? You might even spot Caroline Flack out and about when you're there. 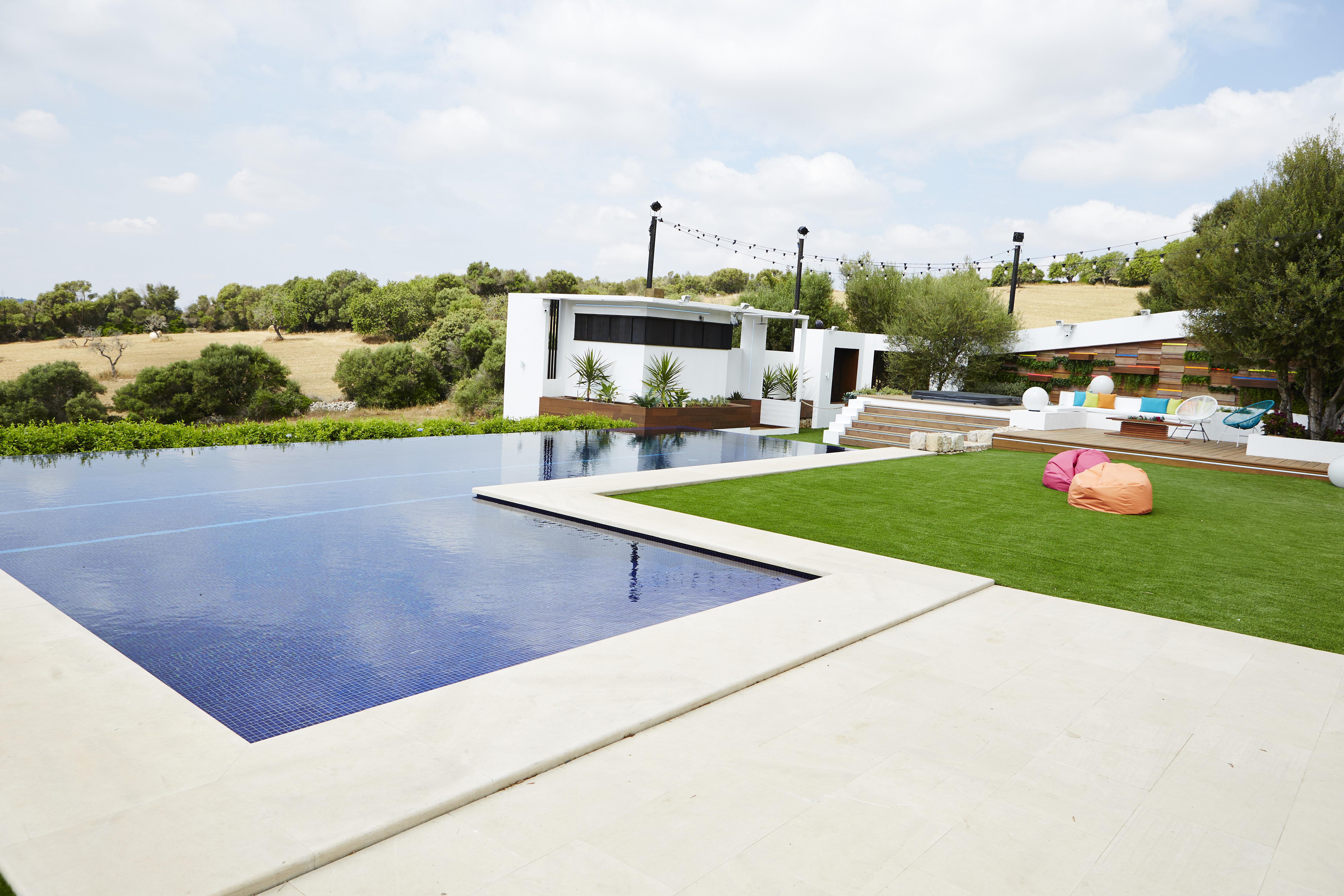 These villas are all available for hire from Airbnb at reasonable prices when split between groups – now all you need to do is sort out your swimwear and get booking.

You're just 15 minutes' walk from the old town of Pollença at this beautiful villa and also 20 minutes' drive from the beach.

Pollença has been a favourite holiday haunt over the years for people as far-ranging as Agatha Christie and Winston Churchill and is full of boutique shops and bars. 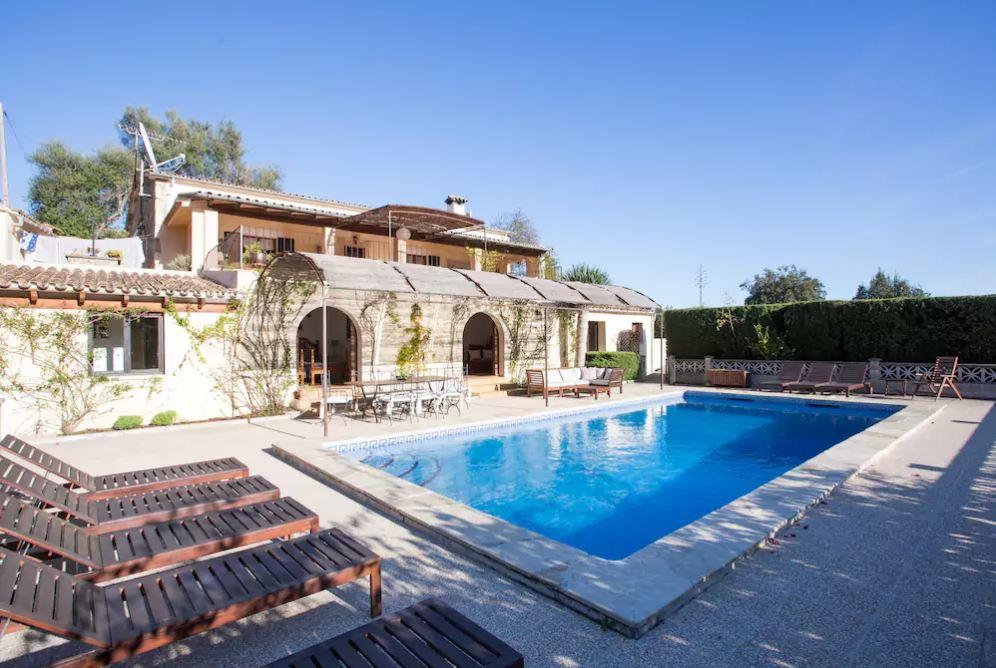 The villa has mountain views, a big private pool to hang out by and sun yourself, and a barbecue for cooking outside.

Inside you have a large lounge and dining area – and there's also a shaded outdoor dining area too. 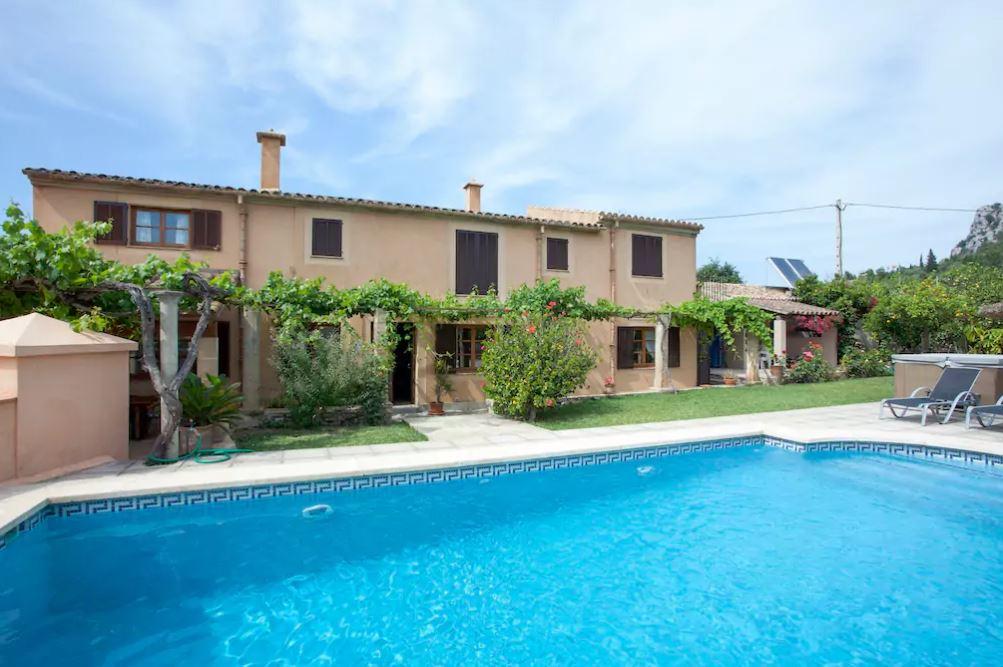 Another property in Pollença, this villa sleeps five and also has stunning mountain views and is just a short walk from the town for dinner and drinks.

There's a large garden and swimming pool surrounded by sun loungers for the daytime as well as a barbecue.

Inside you have a lounge with satellite TV, a separate laundry area and three bedrooms.

You're also just a short drive away from Puerto Pollença and Cala Sant Vicenç beaches. 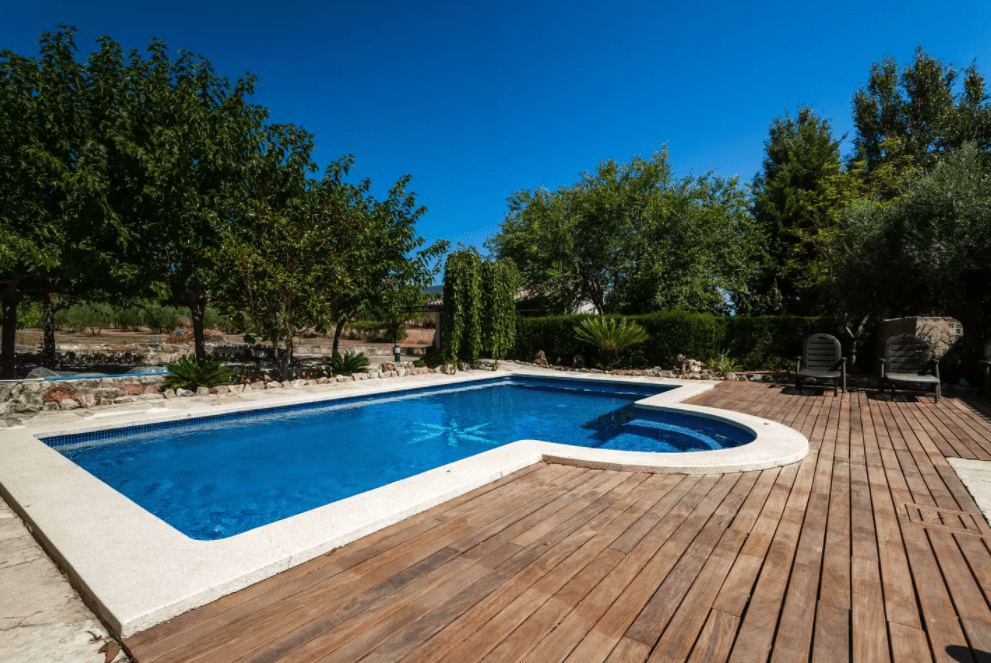 This is the perfect spot if you want to chill out and relax – and if you're into walking or biking then there are lots of nearby hills to explore.

Inside there's a large open space with a kitchen and a diner, and outside you have a pool to relax in.

There's also a table tennis table and games such as chess, ludo and draughts on your downtime.

The villa sleeps four, which comes in at £28.25pp per night. 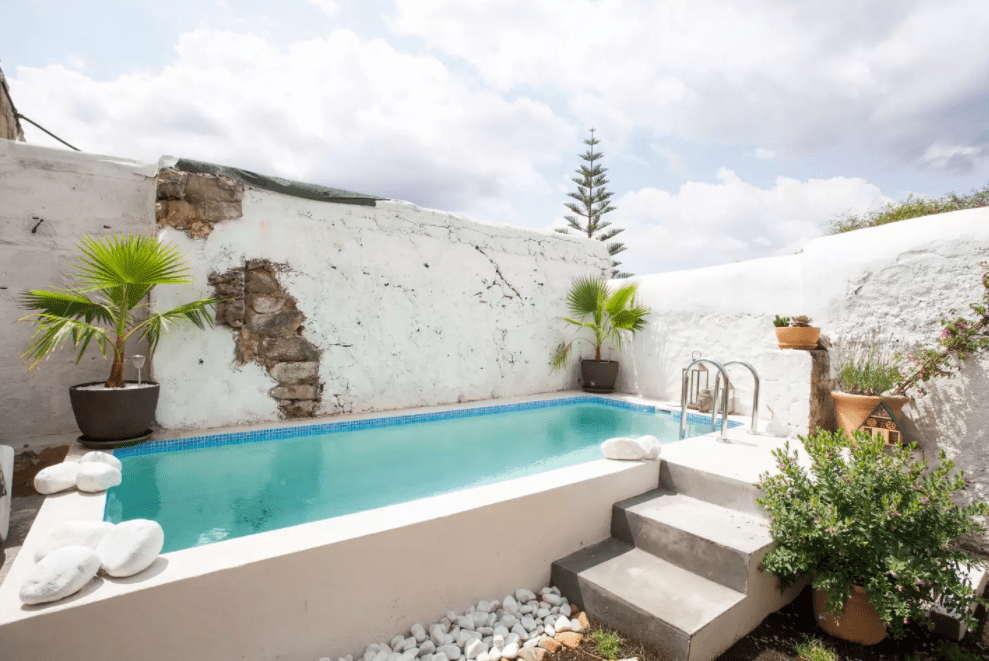 Situated in the village of Porreres, this townhouse is just a couple of minutes' walk from the village square, as well as bars and restaurants for the evening.

There's a rooftop for relaxing on as well (remember last year's roof on Love Island where the contestants would hang out and spy on each other?).

Of course there's a swimming pool, too, and inside the decor is minimal and white.

The house sleeps six people and is priced from £95 per night which comes in at £15.83pp per night. Just imagine sitting outside and relaxing in the shade at this villa – which has real Love Island outdoor area vibes indeed.

The cottage is a few miles from Manacor and has a volleyball court as well as a swimming pool.

You're also surrounded by trees and countryside and there are views out over the rolling hills.

The villa sleeps six people and is priced at £112 per night which works out at £18.60pp per night. 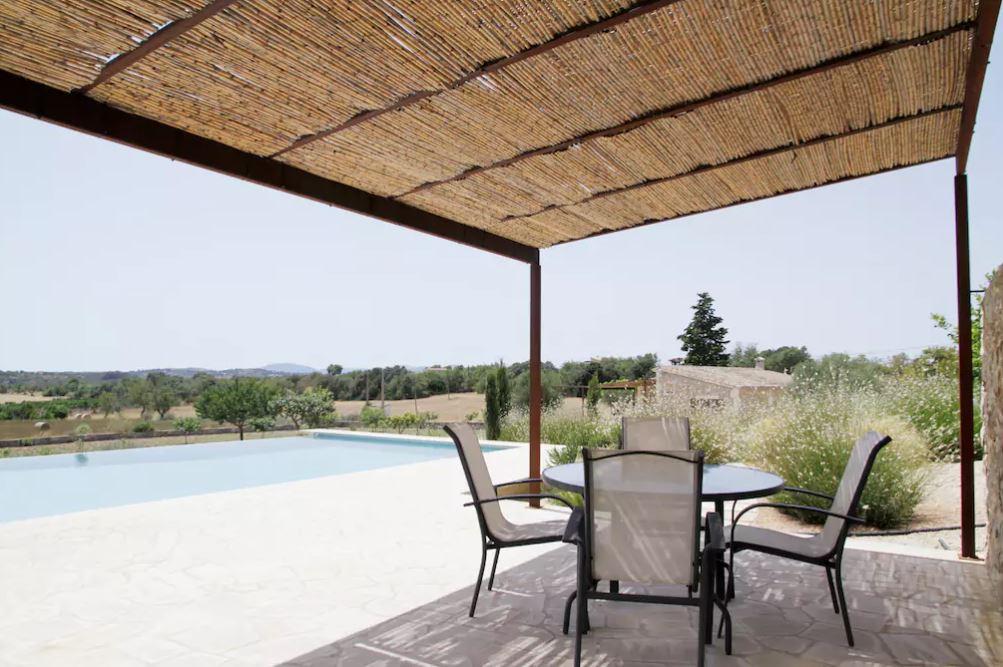 You're just ten minutes from the beach at Cala Millor at this rural villa which is surrounded by fruit trees and gardens.

There's an infinity pool – perfect for those Love Island-style selfies – as well as a large porch.

Inside there's an open plan living room, a kitchen and two bedrooms.

The villa sleeps six people and is priced at £135 per night which works out at £22.50pp per night. 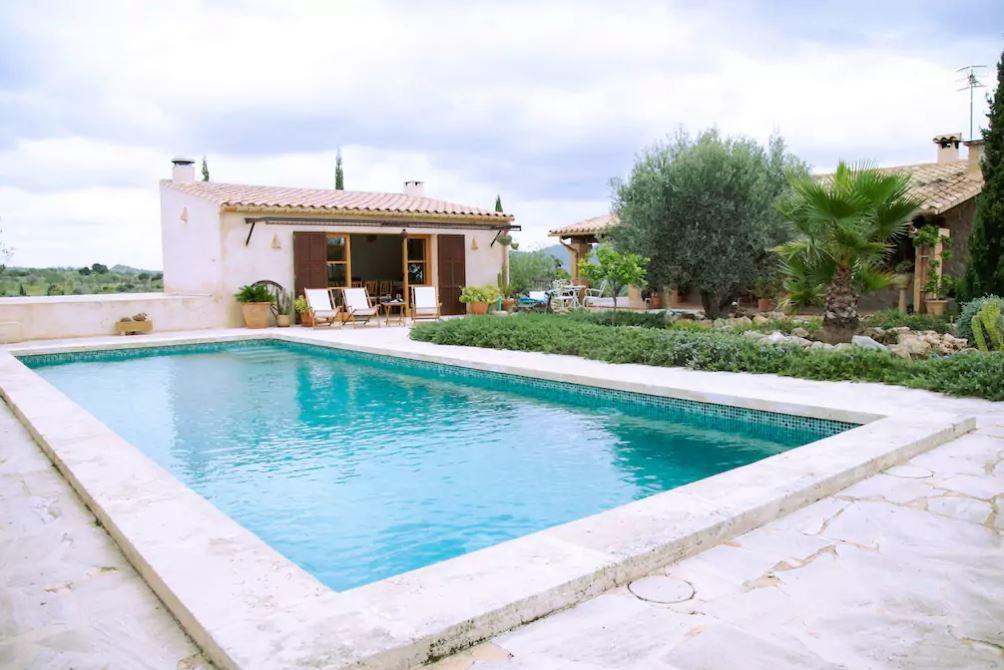 This villa is right in the centre of Mallorca, but that means you're still only 45 minutes to any beach on the island.

There's a large pool and barbecue for cooking dinner in the evening.

Nearby Sant Llorenç des Cardassar has bars and shops as well as the Placa Nova square with a beautiful church called the Parish Church of Sant Llorenç. 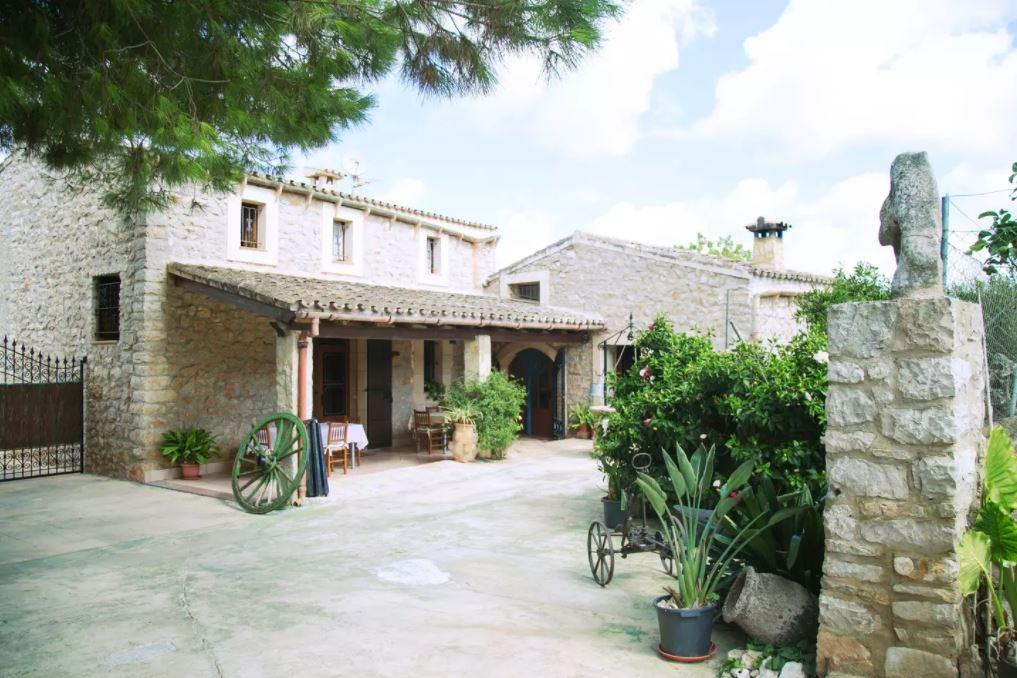 This countryside house was built in 1891 and renovated in 2000 and has four bedrooms and a fully equipped kitchen.

Outside you've also got hammocks and a large garden which is surrounded by fruit trees.

There's also space to eat outside as well as the all-important swimming pool.

You can use bikes at no extra cost to explore the local area, and you're also just a ten minute walk from Sant Llorenç des Cardassar.

The house sleeps eight which works at £21.50pp per night. 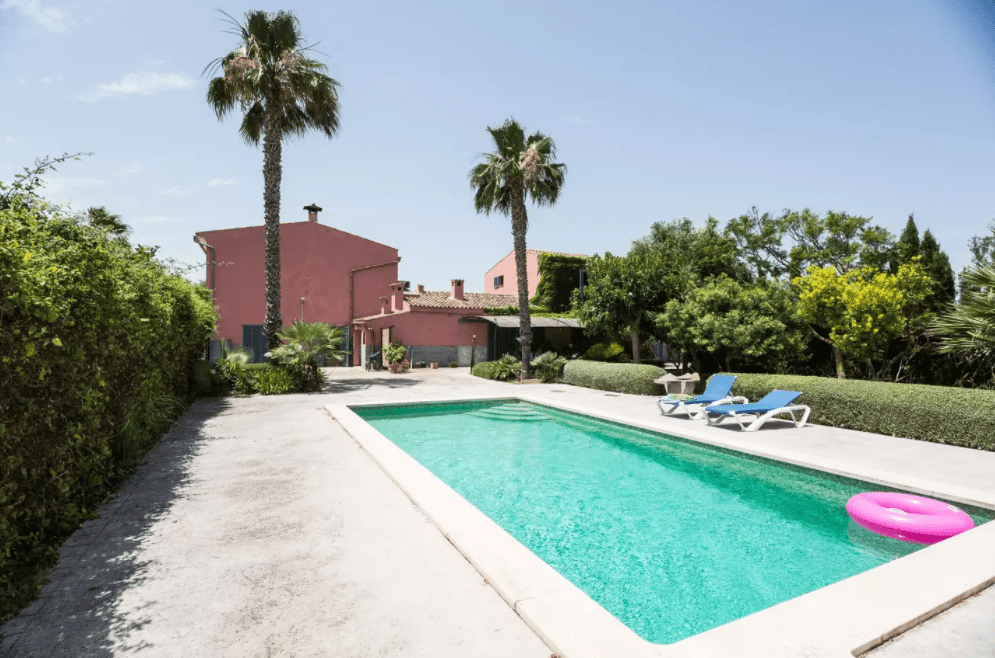 You can stay in this apartment in a farmhouse with a huge pool that's just asking for you to bring your flamingo pool float from home with you.

There's a large open-plan living room as well as Wi-Fi and TV – and even a Nespresso coffee machine.

You can also use mountain bikes free of charge to explore the local area, and the host will also give you beach towels for free.

Animal lovers will like this property – there are three dogs and three cats which live here too.

A room in the property is £72 per night which works out at £35pp per night based on two sharing.

Cottage with a swimming pool 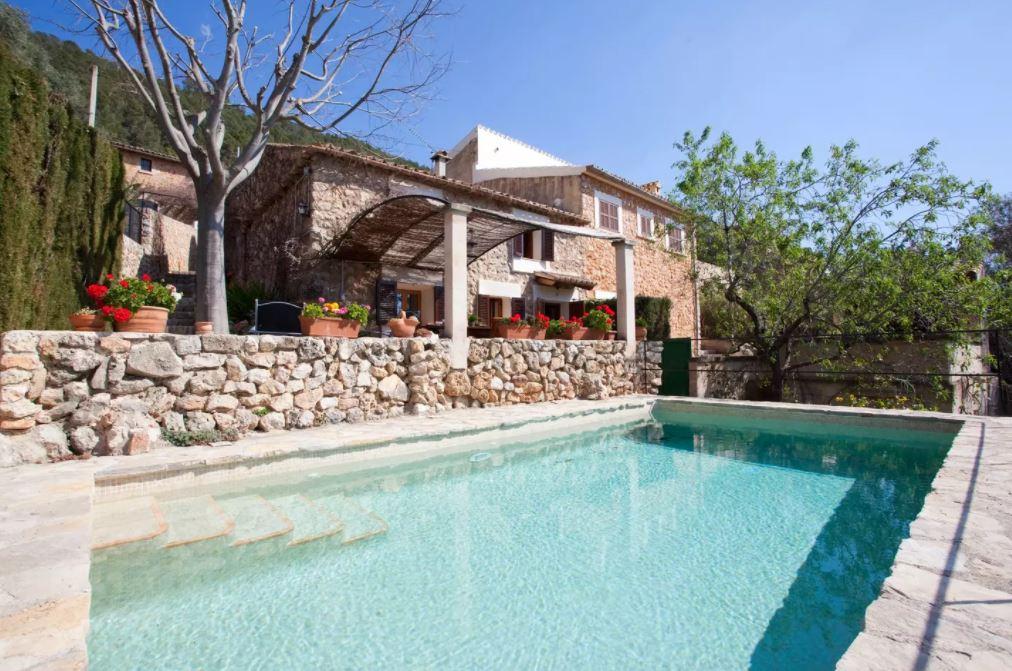 This cottage has a swimming pool and is situated in the 13th century Alaró, just on the outer edge of the village.

The village has a Saturday morning market for buying fresh fruit, veg and meat as well as two supermarkets.

You're nearby to the Tramuntana mountain range which means there are some brilliant views from the property.

Inside there are two double bedrooms and an open plan kitchen and living area.

The cottage sleeps four people and is priced at £162 per night, which works out at £40.50pp per night. 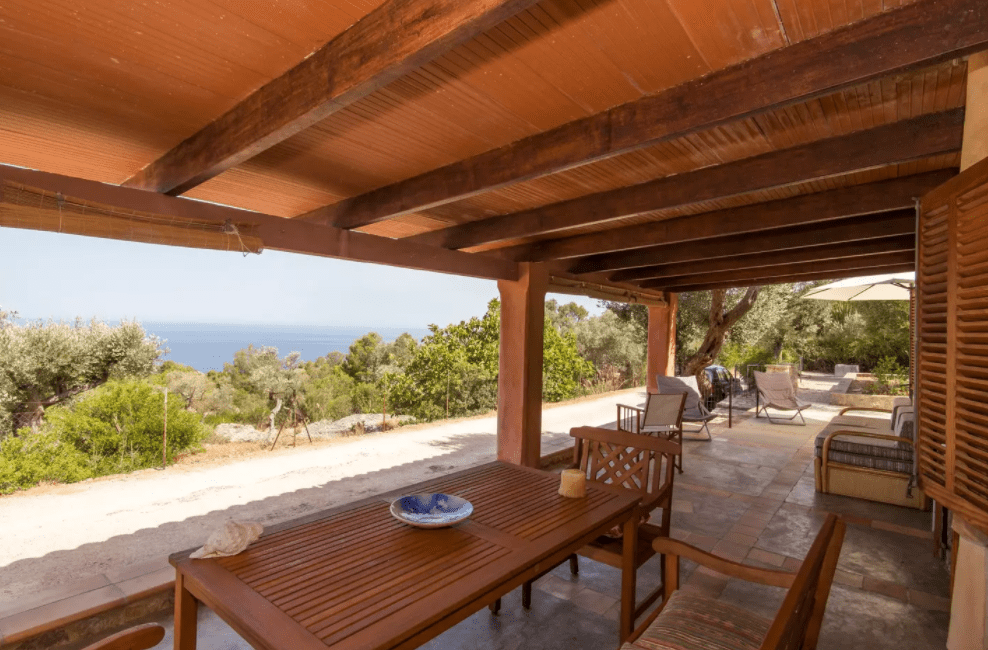 You'll have views out over the sea at this villa – and you can sit and observe it all from the outdoor seating area.

The villa has two double bedrooms and is ten minutes from the beach at Deia.

There's no pool at this villa, but there's plenty of outdoor space to relax in including a terrace with views of the Tramuntana mountains.

The cottage sleeps four and is priced at £125 per night which works out at £31.25pp per night. 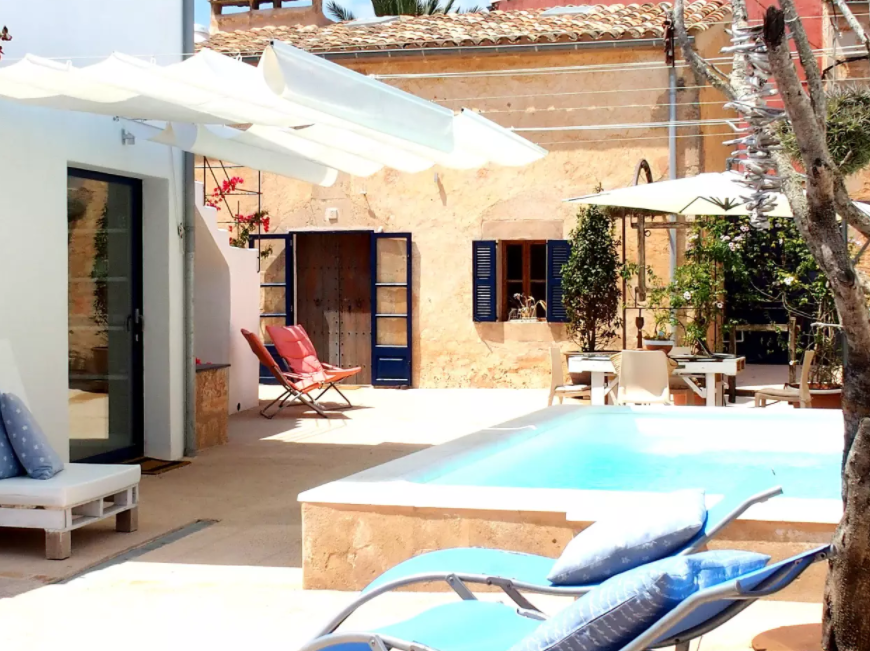 This cottage has traditional Majorcan architecture and was been refurbished to a high standard in 2014.

You can even request a private massage at the property – which sounds like something straight out of Love Island.

The cottage sleeps six and is priced at £216 per night, which works out at £36pp per night. 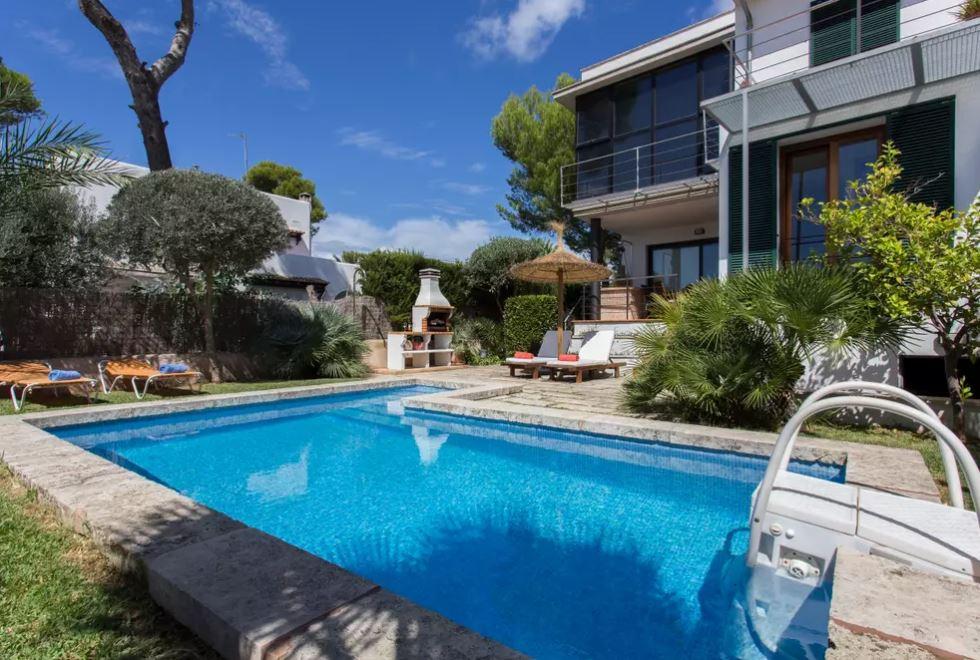 This villa is just 900 feet from the beach – if you can tear yourself away from its pool.

There's a big garden with panoramic views as well as an outdoor shower by the pool – great if you want to recreate Love Island moments with your pals.

Inside the villa has a sun terrace, large and airy bedrooms and big kitchen – as well as living area with rocking chairs.

You're also nearby to the town of Can Picafort for shops, bars and restaurants.

The villa sleeps eight people and is priced at £262 per night which works out at £32.75pp per night.

Sun Online Travel previously revealed the best clubs out there in Ibiza this summer with our guide to the White Isle's nightlife this season.