TWO tourists were arrested on a beach in Mexico after they were accused of not buying drinks from a nearby bar who owned the beach.

The couple were hauled by police from the Mamitas Beach in Playa del Carmen. 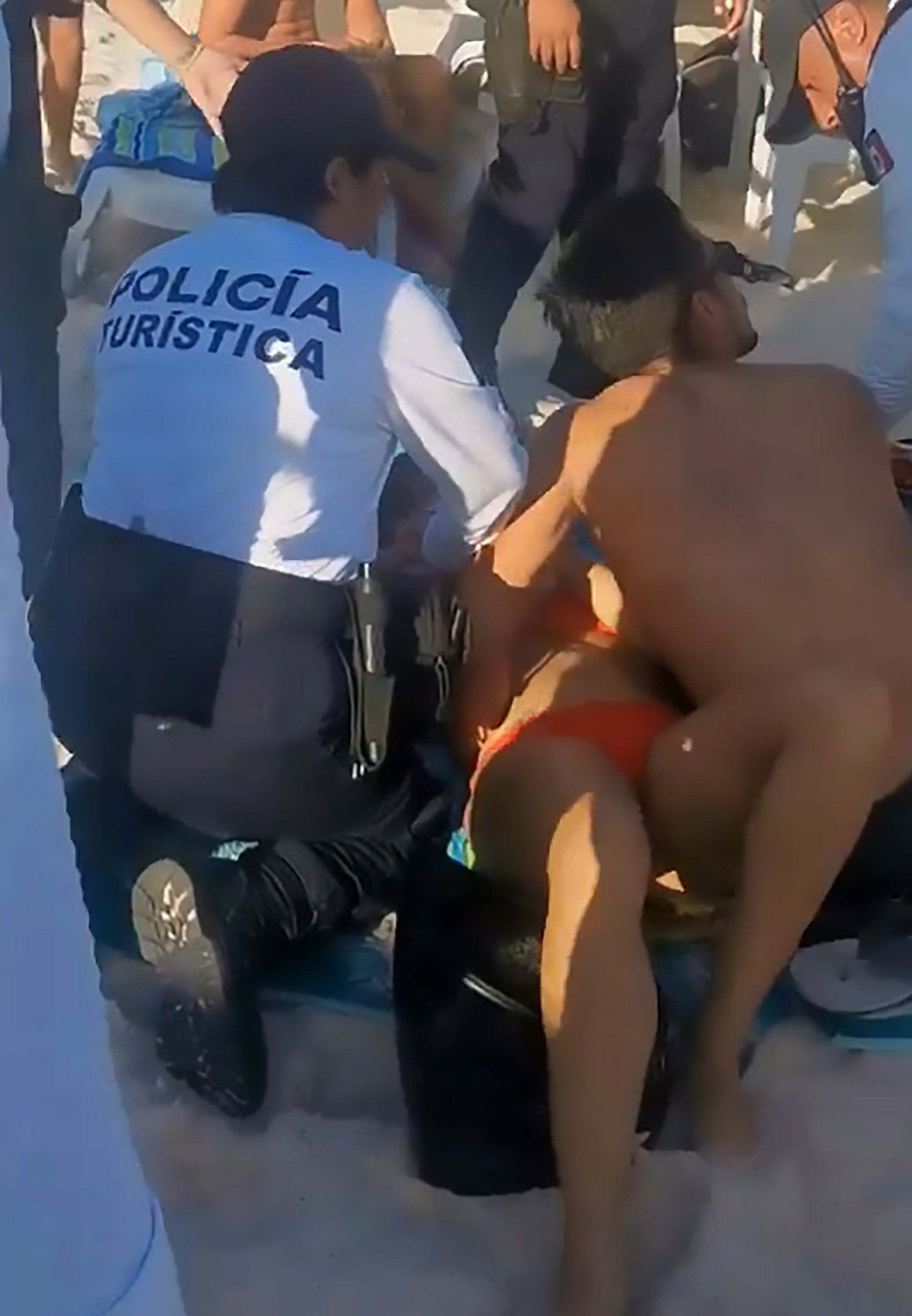 According to local media, the beach club claimed they have exclusive rights to that stretch of beach and reported the couple to the police for not buying any of their products.

However, locals complained that the beach is actually federal property and that people can enjoy it for free.

The video shows the two being grabbed by the tourist police as they try to resist being pulled away.

One woman is heard shouting in Spanish: "The beach is [a] public [space]."

Reports claim that the young woman was left bleeding from the arrest with onlookers stating the behaviour was too extreme. 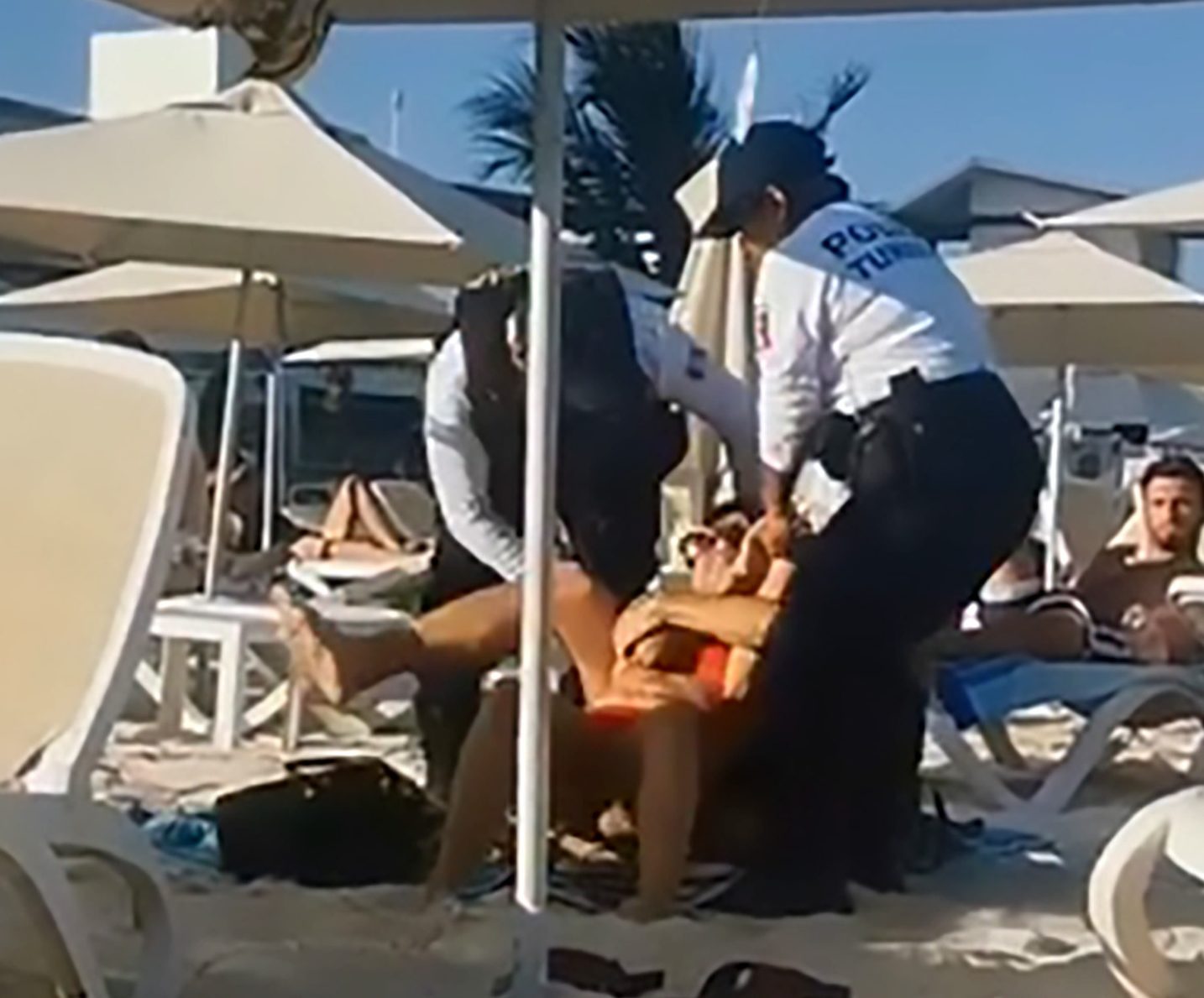 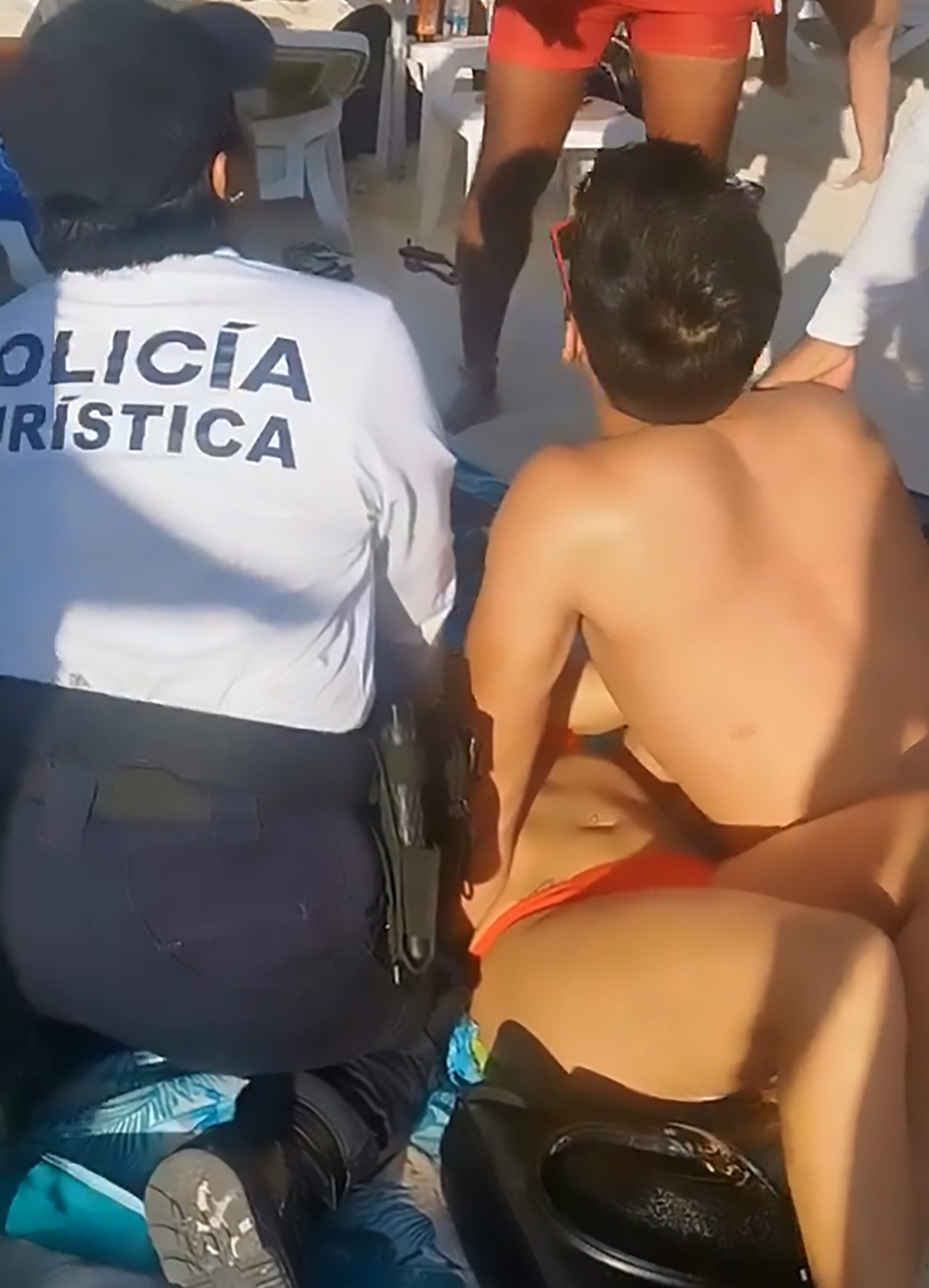 According to local media, Mexican law says that areas 20 metres from the coast are considered federal property and while an individual or company can buy land in such zones, they are not allowed to ban access to it.

One social media user commented: "Beaches are for everyone! Those in charge of Mexico's beaches need to understand this."

A statement from Mamita's Beach Club said: "On February 16, a couple set out to sunbathe in a service area that deliberately exists for operation as it is used by our visitors and service personnel, so they were cordially invited to relocate.

"They also were shown the area on the beach where they could sit comfortably and enjoy. 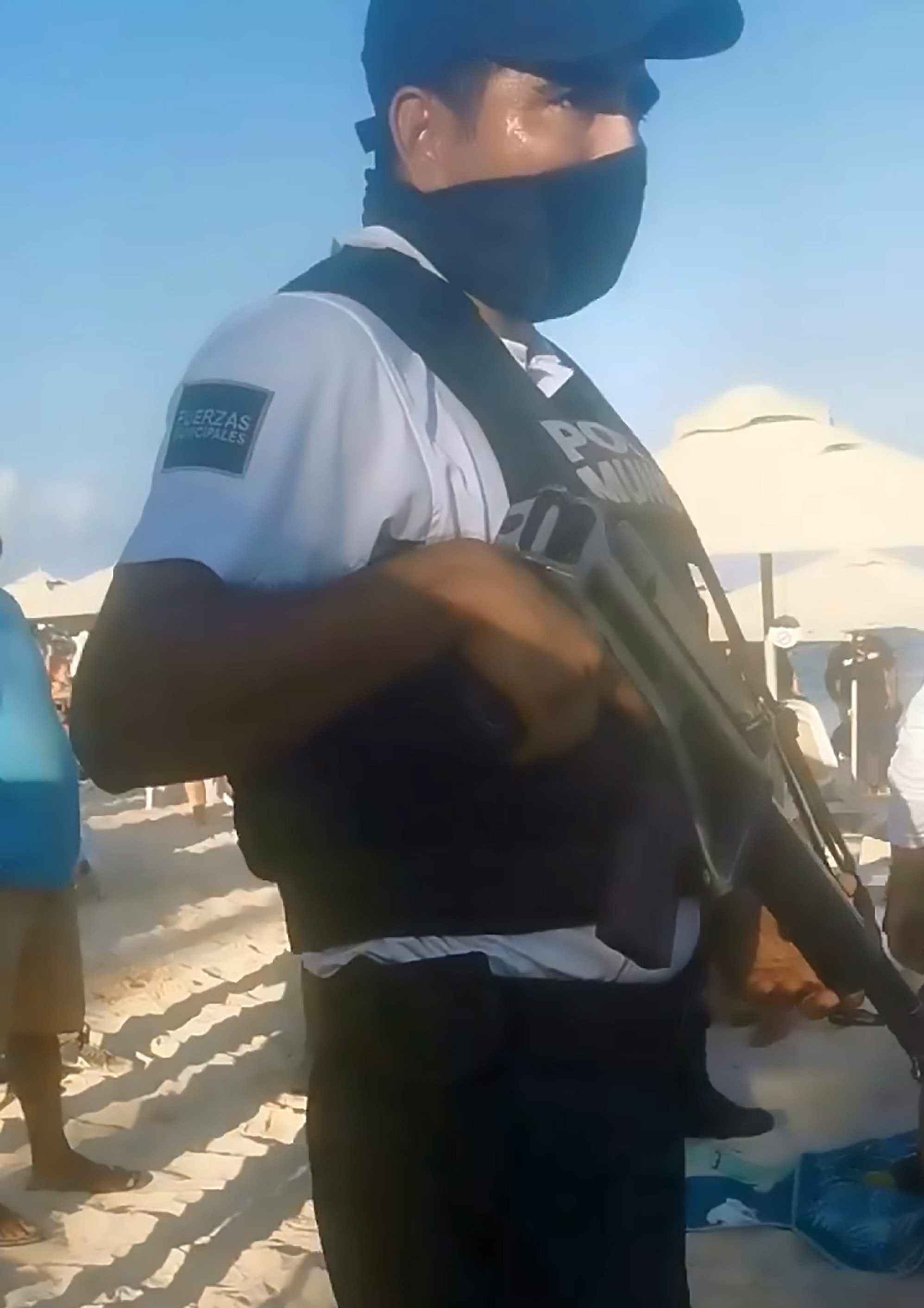 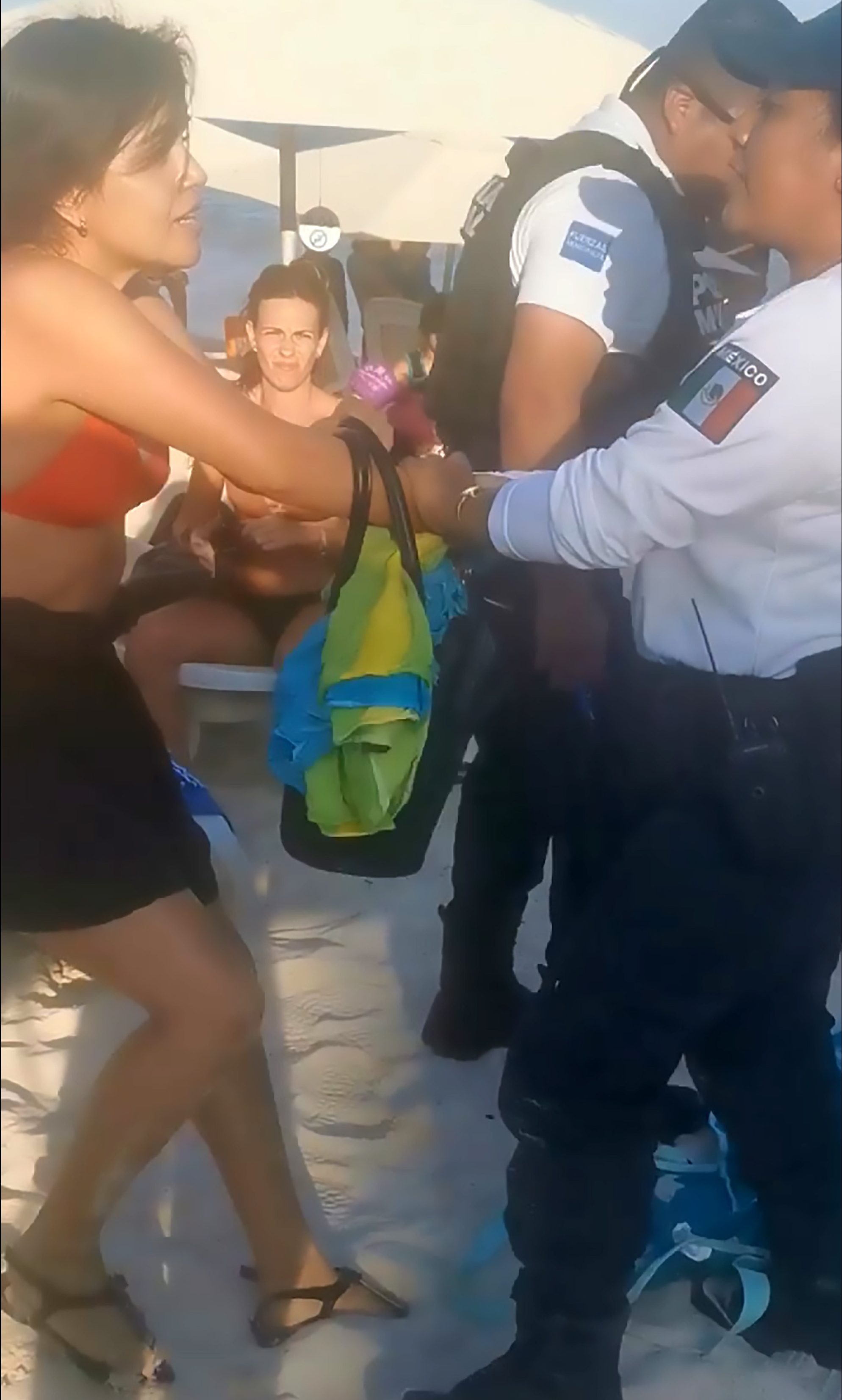 "It should be clarified that our staff approached them several times to ask them to move and the reaction we got from them were high-sounding words and threats.

"At the request of the couple, the municipal authorities were called. At the time of the arrival of the officers, our staff left the scene leaving the situation in their hands, we do not know the real reasons why the couple were arrested.

"We appreciate your attention and hope with this to clarify this misunderstanding and to continue contributing positive actions to our society."

A peaceful protest in the form of a picnic is taking place on Sunday, according to social media.

Earlier this month, a tourist in the Maldives was arrested for wearing a bikini.

She later claimed she fought back because she thought she was being abducted.

A woman in the Philippines was fined £40 for wearing a skimpy bikini on Boracay Beach.