The team were left dangling beneath its famous Skywalk as they cleaned the underside of its glass floor. 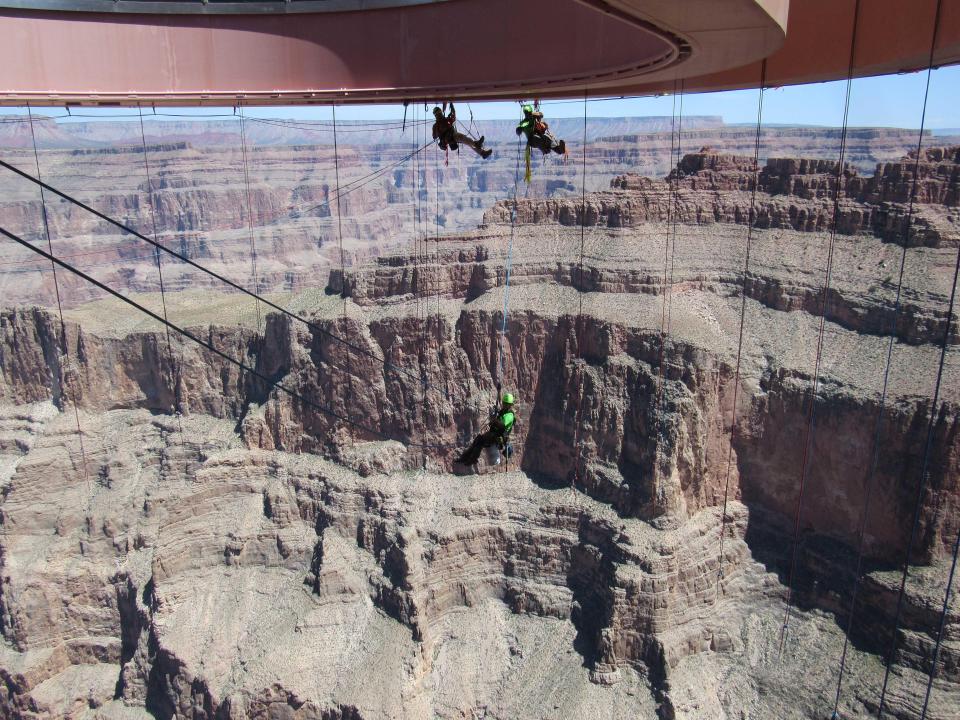 The stomach-churning clean was captured using headcam and timelapse footage which shows the 4,000-foot drop that faced the team below.

The horseshoe-shaped glass bridge extends 70 feet out from the rim of the Canyon.

Throughout the day, eight climbers from Abseilon, a group of rope access technicians, worked their way around walkway.

Preparing for such a large clean takes around two weeks to plan, Ken Piposar, the CEO of Abseilon, said. 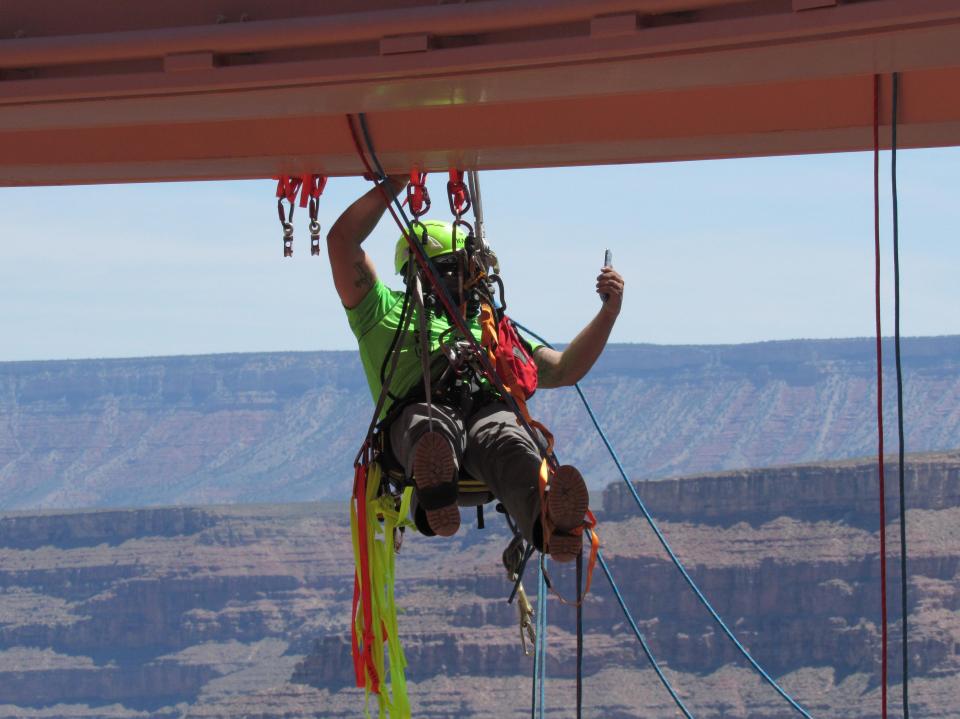 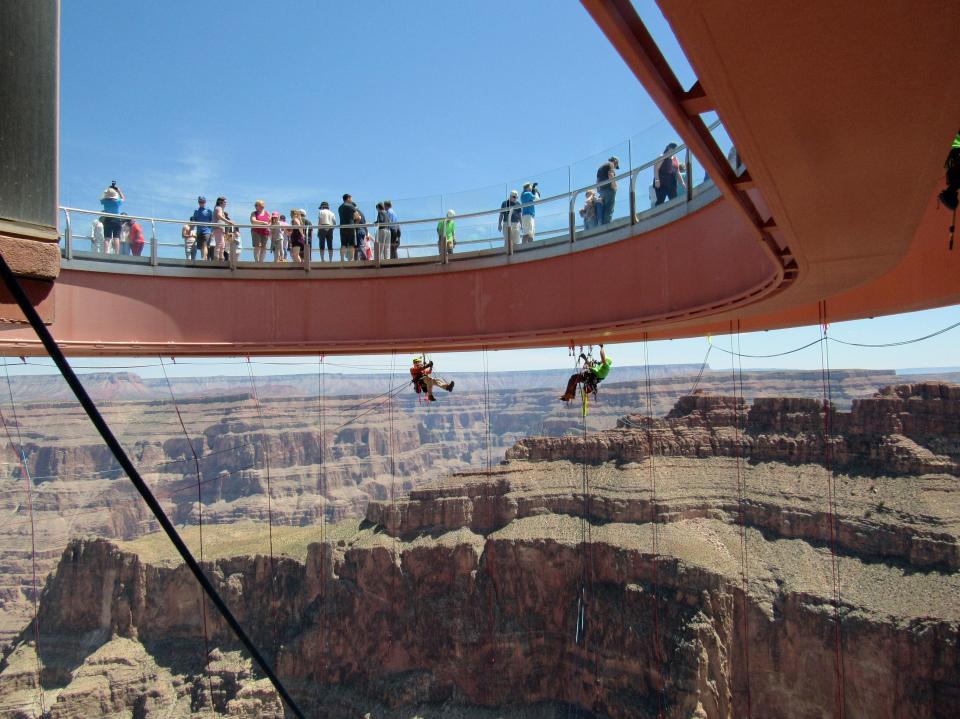 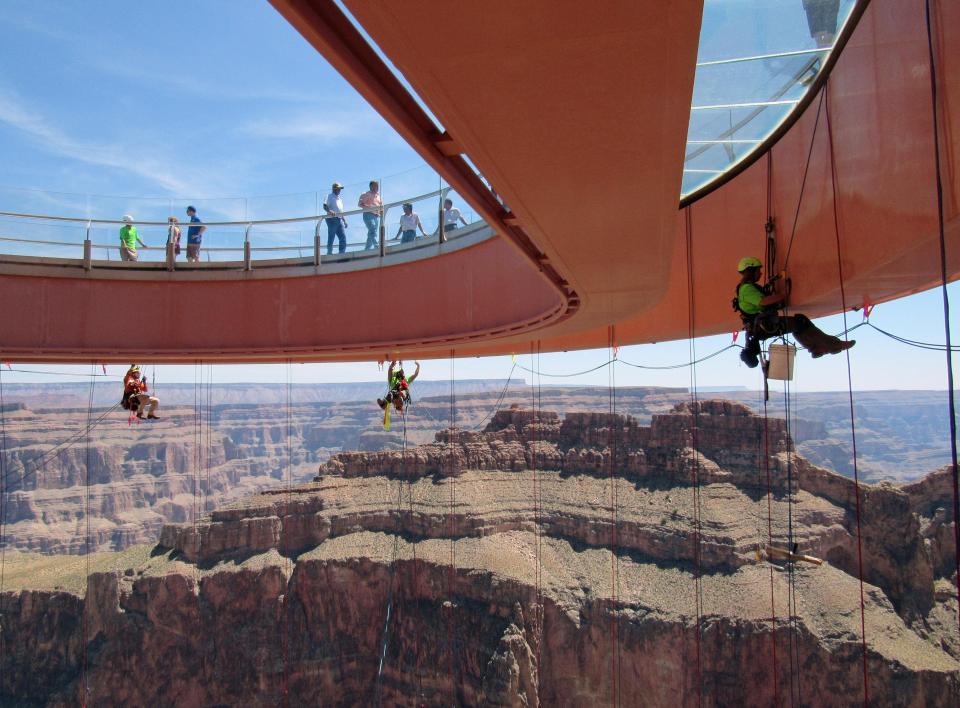 When the company first began cleaning the Skywalk a number of years ago the entire clean would take around seven days.

Now, however, having perfected the art, it takes Abseilon less that 24 hours to clean the underside of the thick glass, which is strong enough to hold seventy 747 passenger jets.

This year's clean, on April 26, was a milestone, Ken said, as Alicia Nelson became the first woman to access the underside of the glass.

Ken said: "During safety meetings a specific job hazard analysis is created and our safety committee reviews procedures and job descriptions for the team." 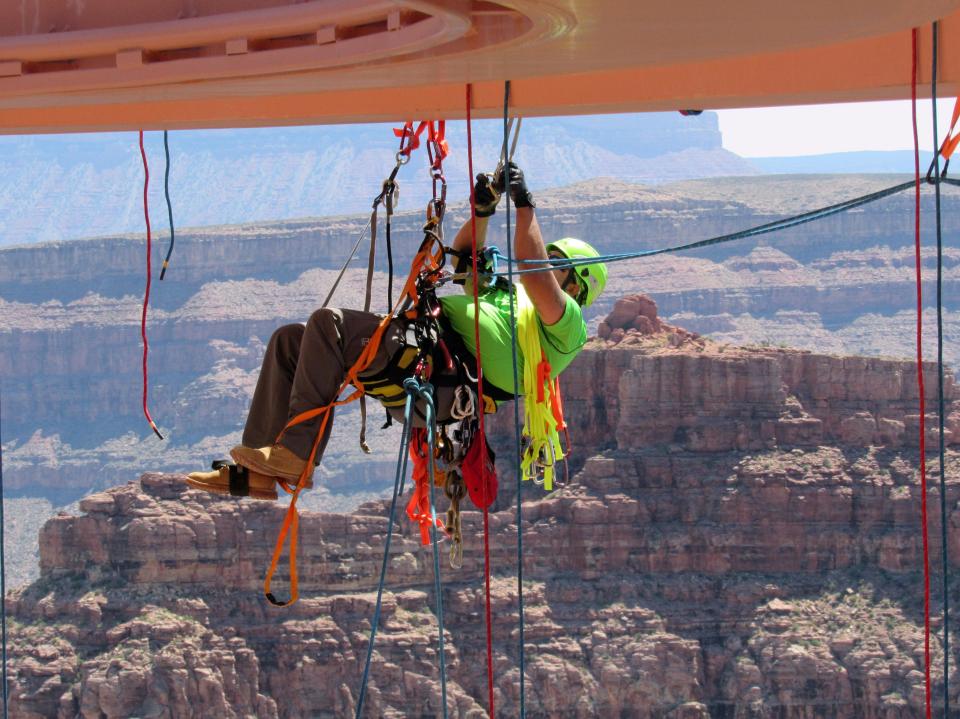 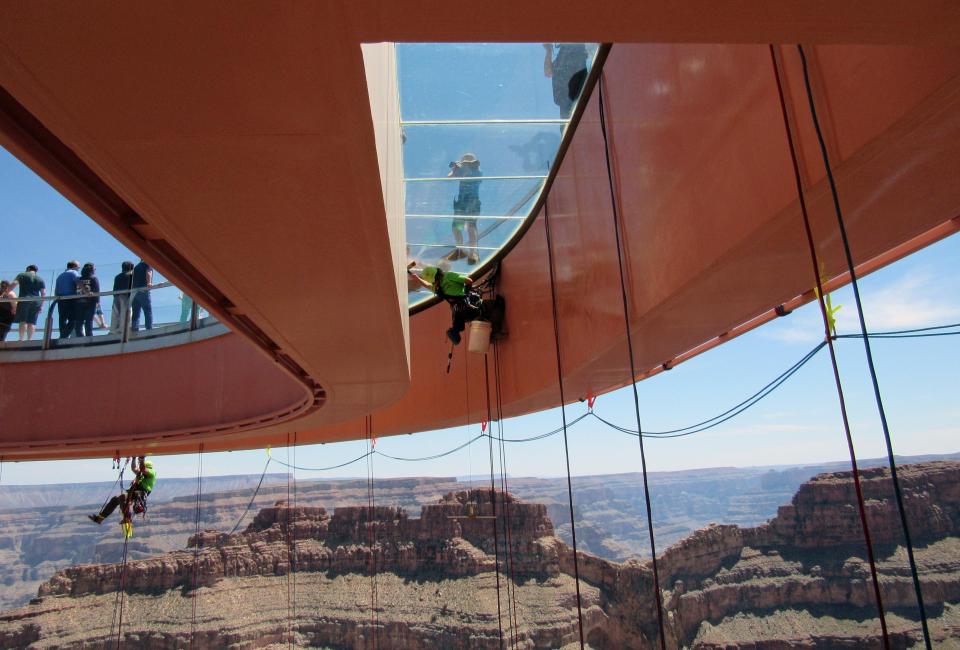 He added: "Member of the public are usually shocked, entertained and amazed when they see the clean.

"We have perfected this to within one day. When we started, it took seven."

Last year, Sun Online Travel revealed that visitors to the Grand Canyon will soon be able to fly across it on a zip line.

If that seems like too much hard work though, you could always check out the giant spectacle with these satellite pictures, taken by NASA's space station.

clean, grand canyon, skybridge, walkway
You may also like: