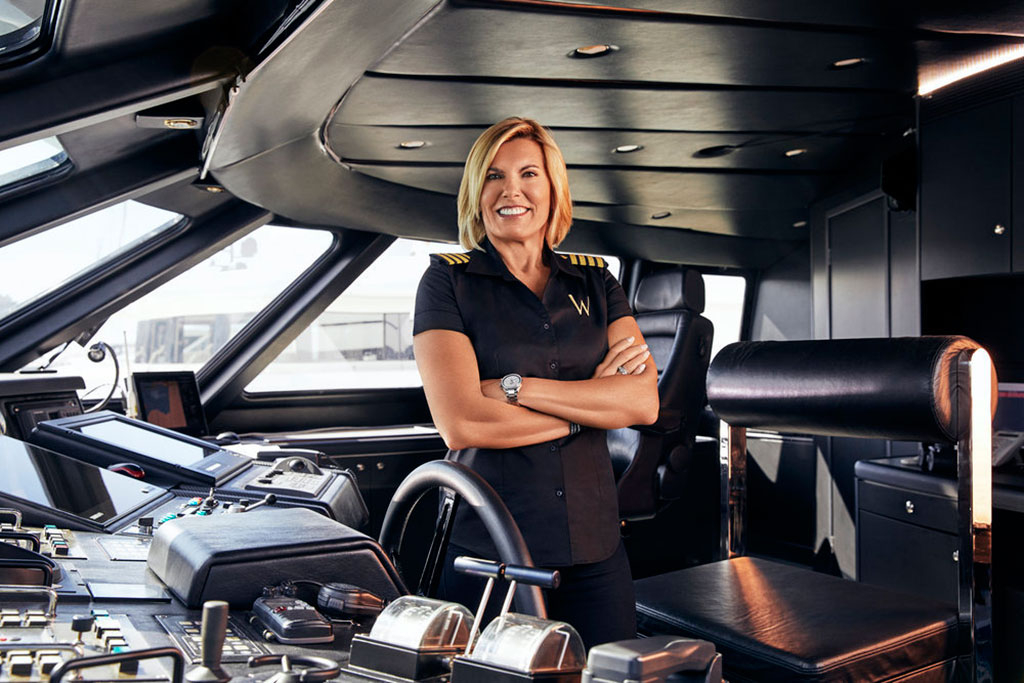 How would you describe season five of Below Deck Mediterranean in just four words?

“Explosion, drama, heartfelt experience!” Captain Sandy Yawn tells E! News exclusively ahead of the hit Bravo show’s return this Monday night. “For me, it’s the most difficult season I’ve ever done but the most rewarding if that makes sense.”

One of the biggest challenges for Captain Sandy is their 184-foot mega yacht The Wellington, the largest in Below Deck history.

“My challenge just isn’t the crew, but that’s the biggest part. The boat for me was challenging, you’ll see,” Yawn explains. “And I have all female leaders which is great so I’m looking forward to finding out how well did those boys listen to Malia. That’s what I want to know.”

“It’s rare for a female Bosun. Chief Stew is always normal. All the women get stuck inside which is unfortunate for the women,” Yawn shares. “However, our lovely network Bravo makes it so we can have Bosuns and I love that part because Malia is going to show me if she…I believe she has it in her. So I get to witness it this season. Just like you do for the first time and go, ‘Wow, that’s how she handled that.’ I can’t wait for those moments.” 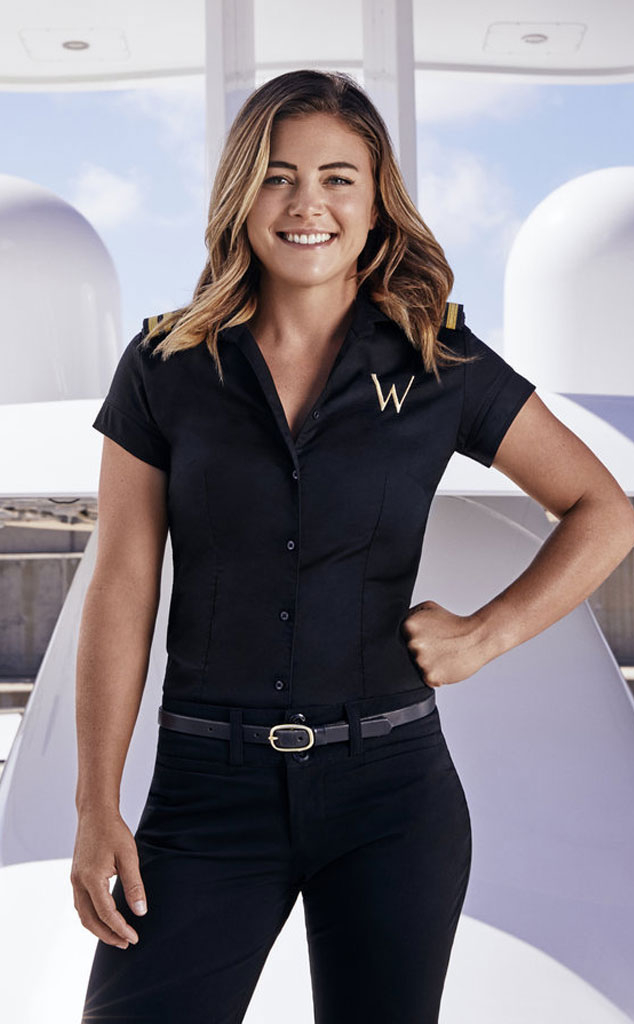 “It’s a part of yachting. So I always just say, I don’t make the law. The maritime coastguard agency makes the law,” Yawn explains. “So that means the law is no crew members can absolutely do drugs at all. If they’re prescription drugs, they have to be logged in. They have be monitored. We’re responsible for lives. When it comes to the guests. Well, I just say, ‘Hey, mister primary client, we can’t have drugs on board, you gotta tell your friends get the drugs off.’ And then I call his broker and I inform them and then I call the management company and I inform them. So I stick to protocol. You know, I don’t look through people’s stuff, I just say if they don’t comply, then I have to drive to the dock and [take] them off the boat. And it’s an unfortunate thing for all of us, but largely most people follow the guidelines that are set forth by the maritime coastguard agency.”

Aside from illegal activities, Captain Sandy says the crew will honor any guest’s over-the-top demands on this season of Below Deck Med.

“I don’t think there’s any crazy requests on a yacht because that’s what we expect. We are in the service business,” she says. “So whatever you want, that’s within legal limits, we’re gonna actually do our utmost to make it happen. It’s where dreams come true. That’s what we do.”

(E! and Bravo are both part of the NBCUniversal family)

Inside the Utah Resort where Kylie Jenner Vacationed: 'I Love It Here'

Beautiful beach front locations for your next UK staycation