BEACHGOERS on the Costa del Sol are being fined and kicked off after a rise in people 'hogging' sunbathing areas – only to leave the beach for hours.

Tourists have returned to Spain in recent weeks, including British holidaymakers, as flights resume and quarantine restrictions are lifted. 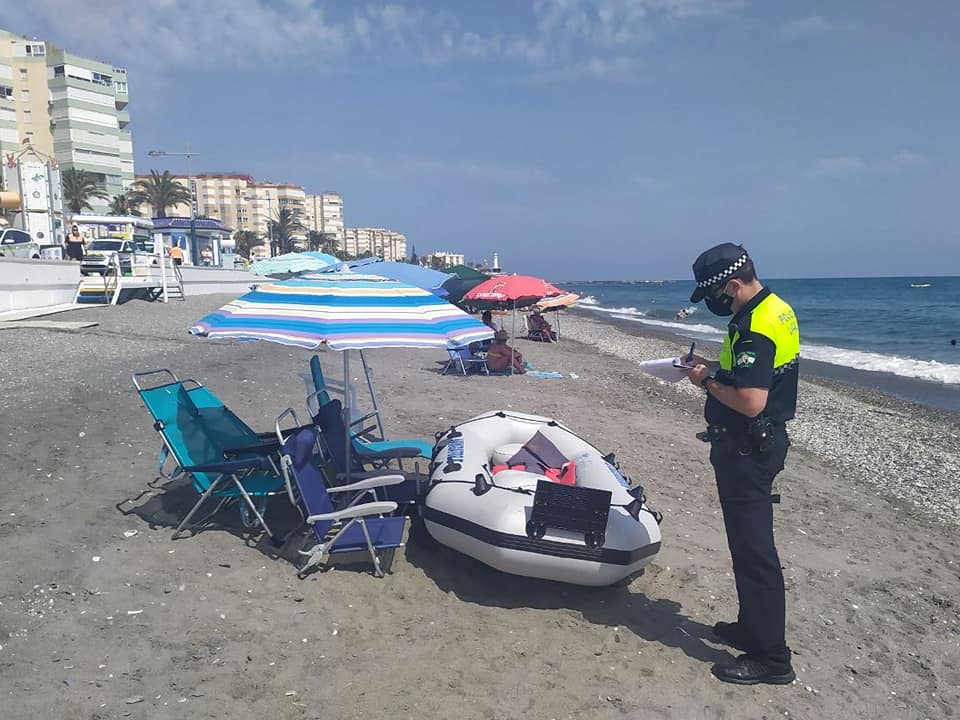 Yet with Spain enjoying scorching sunshine, temperatures have been rising in holiday hotpots as couples and families arrive early and "park" their sunbeds, towels and lilos as close as possible to the sea and then wander off for hours.

Some of them are even going home for a nap, according to some reports.

Police and beach patrol officers have been called in to remove possessions and are carting away dozens of foldable chairs, tables and even an inflatable boat after complaints from other tourists who are being turned away because there is "no space left" under the coronavirus regulations.

Beaches on the Costa del Sol have been forced to close at the weekend for the past few weeks due to reaching full capacity.

And local authorities are warning they will continue to fine "irresponsible" sunbathers who, they say, are spoiling it for others. 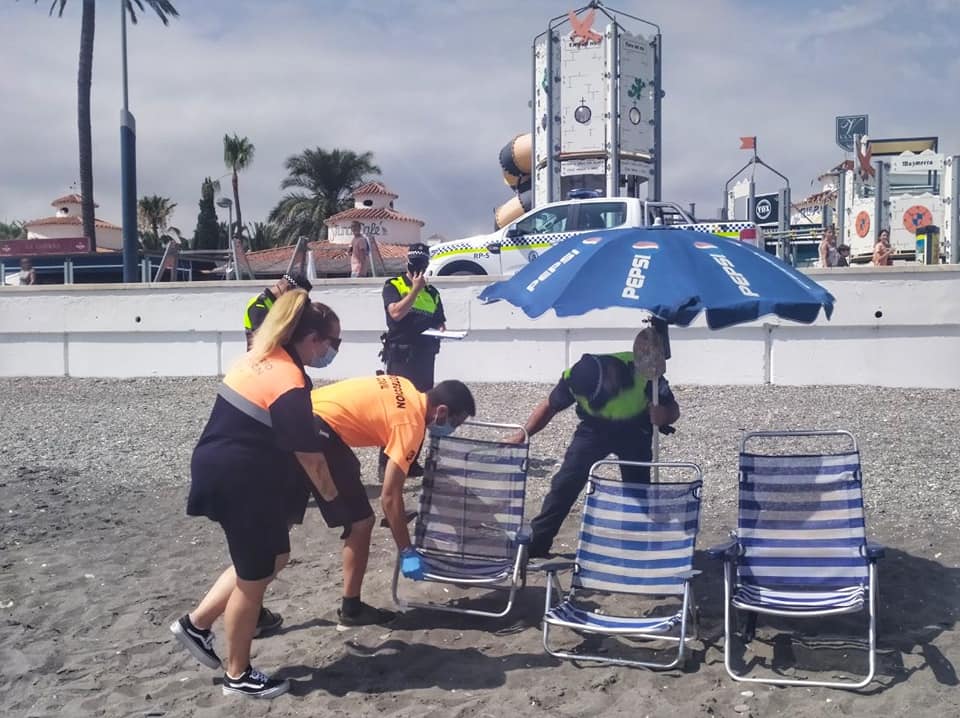 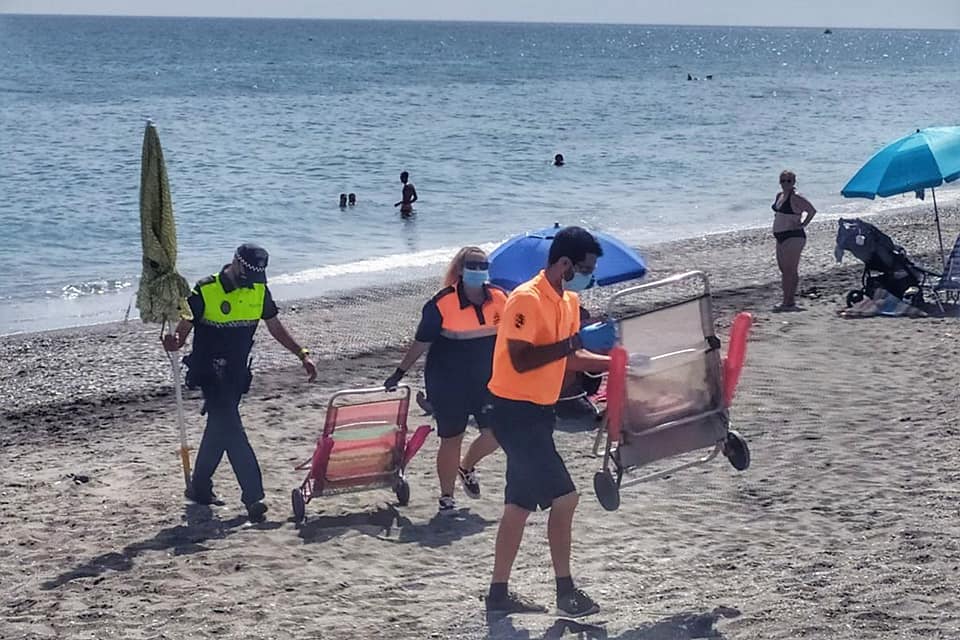 Torrox near Marbella on the Costa del Sol has already increased its fines and has handed out more this season than last summer even though the beaches only reopened a few weeks ago once Spain's State of Emergency was lifted on June 21.

Torrox is one of the most popular beach destinations along the Malaga coastline and attracts thousands of people.

Beach space has had to be limited in order to control the potential spread of coronavirus but the arrangements are not as rigid in other areas where, in some cases, zones are specifically marked out with ropes or chalk.

Other resorts have a strict system whereby people have to use a phone app to book their places.

A statement issued by Torrox council, which posted pictures of the scenes on its Facebook site, warned: "May we remind all users of our beaches that space reservation is NOT allowed.

"The Torrox Local Police and Civil Protection Torrox coordinate and watch over compliance with this rule and proceed to collect beach items that reserve the space." 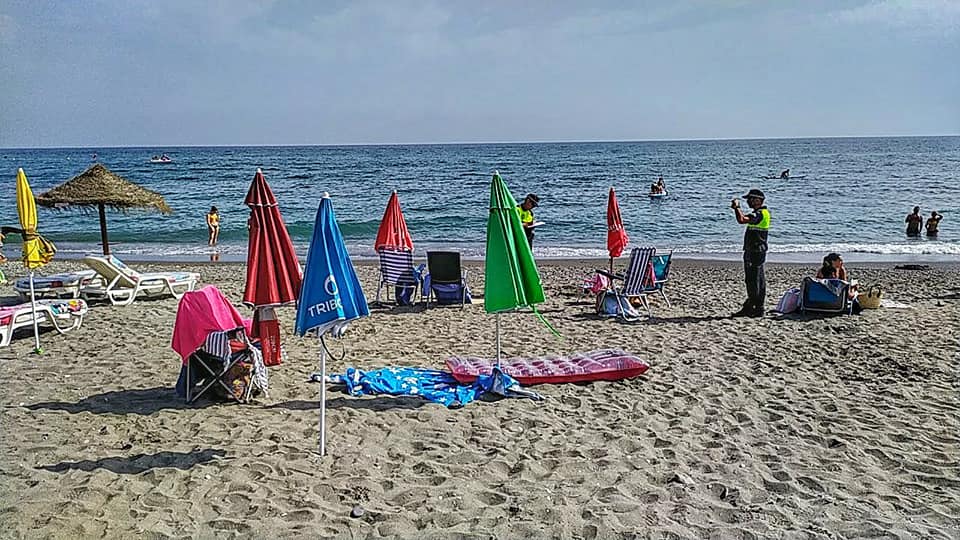 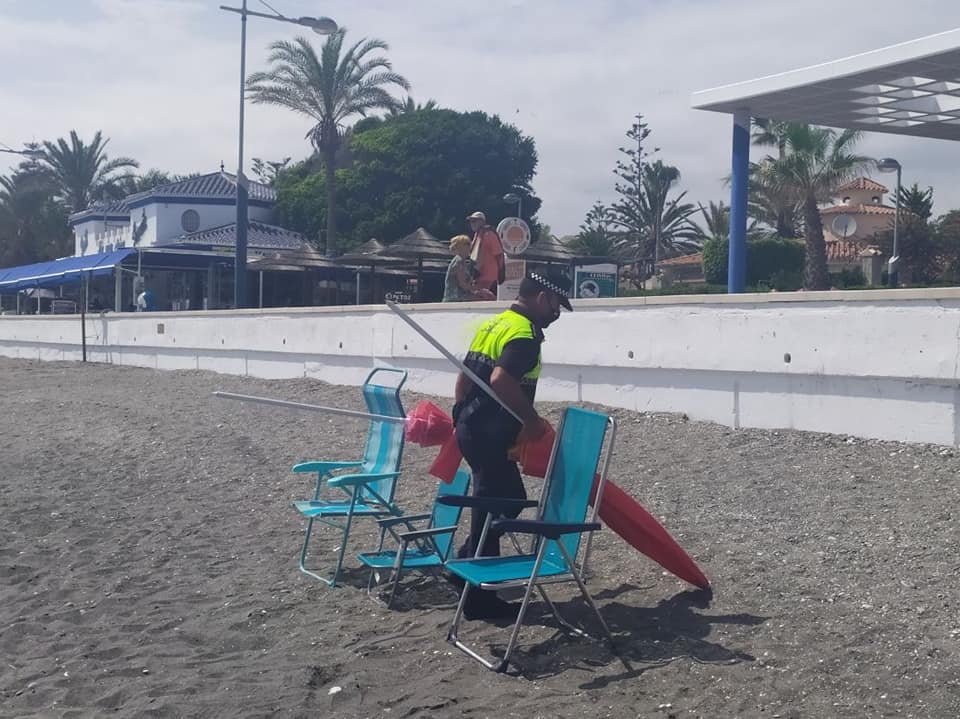 "This year we add the COVID19 issue as an additional reason to be responsible and not leave those items that occupy a space that for reasons of capacity and distance can be used by other users.

"Walking, eating at the beach bar or nearby establishment can be done and in that case, the police are informed and there will be no action.

"The goods are removed when it is detected that they have gone home and take hours to return until after nap in many cases."

"Today it has been in Playa Ferrara but it will be taking action in all the others in the municipality, provided that it is observed that the rest of the users see the possibility of the beachfront being mediated."

Other beach users have slammed the behaviour as "very uncivic" and suggest the council should put a time limit on the use of the beach, possibly as little as two hours. 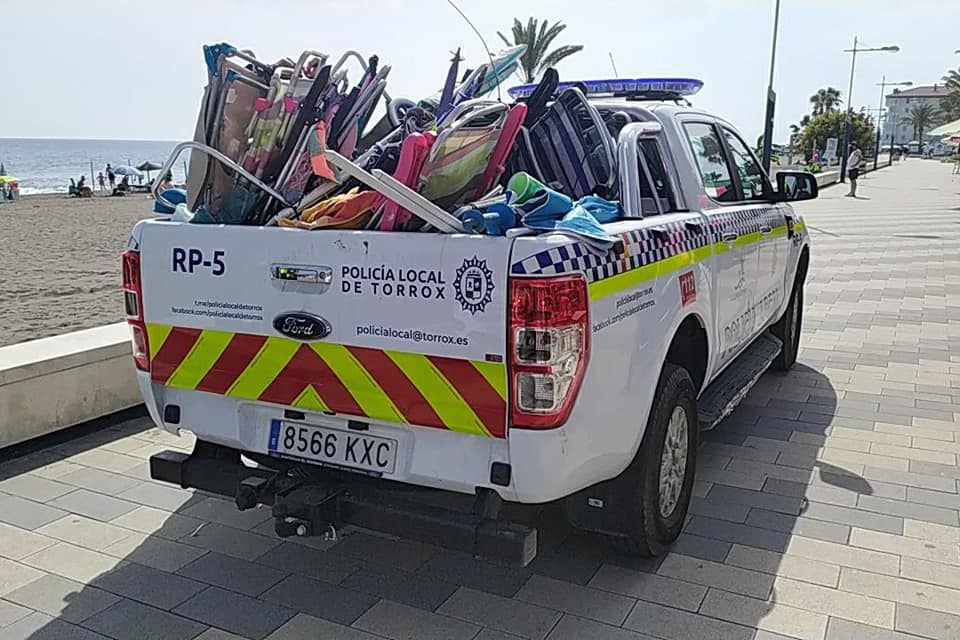 Hundreds of comments have been posted on the social network, with one saying: "We are seeing this every day. These people aren't disappearing to the beach bar.

"They are going home to eat or take a nap and then come back at 6pm."

Another posted: "It's time for people to become more aware. It's not right for spaces to be occupied by umbrellas and chairs but no people."

A local woman said she applauded the council for taking action, adding: "The same thing happened to be in Torre del Mar (Malaga)."

And another said: "It's pathetic and disrespectful to tourists."

Torrox council has already issued over 100 fines and taken away beach items which are put into their municipal store.

The owners can only retrieve their possessions by turning up in person and paying the penalty.

Whilst most agree with the council's stance, others point out that the offenders "don't care" about losing their cheap umbrellas or chairs – they simply go to a cut-price bazaar the next day and buy some more.