Disney World: What you may not know

Did you know that Disney World has only closed four times or that the iconic theme park is actually not located in the City of Orlando? Take a look at some fun facts that you may not have known about the renowned Disney resort.

Even in the most magical place on Earth, things can go amiss.

Twitter users were left laughing when video footage surfaced of an animatronic attraction at Walt Disney World experiencing a bit of a technical difficulty – and cracked themselves up remixing the gaffe to music.

Before Disney World’s grand, phased reopening on Saturday, CinemaBlend reported that officials conducted a “test run” of the Magic Kingdom during cast member previews of the theme park earlier this week.

During the trial, Tomorrowland’s Carousel of Progress reportedly ran into some trouble when the attraction’s main character, John, continuously shook on stage. A now-viral video of the mechanical mishap has since received over 90,000 views.

“John clearly hasn’t been rehearsing during his vacation time,” the poster joked.

“John has had a really rough few months alone, trapped inside Carousel of Progress…” another teased, remixing the clip to house music. Setting a trend, others did the same with music from Queen, “Hamilton” and more. 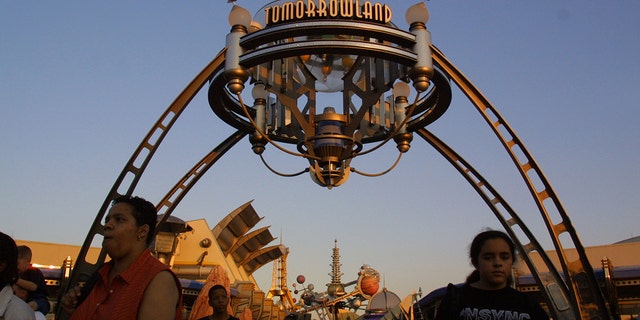 Nevertheless, the show must go on. After a four-month closure amid the coronavirus health crisis, Magic Kingdom and Animal Kingdom will welcome visitors once again on Saturday, with Epcot and Hollywood Studios set to follow on Wednesday, July 15.

Why Disney World rarely ever has a power outage

National Park Service issues hilarious warning about bear safety: 'Do not push down a slower friend'