EasyJet flights have resumed for the first time since March 30, with a small number of mainly domestic routes.

Passengers, who under easyJet's new rules must wear face masks, boarded the airline's first flight from the newly reopened North terminal at Gatwick airport to Glasgow that departed at 6.58am. 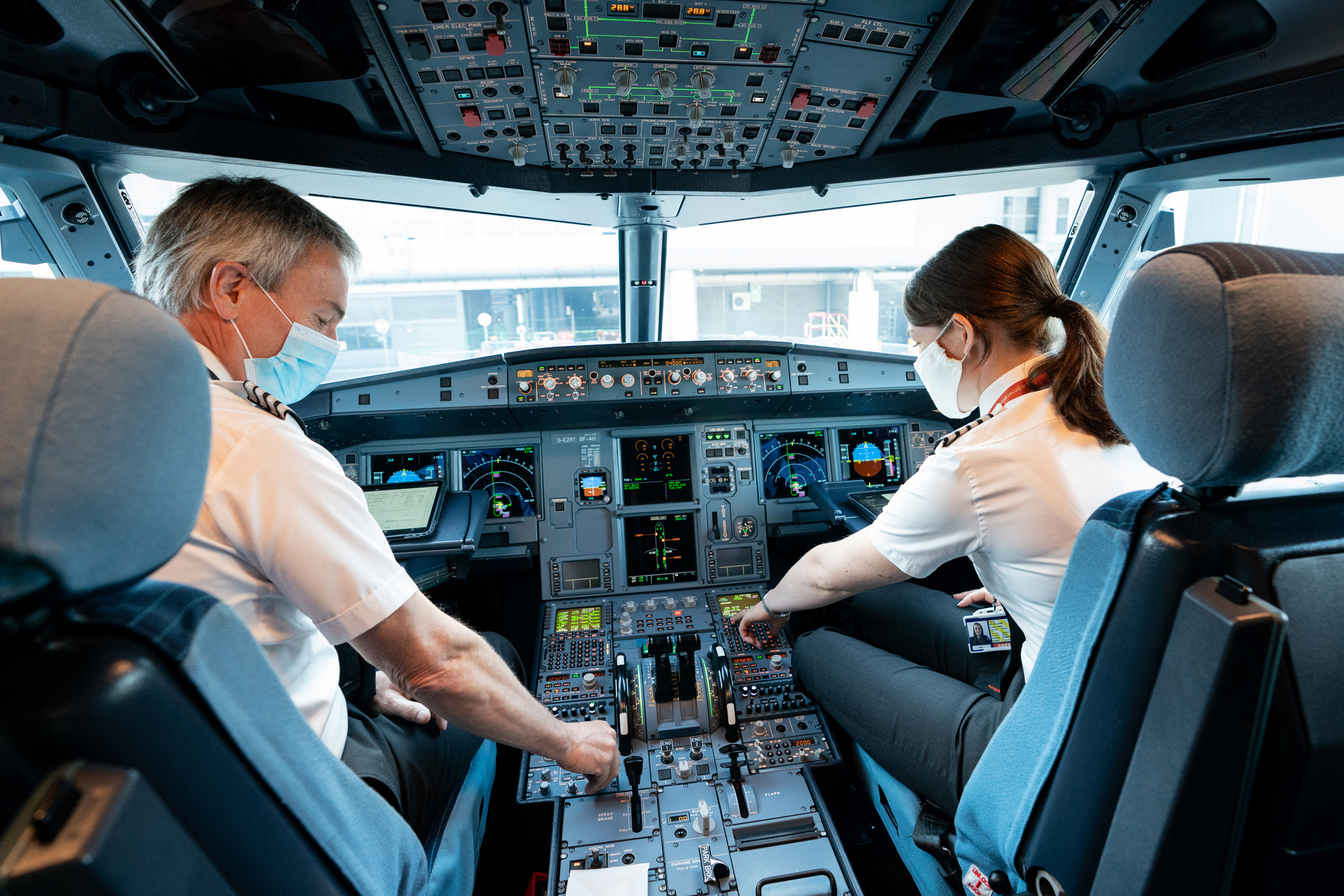 The airline is starting with a minimal service, flying mainly routes within Britain to cities including Edinburgh and Belfast.

It is also resuming some domestic and international routes from France, Switzerland, Italy and Portugal.

EasyJet's boss has insisted he would "feel 100% safe" on packed planes as the airline restarts operations for the first time in 11 weeks.

Chief executive Johan Lundgren told the PA news agency that the Luton-based carrier took guidance from international regulators to develop an enhanced safety and hygiene regime ahead of its resumption of flights on Monday. 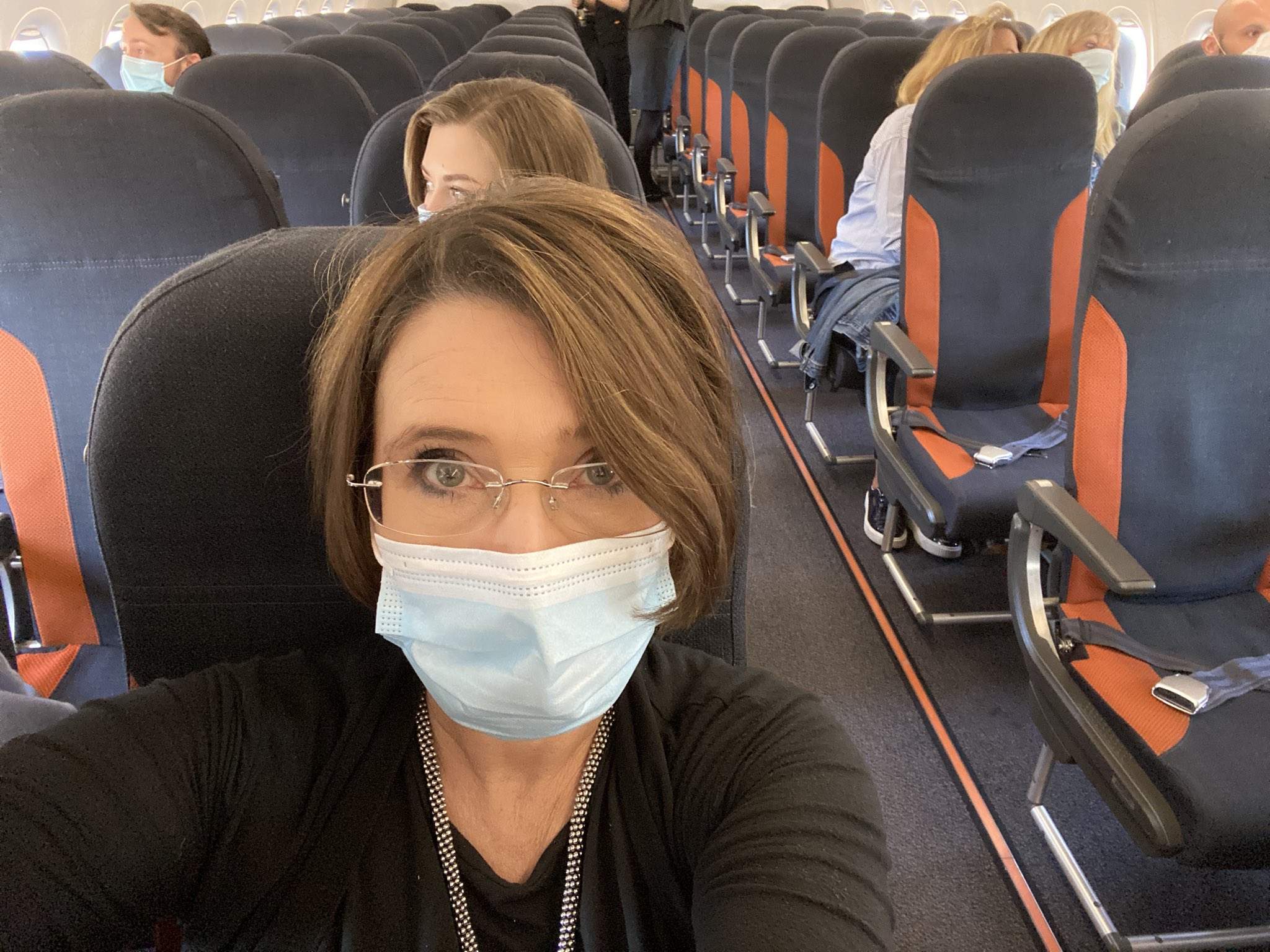 Passengers and crew are required to wear masks, aircraft are regularly deep-cleaned, and disinfection wipes and hand sanitiser are being made available.

In addition, no food service will be offered onboard and alcohol has also been scrapped – passengers are limited to a glass of water.

Mr Lundgren said not operating a single flight in nearly three months has been "devastating", and the airline is "super-excited" to return to the skies.

He will travel on his first easyJet flight after the restart on Wednesday. 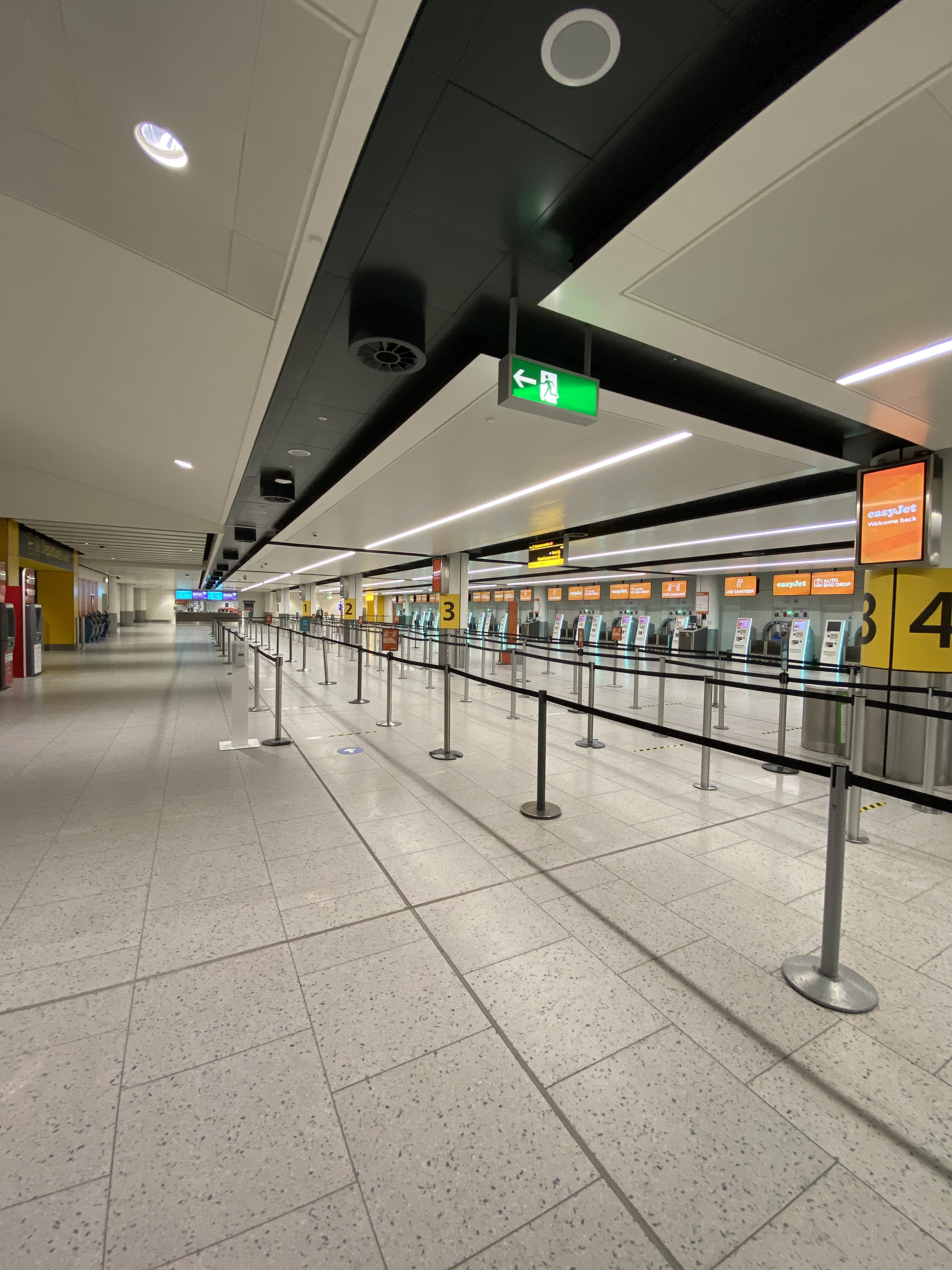 Asked if he would be anxious about his health if the plane is full, he replied: "I would feel 100% safe.

"The recommendations that we've implemented have been defined together with international regulators Easa (European Aviation Safety Agency), ICAO (International Civil Aviation Organisation), the CAA (Civil Aviation Authority) and also our own company's medical doctors and expertise."

While borders across Europe are being opened, a hoped-for travel recovery in easyJet's home market of Britain has been put at risk by a 14-day quarantine rule for arrivals.

EasyJet, alongside rivals British Airways and Ryanair, started legal action on Friday against the British government's quarantine policy to try to have it overturned. 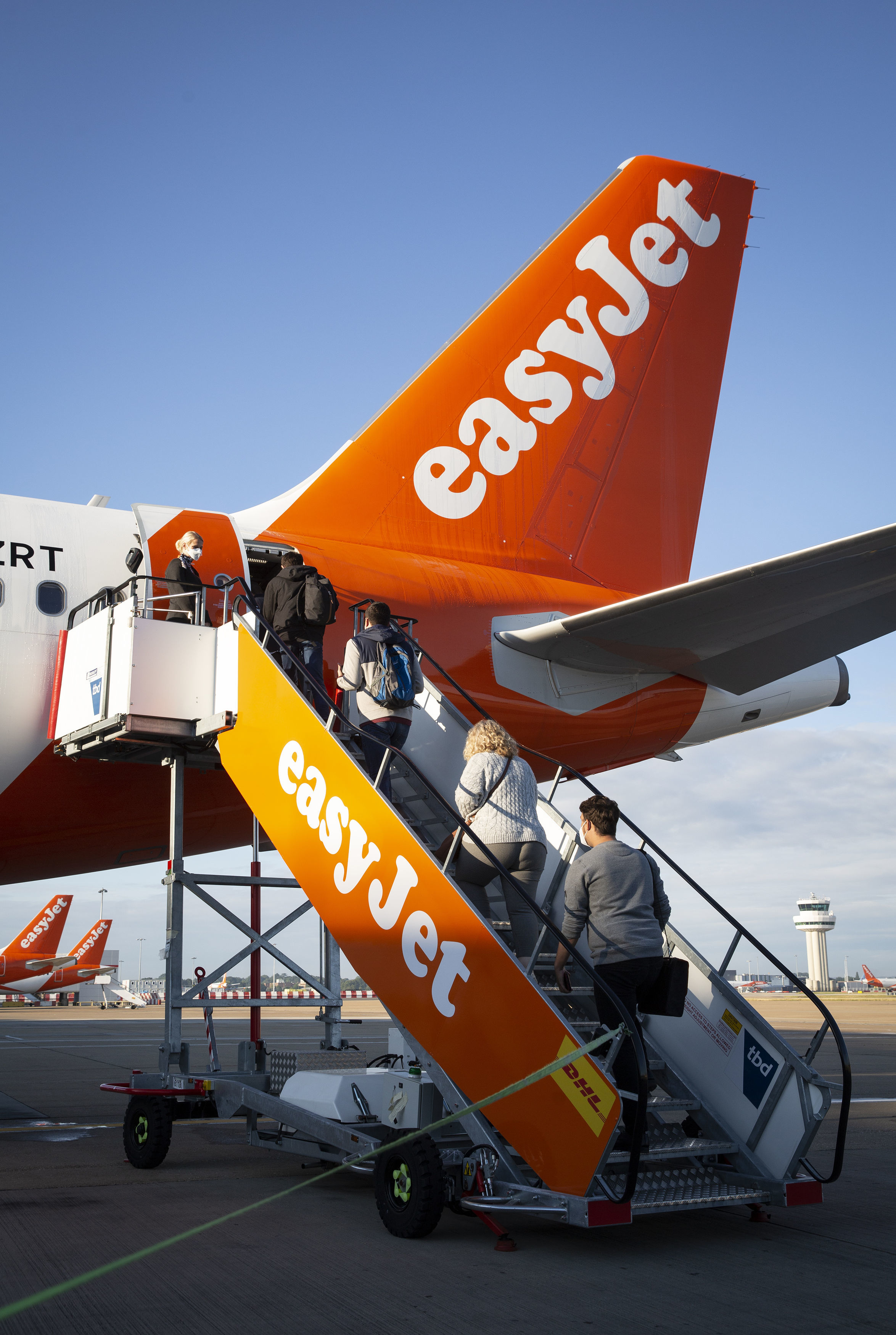 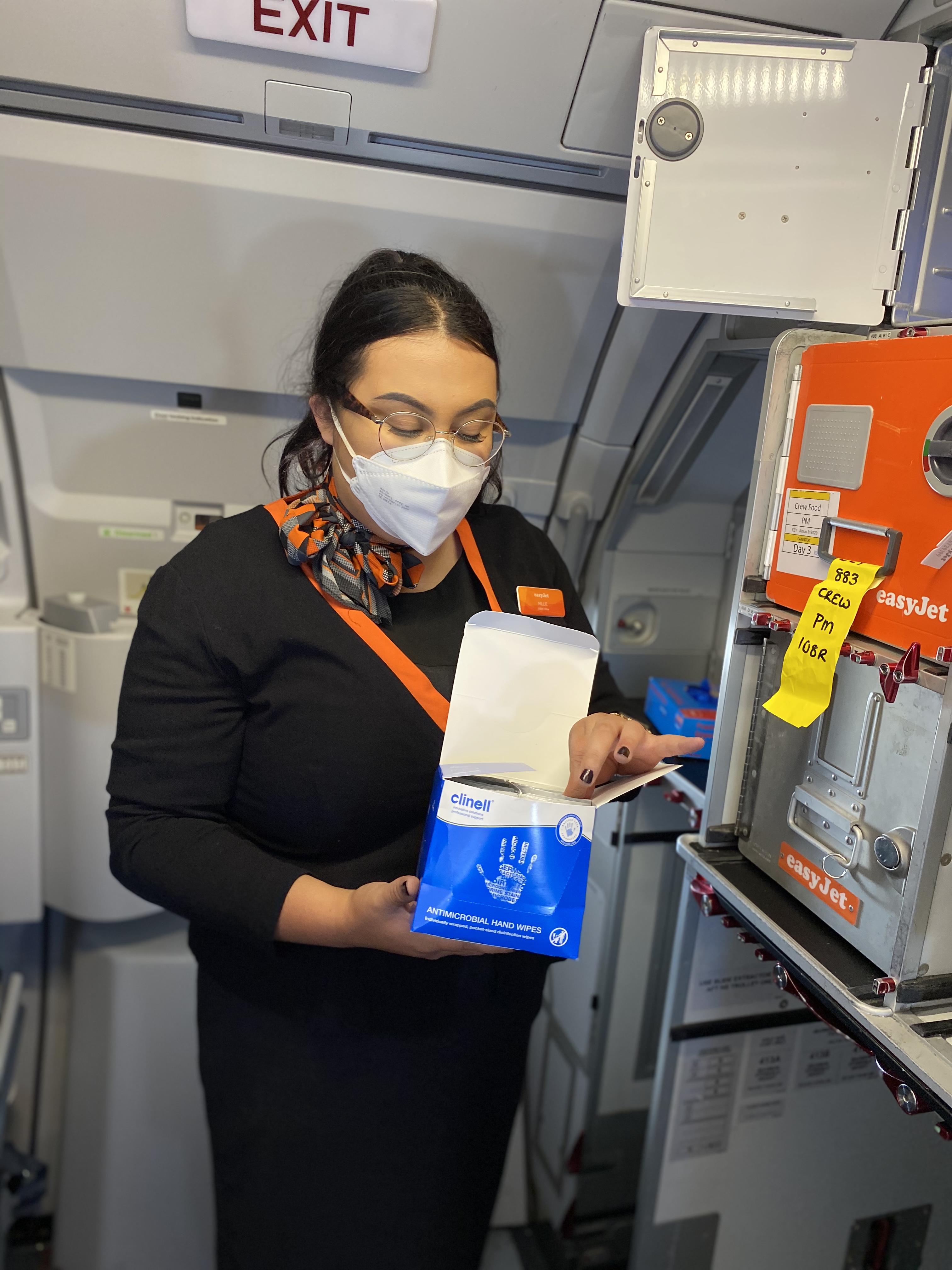 With no revenues for months, airlines have been cutting costs to try to survive the coronavirus pandemic.

EasyJet said in May it was planning to cut 4,500 jobs, or 30% of its workforce. It has said Britain's quarantine could lead to even more cuts.

The airline is planning to ramp up services as the summer progresses and by August has said it will be flying about three-quarters of routes but at a much lower frequency than last year.

Capacity will be at about 30% of usual in the busy July to September season, easyJet said. Bigger rival Ryanair plans to be flying 40% of capacity by July.

Despite the 14-day quarantine policy and current travel restrictions imposed in the UK, Mr Lundgren said he believed summer holidays will be possible.

He went on: "We would hope and would be really looking forward to restrictions being either lifted, or air bridges put in place where it made sense to do so, allowing UK customers as well as people in the rest of Europe to be able to go on a holiday."

Air bridges would involve travellers arriving from countries where the risk of being infected by coronavirus is deemed to be low to avoid having to self-isolate for 14 days.