THEY’VE got to be kidding! It’s my first glimpse of new cruise ship Norwegian Encore and from the quay, I spot a transparent waterslide tube overhanging the side, 15 decks above. Scary or what!

I say a silent thank you to him upstairs that it’s a chilly November so I have a perfect excuse for not trying it out. 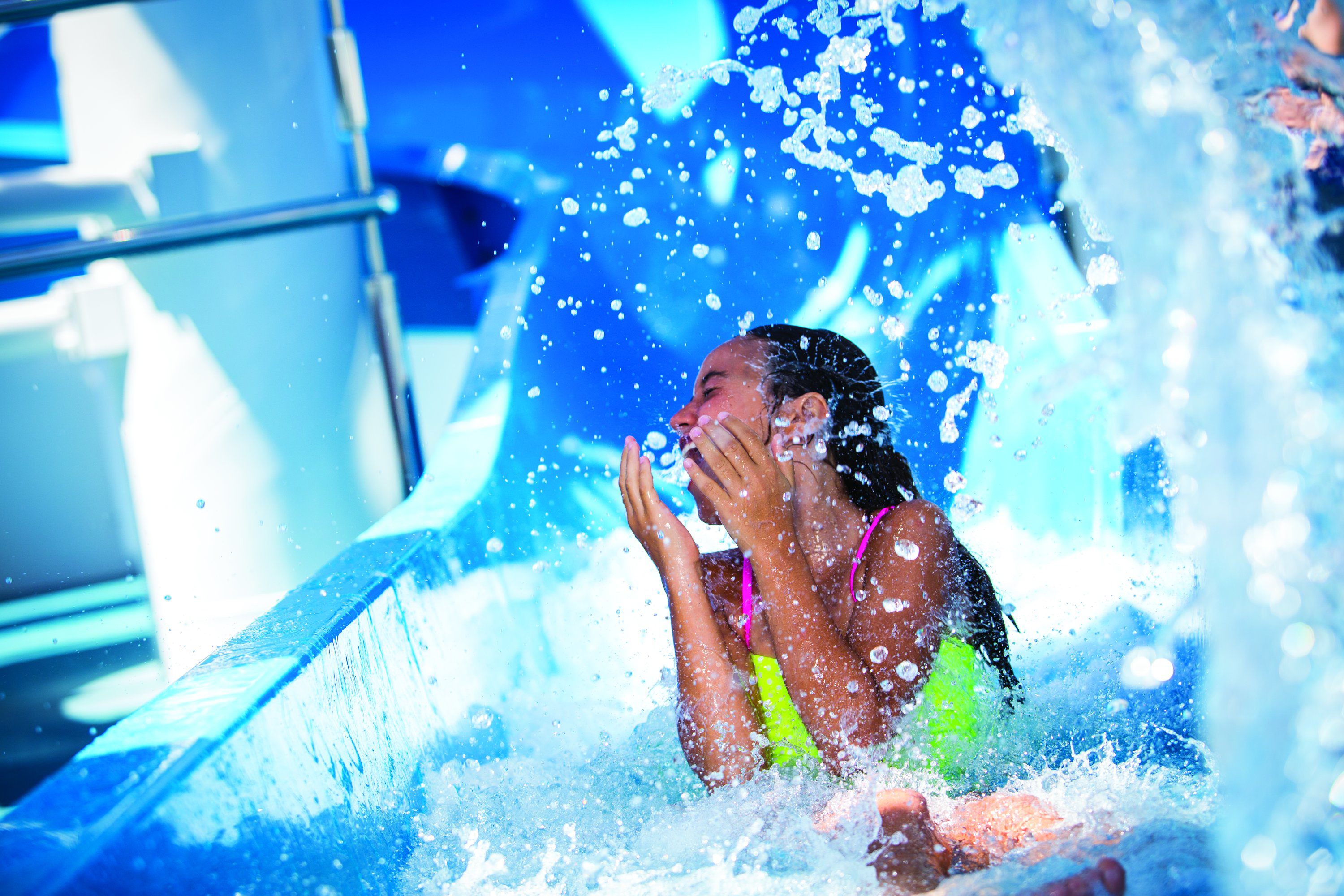 The ship is the newest floating fun ­palace from Norwegian Cruise Line and filled with so many things to do and ­places to eat that you could happily spend seven nights on here and not bother to get off.

But that would be a shame as you would miss lovely days out on the beach as she sails the Caribbean this winter. I couldn’t wait to explore so as soon as I was on board I dumped my bags with my butler . . . OK, now I’m kidding. My cabin was stylish enough, with  private balcony, but to get a butler you need to be in the Haven, an exclusive VIP area with its own pool, restaurant and lounge.

I peeked into one of the suites there and it had a glass-enclosed shower with sea view. Great when you’re out on the ocean but you’d need to watch out when the ship is coming into port.

Folk staying in the Haven get free drinks, a dining package that lets you eat gratis in some of the speciality restaurants, and money off excursions. A butler, too, of course. I was escorted around — and then out of the door. They don’t want the hoi polloi upsetting the VIPs. 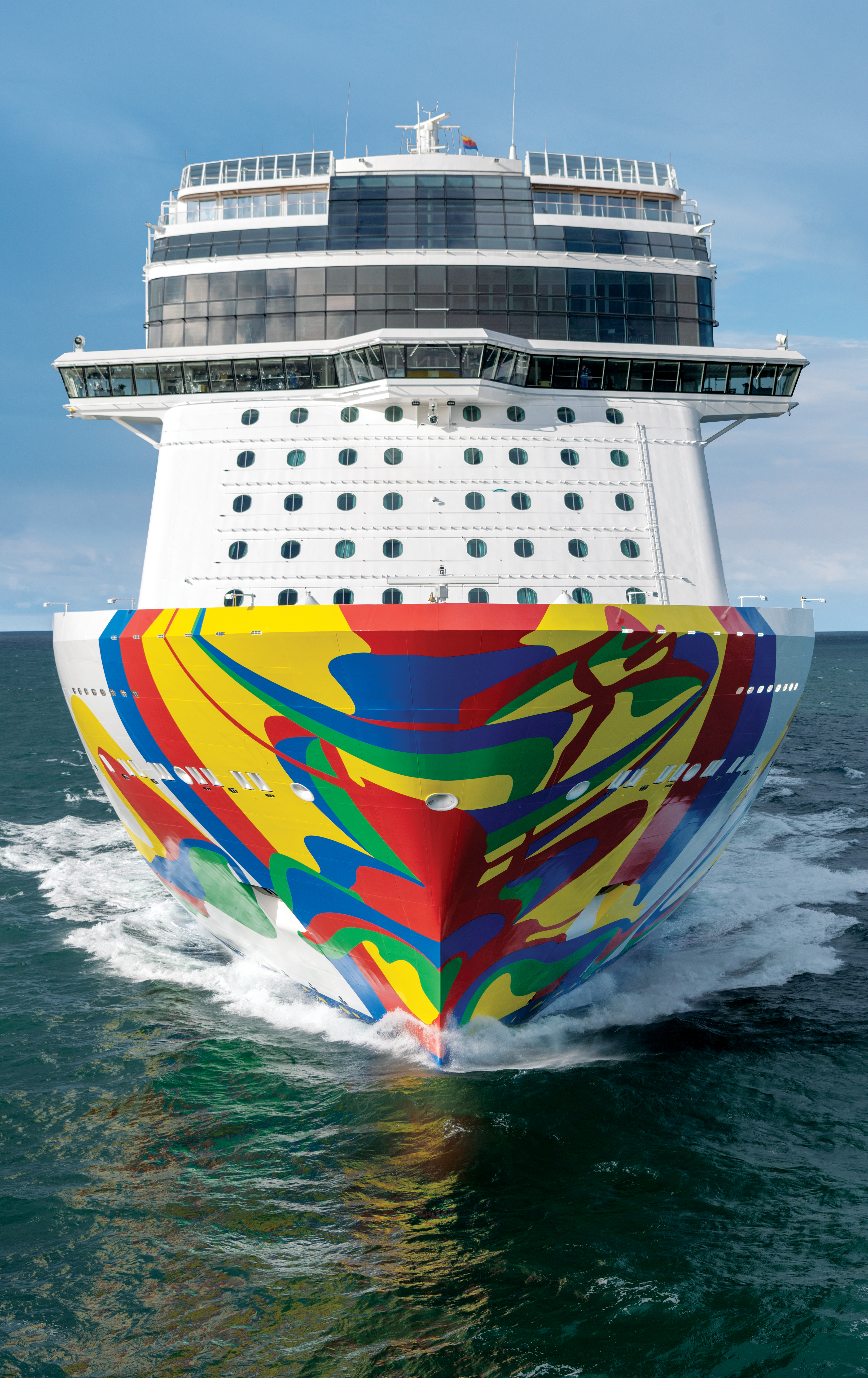 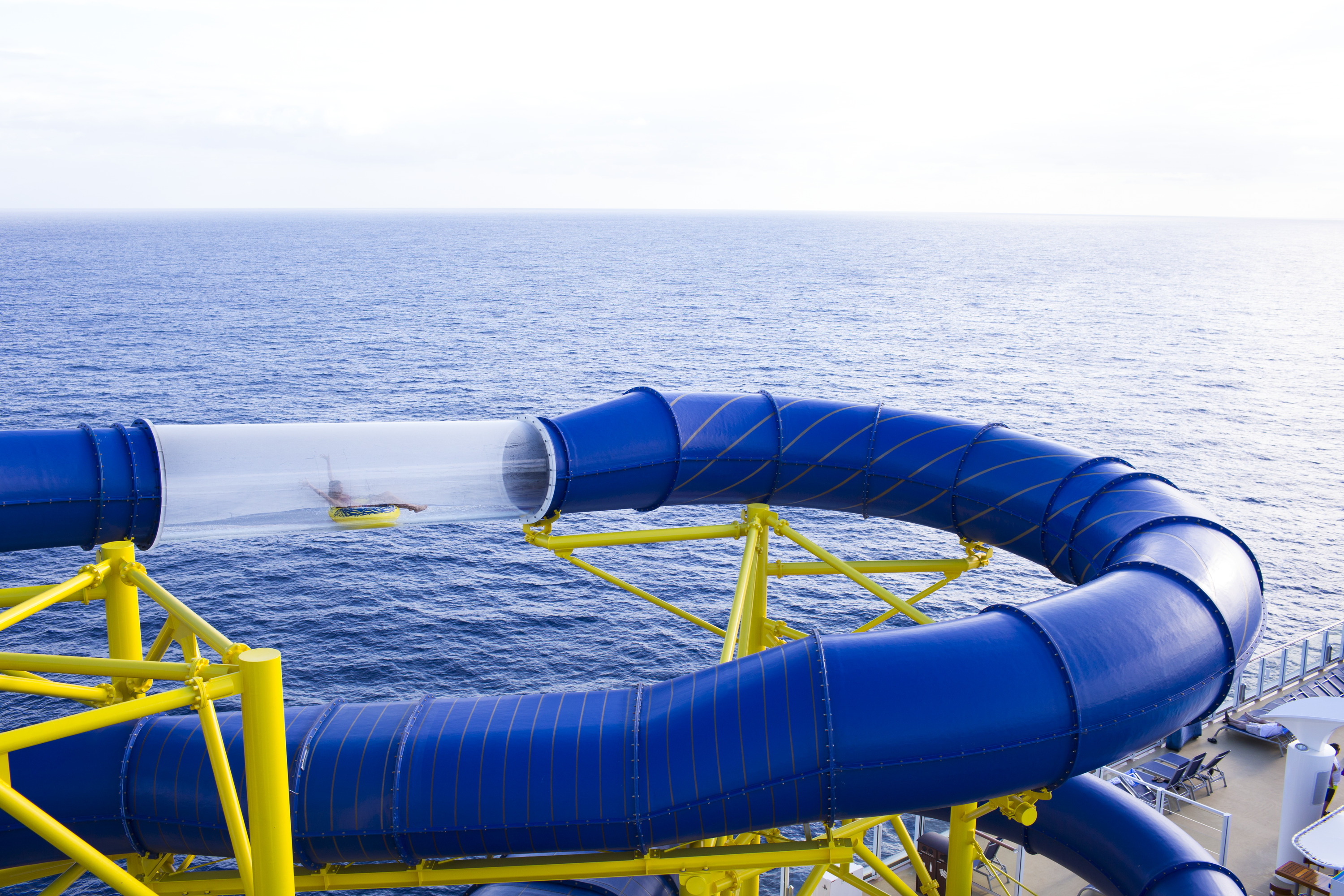 It was then time for some action. That’s probably not what you expect a cruise ship passenger to say but, believe me, Encore is not your average liner. In the space of 30 minutes I was chased by werewolves in New York and a salivating T-Rex with dinner on his mind, and screamed on a rollercoaster that went up and up into the heavens.

Welcome to the Galaxy Pavilion. What a blast. It’s all virtual reality of course but so realistic I didn’t dare to walk the plank. Mums and dads be warned — once your teens are in there, they won’t want to come out. Actually, neither will you. Except maybe to leave the virtual world and go for the real deal.

There’s outdoor laser tag (top tip: it’s best after dark), an aquapark with a scary waterslide, and the longest go-kart track at sea — a quarter of a mile, twisting and turning around the back of the ship and even extending 13ft over the side in places. Not that there was time to admire the view.

I needed all my concentration to beat the fast and furious F1 fanatics on my tail. If that all sounds too much like hard work, there are plenty of places to chill. By the pool, in the observation lounge, in the spa. 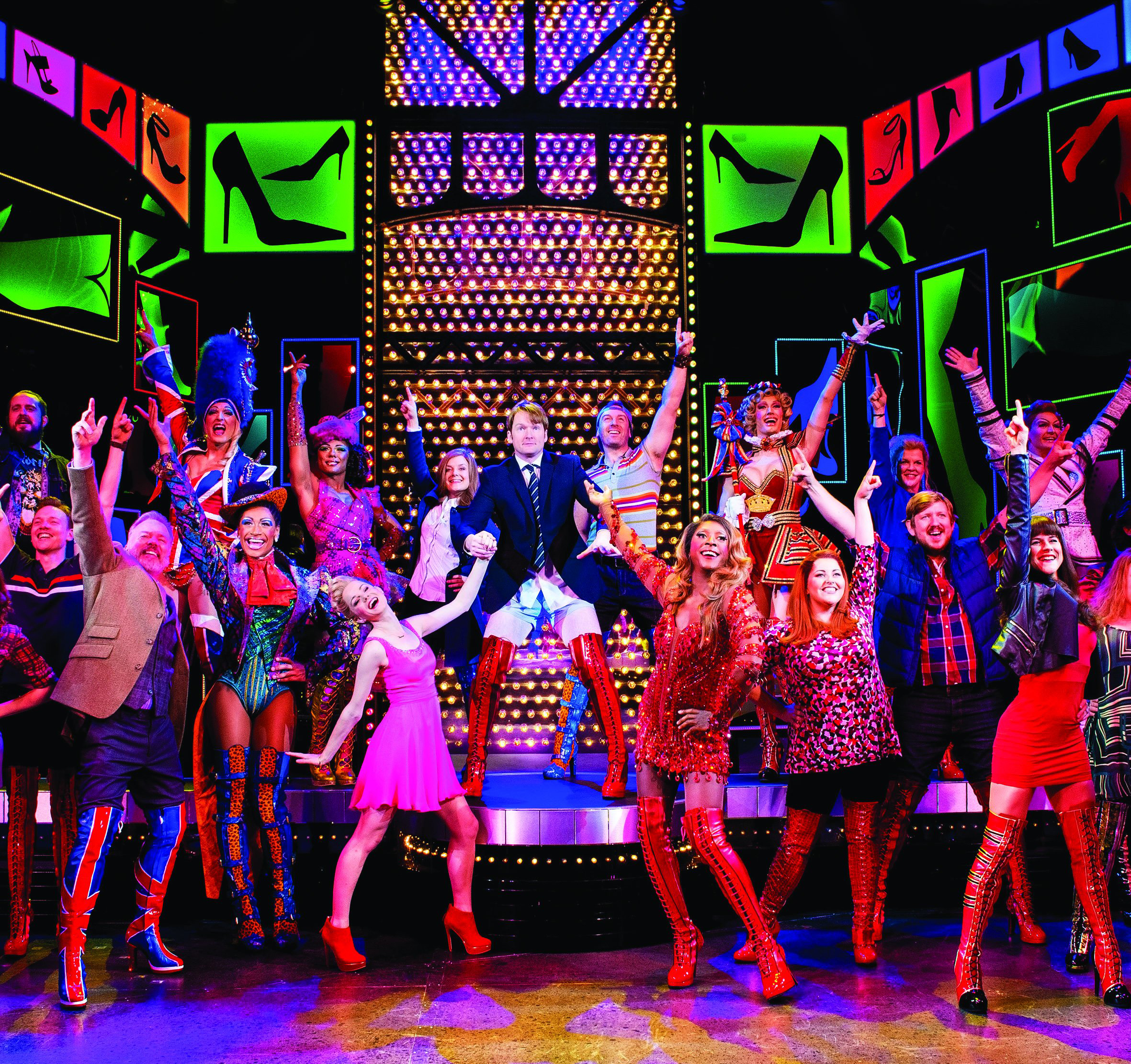 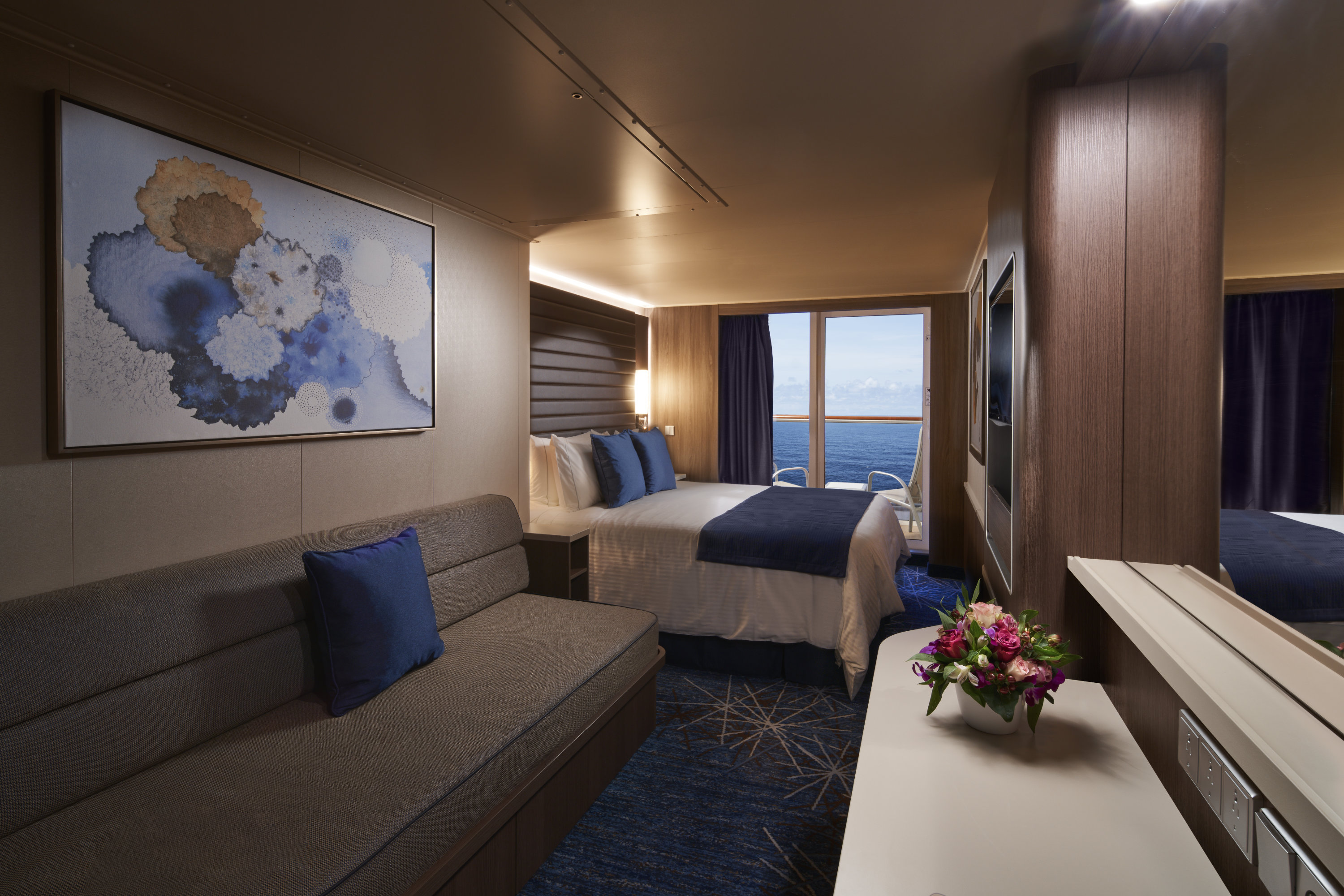 I sizzled in the sauna and froze in the snow room (minus 10C). “It’s good for you,” the therapists promised, as I shivered my way back to the sauna.Not as good as indulging in one of Encore’s numerous bars and restaurants, I thought, tucking into yummy chilli and wings in the Local, a casual bar cum-diner that was always buzzing.

But talk about spoilt for choice, whether you fancy Mexican, fine French, Texas BBQ or a whopping steak, you can have it on this ship.

I went Italian in Onda, a new eatery created just for Encore in tandem with Scarpetta, which owns posh Sette in London’s swanky Knightsbridge, and went noodle crazy in The Food Republic, where you order grub from an iPad.

The food was so good but these eateries all charge. For a free feast, choose from the Local, Garden Café buffet, Taste, Savor or the Manhattan Room. All entertainment is free, though.

I watched Lola and her angels strut their stuff in a ­fabulous production of the West End musical Kinky Boots — and the inimitable Choir of Man, which was basically nine blokes having so much fun on stage that you just wanted to join in.

Close by, the Beatles were playing to packed audiences in the Cavern Club. They might not have been the real McCoy but we loved them, yeah, yeah, yeah.

GETTING THERE: Fly to Miami with Norwegian, British Airways or Virgin Atlantic. Flights from 266pp return in February 2020. Compare prices at skyscanner.net.

SAILING THERE: A seven-night Eastern Caribbean cruise on Norwegian Encore round-trip from Miami and visiting Puerto Rico, and the British and US Virgin Islands costs from £699 departing February 23, 2020. Price excludes flights.

a, caribbean, cruise, Embark, O, on
You may also like:

Travelling after Brexit – do I need a Visa to go to Europe? – The Sun