The U.S. Department of Transportation (DOT) has announced that emotional support animals will no longer be considered service animals on flights, updating its final rule on the controversial travel topic.

DOT shared the news in a Wednesday news release, explaining that the revision to the Air Carrier Access Act followed over 15,000 comments on the proposal, which was first pitched in January. 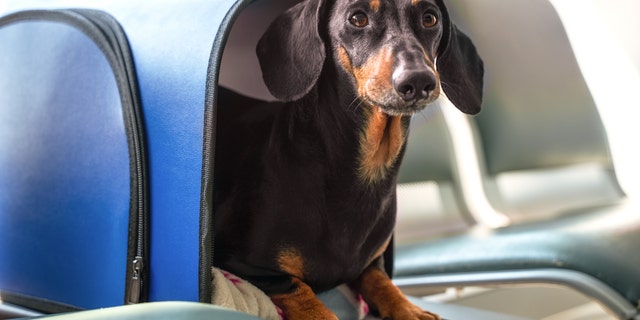 The U.S. Department of Transportation (DOT) has announced that emotional support animals will no longer be considered service animals.
(iStock)

“The final rule announced today addresses concerns raised by individuals with disabilities, airlines, flight attendants, airports, other aviation transportation stakeholders, and other members of the public, regarding service animals on aircraft,” the agency said.

Now, the DOT will define a service animal as "a dog that is individually trained to do work or perform tasks for the benefit of a person with a disability.”

Moving forward, the department is allowing airlines to require DOT-approved forms affirming a service animal's health, behavior and training before travel, and allowing carriers to cap the number of service animals traveling with a single passenger at two.

In addition, the DOT has given airlines the OK to require a service animal to fit within its handler’s foot space on the airplane, and mandate that the animal be harnessed, leashed, or tethered at all times on the plane and within the airport during the travel journey.

Various carriers have since tightened the leash on their respective rules regarding the transportation of both emotional support and service animals; the DOT’s latest update will be a game changer for policy.

A spokesperson for the department did not immediately return Fox News’ request for comment.