IT has long been considered one of the happiest places on earth, but right now Disney World might in fact be the gloomiest.

Orlando is the UK’s favourite long-haul holiday spot, but it is suffering record losses due to Covid and there are fears of a wave of closures this autumn. 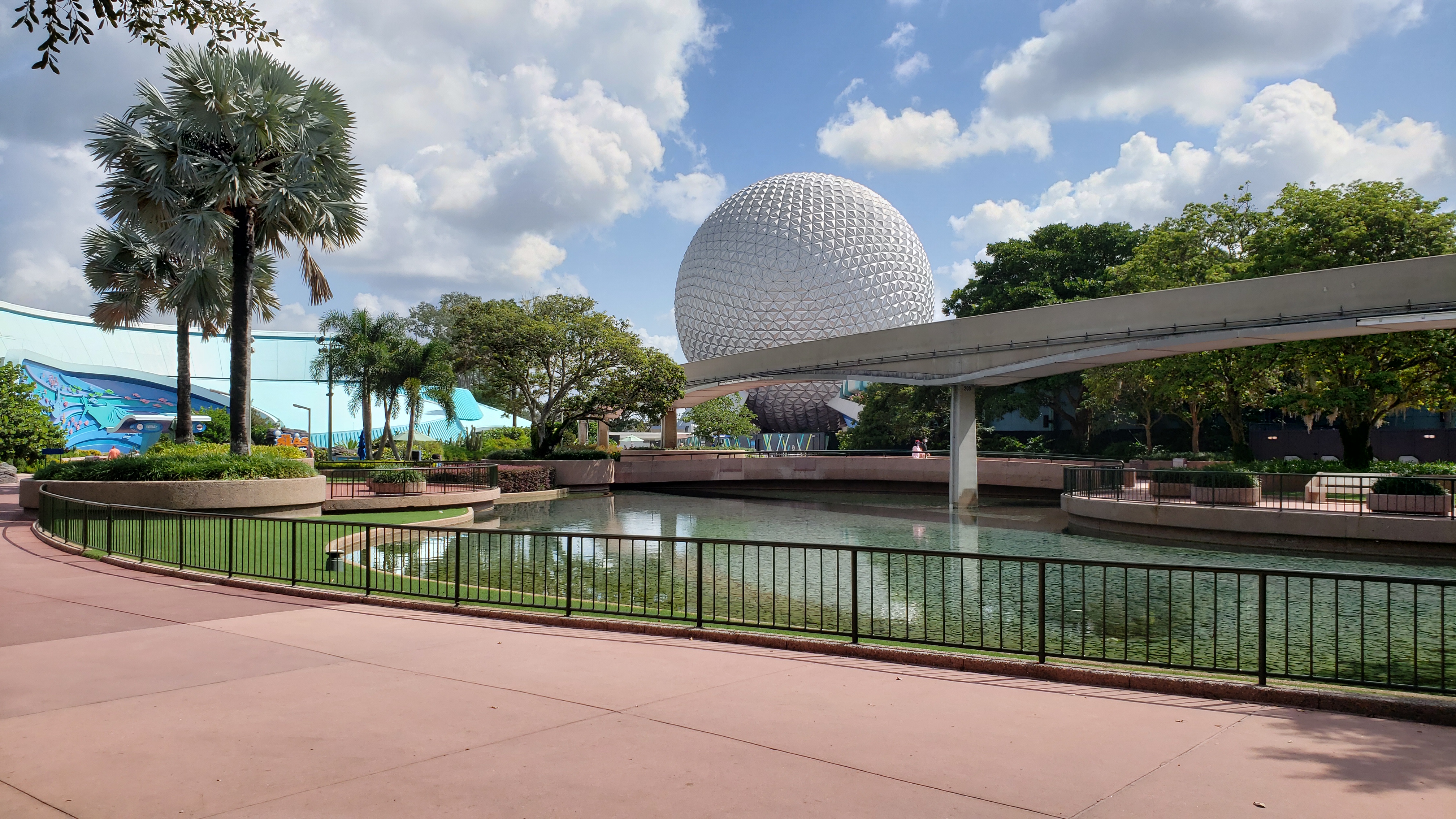 The hoped-for boost when Disney’s parks reopened in July has disappeared as fast as Aladdin’s genie into his bottle. And the hits to the bottom line just keep on coming.

Disney, which reported a two billion dollar loss across its theme park division in April-June alone, has now slashed opening hours across its four parks.

Rival Universal Orlando has shut two hotels and laid off more than 2,000 staff from another five.

Orlando International Airport, which usually handles around 60,000 passengers a day, is down to under 20,000. The airport predicts it will not return to normal until 2025. 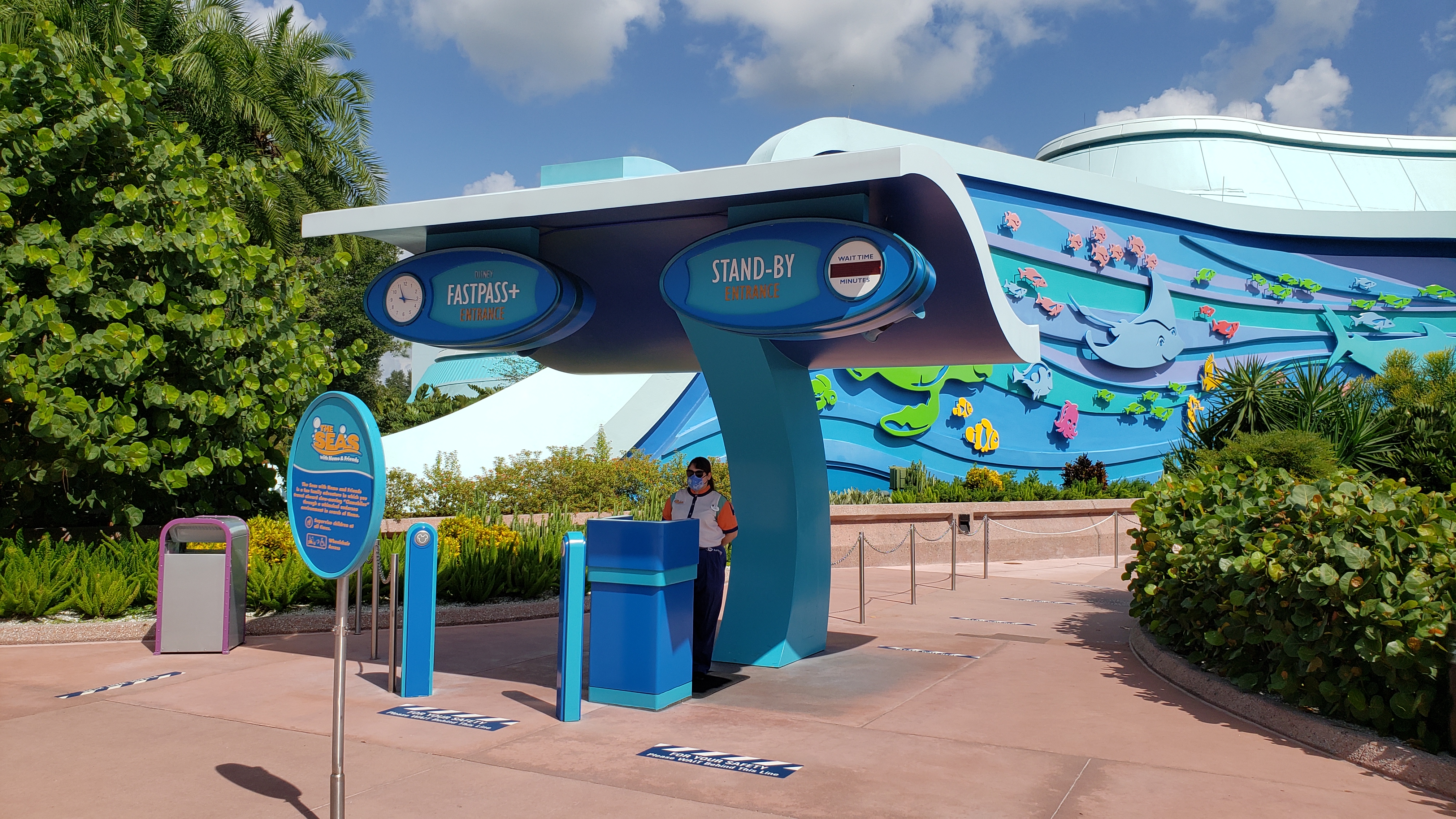 And as a whole, Orlando’s unemployment rate has topped 15 per cent. It was 2.8 per cent in February.

The anticipated summer recovery was effectively torpedoed by a massive spike in Covid numbers in June and July — with Florida reporting more than 10,000 new cases a day.

A Universal spokesman said: “A sudden, dramatic and unexpected reversal in bookings makes it clear that the demand for travel, events and hospitality services will take substantially longer to resume than previously anticipated.”

That “unexpected reversal” has also seen Orlando’s huge convention centre lose more than one billion dollars in business so far this year, while two-thirds of the city’s 120,000 hotel rooms remain empty. 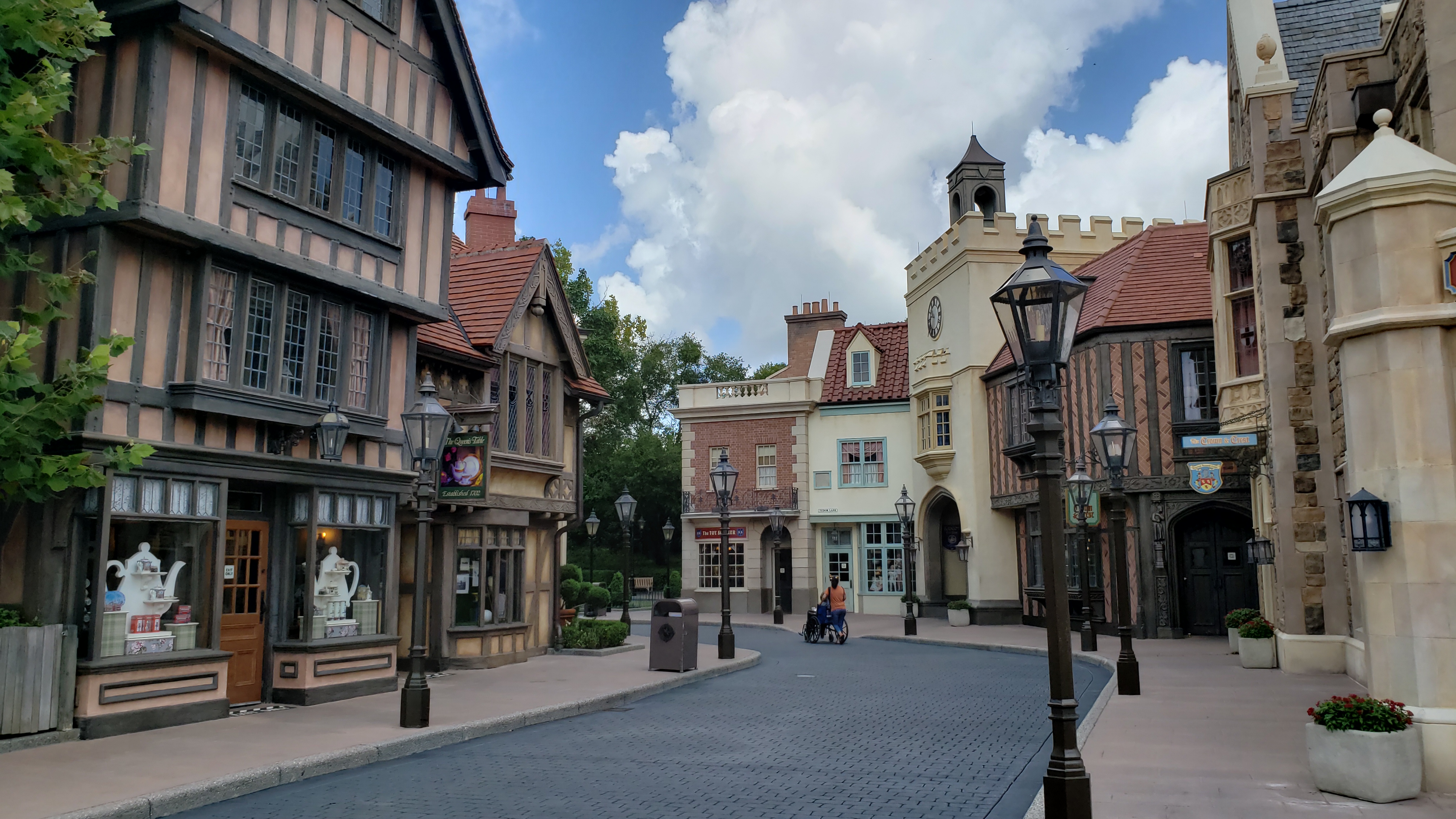 If that is the widescreen version of the Disney picture, the smaller one is not much rosier.

At the Epcot park this summer at the start of the annual Food & Wine Festival, the usual crowds were noticeably absent.

Instead of waiters rushing around, there were idle servers and closed serving hatches. 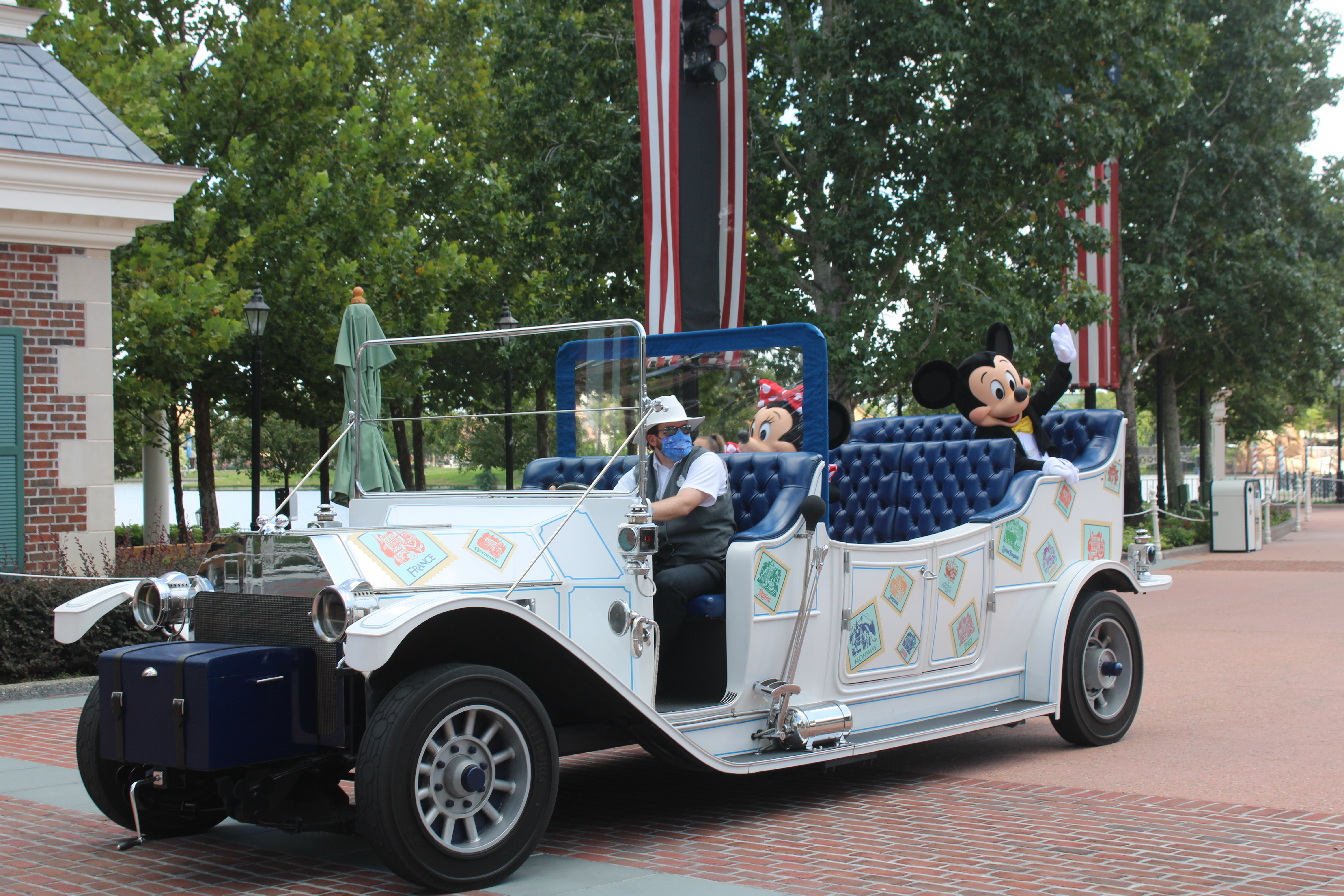 Unsurprisingly, wait times at all the attractions were low, and the wide concourses around the World Showcase area were practically empty.

It was positively eerie to see the UK and Italy pavilions with no one around at 12.30pm on a typically sunny September afternoon.

The lack of live entertainment was also striking, while the omnipresent distancing markers were more visible than usual with virtually no one to socially distance.

And every ten minutes, the sombre tannoy reminders for visitors to wear face masks, wash their hands and keep their distance rang out like the harbingers of doom. Not exactly the backdrop to happy theme-parking. 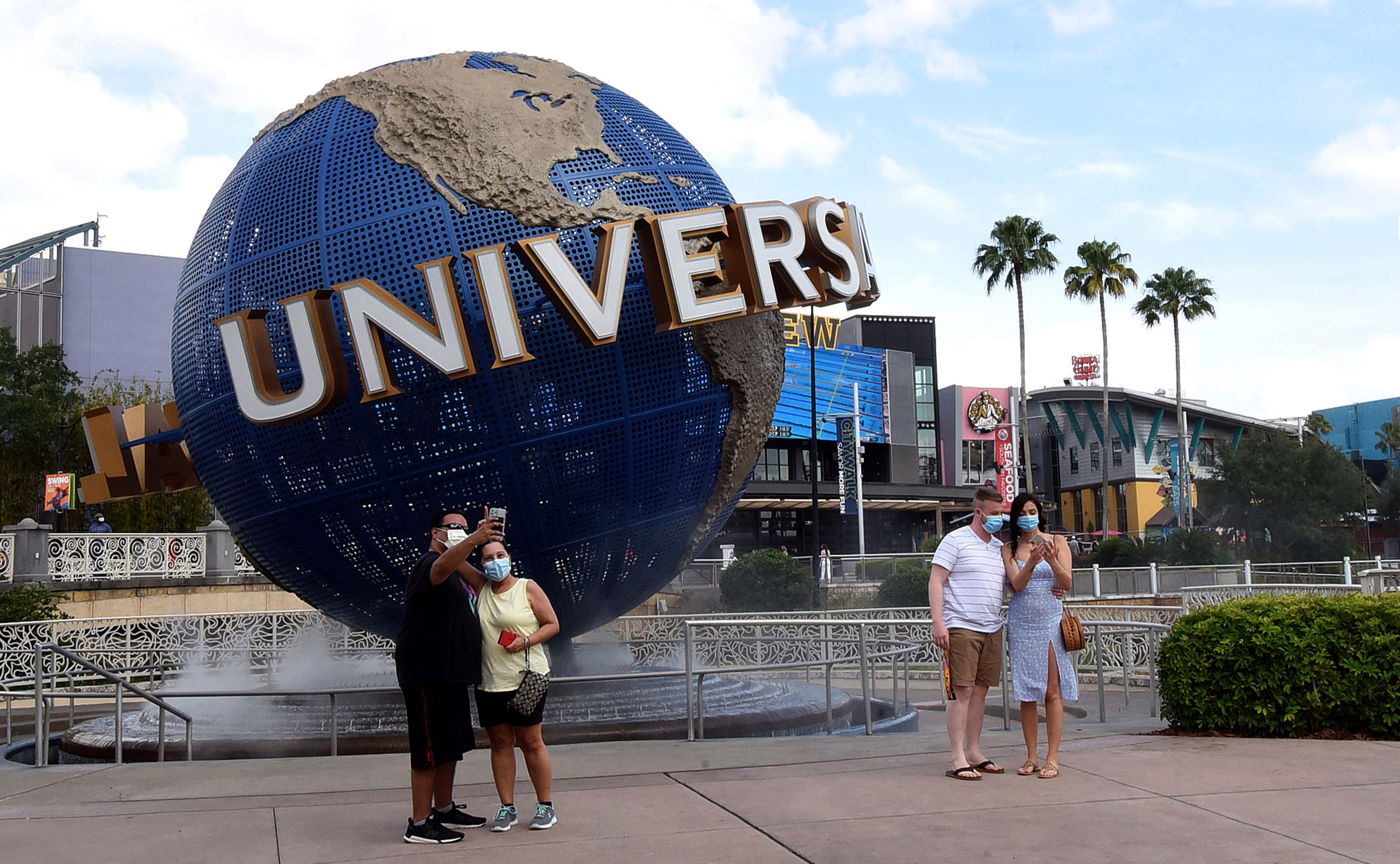 Universal and SeaWorld have been equally hard-hit by the lack of visitors, too.

Universal has shut down six attractions through its two parks and reduced hours for the foreseeable future to cut back on staffing costs.

SeaWorld has postponed the opening of its dramatic new rollercoaster Ice Breaker and will close for two days a week next month.

Both Disney and Universal have also scrapped their big annual Halloween celebrations. 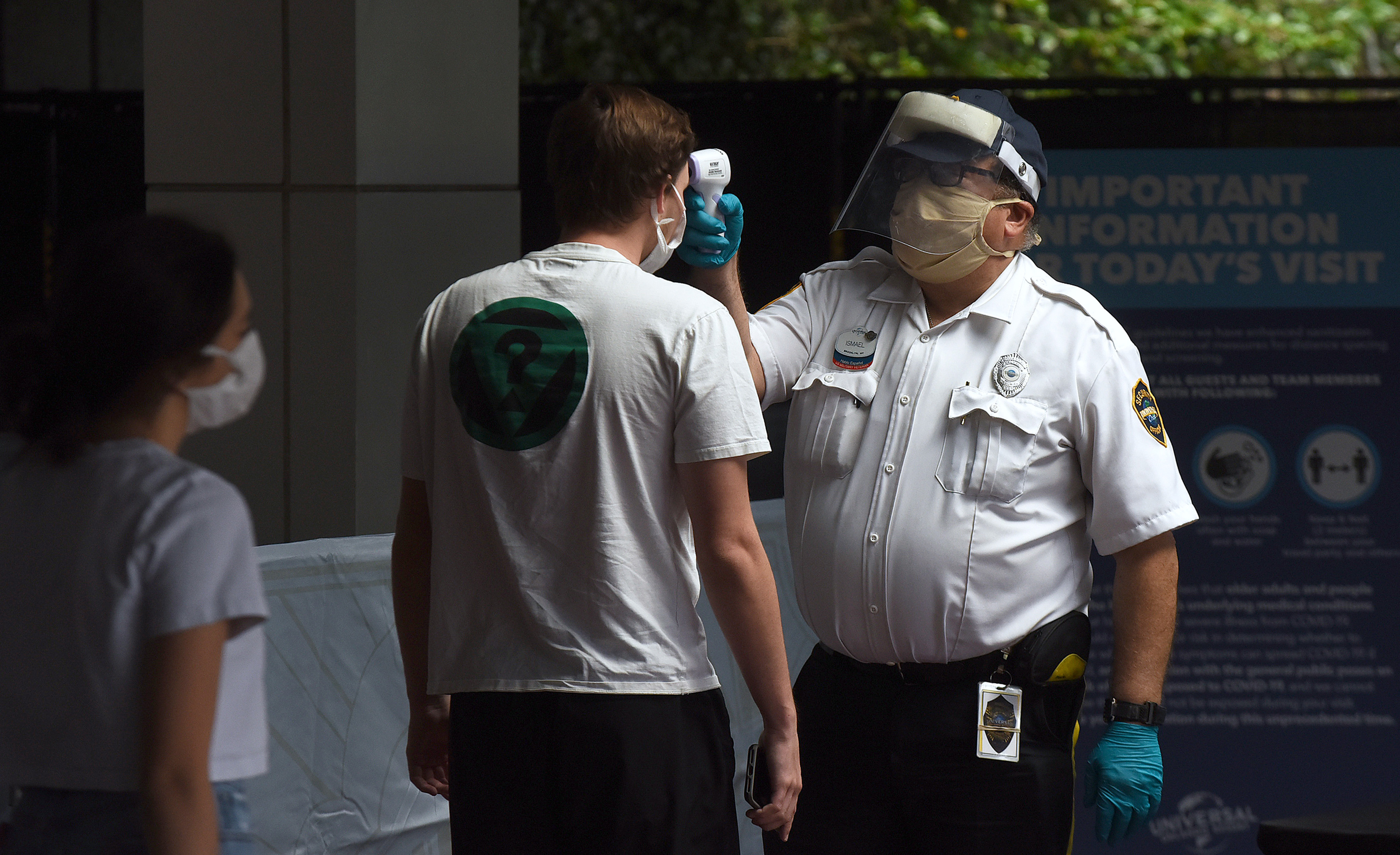 Now, the big question facing Orlando in the seventh month of the pandemic is: What will things look like when it is over?

Having gone from a record 75million visitors last year, how will it survive a full year in the doldrums?

Certainly, Mickey and Minnie will be back on parade at the Magic Kingdom.

The dazzling Star Wars area of Disney’s Hollywood Studios will again be rammed with wannabe Jedis. 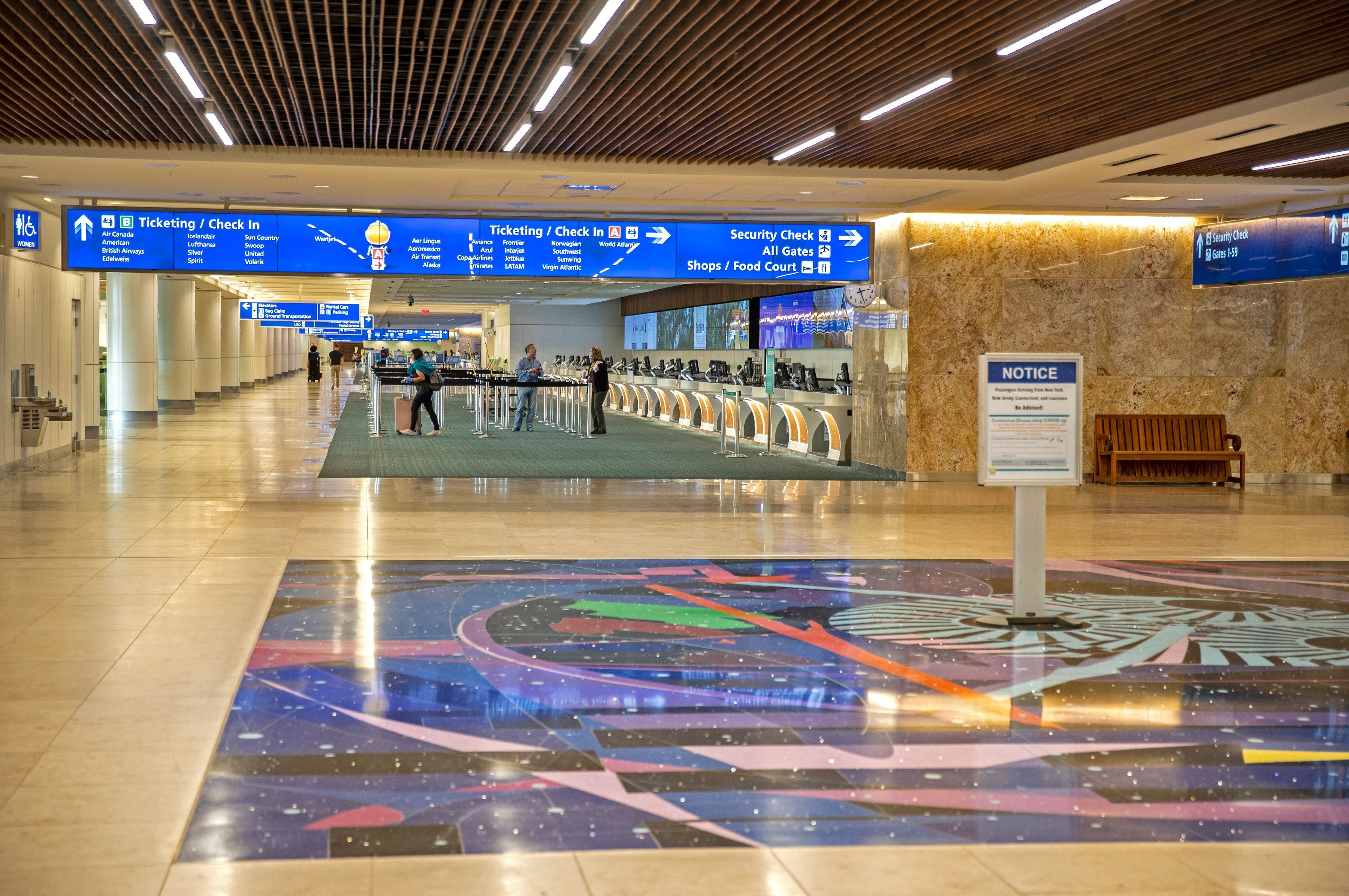 And Harry Potter will work his wizardry over Universal Studios and Islands of Adventure once more.

But it also seems increasingly likely that some hotels will not reopen.

Those that are currently offering rooms for around £35 a night will find it hard to stay solvent much longer with rock-bottom rates and only minimal business.

Restaurants are also struggling, with only a fraction of the visitors they are used to seeing, notably along the usually bustling stretch of International Drive. 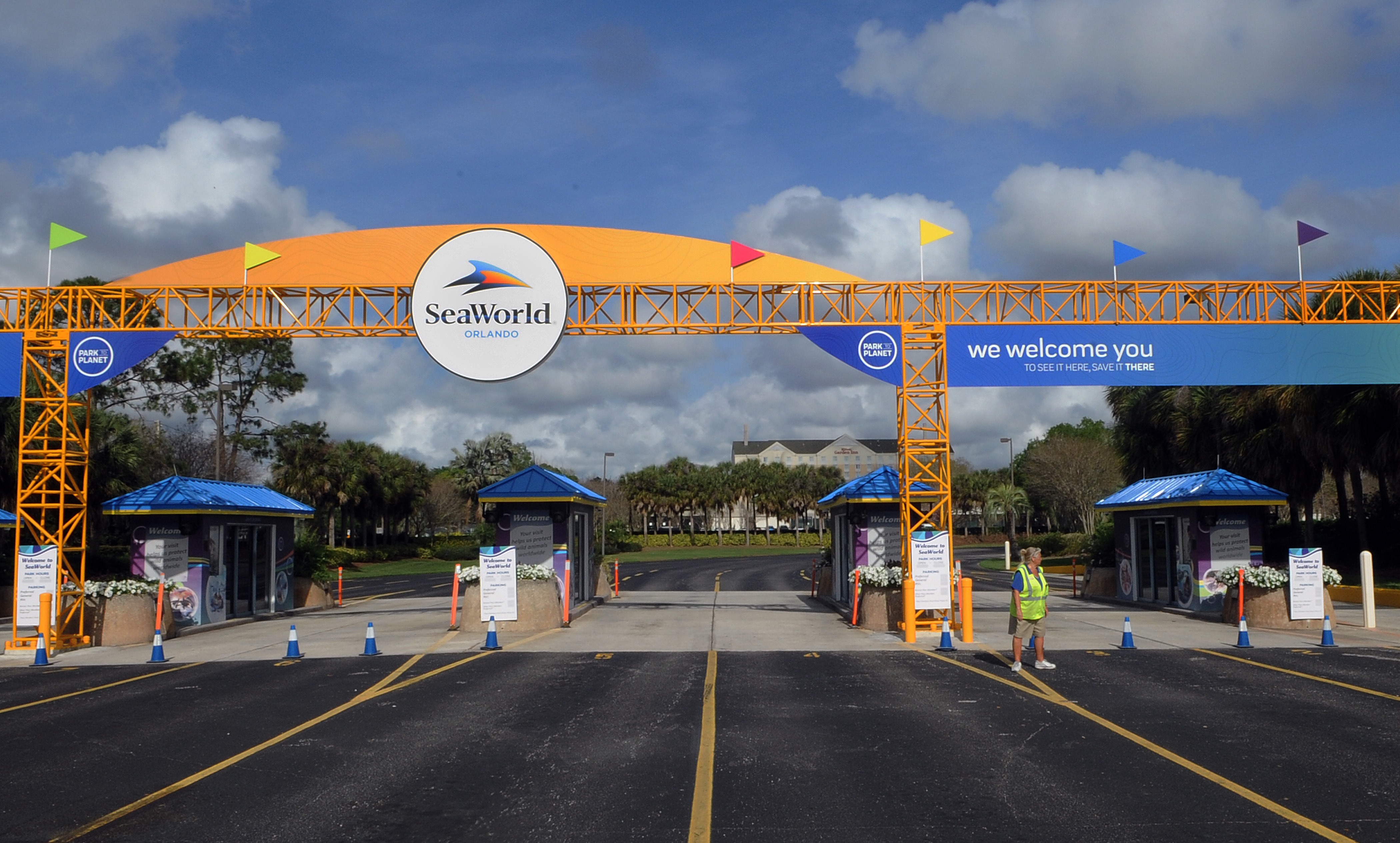 Even in swanky Winter Park, we are seeing some close their doors for good.

Long-time Brit favourites that serve up all-you-can-eat buffets, such as Ponderosa, Golden Corral, CiCi’s and Sweet Tomatoes, will either be gone or drastically altered.

So far, more than 130 restaurants are among the 1,300-plus small businesses that have closed for good in the past few months.

Orlando’s dinner shows, currently reduced to just three nights a week — or in the case of Sleuth’s, temporarily closed — may also struggle to stay in business. 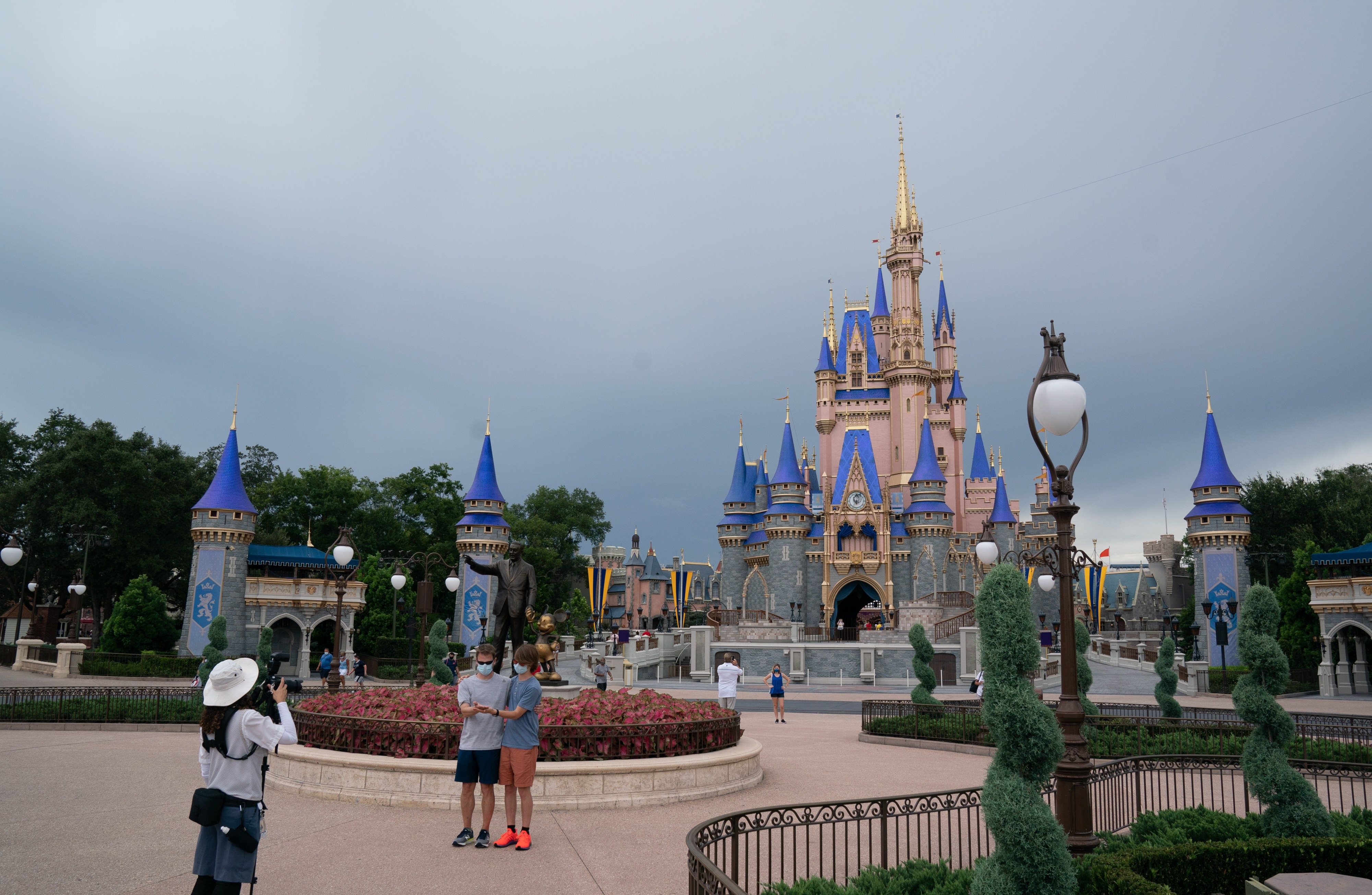 Equally, some of the smaller attractions, like WhirlyDome and I-Drive Nascar indoor karting, have already given up the ghost.

When UK visitors finally get the green light to fly back to Florida, they are definitely going to find it a very different experience.

As Aladdin and his Princess Jasmine might have said, it’s a whole new world. 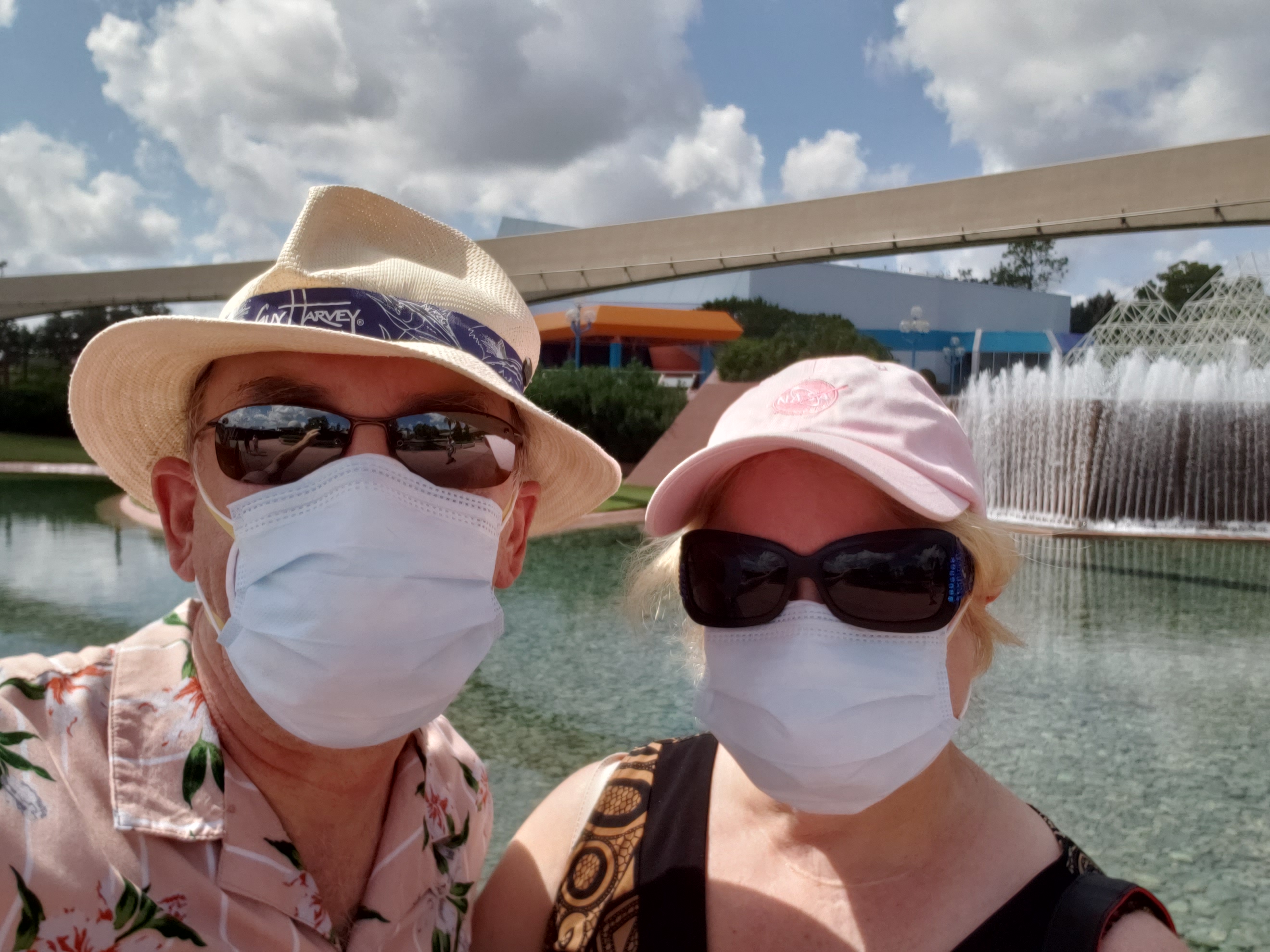 a, empty, face, parks, theme, wave
You may also like: