Or rather my Westie did, as he strained at the leash to get closer. 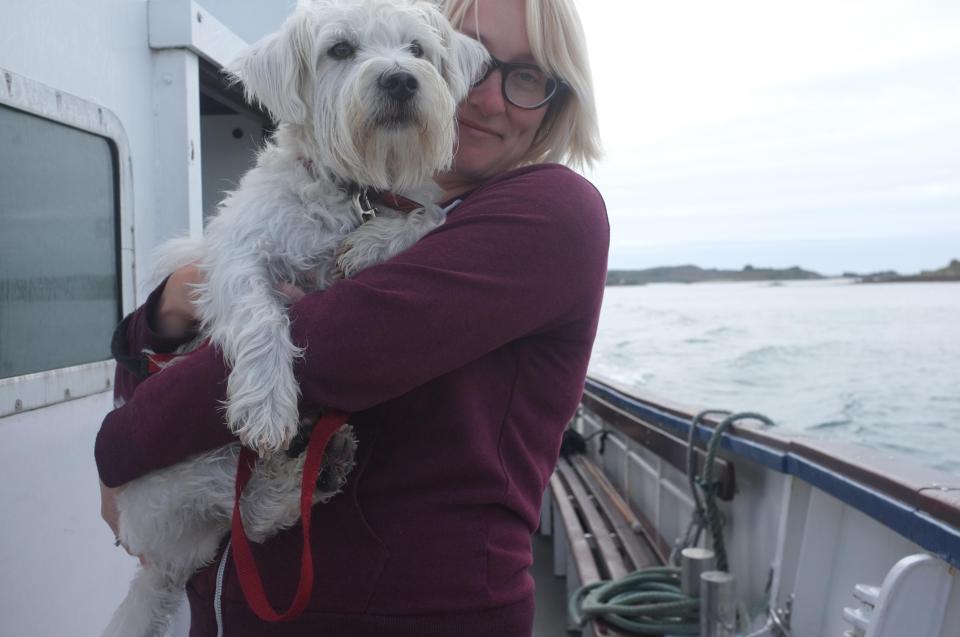 “Charlie’s walked ten miles today so he’s earned his rest,” his owner said, smiling and patting his pet’s side.

“He’s just had some dog biscuits and he’s been at the slops behind the bar too.”

With perfect timing, Charlie hazily stretched out his big paws, rolled over and sighed contentedly.

Some fresh air, a nice lunch and a cheeky afternoon drink . . . it sounded like a good holiday to me. I was in Northumberland with my three-year-old pooch Ernie. 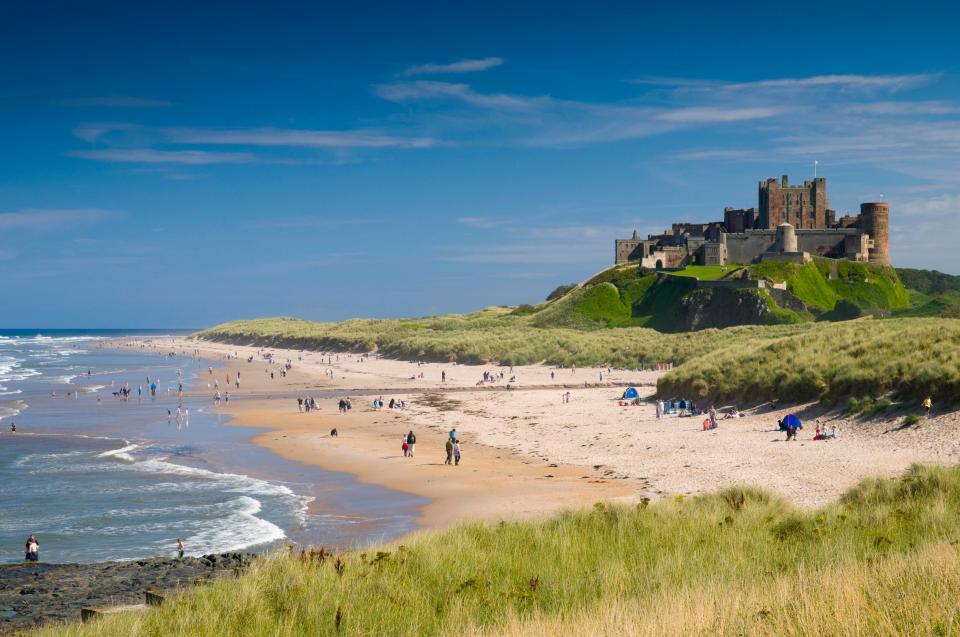 It was the first time I’d taken him away on my own and any worries I’d had about that soon evaporated.

Say what you like about dogs but they’re great conversation starters.

Charlie’s owner told me they had been visiting Northumberland for the past 12 years — and after a few days in the area, I can see why.

The coastline is an Area of Outstanding Natural Beauty, it has more historic castles than anywhere else in England and good walks abound.

There are also plenty of market towns to explore, with quirky, dog-friendly shops, such as Barter Books in Alnwick — a second-hand store housed in an old railway station. 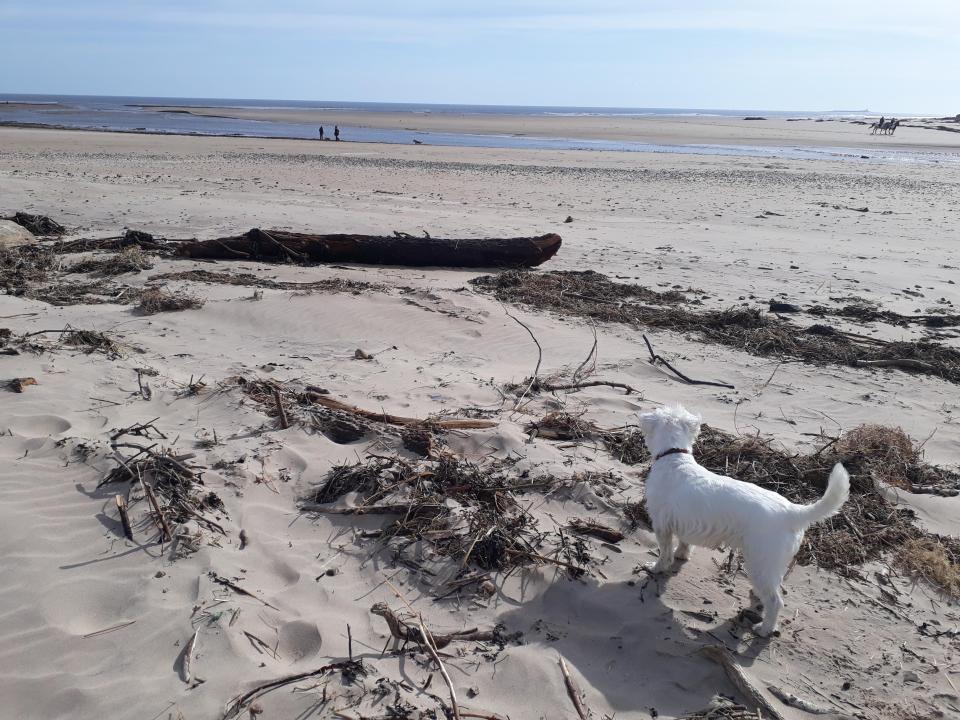 Northumberland was recently voted the Best UK Destination by Wanderlust magazine and its national park was named the Best in Britain by the BBC’s Countryfile.

So ahead of this year’s Northumberland Day on May 27, I ventured north to see what the fuss was about.

After a three-and-a-half-hour journey from London’s Kings Cross, Ernie and I stepped off the train in the bustling town of Berwick-upon-Tweed, three miles from the Scottish border.

I was grinning before we’d even checked in at Old Templars Cottage, a short drive away in Spittal.

And with a sandy beach just yards from the door, Ernie was in heaven too.

We stuck to exploring the spectacular coast on our three-day trip.

After all, there are 30 miles of beaches to sample in Northumberland and many are dog-friendly all year round. 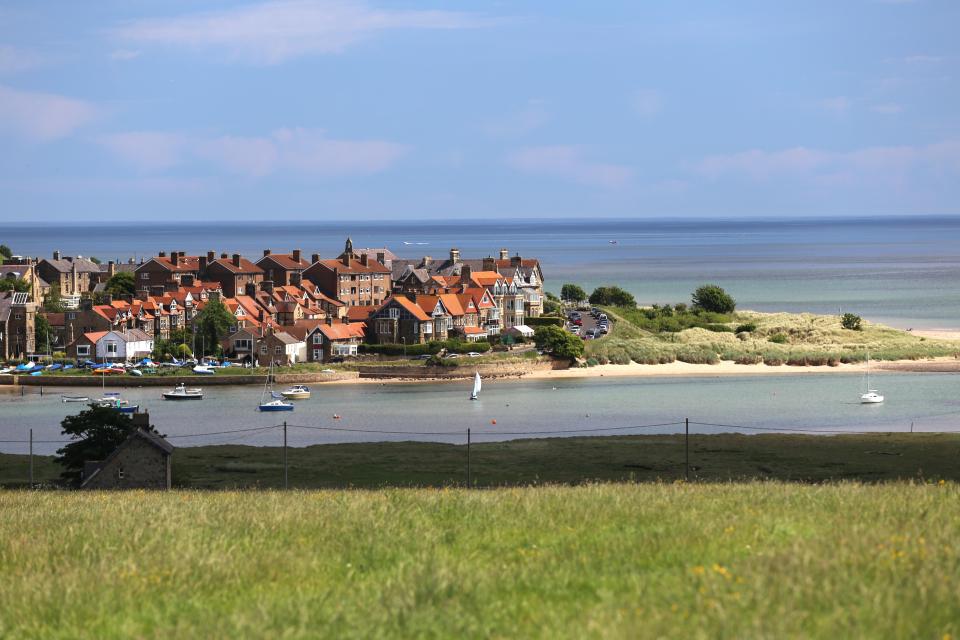 I loved rugged Alnmouth Bay, while Bamburgh Beach, with its imposing castle, felt just like something out of Game of Thrones.

We practically had the beaches to ourselves and while Ernie enjoyed paddling and digging for treasure, I enjoyed the peace and quiet — then the excuse to pop into a local pub.

It takes a bit of effort to get to, but The Ship Inn in Low Newton is worth it.

It brews its own beer and serves local seafood in homemade stotties, or rolls.

We were also warmly welcomed at The Lindisfarne Inn, with a whole room devoted to doggy diners — and The Victoria Hotel, in Bamburgh, puts ice cubes in its dog bowls, even in March.

You can walk its Elizabethan walls in around an hour or follow the Lowry Trail, dedicated to the late artist L.S. Lowry, who was a big fan of the town.

GETTING THERE: One-way journeys from London King’s Cross to Berwick-upon-Tweed start from £23.

STAYING THERE: A three-day short break at the one-bedroom Old Templars Cottage is from £255.

Even Berwick’s bridges are impressive — one of them was designed by the great engineer, Robert Stephenson.

The town has plenty of dog-friendly pubs and cafes.

Try The Curfew micropub or the community-run Brown Bear for excellent pies.

Depending on the tides, you can also make the pilgrimage over to the Holy Island of Lindisfarne. 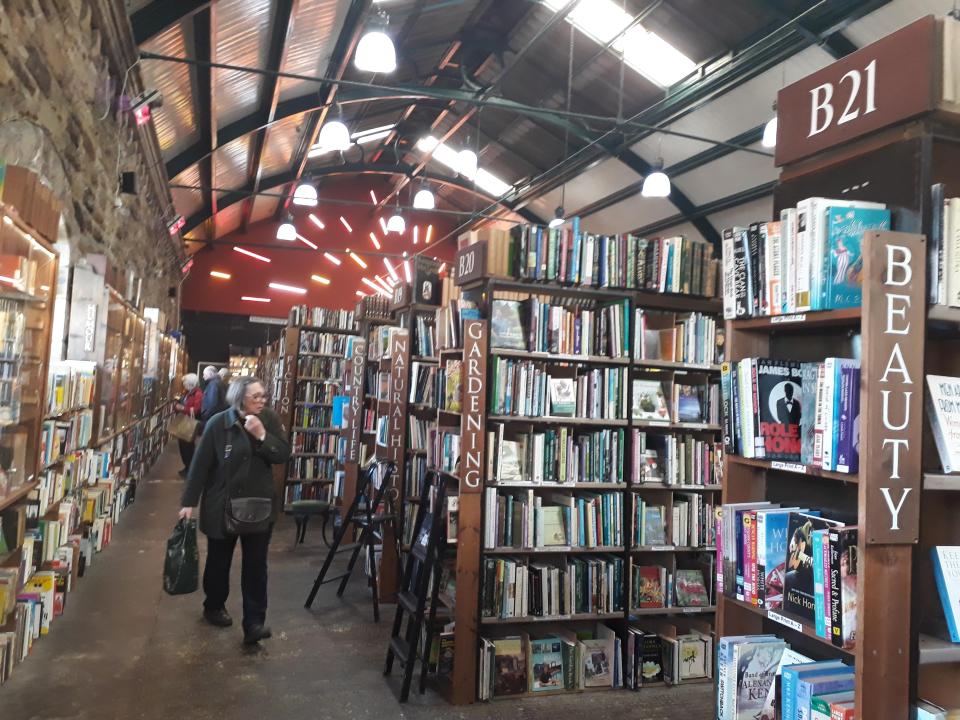 This former religious centre, a few miles off the Northumberland coast, has great walks and pets are welcome in many of the shops, cafes and pubs.

Most people come to visit the castle and priory and, although dogs are not allowed in, you can still get close enough for a good look.

We packed a lot into our break but there was so much more to see, such as Hadrian’s Wall and Kielder Water.

I know we’ll be back, as it’s written in the stars.

According to the Chinese zodiac, 2018 is the year of the dog — and I’m sure it will be good for Northumberland too.