The traveller, who was on an American Airlines flight, made the brazen attempt before the aircraft had even taken off. 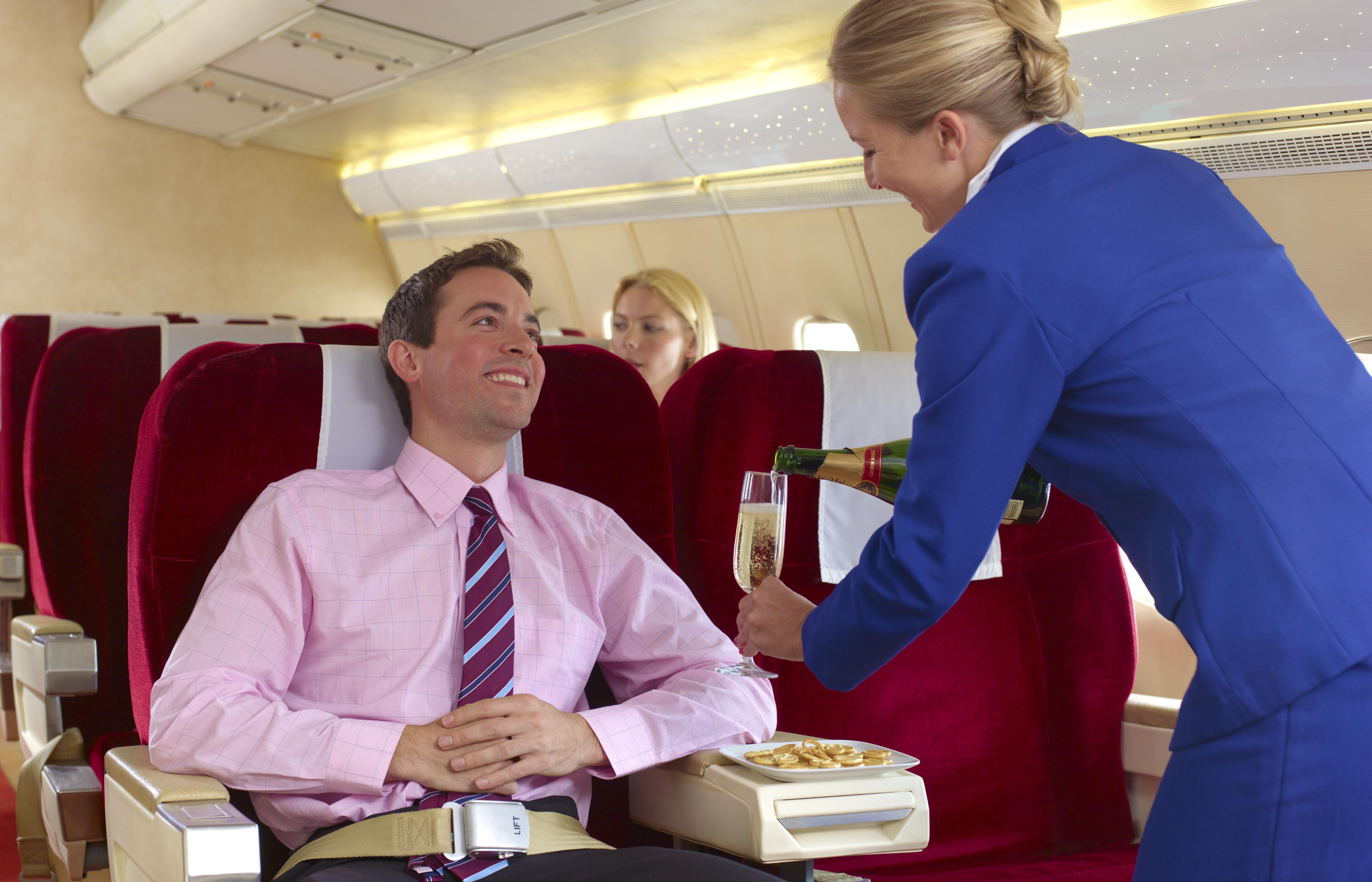 Katie Genter revealed on The Points Guy that the man sat in seat 1A tried to request two extra double shots on ice from the flight attendant as he was being served his pre-departure refreshment.

He claimed the second drink was for his neighbour when told he could not request more than one drink at once.

After the drinks were delivered, the passenger then picked both cups up and attempted to walk back into Economy with them, before he was stopped by a flight attendant.

Katie said: "The man argued that he needed to go to the bathroom — with his two drinks — to which the flight attendant noted there’s a bathroom at the front of the plane for first-class passengers."

The passenger then attempted to convince his friends to come and use the First Class bathroom but they were told to use the facilities in Economy the back of the plane.

Following a discussion with as American Airlines manager outside the plane door, the passenger was then asked to pick up his hand luggage and leave the plane.

The airline told Travel + Leisure: "The customer caused a disruption during the boarding process.

"We did offer to re-book the customer on a later flight, but he declined and we provided a full refund."

In April, a couple revealed how they blagged first class food while sat economy on a long-haul flight.

A flight attendant recently revealed what to wear to bag a free first class upgrade – and you don't need designer clothes.

And according to one frequent flyer, there are two magic words that you need to use though– “revenue management.”