The Foreign Office (FCO) has issued a warning to British holidaymakers to ‘avoid large gatherings’ in Turkey during the presidential and parliamentary elections on June 24.

It said that the elections may result in ‘rallies and demonstrations around the country’.

The FCO also advises against all travel to within 10km (six miles) of the border with Syria and to the city of Diyarbakir. 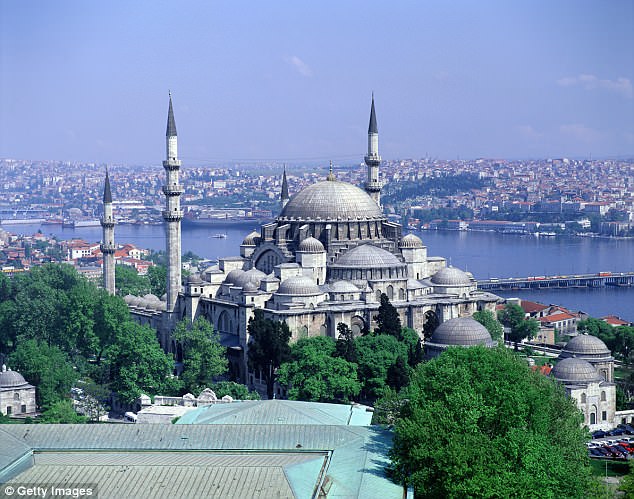 The Foreign Office (FCO) has issued a warning to British holidaymakers to ‘avoid large gatherings’ in Turkey during the presidential and parliamentary elections on June 24. Pictured is the capital, Istanbul

The Post Office recently named the Turkish resort of Marmaris as offering one of the best-value breaks for Brits in Europe.

Local prices remain low because of competition between restaurants and bars, keen to attract tourists back after a lean couple of years, the Post Office said.

Turkish police, meanwhile, are investigating the deaths of two British holidaymakers after they were found dead in their tent during their camping holiday in the Turkish Riviera.

The bodies of Natasha Amanda-Jane Layman, 45, and James Samuel Bryers, 50, were discovered by camp workers after they grew suspicious when the couple hadn’t been seen for 48 hours.

Their autopsy revealed they died of an overdose and a small amount of heroin was found near their lifeless bodies, according to local Turkish reports.

Tayyip Erdogan, Turkey’s most successful modern politician, is a polarising figure among his own people after 15 years of rule in which the country has seen strong economic growth but also arrests and purges following a failed 2016 military coup. 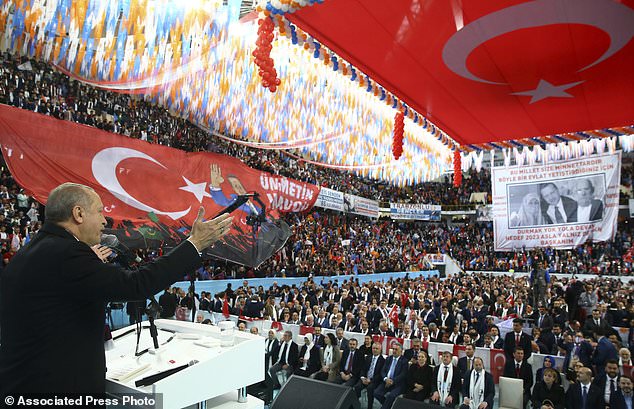 Erdogan has picked prominent ministers to run for parliament later this month, strengthening the ruling AK Party’s chances of winning a majority but putting their future role in government into question, party officials say.

Many cabinet members including the energy, defence, foreign and interior ministers were named last week by the party to run for parliament in the June 24 poll, where the Islamist-rooted AK Party faces a stiff challenge from an opposition alliance.

While boosting the list of candidates, the move could affect the shape of the future cabinet because lawmakers will not be able to hold ministerial posts under the new presidential system, unless they resign their seats.

The party, in power since 2002, remains Turkey’s most popular political force, but recent opinion polls have suggested it could struggle to win an absolute majority, even with the support of its nationalist MHP ally.