A PASSENGER was left fuming after the woman in front of her put her hair over the back of her seat during a flight – and decided to take matters into her own hands.

The disgruntled traveller was spotted putting chewing gum and coffee in the woman's hair as it blocked her TV screen. 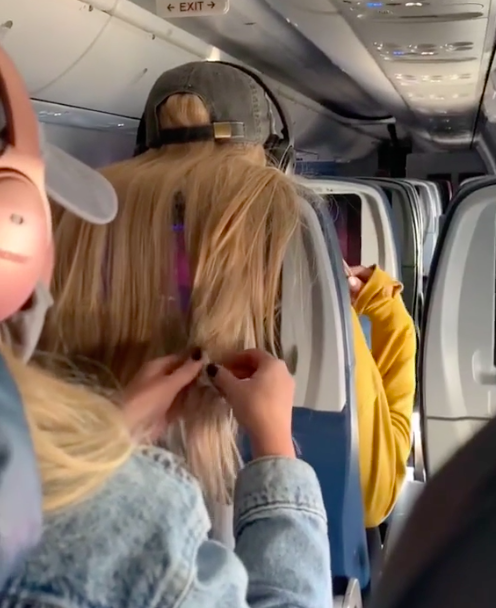 The video posted to TikTok, has divided opinion after the woman's hair was destroyed.

Along with the chewing gum and coffee, a lolly was also put into it, and was even cut in places using nail scissors.

At one point, a flight attendant walks past yet simply continues walking down the aisle.

Later in the video, the woman is caught throwing her hair over the back of the seat, only for the traveller to push it back, which happens multiple times.

The TikTok video has been liked 9.6 million times since, although many warn that it is fake. 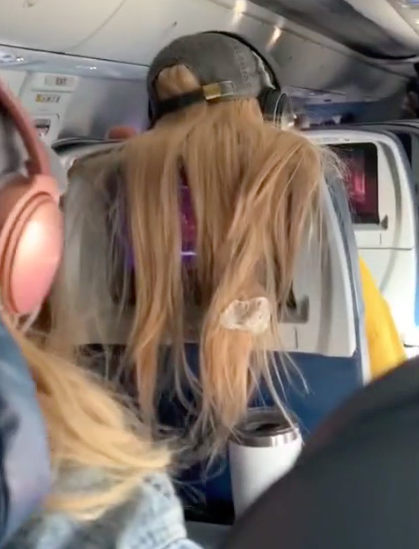 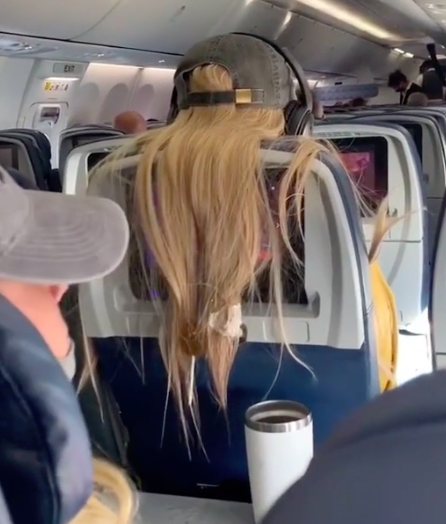 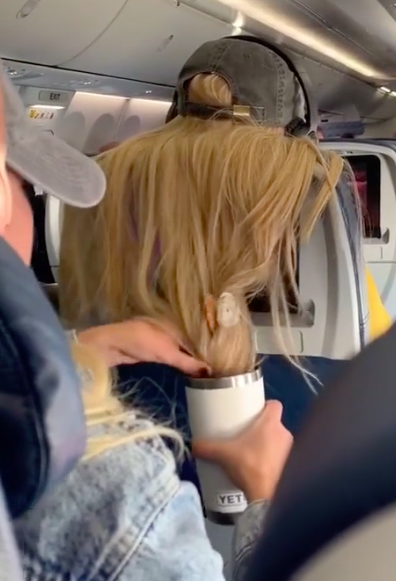 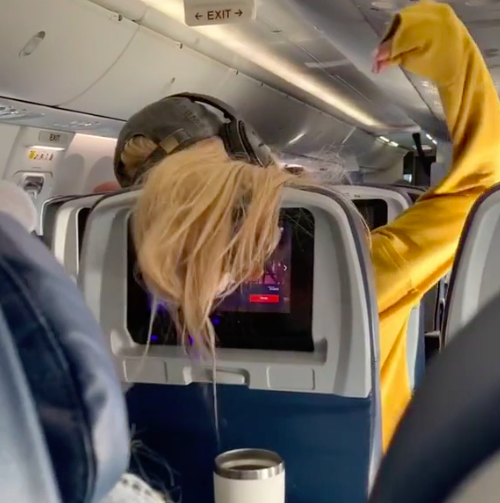 Many claimed it was a wig that the passenger was wearing and that it was staged, with other questioning how she wouldn't have felt it.

However, lots of people also said they would do the same if they had the same issue.

One person wrote: "Okay if this is real I agree with these actions."

Someone else said: "I would have cut so much more off once she kept flipping it back."

Another added: "Totally on your side."

Another passenger was caught chopping a woman's hair off during a flight, but later admitted it was a prank.

A TikTok user has even been banned from an airline after he posted a "hack" on how to get free baggage while travelling.

One woman went viral after she posted a video of herself laughing when a baby kept hitting her during a flight.

And, Furious:, gum, passenger, puts
You may also like:

Darius Rucker Surprises IHOP Guests by Buying Their Breakfast: 'It Was a Good Morning'

U.K. Cruise Line to Only Sail with COVID-Vaccinated Passengers: 'Our Priority is Their Safety'

EasyJet launch flights sale with seats from £19.99 – including Alicante, Majorca and Amsterdam