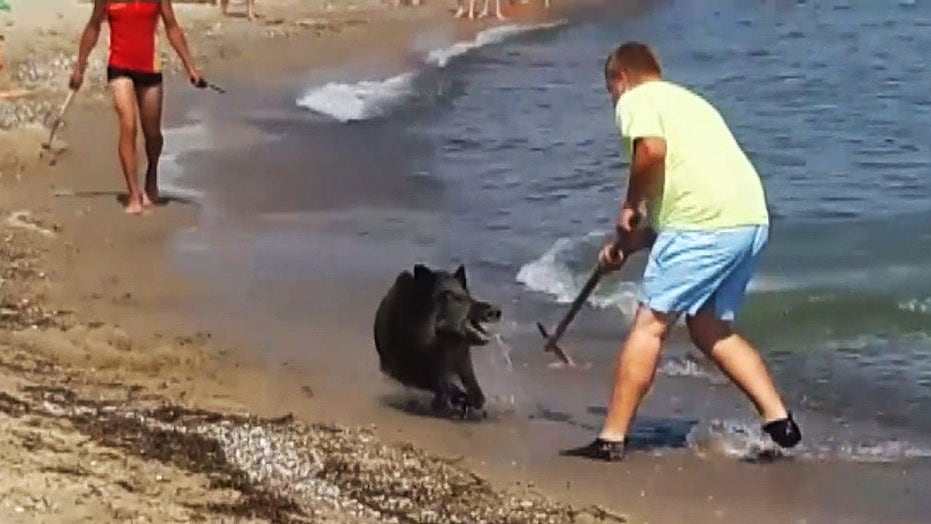 It’s not every day that you see a boar at the shore.

Sunbathers in Germany were recently surprised by a wild boar who swam in from the sea and charged onto the beach, giving onlookers an understandable scare.

The Associated Press published footage of the shocking sight at the Baltic Sea, in a 40-second video that hit the internet on Wednesday.

In the quick clip, sun worshippers chatted in the background as the wild swine paddled towards the shoreline. As the creature came closer, bystanders at the water’s edge darted out of the way as the boar rushed out of the sea. The wild animal charged at a nearby man, who whacked it in the face with a shovel.

From there, the boar ran over towels and around tents, as people yelled in the background. Moments later, the boar was off of the beach.

What's more, another boar recently caused chaos at a Berlin lake when it stole the laptop of a sunbather tanning in the buff, setting off a naked chase for the computer.

Beachgoers, flee, from, German, Wi
You may also like: