But for more than 40 years time has stood still at Nicosia International Airport in Cyprus. 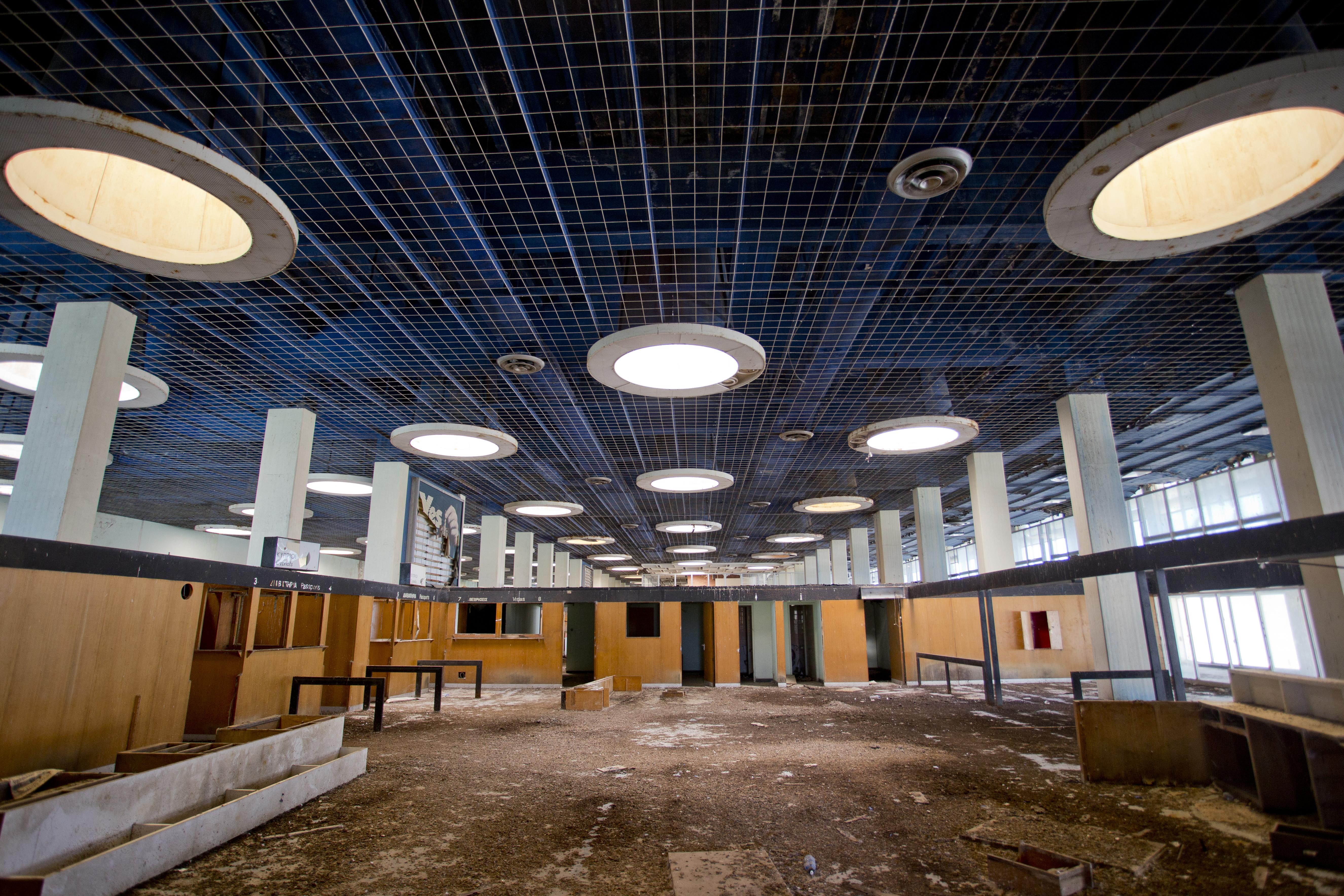 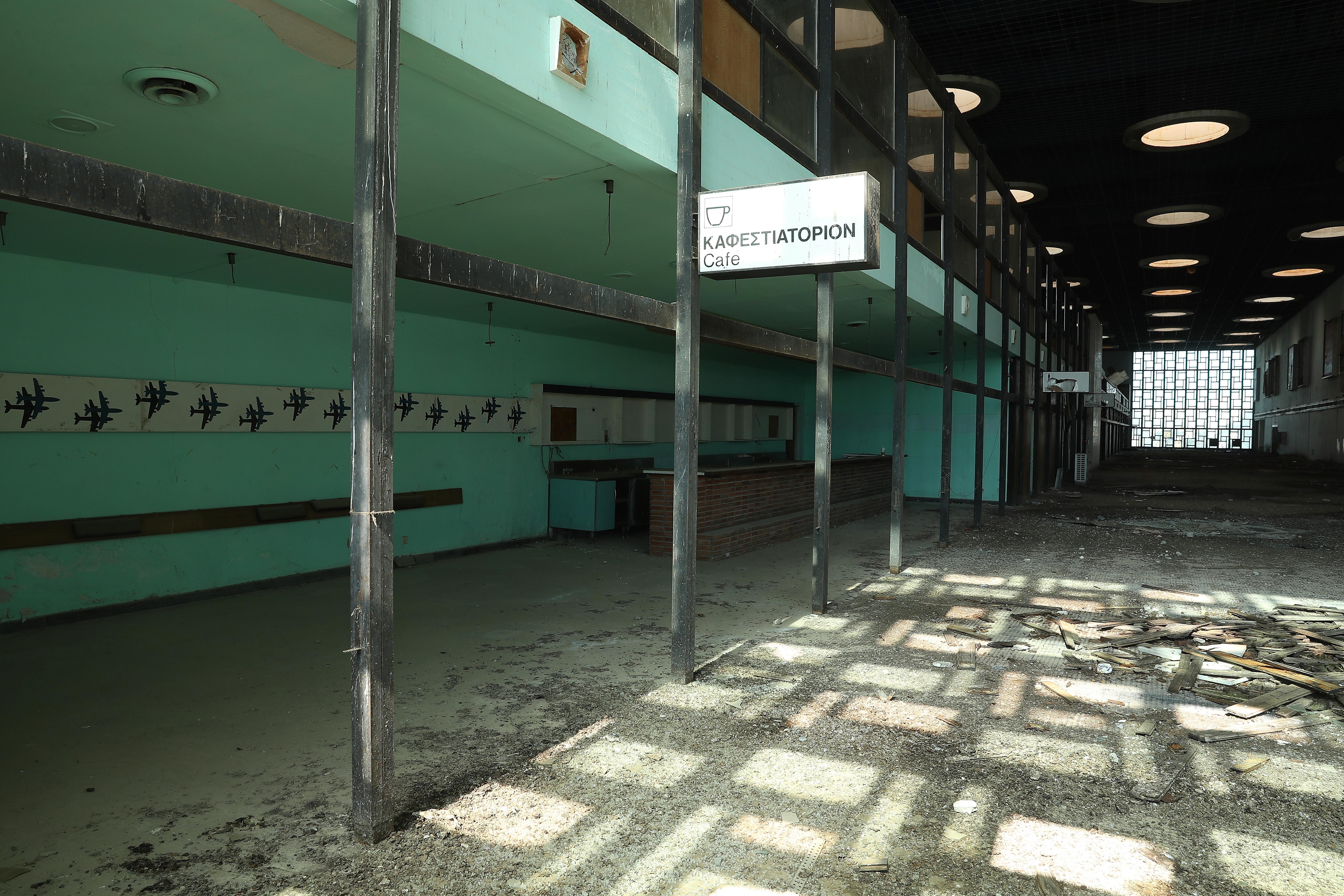 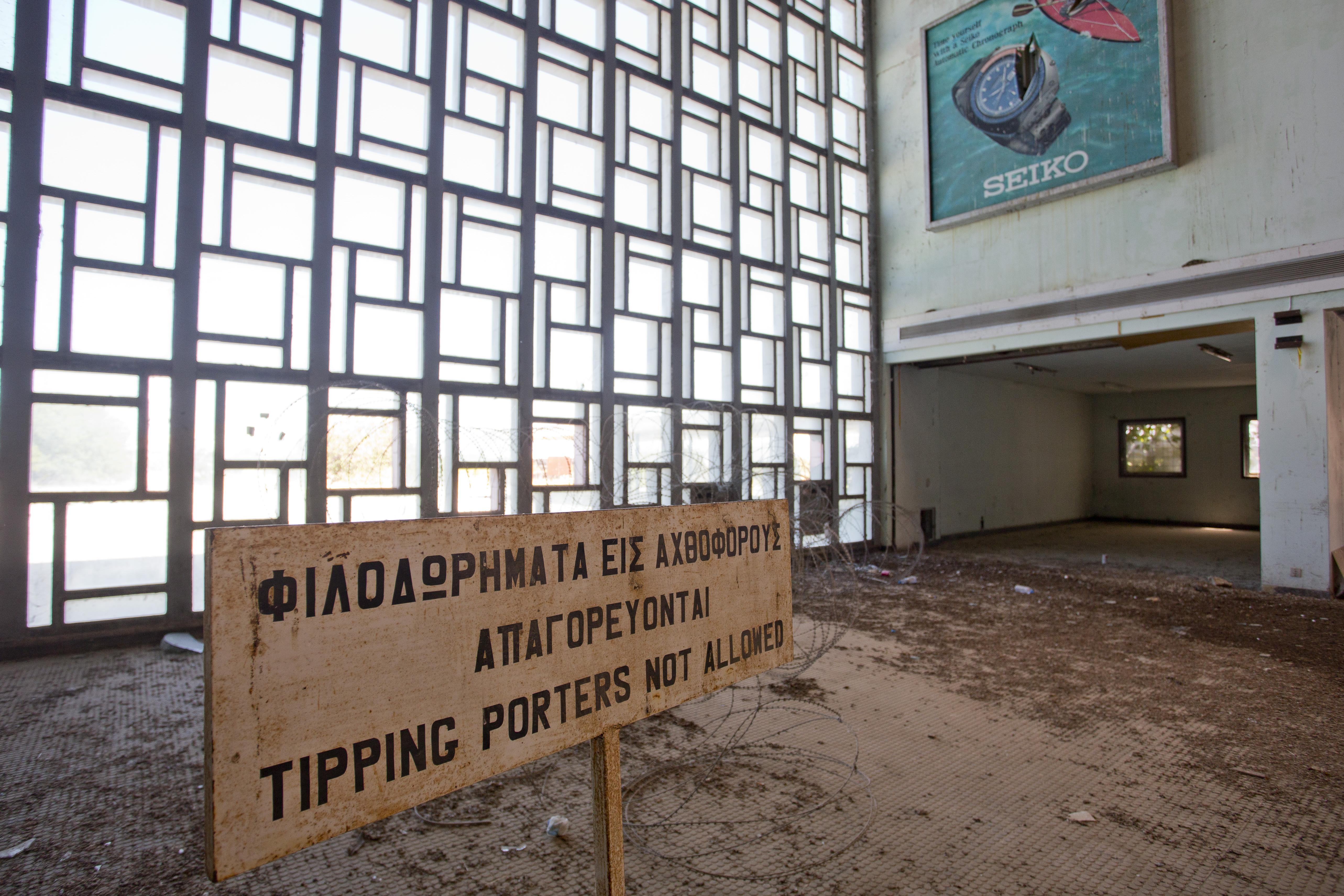 But it is now an eerie scene of decaying check-in desks and terminal equipment, and stripped-back jets stuck on the abandoned tarmac.

The airport became deserted after 1974, when it became a flashpoint for civil conflict on the Mediterranean island.

Cyprus had seen years of tensions between the Greek Cypriots and Turkish Cypriots after it became independent from Britain.

In 1974, Greek nationalists overthrew the elected president of Cyprus and in the days that followed, Nicosia airport was briefly used to bring in troops from Greece. 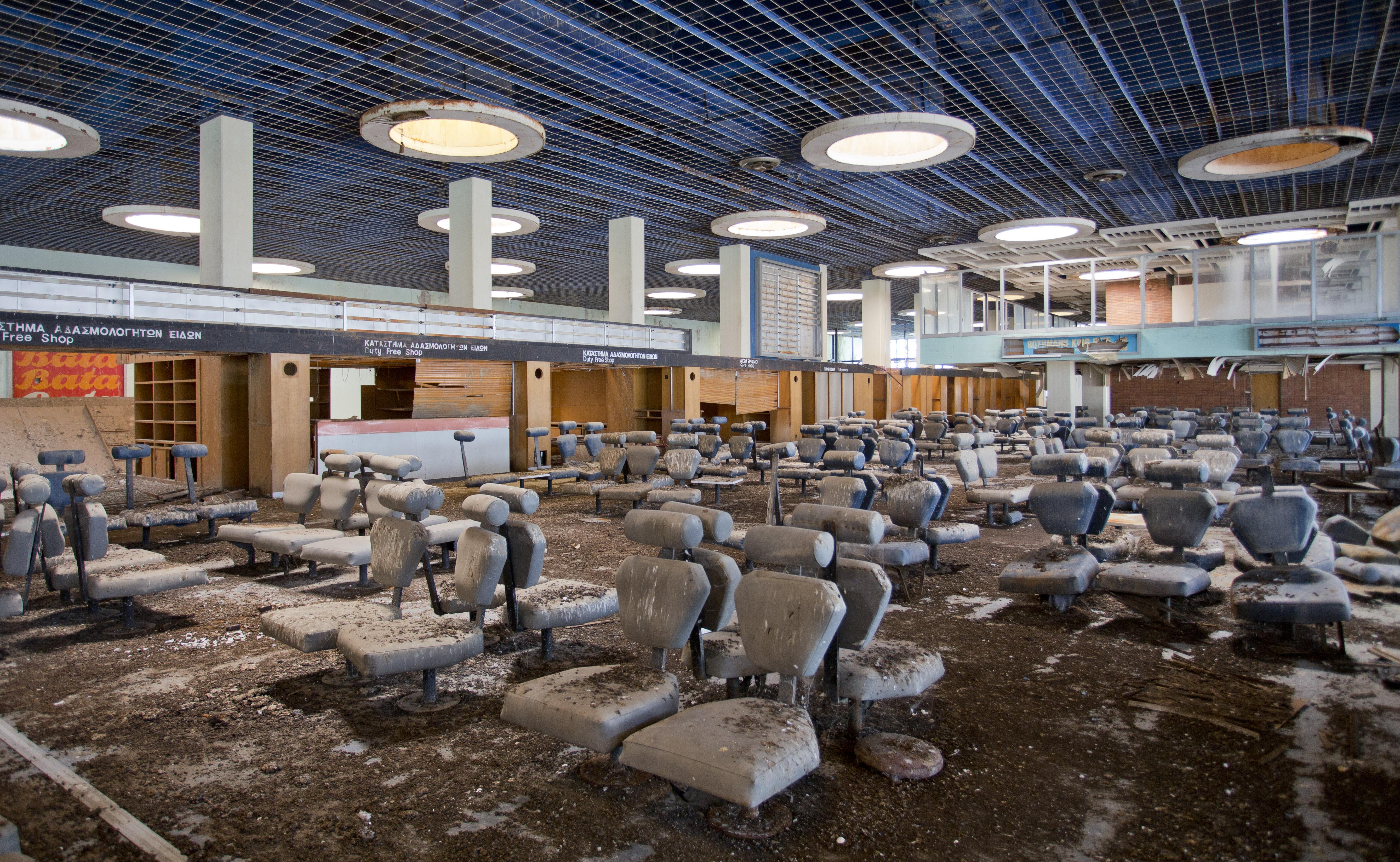 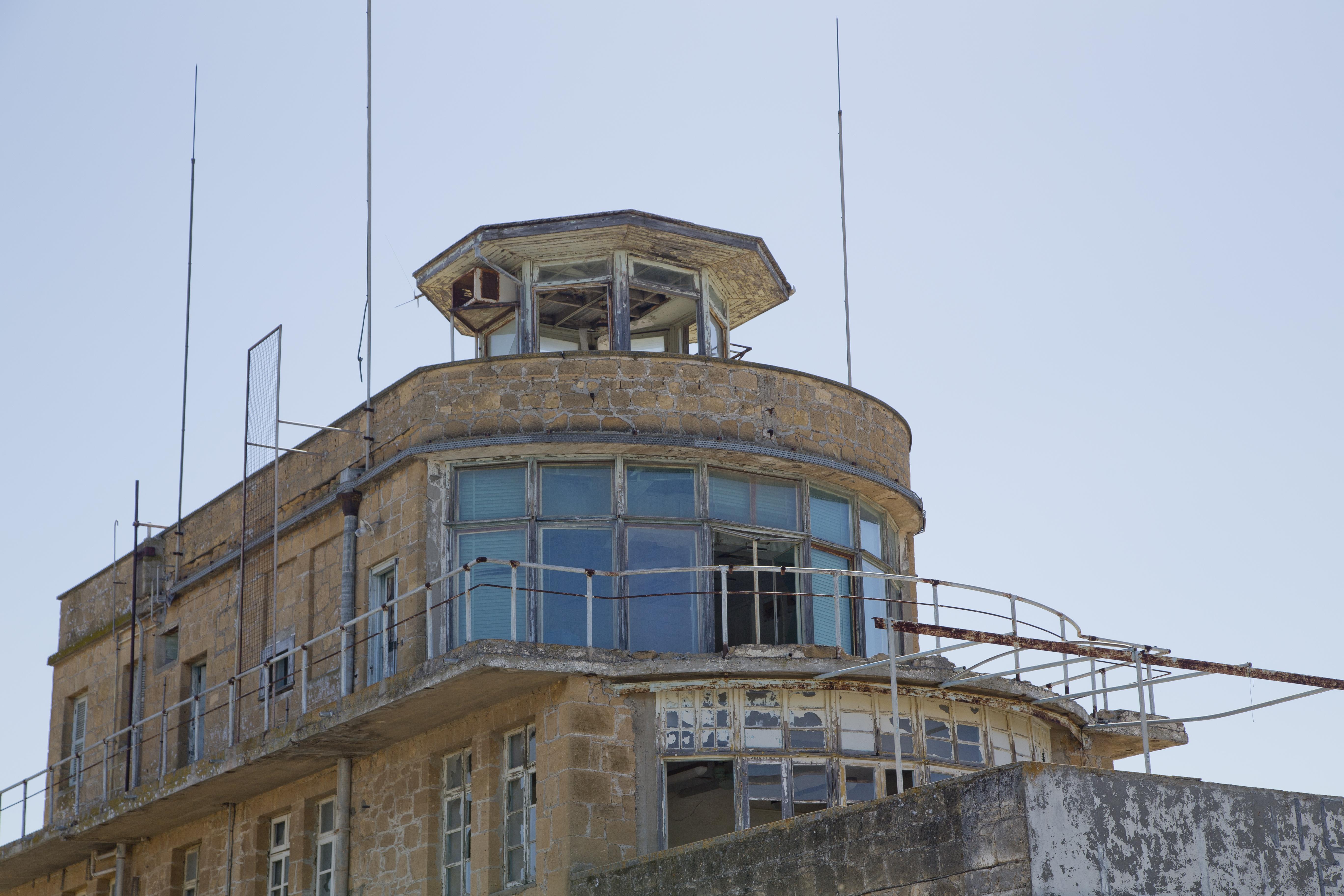 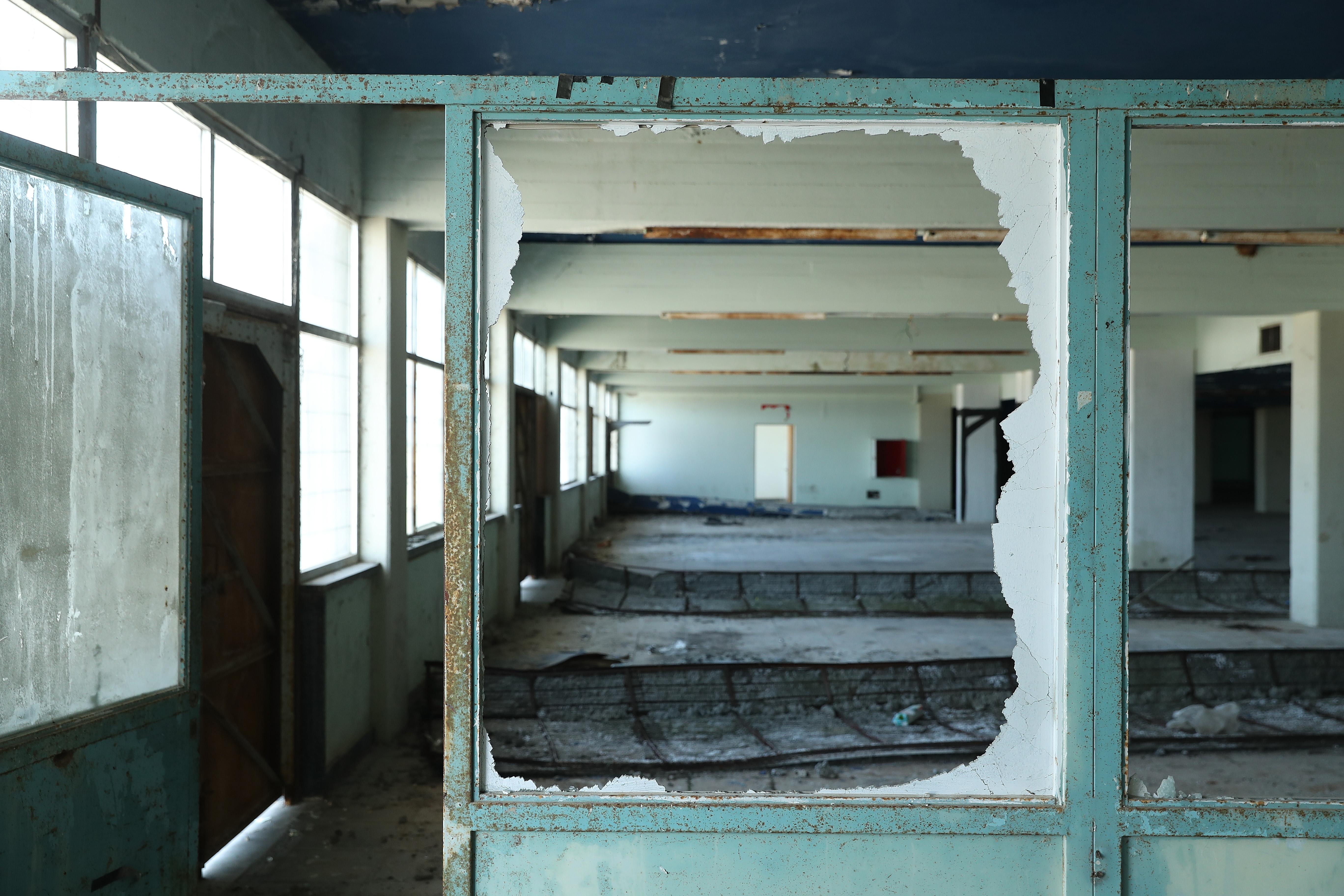 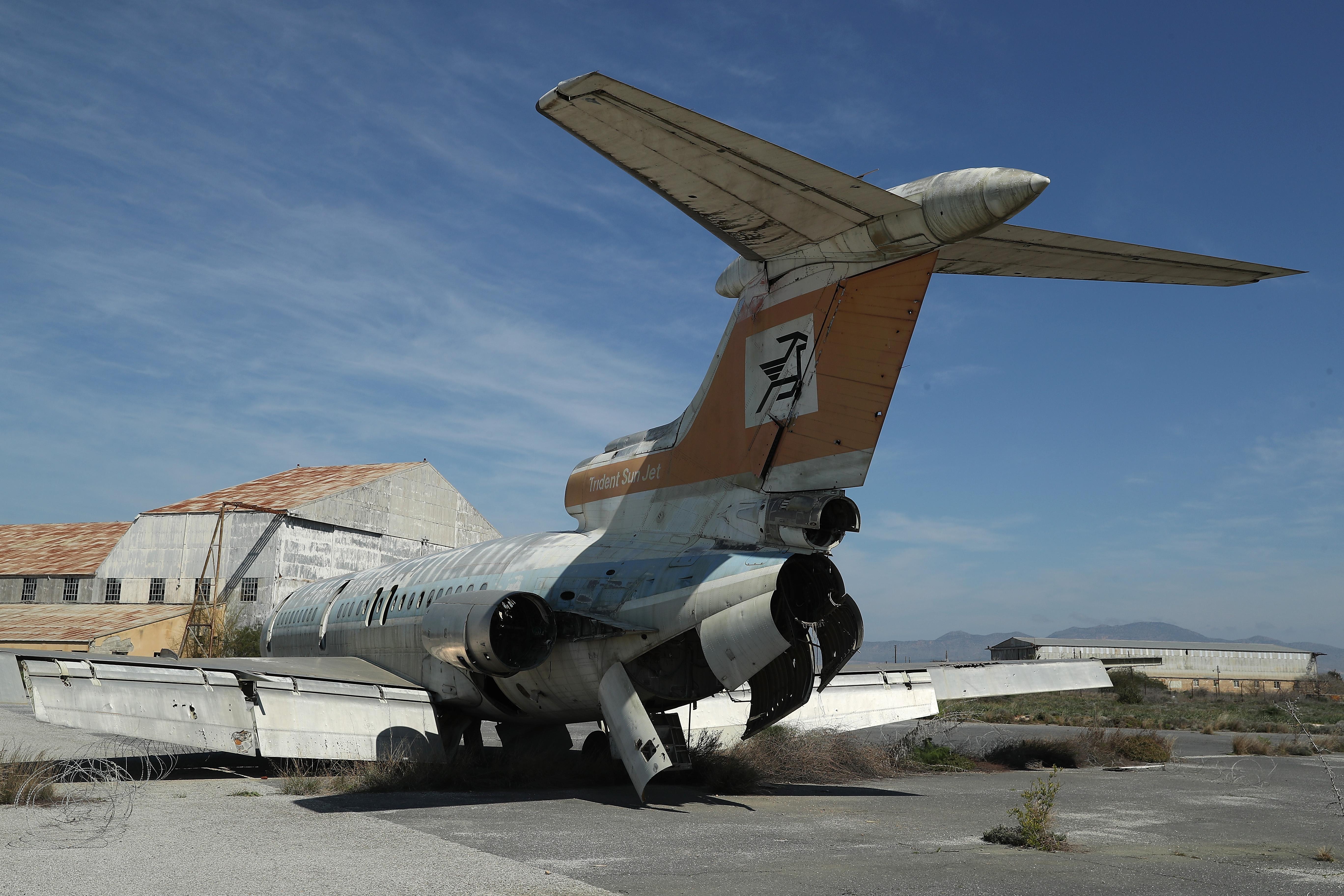 The airport was also a scene of chaos during that time, as holiday-makers and other foreigners sought to flee the conflict.

Within days of the coup d’etat, Turkey invaded Cyprus, and the airport was severely damaged in a bombing campaign.

A demilitarised zone was created and Nicosia airport wound up right in the middle of it, which led to it being suddenly abandoned. 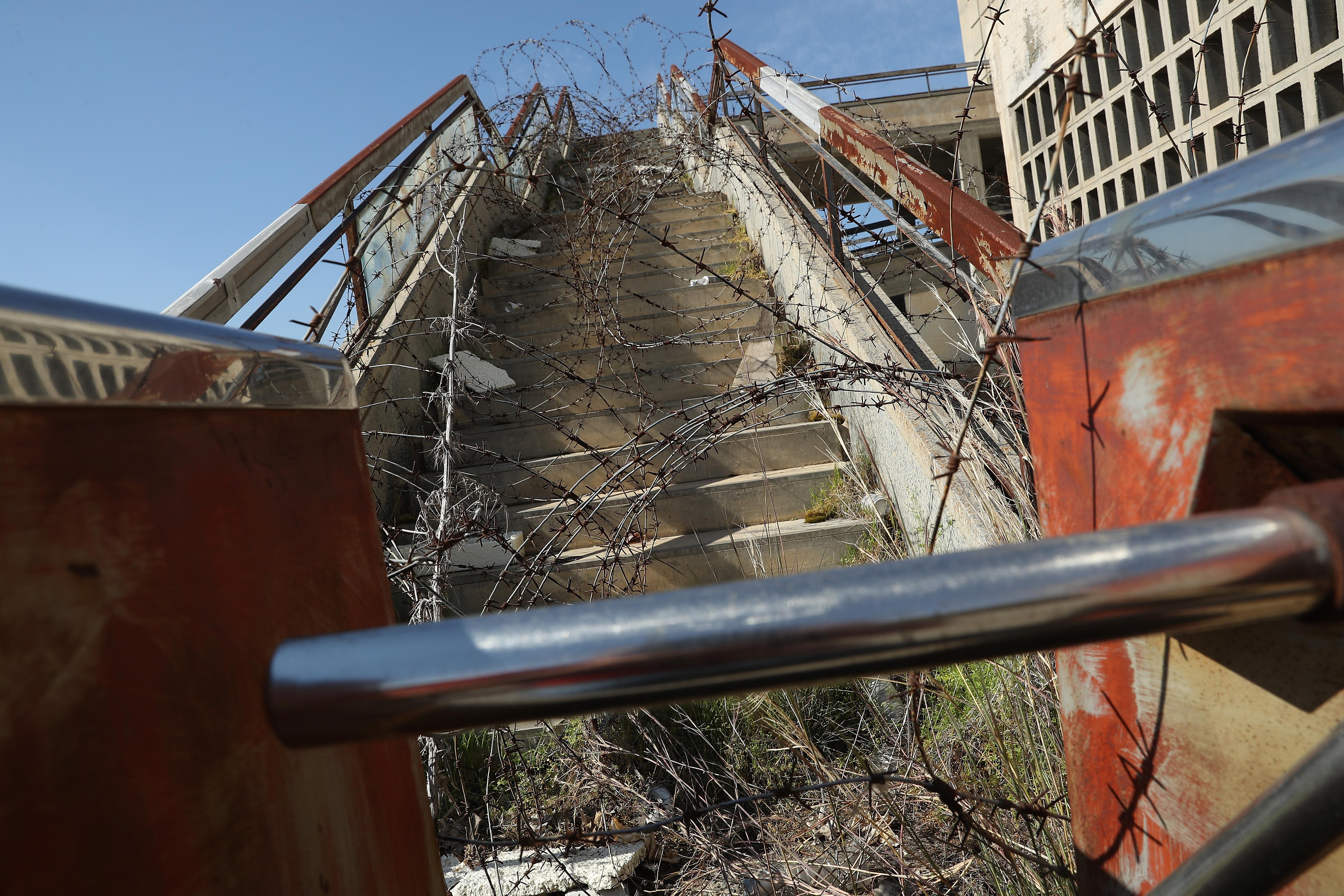 After Nicosia airport was abandoned, authorities opened a new international airport at Larnaca.

This is now the island’s main airport that most Brits  fly into or pass through.

But intrepid travellers who venture to neglected Nicosia airport can see how its has become frozen in time, with derelict rows of seats in the terminals, stained carpets on now-empty corridors, and decrepit jet planes stuck where they last came to rest all those years ago.

This story was originally published on News.com.au and has been republished with permission.

abandoned, Airport, by, Cyprus, haunting, holidaymakers, millions, of, Once, pictures, the, used
You may also like:

Up to 30 holiday destinations could be on the 'green list' this summer including Portugal, Dubai and the Maldives

Greece reopening to international tourists May 15; no quarantine for vaccinated Americans