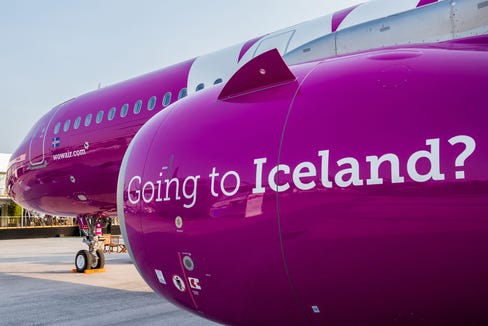 WOW Air, the Icelandic budget airline that shook up the U.S. market with Europe fares as low as $99 one way, will be acquired by rival Icelandair in a deal that could make the company a strong force in the trans-Atlantic market.

The deal is valued at $18 million, according to Reuters and the Financial Times. It must still be approved by Icelandair shareholders and by regulators.

Icelandair says the brands will continue to operate independently, but the tie-up could bring restraint to competition that has flooded the U.S. market with new capacity on the two Icelandic carriers.

WOW Air has opened more than a dozen new routes to North America since 2015, with Icelandair often matching its rival’s plans. That’s led to a sudden surge in some markets where nonstop flights to Iceland proliferated practically overnight.

In Cleveland, for example, the midsized U.S. market went from having no nonstop flights to Europe to suddenly having two to the Icelandic capital of Reykjavik after WOW and Icelandair announced flights only about 24 hours apart. And in Dallas/Fort Worth, the airport went from having no nonstops to Iceland to having three after WOW, Icelandair and hometown carrier American all announced new Reykjavik flights in just a two-month span.

Icelandair is more of a traditional full-service carrier, offering business-class seats and amenities more in line with traditional airlines. WOW, on the other hand, is part of a new breed of “ultra low-cost carriers” that charge extra for everything beyond boarding the plane.

Given their different niches in the market, Icelandair says the companies will continue to operate as standalone brands.

Budget, buy, Icelandair, rival, to
You may also like: