Lanzarote could be the relaxation capital of the world

On the volcanic isle off Africa’s Atlantic coast everything is geared towards unwinding. 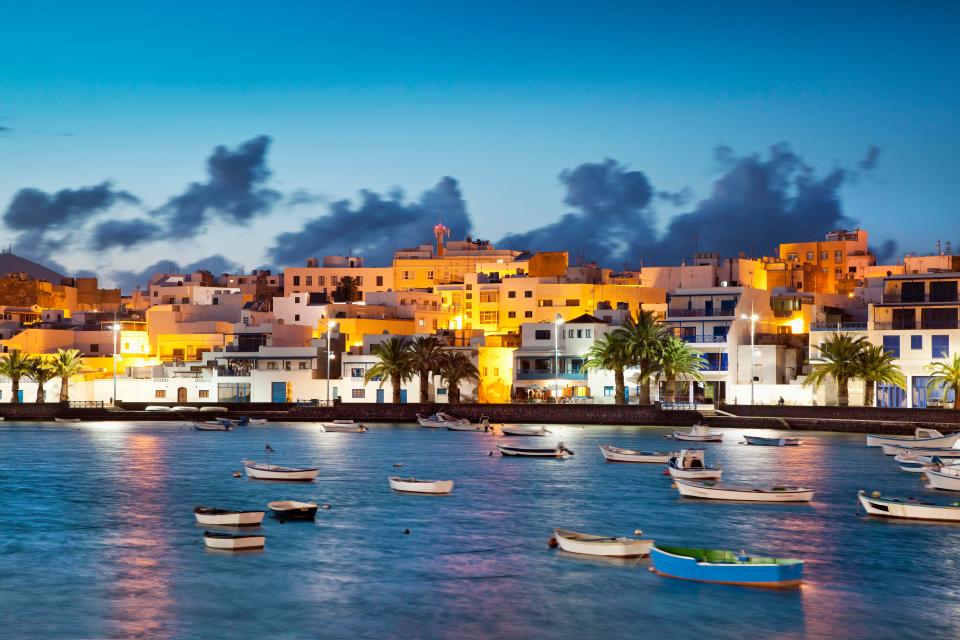 An oasis of peace and tranquillity, the pace is wonderfully slow, the locals are never in a hurry and even the goats grazing the craggy hillsides appear chilled out.

The temperature is around 21C in the shade in early April but after the English winter it seemed far warmer.

The Kamezi Villas complex outside the resort town of Playa Blanca are classic Lanzarote — gleaming white-wash walls, immaculately clean and tidy, where silence is golden.

There are just 36 villas on the site — a choice of two, three, four and five-bed, most with their own pool. 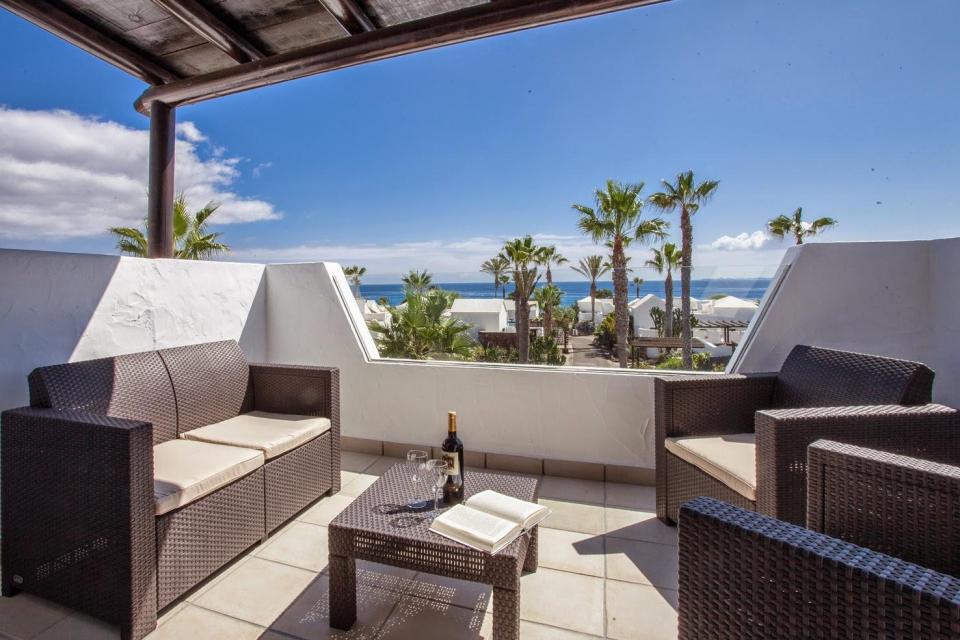 All are named after famous people, from Brad Pitt, Tom Cruise and Steve McQueen to Walt Disney, Beethoven and our own Richard Branson.

As a former Sun Motoring Editor, I was happy in the three-bed Henry Ford Villa, named after the man who brought driving to the masses.

If you want to spoil yourself, pay just a little extra and opt for a room with a glorious ocean view.

Our days began with opening the curtains to blue skies and waves crashing against rocks and ended with a sunset barbecue on the patio followed by a moonlit dip in the pool.

If you can’t be bothered to cook, and we couldn’t, you’ll find a full selection of restaurants — Greek, Italian, Argentinian, Indian and Spanish — to suit every budget.

All are within a ten-minute stroll along the stunning coastline, in either direction from the villa.

And yes, you can get a burger and chips and even an all-day full English if you are missing home. 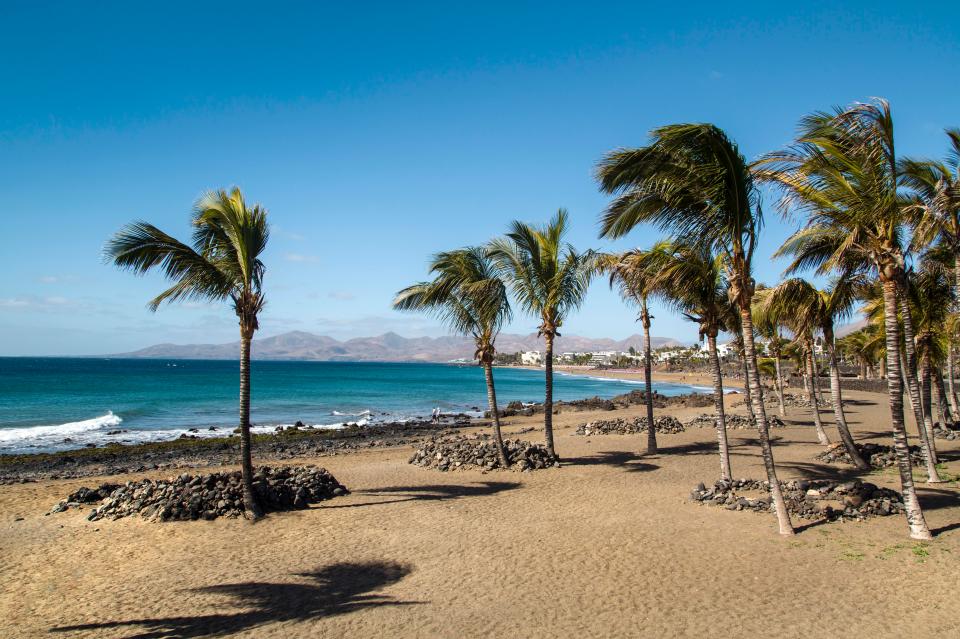 There is also a handy shop on site that sells fresh bread and cakes along with all the essentials — including The Sun.

Childcare is available and there is a playground to keep the little ones happy.

But if this is all sounds a little too sleepy, worry not — Lanzarote does have its hotspots for nightlife.

Puerto Del Carmen, west of Arrecife, is a bustling resort, and many of the bars in Playa Blanca host live music.

And there is plenty to do in the day for the thrillseekers, from waterparks, scuba-diving and wind-surfing, to go-karting, boat trips and bike and camel rides.

Meanwhile stunning Papapgayo Beach is just a seven-mile drive away. 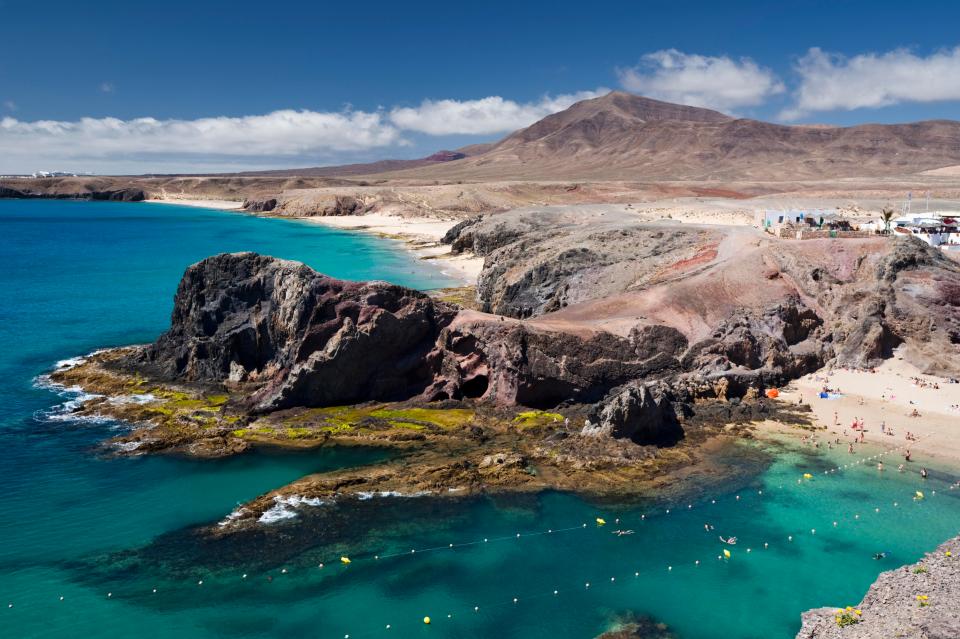 Or take a 4×4 safari to explore the island’s spectacular volcanic rock formations — and visit the Timanfaya National Park at the heart of the island.

Most holidaymakers hire a car, and a small supermini will set you back just over £87, or there is also a good local bus service and taxis are relatively cheap.

For the more adventurous, there is always a three-wheel Easy Rider motorbike — for a spot of touring.

Getting around the island is simple — at just over 60 miles long, you can cover it in a day.

We hired a cab from the airport straight to the villa for £39 and happily walked every day.

Along with year-round sunshine, Lanzarote has a constant breeze which is perfect for keeping you cool while also perfecting that tan — just watch it does not fool you into getting sunburnt.

Lanzarote is somehow still not too commercialised and is gloriously tranquil — yet with some very smart properties.

Vistas of volcanic formations sprinkled with cactii may seem stark, but the island is spectacularly beautiful.

It truly is a haven in which to unwind and allow your holiday to do what it should — recharge the batteries.

STAYING THERE: Seven nights’ self-catering at the Kamezi Villas, Lanzarote, costs from £519pp based on two sharing.
GETTING THERE: Flights from Birmingham with Jet2 are from £127pp return.