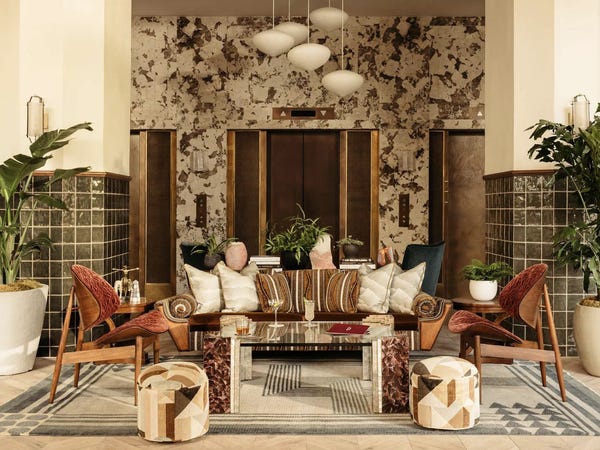 Wildfires have raged across the West Coast in recent weeks — from Washington to California — causing at least 70,000 people to evacuate their homes.

In response to the emergency, luxury hotel chain The Hoxton is offering evacuees a place to stay at its two West Coast locations: Downtown Los Angeles and Portland, Oregon.

"With the spread of wildfires growing on the West Coast, we want to offer a home at the Hoxton for those in need," the hotel announced via an Instagram post on Thursday.

"For LA and Portland residents who have been displaced, just email [email protected] or [email protected] with proof of address and we'll get you sorted with a place to call home for the night," read the hotel's announcement.

With the spread of wildfires growing on the West Coast, we want to offer a home at the Hoxton for those in need. For LA and Portland residents who have been displaced, just email [email protected] or [email protected] with proof of address and we’ll get you sorted with a place to call home for the night. Stay safe everyone 🧡

The hotel's announcement has garnered hundreds of Instagram comments and re-shares on Twitter since it was posted.

"Wow. Haven't cried this entire time (been in fight mode), but this got me," one commenter said of the hotel's offer.

Tess Dunne, a guest services manager at The Hoxton LA, told Insider that California residents who are in mandatory evacuation zones automatically qualify for a free stay.

Dunne said that others who are impacted by the wildfires and the air quality — but whose homes aren't in a mandatory evacuation zone — are eligible for a 50% discounted rate at the LA hotel, which, at the time of writing, has a rate of $184 per night for two adults.

Dunne said that since the hotel has vacancies due to the coronavirus pandemic's toll on travel, hospitality, and tourism, there are plenty of spaces at the LA establishment for evacuees in need.

"We have a lot of space because of COVID-19, and our numbers are lower than usual, so we can accommodate people for a while now. We've been spreading through word of mouth and have been getting a lot of foot traffic through Instagram," Dunne said.

Dunne added that someone is answering the hotel's emails "24/7."

"For people that need a place to stay, someone's always on the other line," Dunne said.

The Hoxton is also a dog-friendly hotel, which Dunne said has been a comfort to many people fleeing their homes amid the wildfires.

Representatives for The Hoxton in Portland declined Insider's request for comment.

The Hoxton, which has been described as an "anti-hotel" because of its open-concept designs, modern room layouts, and millennial-centric amenities, also has locations across Europe and London, as well as in Chicago and Brooklyn's Williamsburg neighborhood.

Several other companies are offering free services to West Coast wildfire evacuees. For example, U-Haul is offering 30 days of storage at no cost for 15 locations in Oregon and Washington, according to NBC-affiliate KGW8. Airbnb also opened up free shelter locations through its Open Homes program.