The company’s cruise branch Marella Cruises has only recently changed their pool policy, which now rules that infants who are not potty-trained – even if they are wearing especially designed swimming nappies – are forbidden. 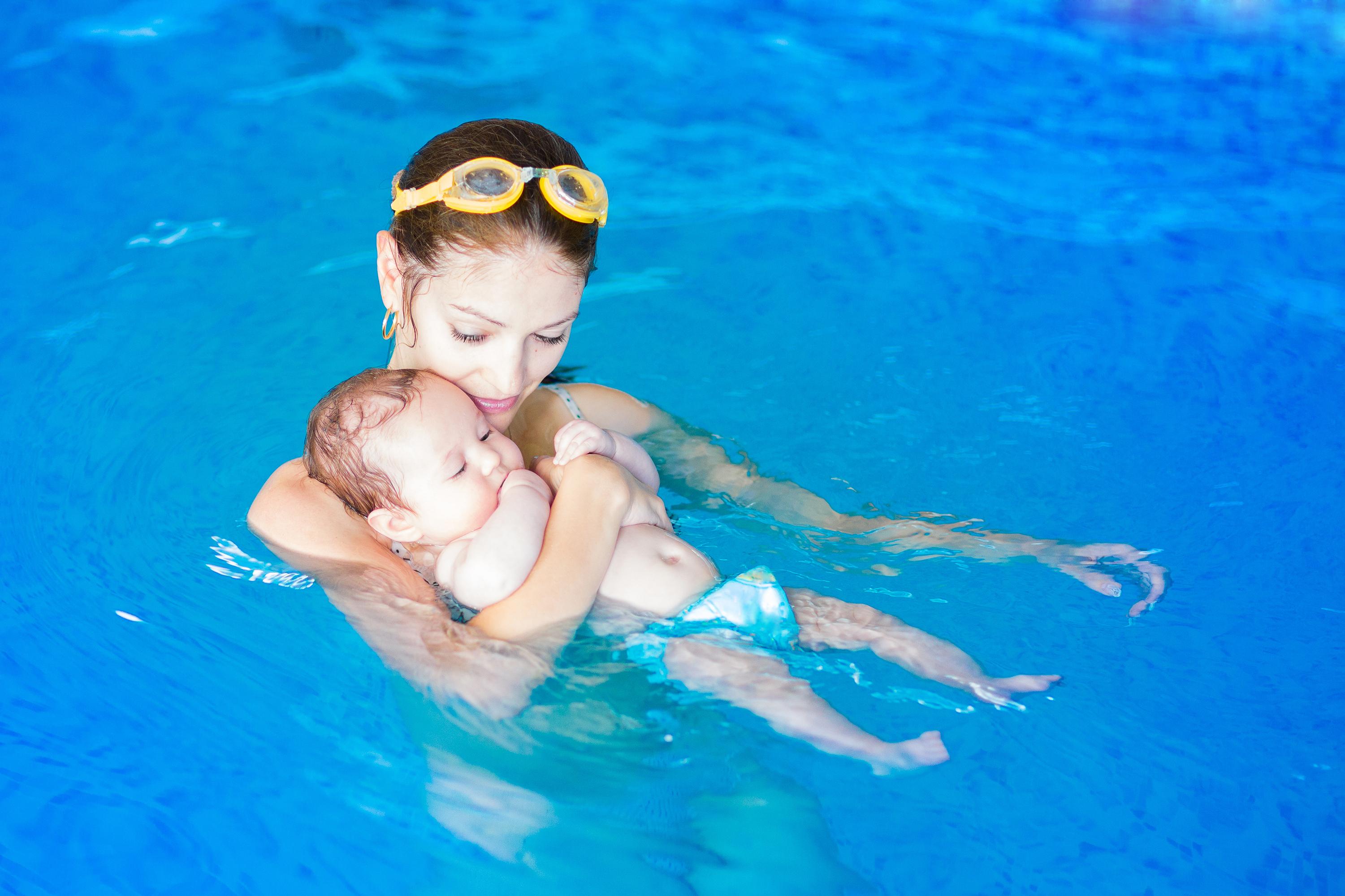 Mum-of-one Clare Ellis, 34, from London, told Sun Online Travel that she had booked a European honeymoon cruise for her husband Chris, 36, and their 14-month-old toddler through TUI in October 2017.

The couple couldn't wait to share their special holiday with their son, who they knew would love splashing about on deck.

But earlier this month, just four days before the family were due to leave, Clare received an email from the company stating the new pool rules.

The email read: “This winter we’re updating our swimming pool rules to keep all our ships in line with European and US health policies." 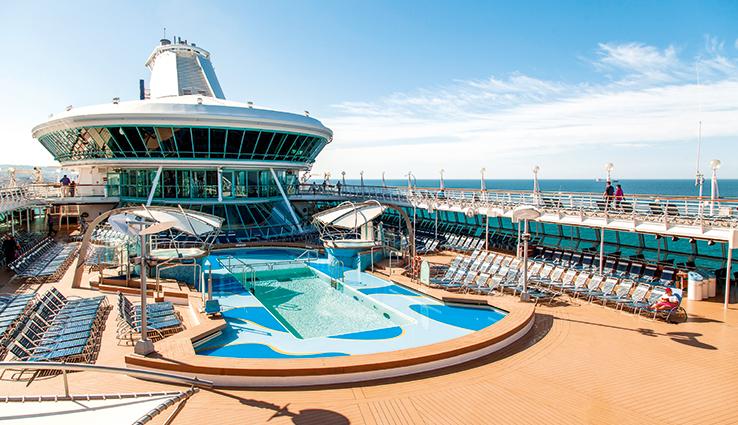 It continued: “This means that children in nappies – including swim nappies and pull-ups – as well as children who aren’t toilet-trained won’t be allowed in any of our on-board pools.”

“We hope this doesn’t cause too much inconvenience and that we’ve explained the reasons for the change clearly.”

Many cruise lines operate a no toddlers in the pool policy – due the increased risk of illness spreading – but TUI's Marella previously allowed infants to swim in swimming nappies.

But the policy was not made clear to parents booking a cruise until after the time of booking. 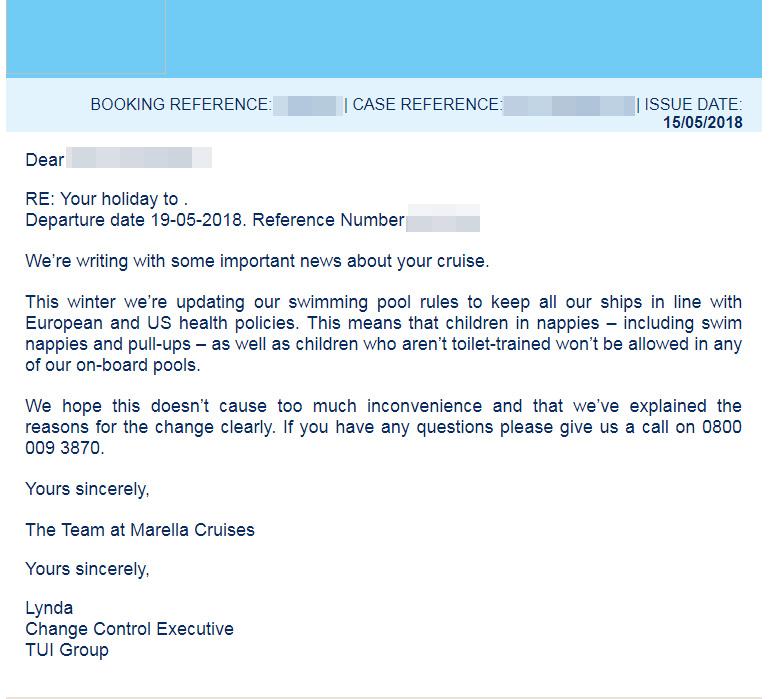 Clare told Sun Online Travel: “To say I was upset is an understatement, I honestly thought they were joking.

“I rang the store and explained how upset I was. It’s not just a holiday it’s a honeymoon. And I was shocked at receiving this e-mail four days before we are due to go.”

“The lady said she understood how I felt but did not apologise, she instead advised me ‘that rather than complain now to go away and see if it impacts us or not’, she said ‘that it's unlikely that we would even use the pool’.”

After several frustrating phone calls with the company’s customer service team, Clare and Chris were offered a celebratory cake, strawberries and Champagne.

But the whole experience left the couple fuming. 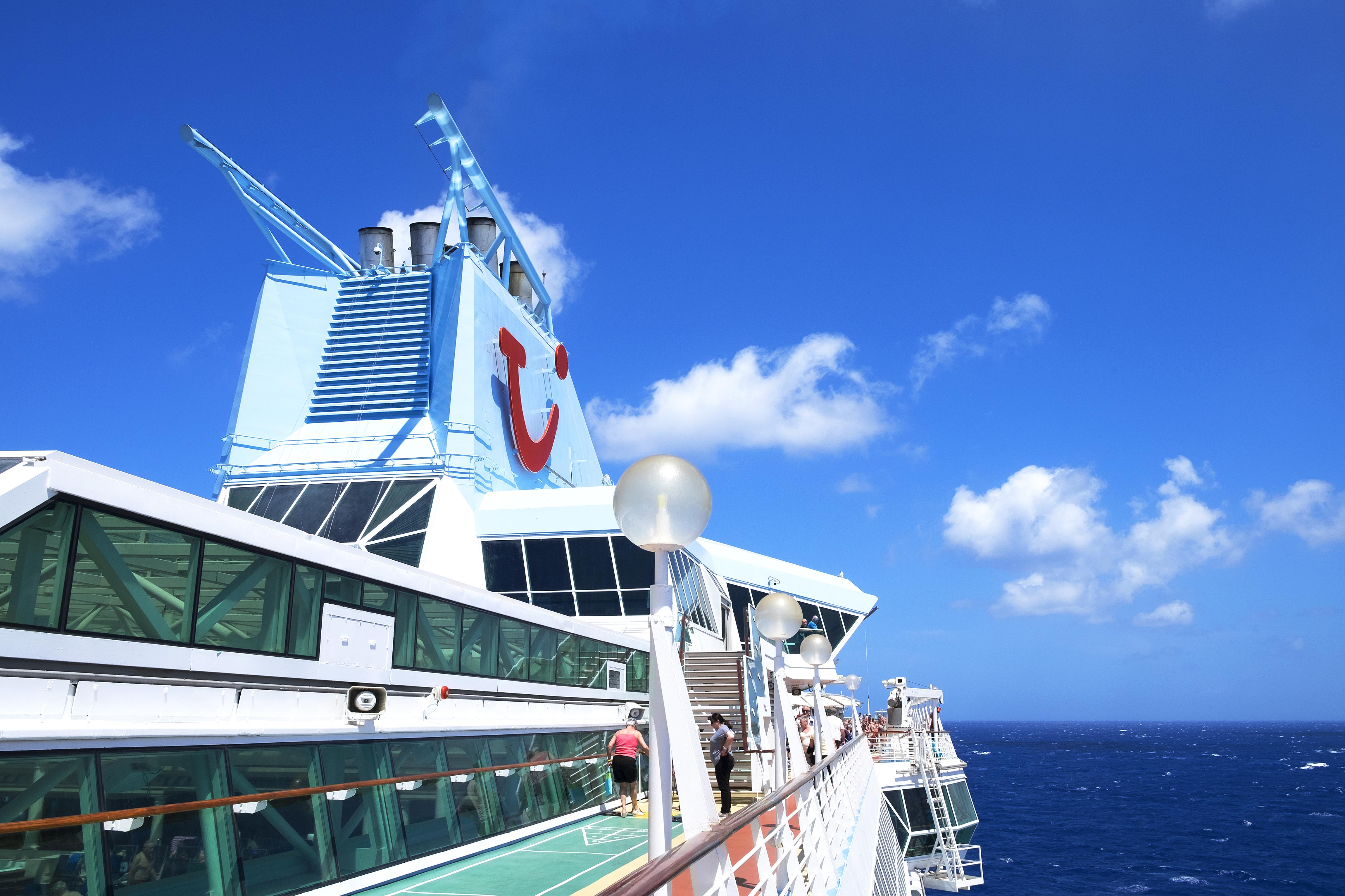 Clare added: “The last few days have been stressful, upsetting and exhausting. It has completely spoiled the lead up to the honeymoon.”

“When I look at my son it makes it even worse as I know how upset he's going to be at not going into the pool, this then impacts us both as we cannot go either because once he sees water he wants to go in it.”

“We are asking TUI for compensation of money, however no amount of money will ever change the fact that the e-mail has totally ruined the whole trip for us before we even set sail." 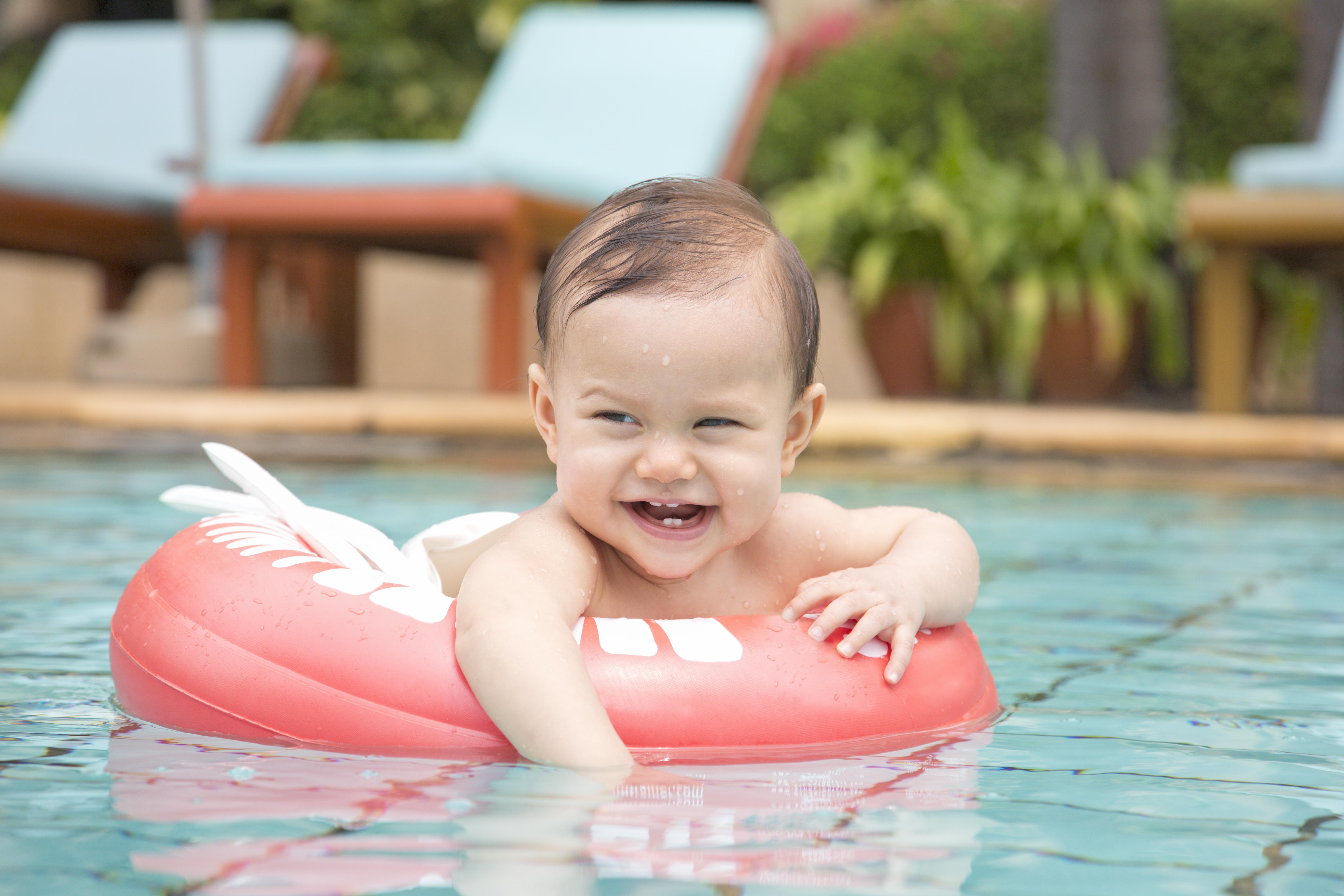 She continued: “[Also] we feel uncomfortable with [financial compensation] because it implies that we are willing to see our son upset at a cost, which is not true.”

“We booked a cruise because we wanted to travel round multiple places as a family.

“As a result of this email we have been left with little choice but to go on a holiday that was never fit for purpose.”

When Sun Online Travel contacted TUI, a spokesperson on behalf of Marella Cruises said: “We’re constantly reviewing our policies and we have recently updated our rules regarding children in the swimming pools.

“We have advised customers that children in nappies – including swim nappies and pull-ups – as well as children who aren’t toilet-trained won’t be allowed in our onboard pools.

“This policy follows cruise industry best practice and has been put in place to maintain the welfare and general health and wellbeing of all customers.

“We appreciate the inconvenience this may have caused and we’ve contacted all affected customers directly.”

as, Babies, ban, cruise, fury, in, Marella, mother#x27;s, nappies, on, pools, ships, swimming, their, TUI
You may also like:

The Isle of Man is ALREADY opening up self-catering properties – so when can we get there?

Boris Johnson is in 'full panic' mode and should open doors to Europe as soon as possible, blasts French MP